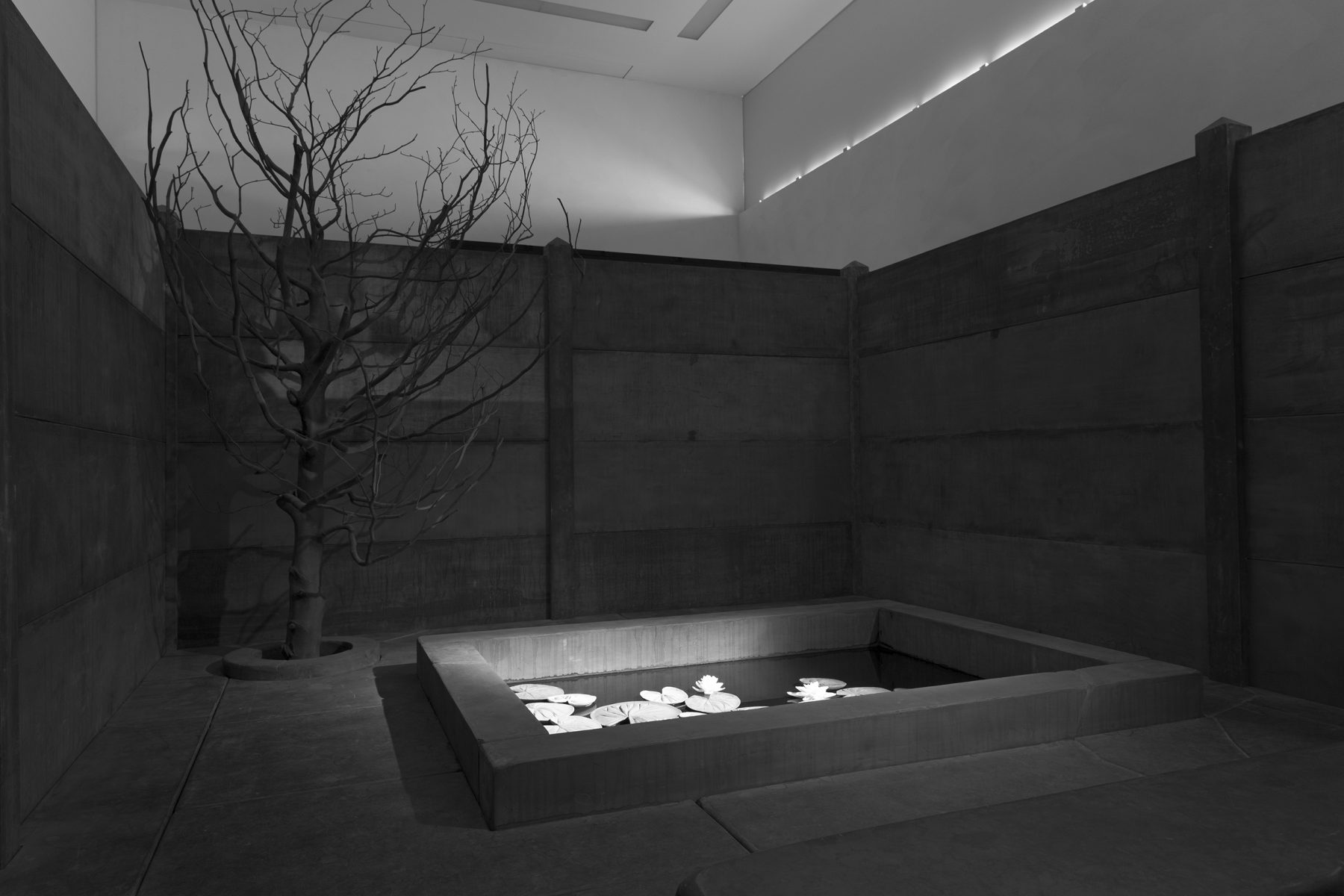 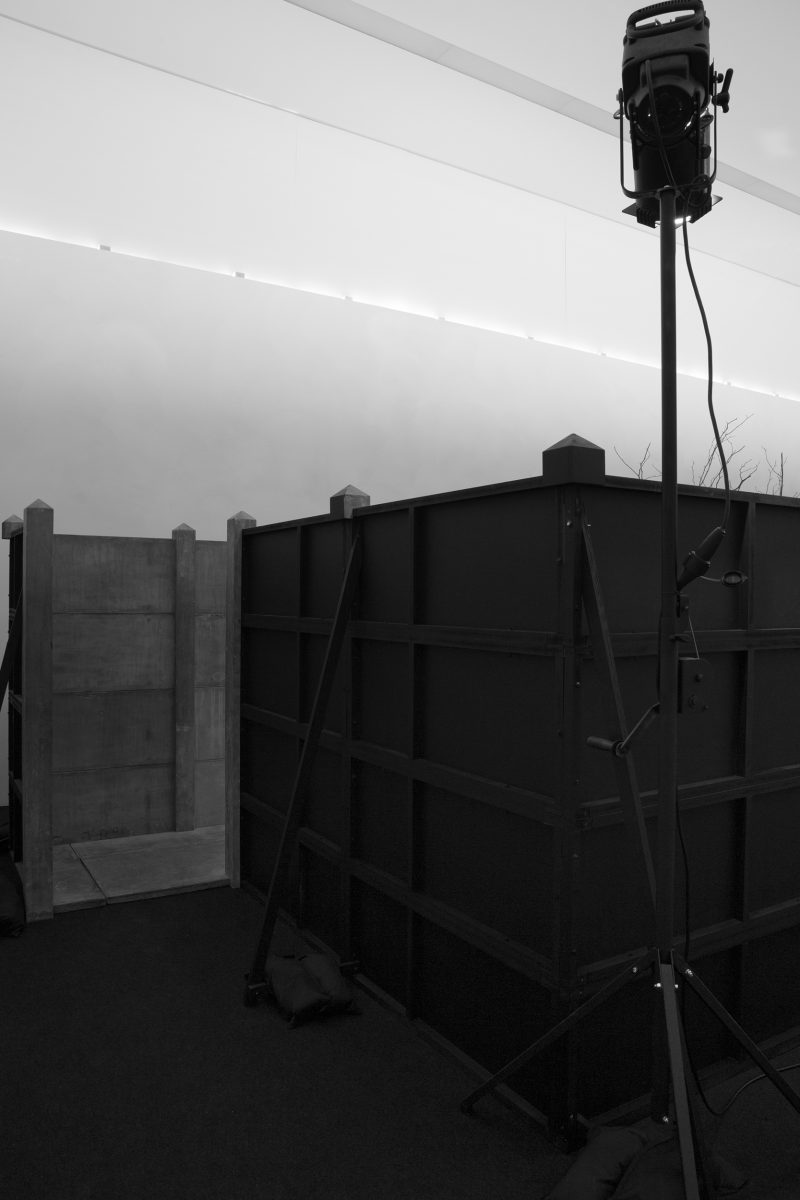 Secret Garden is an achromic, life-sized sculptural installation that derives from Op de Beeck's artistic research conducted in the period 2001-2003, in which one of his subjects focused on the humanisation and domestication of nature. These works, expressed in diverse media such as narrative film (My Brother's Gardens, 2003), animated film (Gardening, 2001), and sculptures (Pond, 2003), all deal with the awkward way in which we try to tame and organise the natural expanse. Both indoors and outdoors, we like to organise our surroundings in order to create a small and safe paradise for ourselves.
Secret Garden is a silent and poetic, yet also rather absurd representation of an idiomatic little garden, presumably trapped between the walls of private properties in an overly developed urban context. This work reveals one of the characteristics of Op de Beeck's oeuvre in general, particularly the thin line between the tragic and the comical, between severity and ridicule.