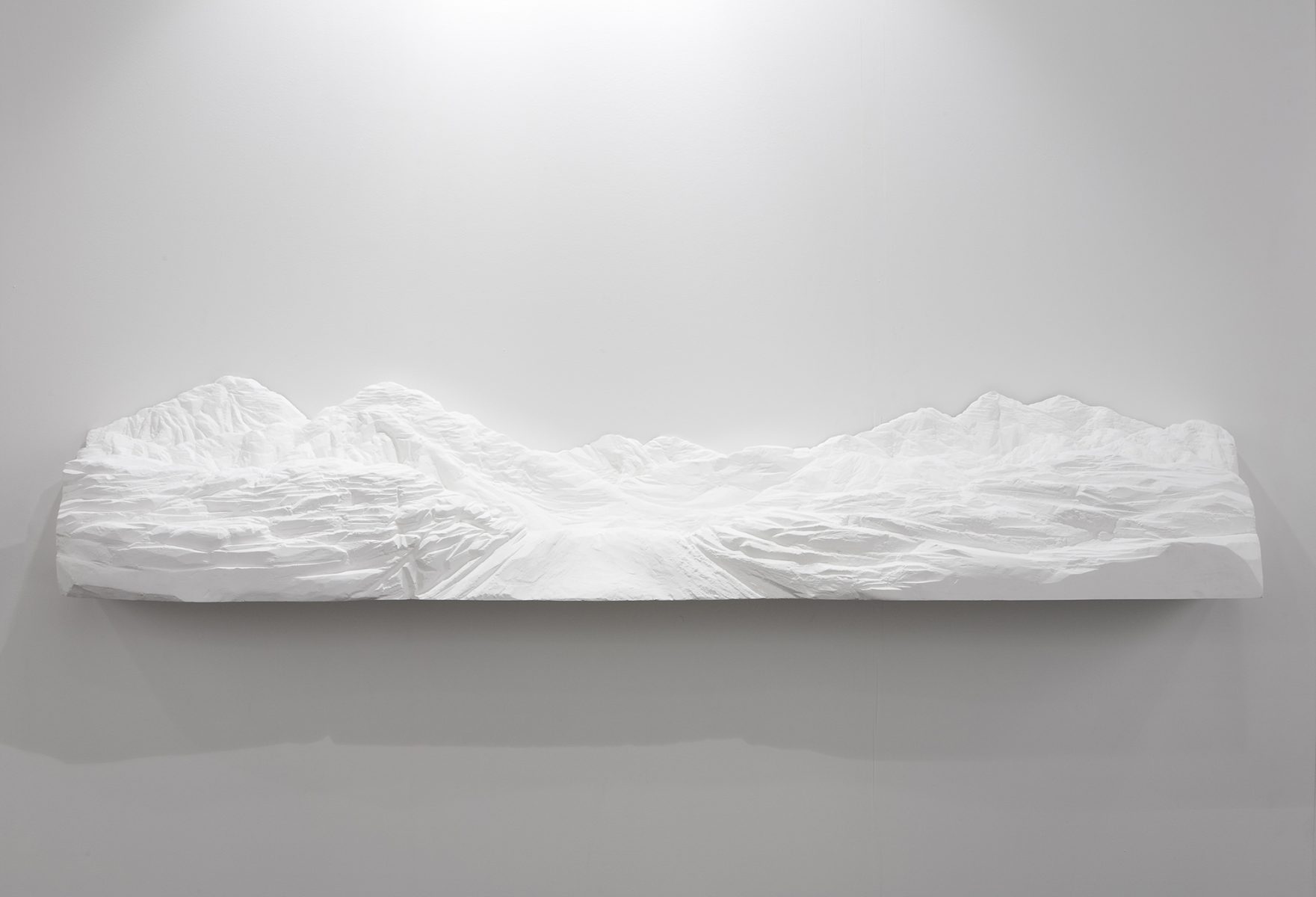 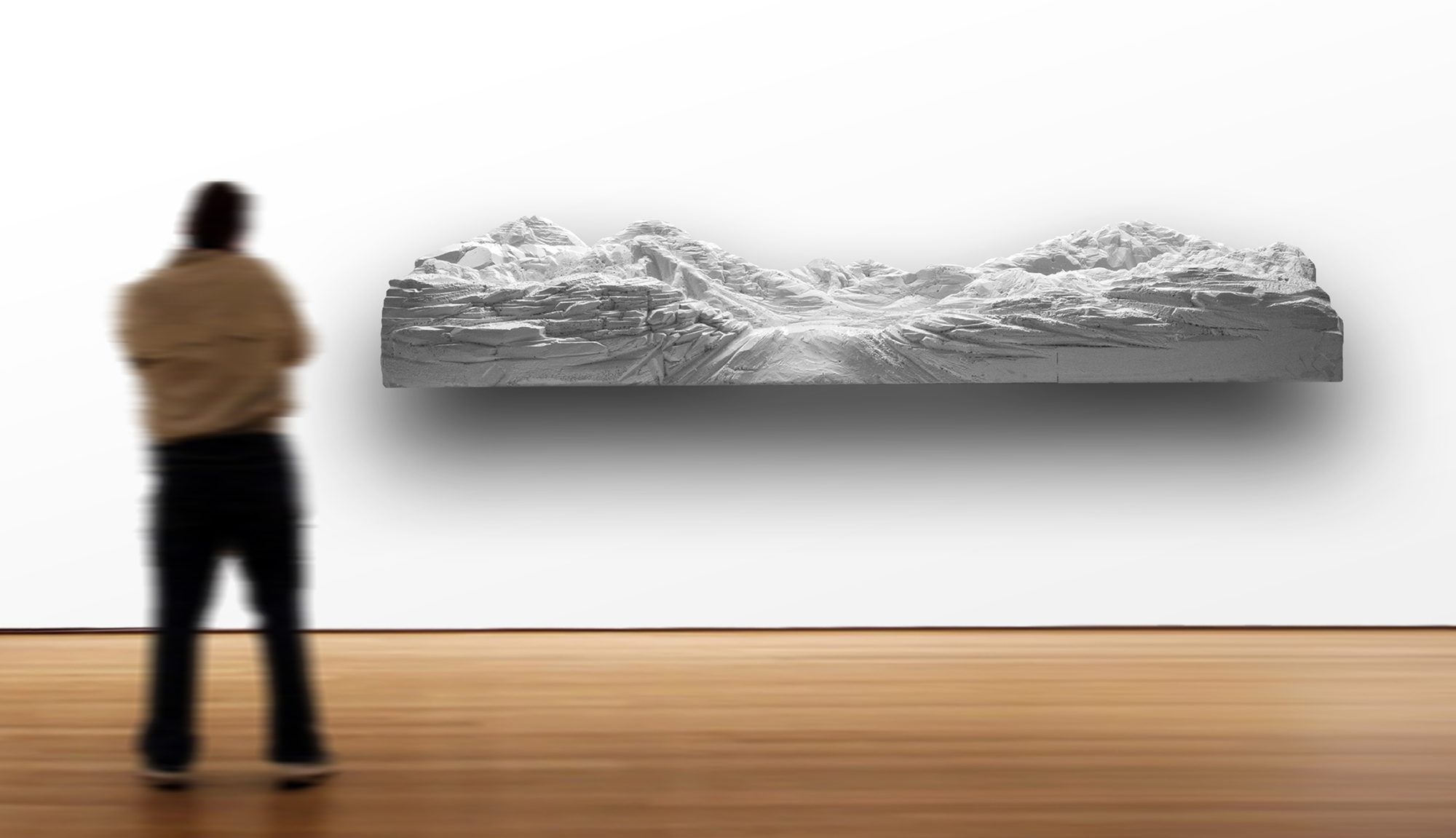 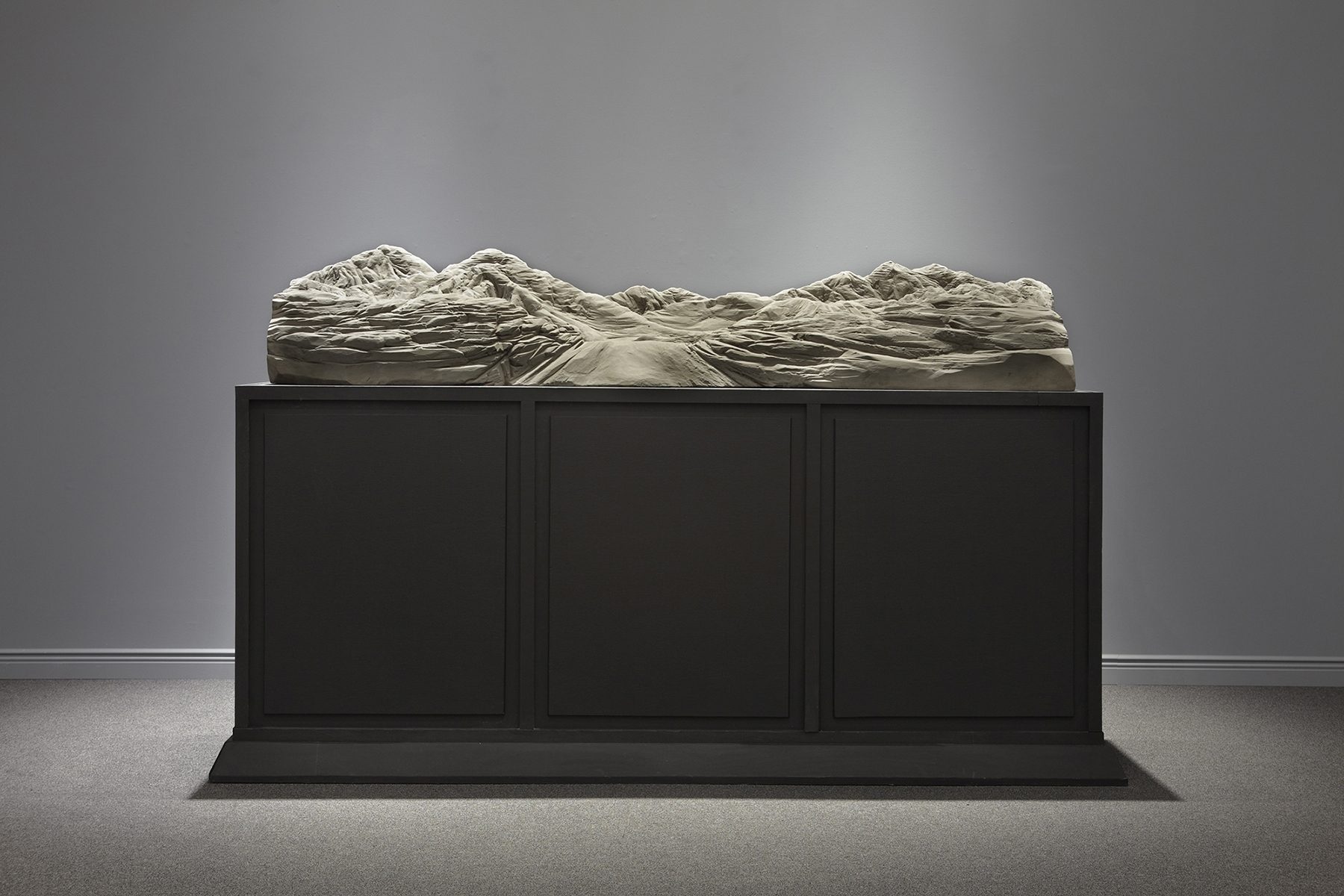 The on-going series of large bas-reliefs under the common title 'Possible Panoramas' consists of monochrome white wall sculptures, cast in synthetic plaster. Each individual sculpture in this series is an autonomous work, in which the use of traditional 'plane working' refers to the tradition of old landscape painting. By reducing the scale towards the horizon, the viewer's perception of depth is heightened. The formal execution of these sculptures is sparse and minimalist. They are stripped of colour and anecdotal elements, such as the representation of trees or architectural forms. Each sculpture depicts the earth's surface by means of slopes, rocks, hills, roads or paths. The landscapes are not based on existing sites, but are sculpted from memory and made into archetypal, serene places. Through the use of vertical illumination (natural or artificial light), the texture and fracture of the sculptural skin is brought to the fore. The image is as it were revealed through the play of light and shadow on the white sculptures .