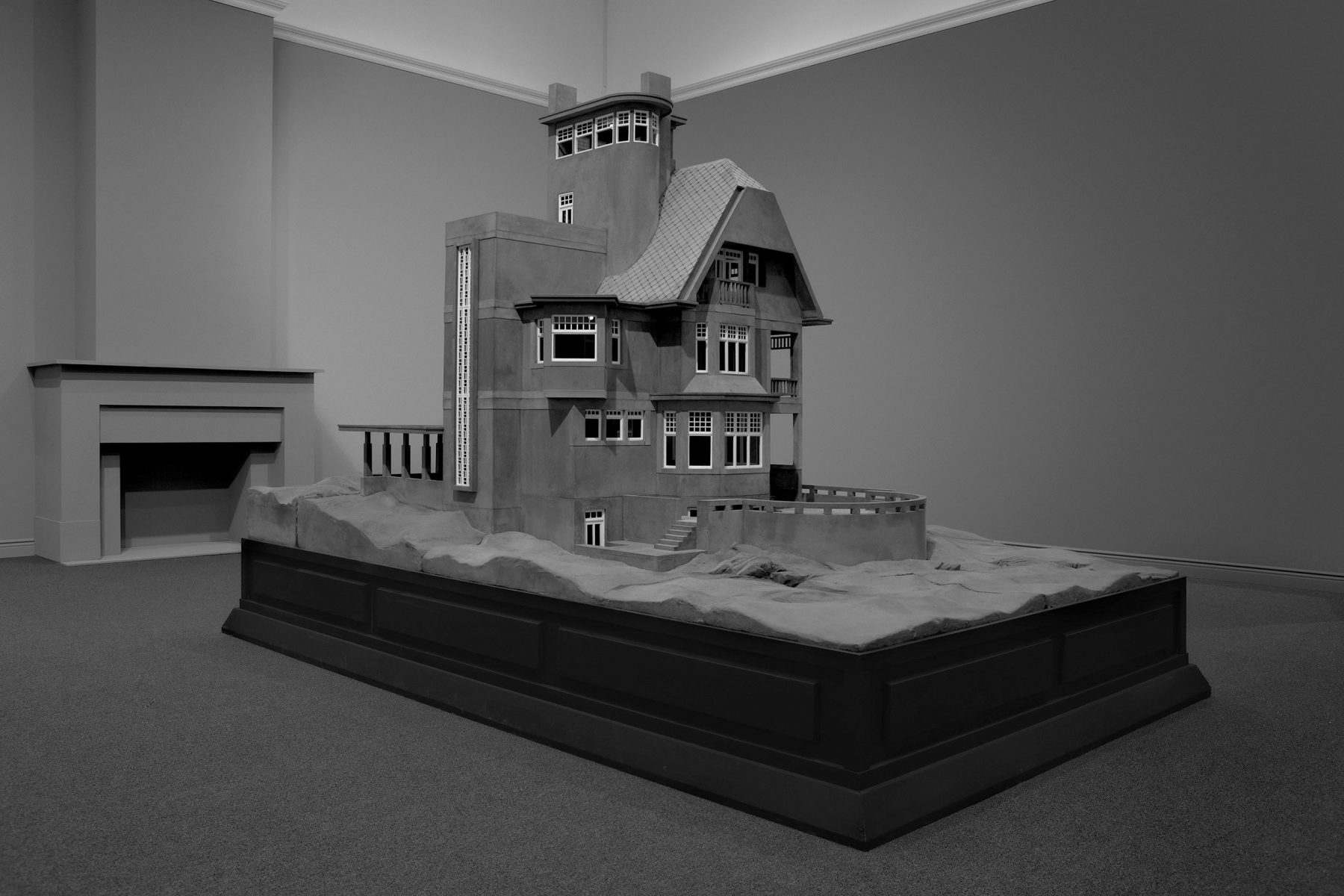 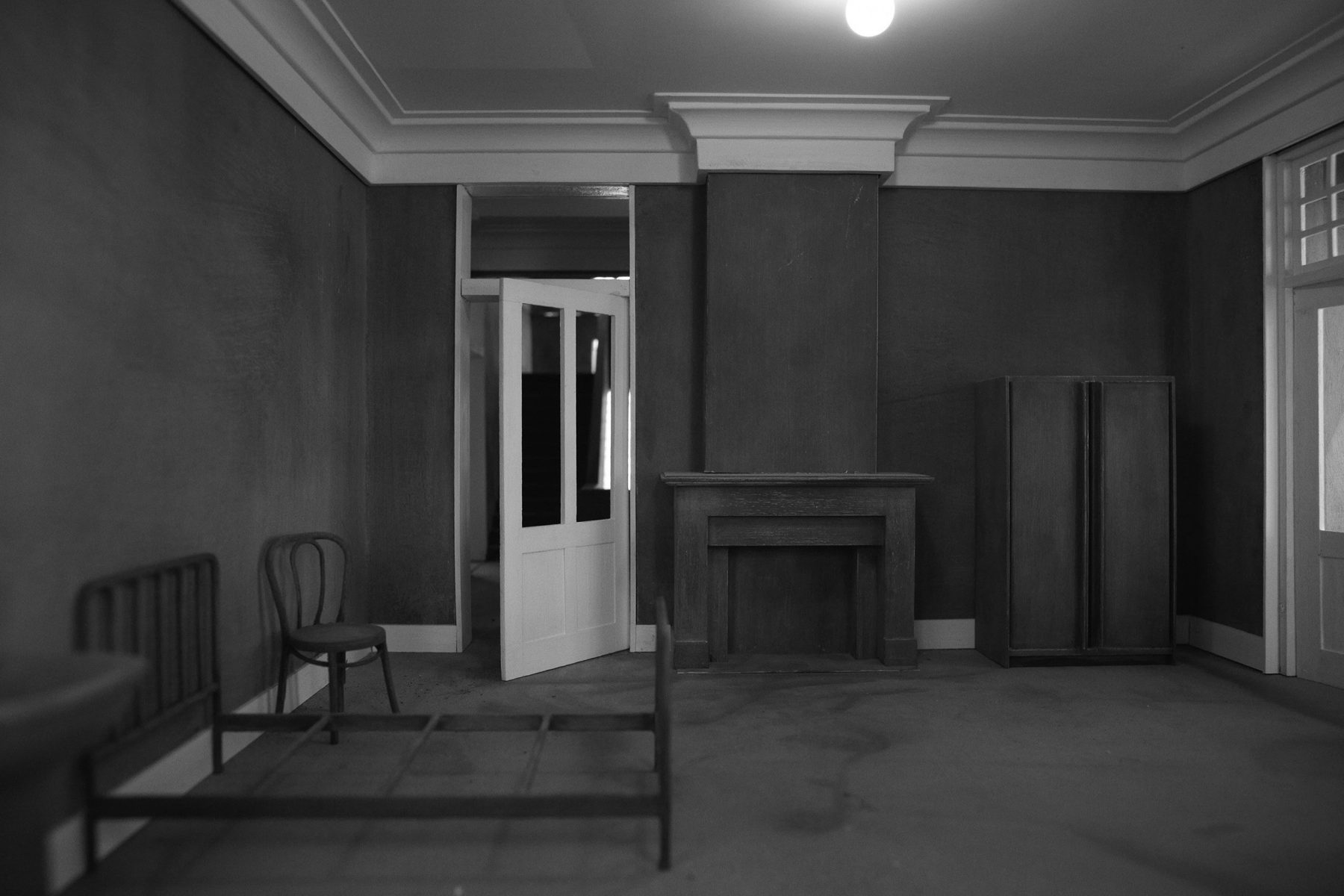 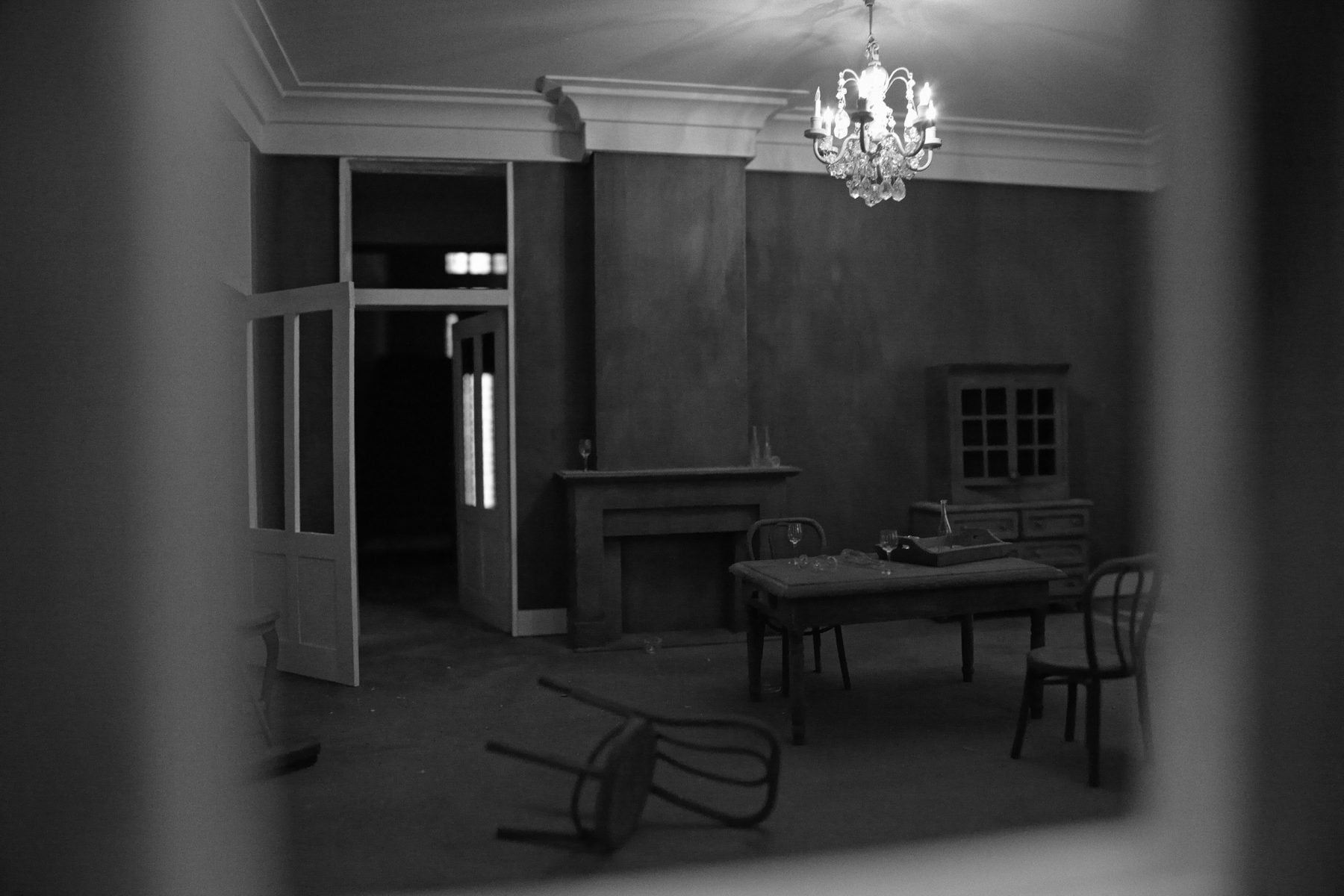 The sculptural piece 'A house by the sea' was inspired by the isolated, detached family house as a cinematic archetype. In various film genres, the detached house plays a main role. It is the common thread through different story lines, the setting of a family drama or the silent witness of a dying family dynasty. The artist's sculpted house mixes conventional, traditional architectural styles with early modernism, suggesting a time of construction of around the 1920's, somewhere in Western Europe. Examples of detached family houses in both European and American cinema, such as the now classic, threatening house in Alfred Hitchcock’s 'Psycho', or the almost surreal wooden house in The Sacrifice by Andrej Tarkovsky, which at the end of the film goes down in flames, also come to mind. Behind the facade of every house lies the story of one or several generations of inhabitants. The house is the locus of happiness, peace and banalities, but also of tragedy, turmoil and traumatic events.