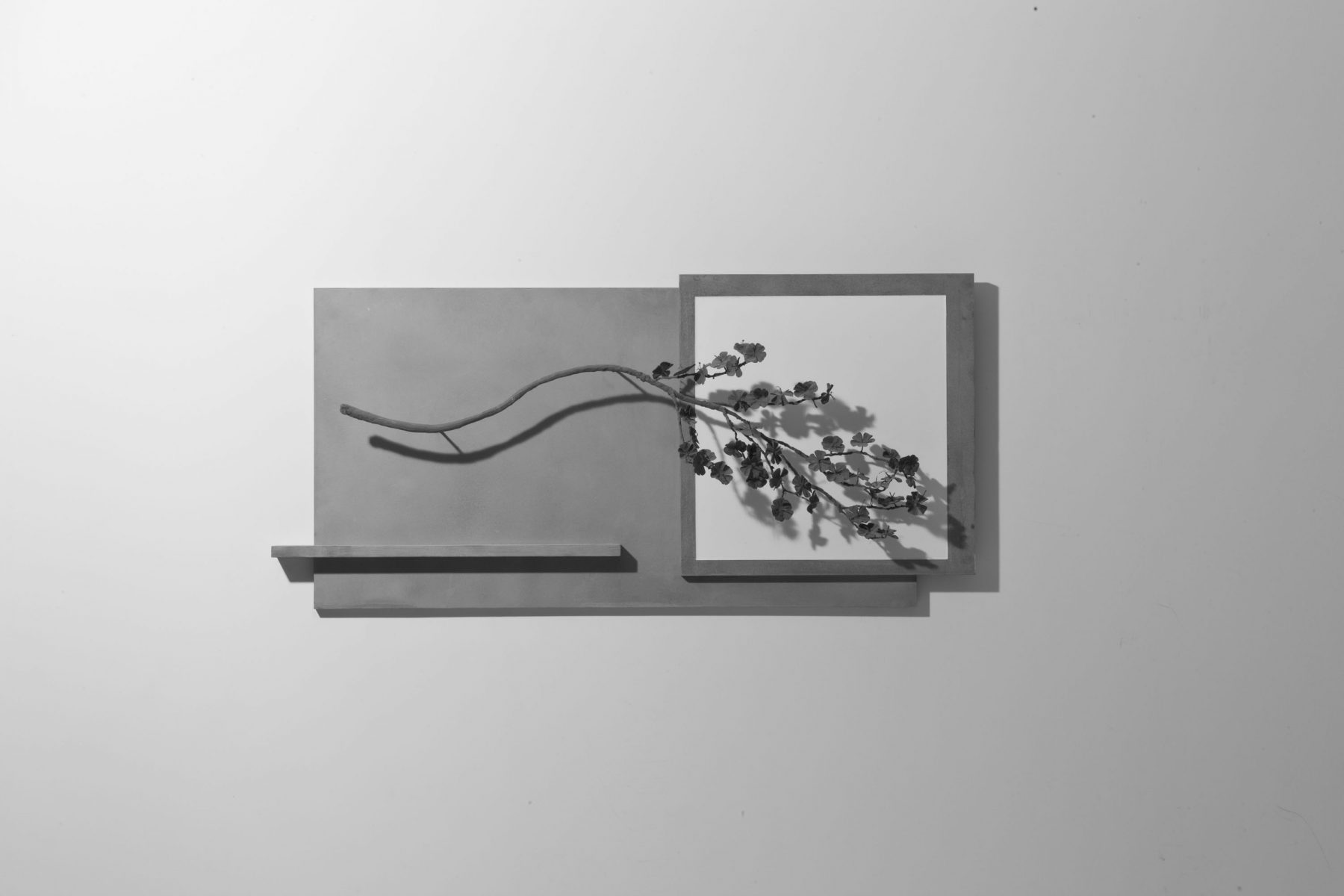 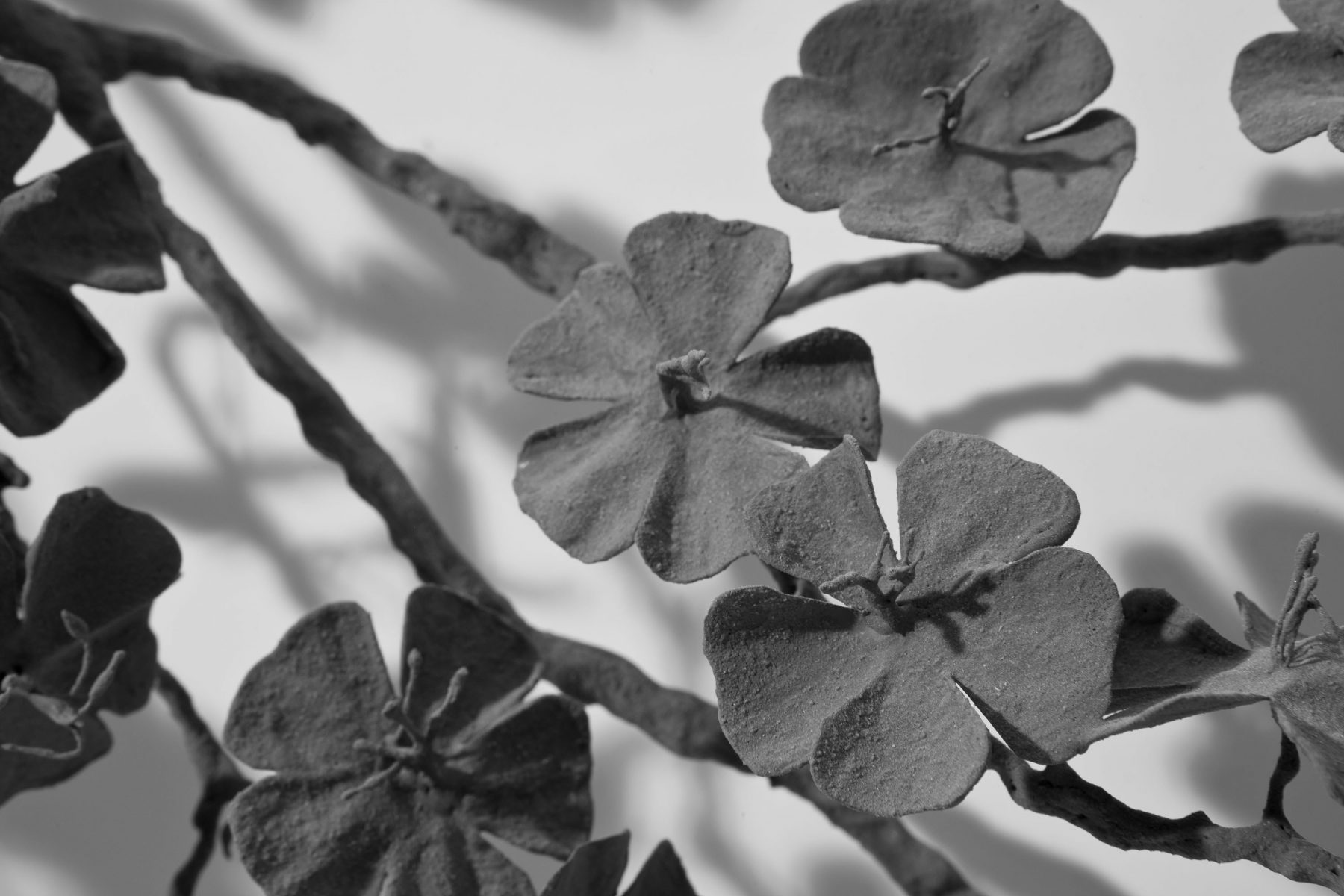 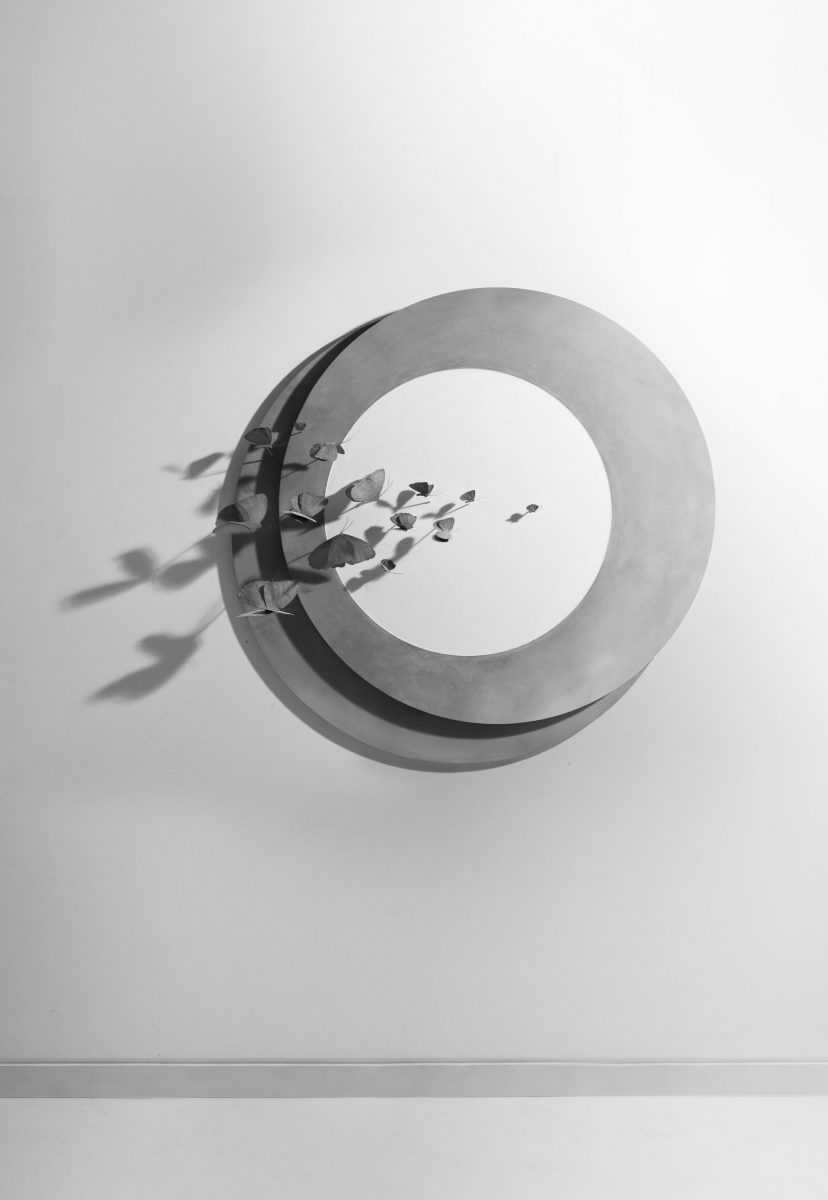 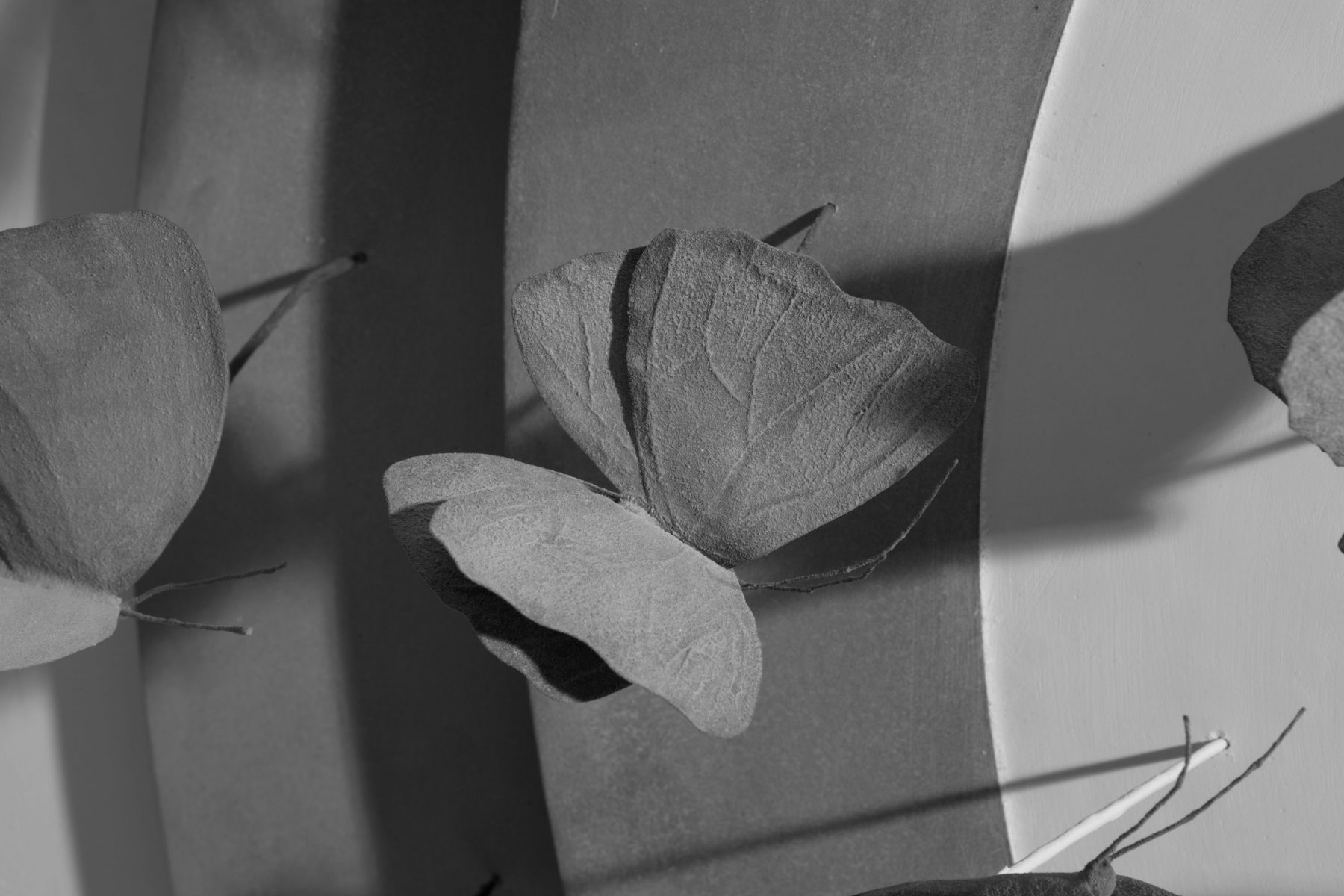 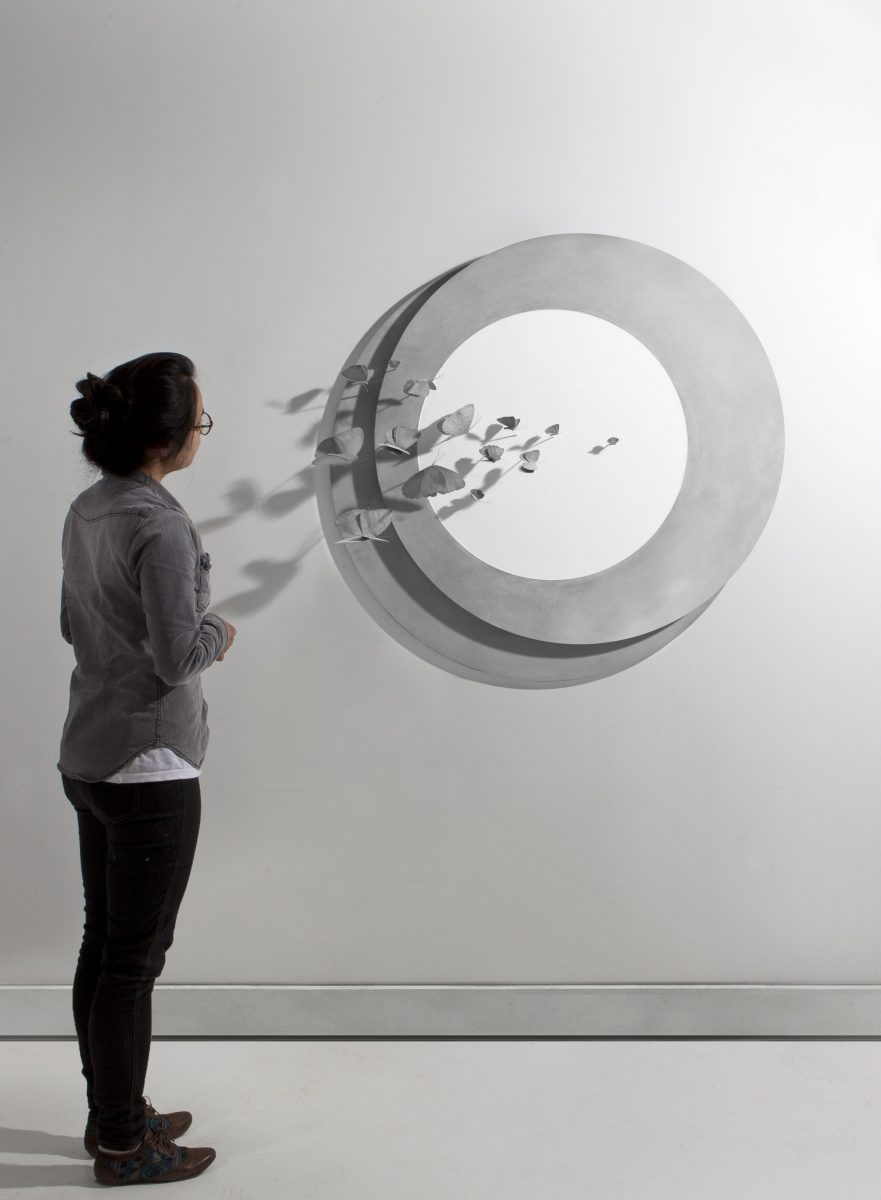 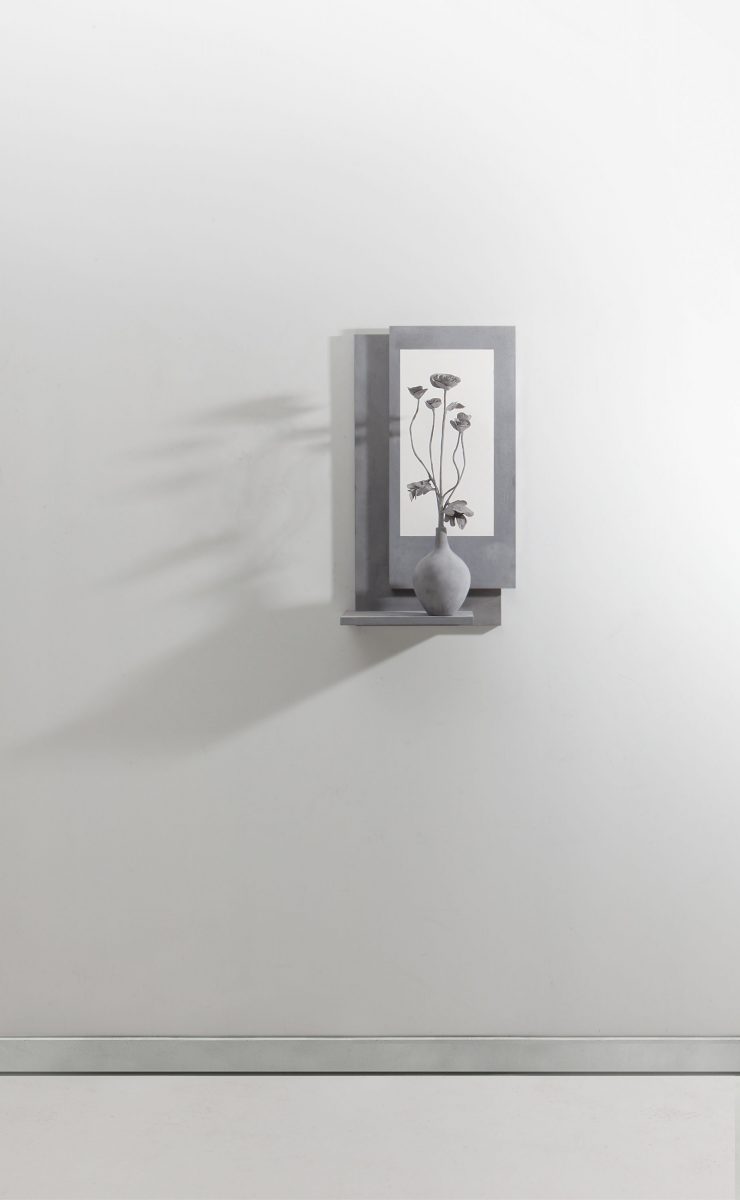 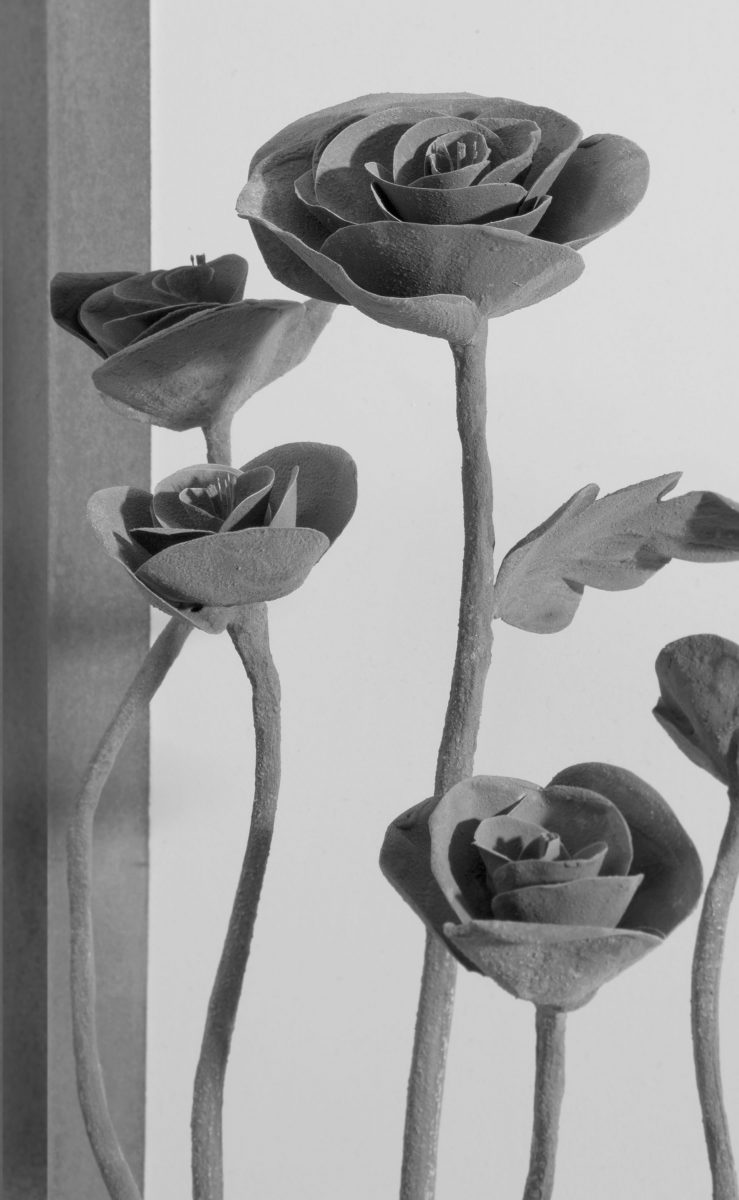 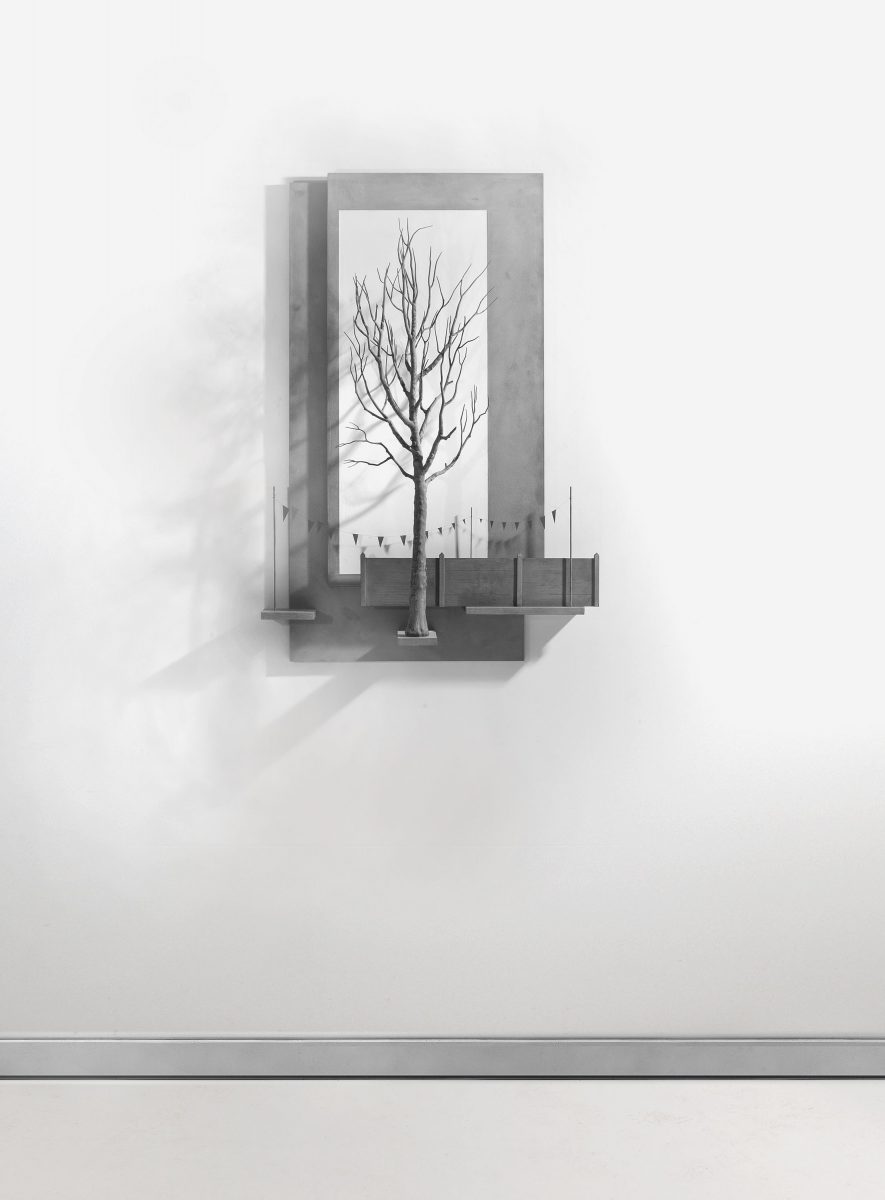 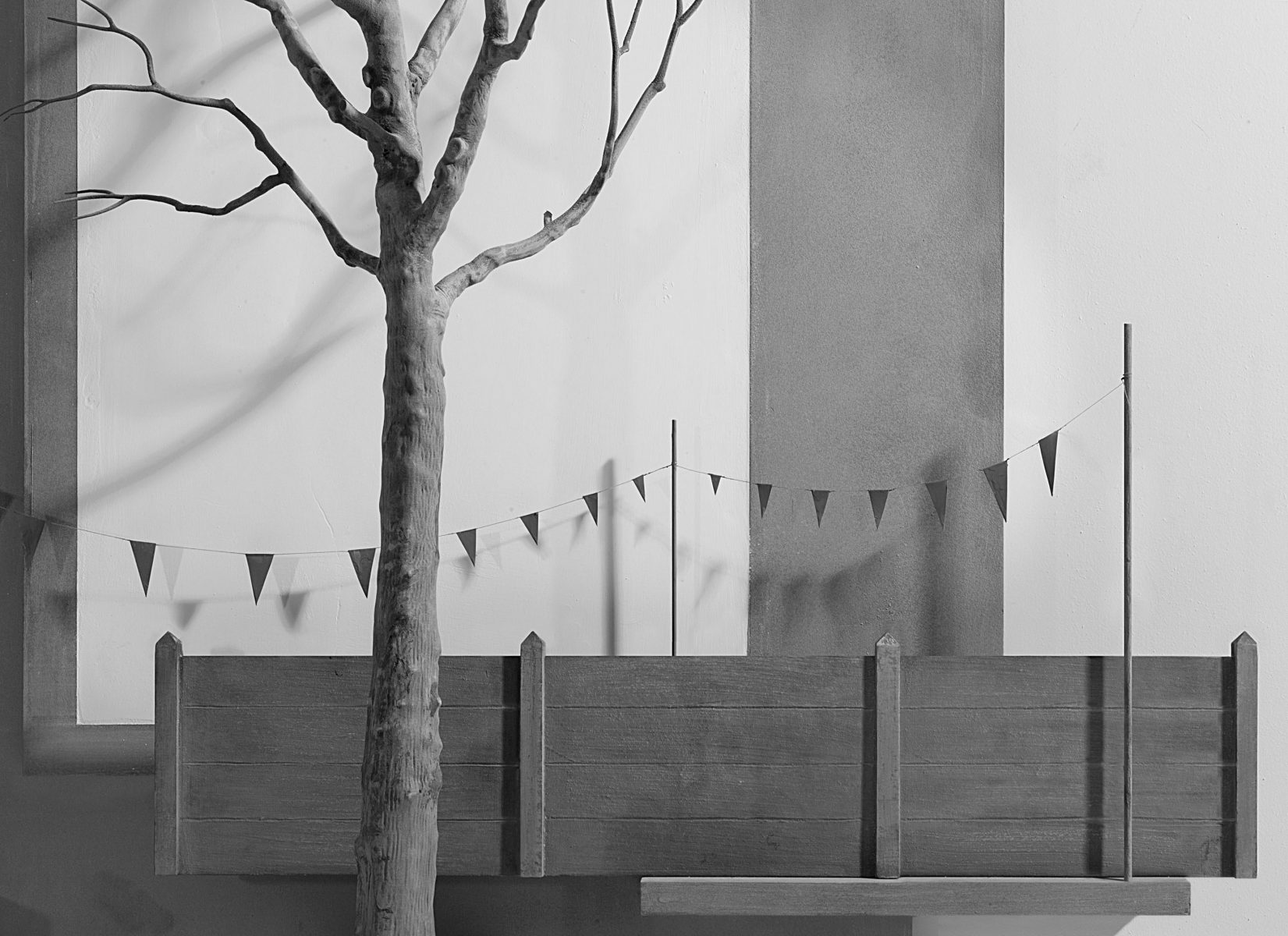 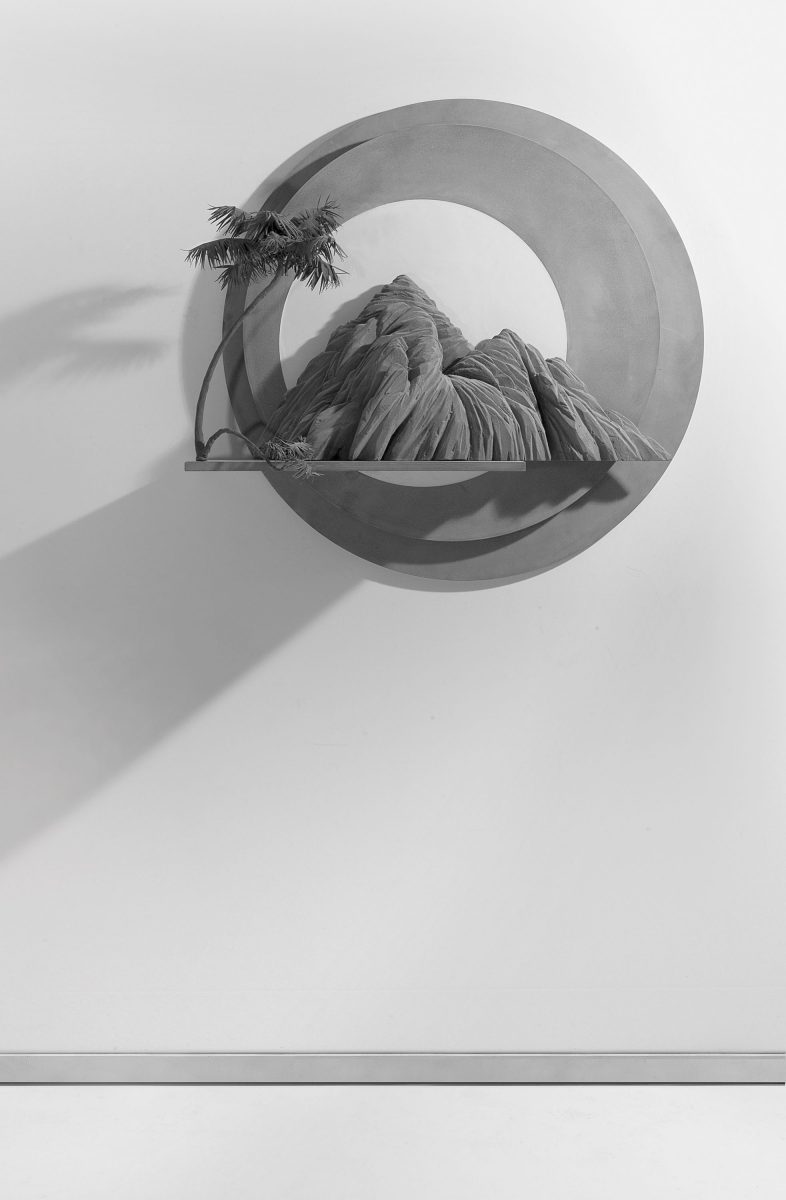 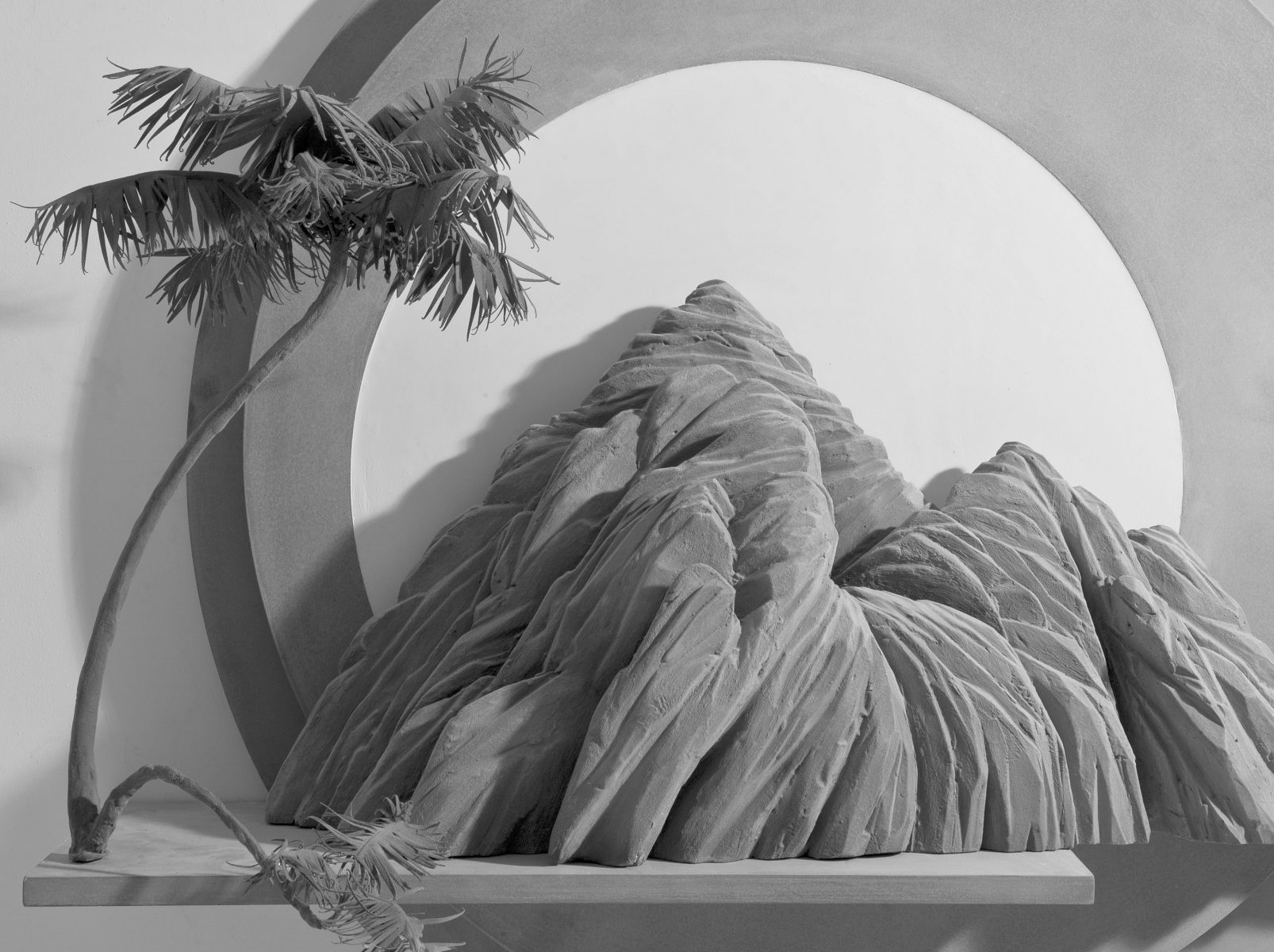 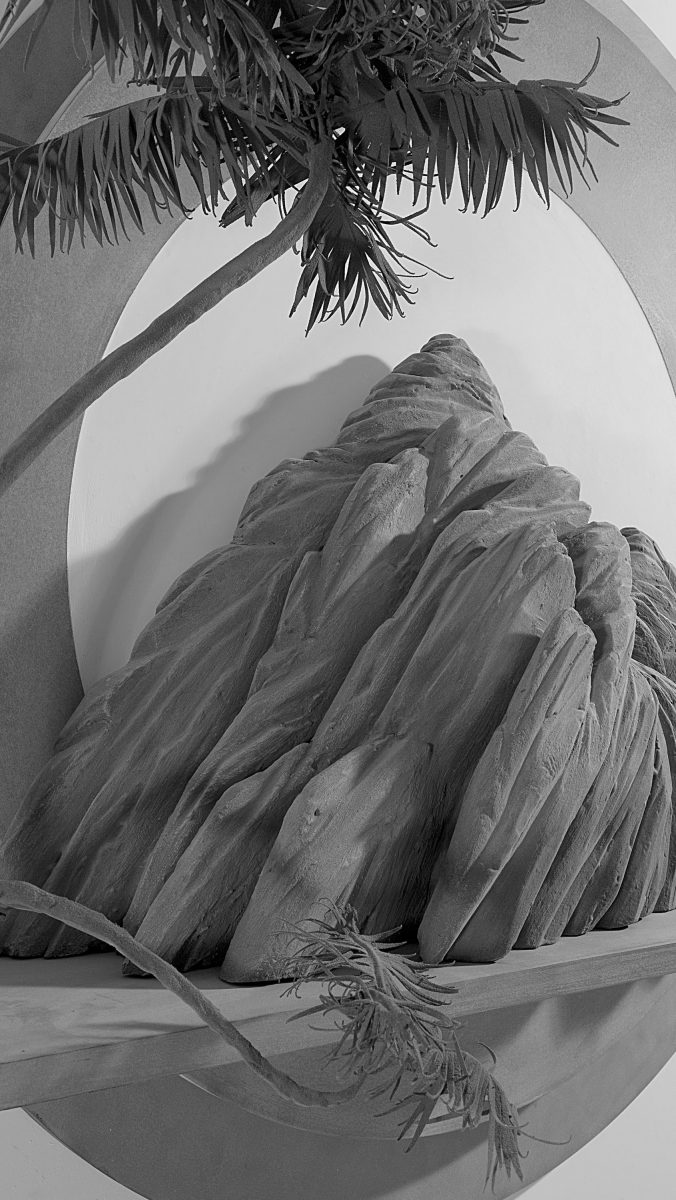 Following an intensive period in which the artist realised exceptionally large, multidisciplinary projects, Hans Op de Beeck has turned his hand to smaller, more playful and intimate works such as this series of soft grey three-dimensional pieces, wall-mounted as well as free-standing, in which sculptural interpretations of familiar, banal objects have been brought together on a full and reduced scale to form sober but suggestive compositions.
The three-dimensional works mainly evoke the tradition of the still life in which the idea of the mise en scène or the construction of the image plays a role. The word 'construction' denotes both the building of something from individual components and the way in which the various parts of a piece of work are put together. In short, a construction is a ‘composite whole’. Yet here the artist uses the title ‘Small Constructions’ to refer not just to this literal meaning but also to small mental constructions, such as random thoughts and free associations.
Whereas Op de Beeck’s recent major projects, including Sea of Tranquillity, started from the grand narrative of reality and the darker aspects of a globalised and technologised capitalist environment, these ‘small constructions’ have a more timeless, serene, introverted and contemplative character. Hans Op de Beeck sees Small Constructions as a kind of exercise in the tranquil and modest art of figurative painting, in which compositions of banal objects, figures, archetypes and subjects have a demure, almost obvious presence and gently encourage viewers to let their minds wander.