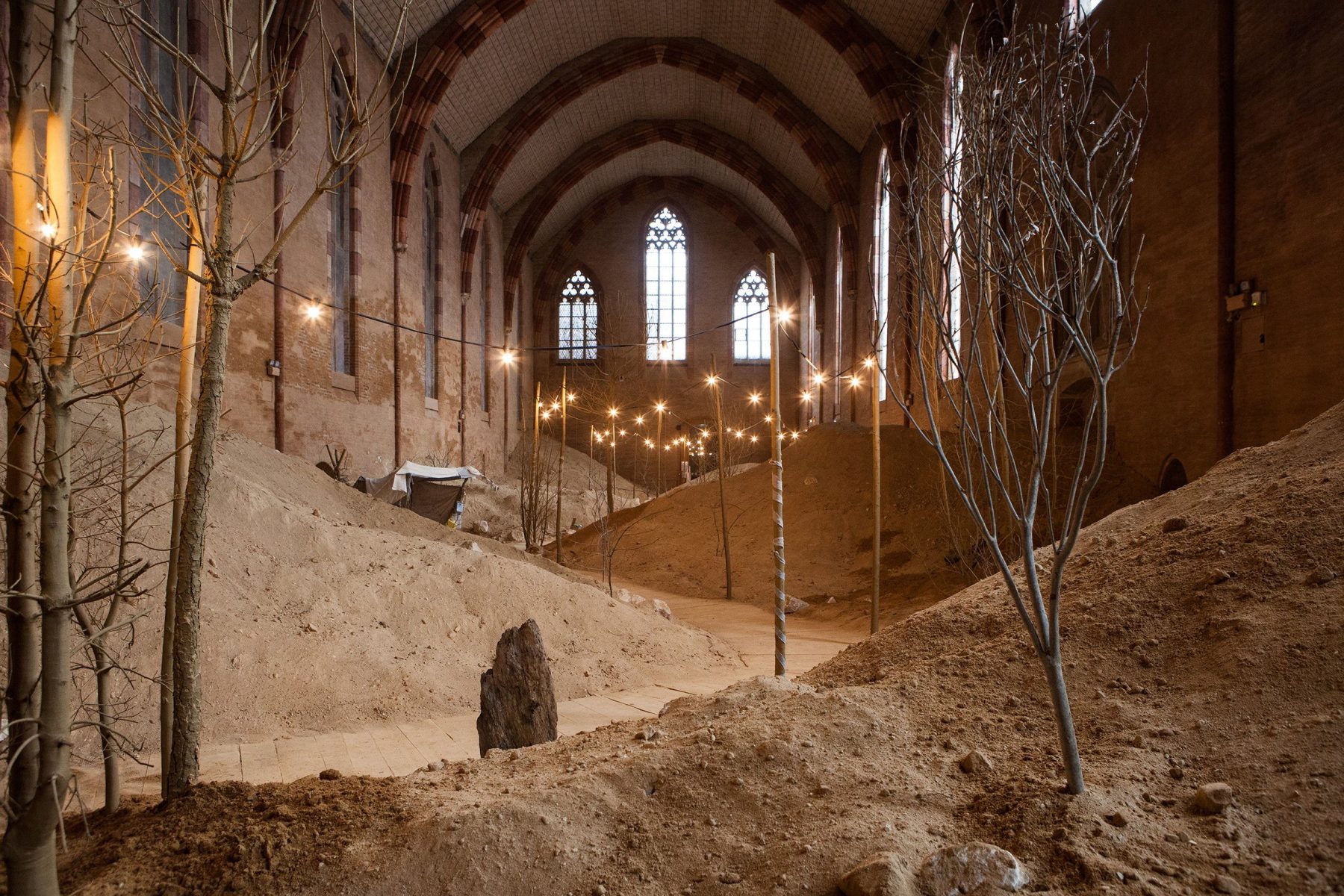 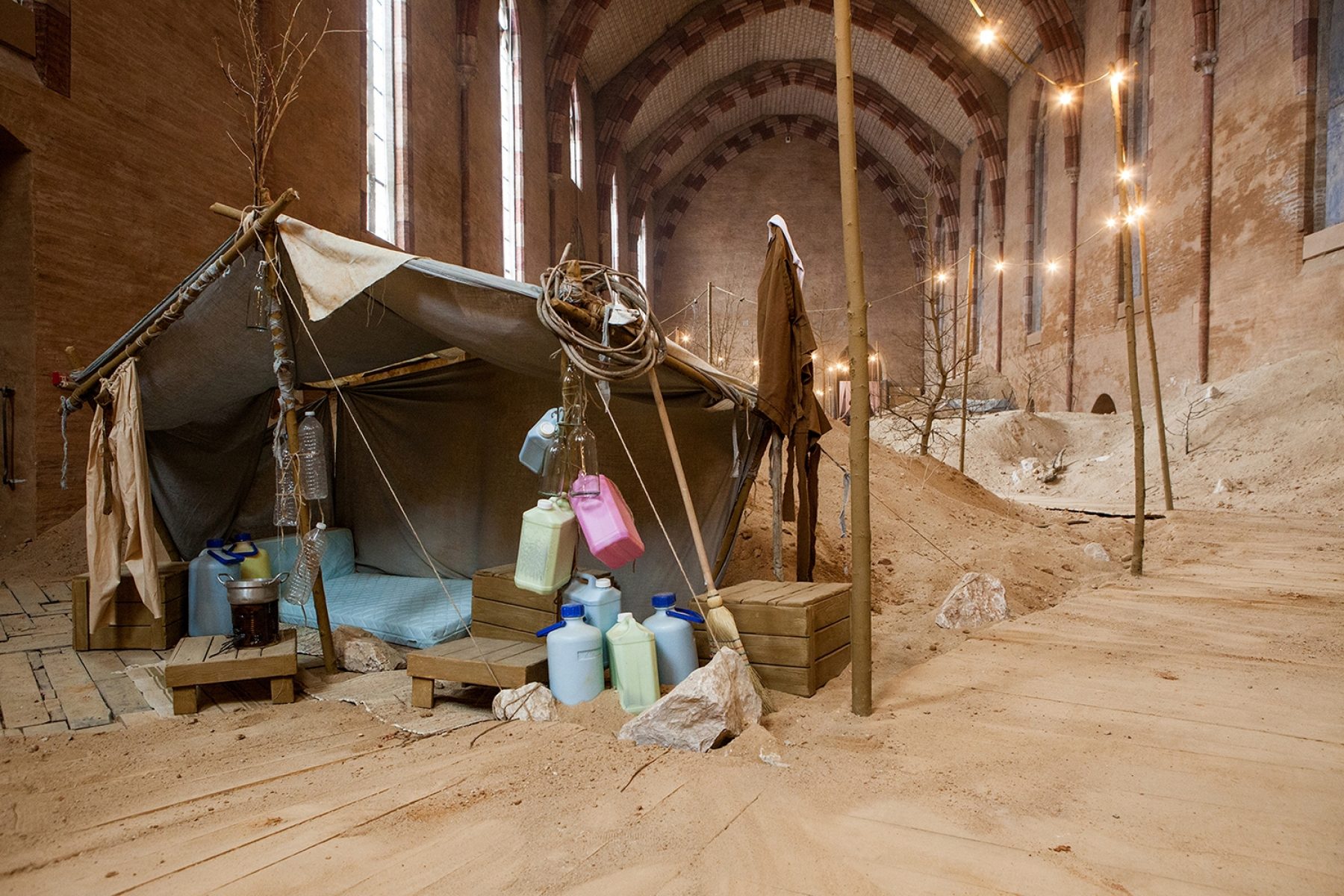 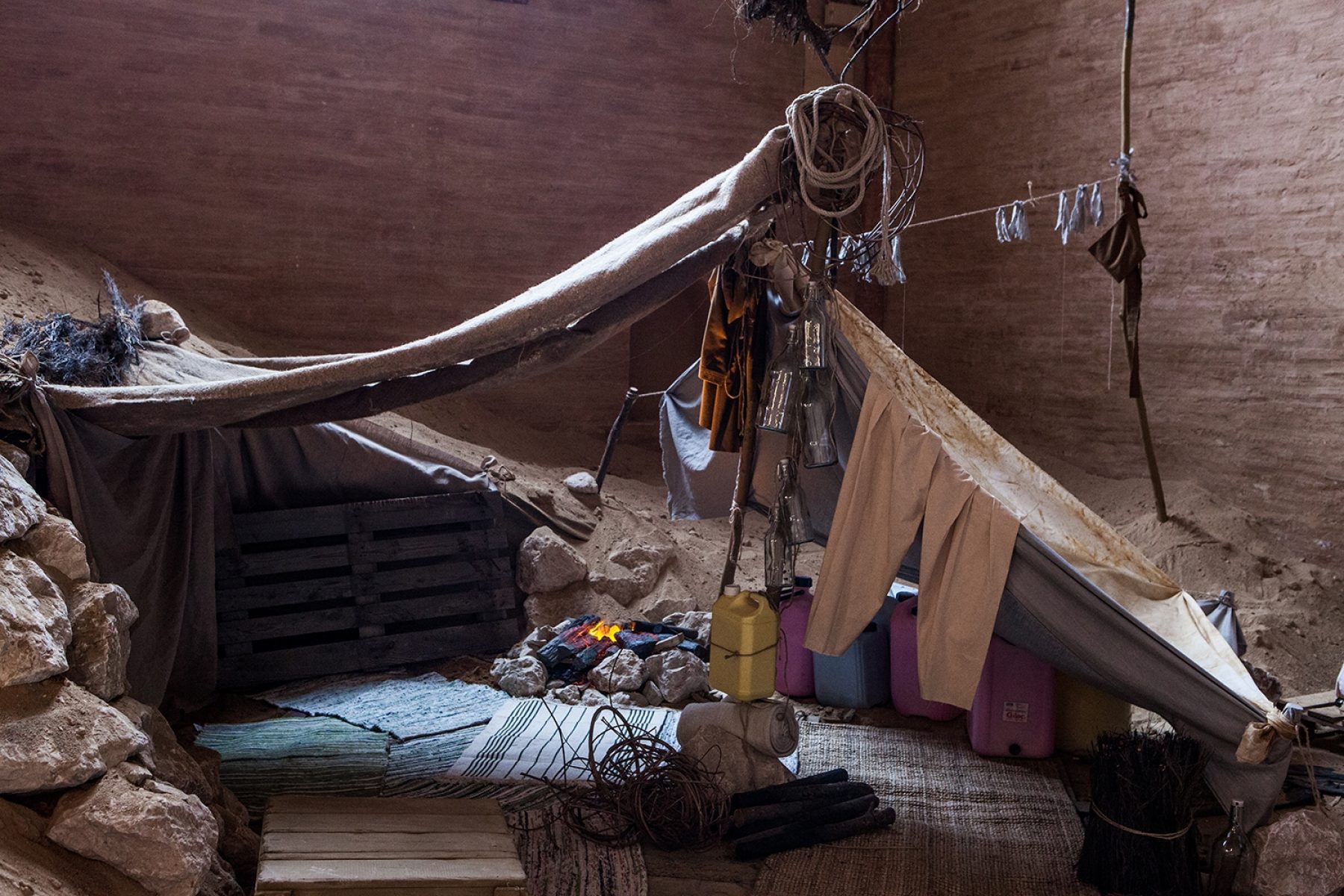 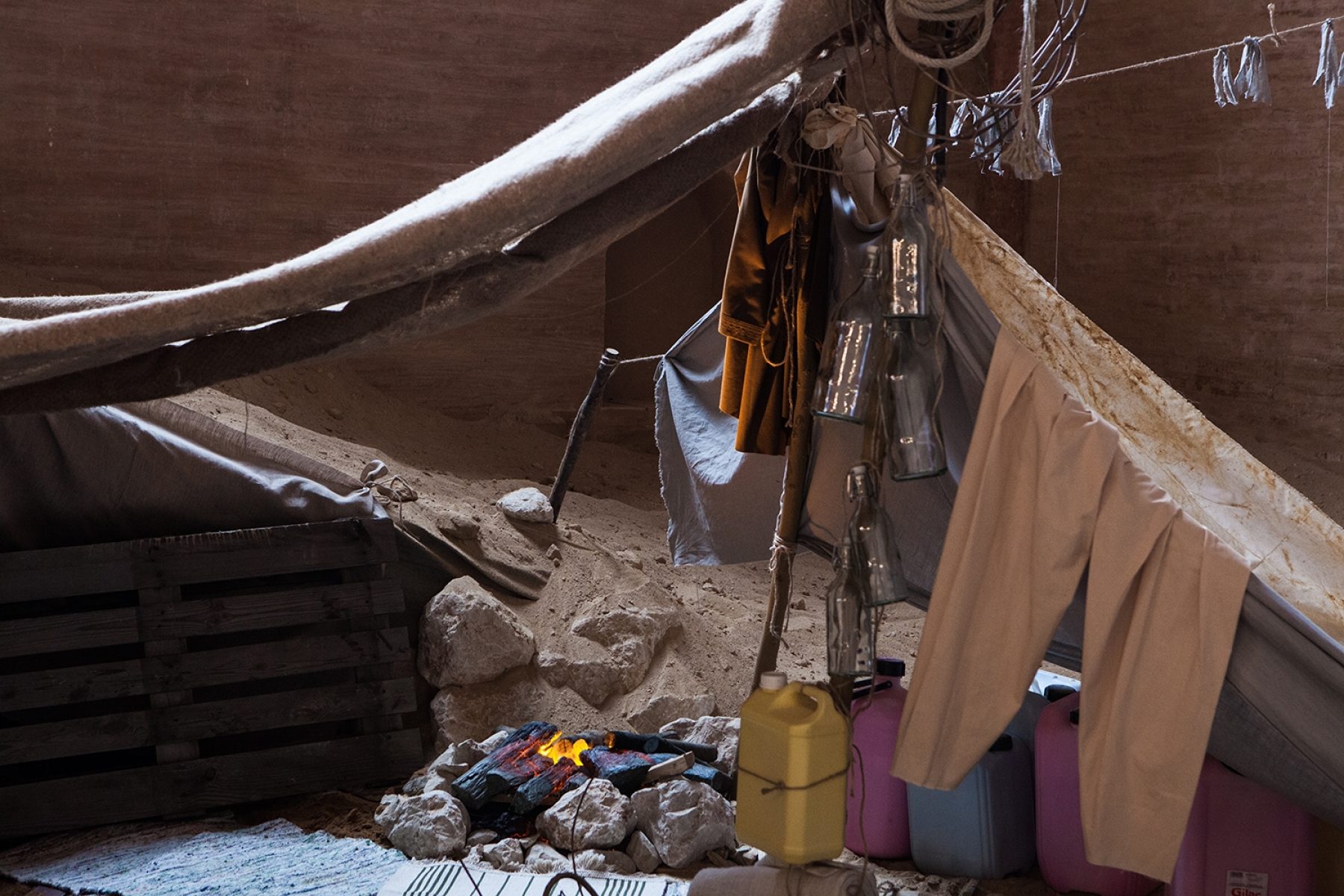 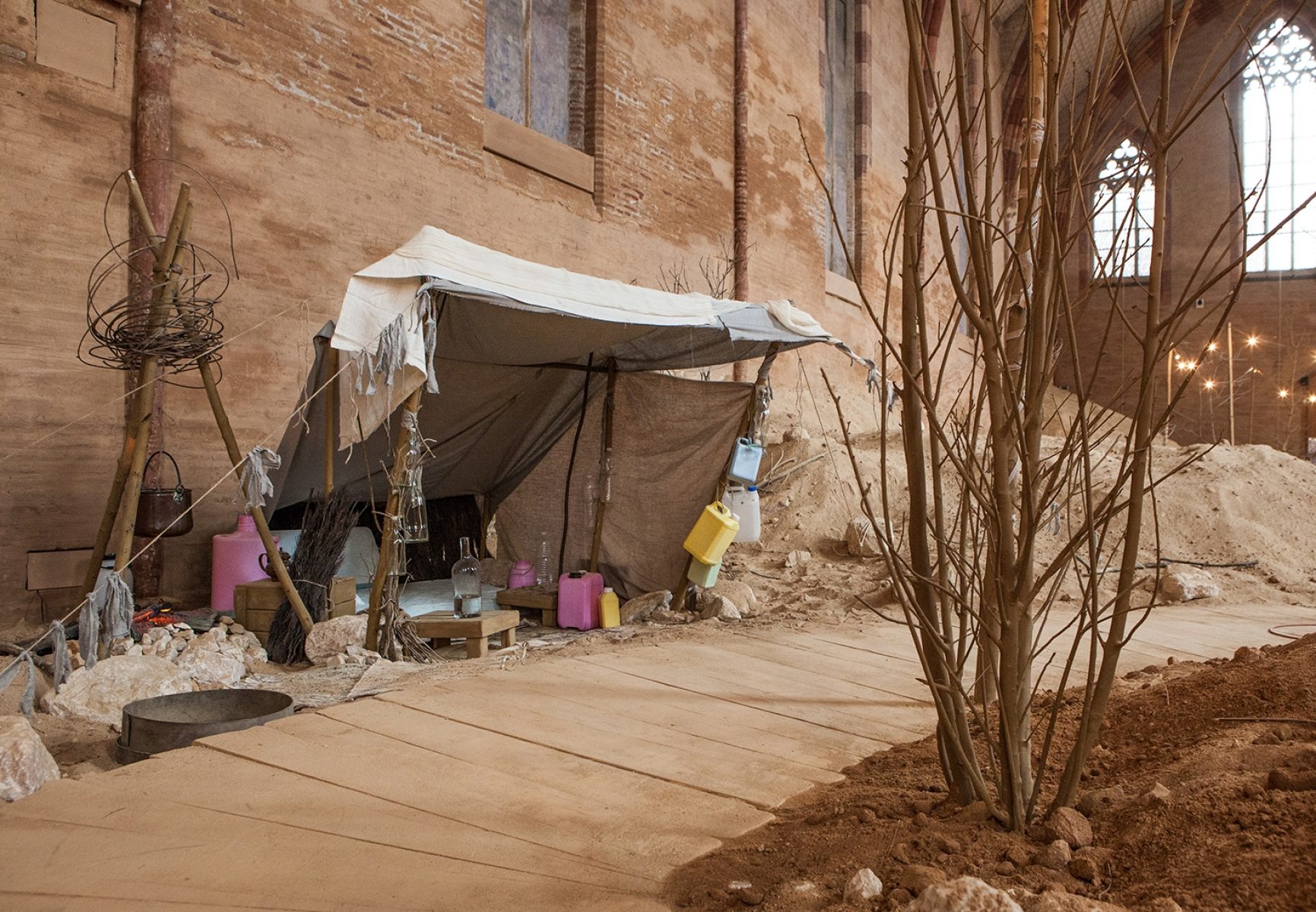 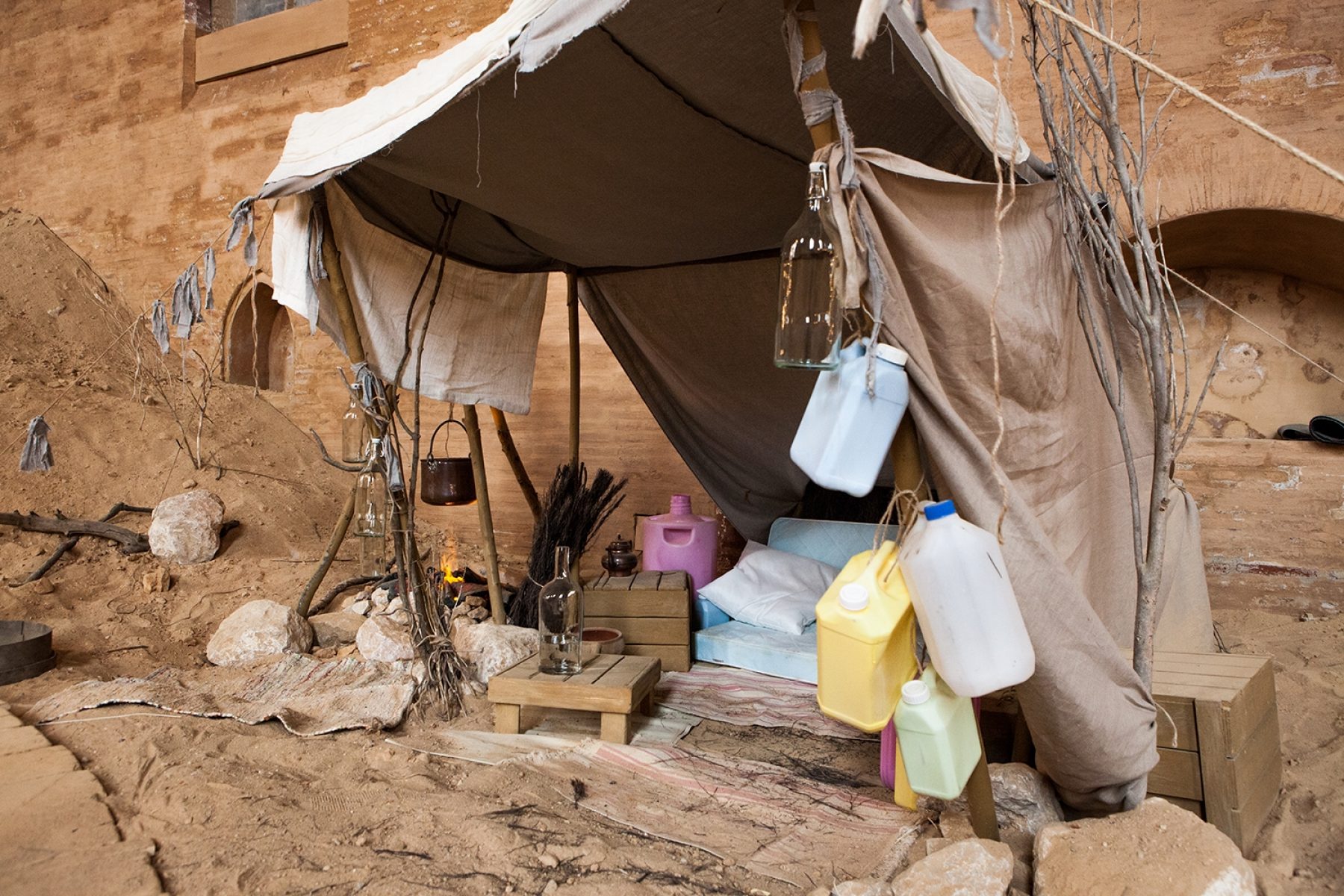 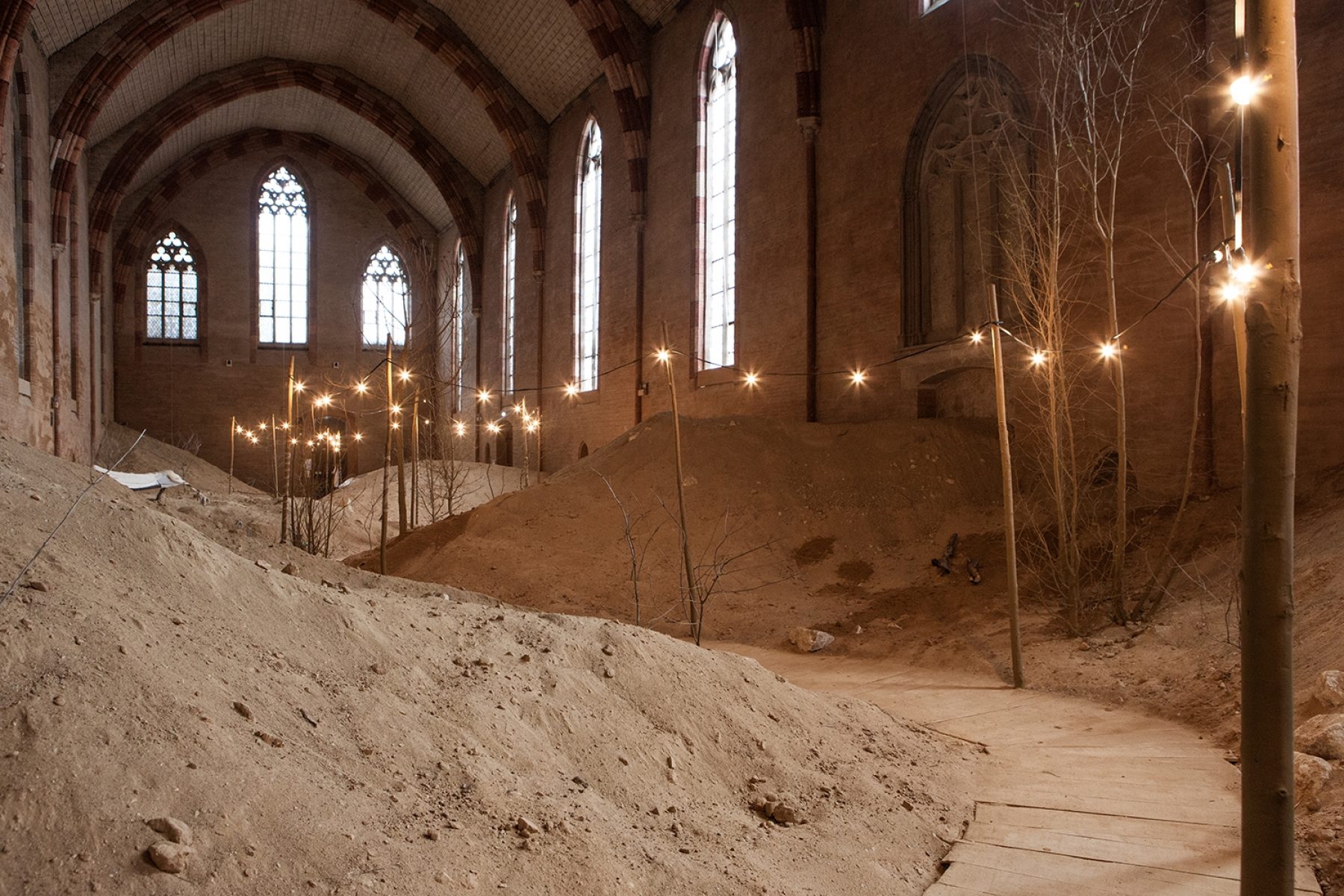 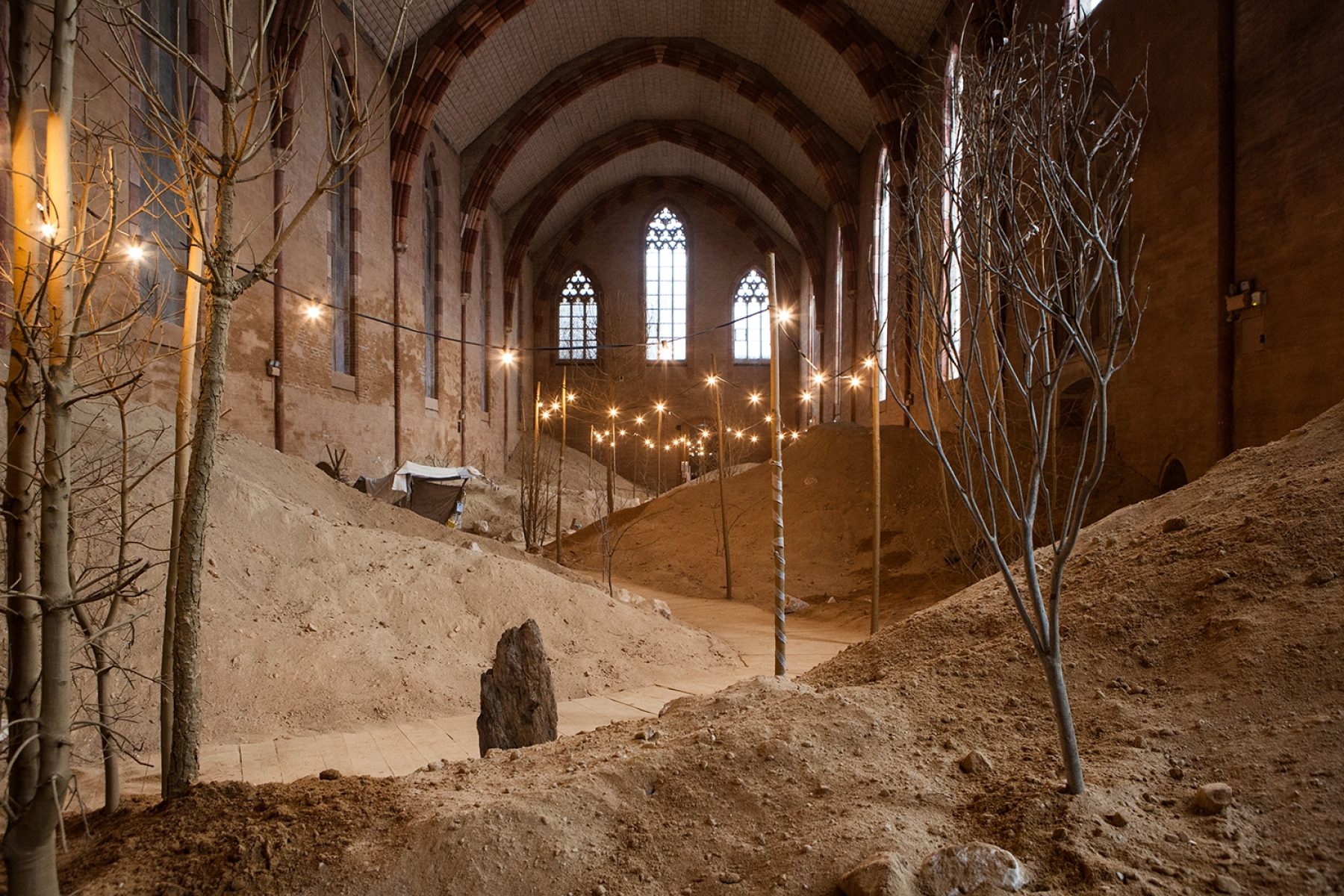 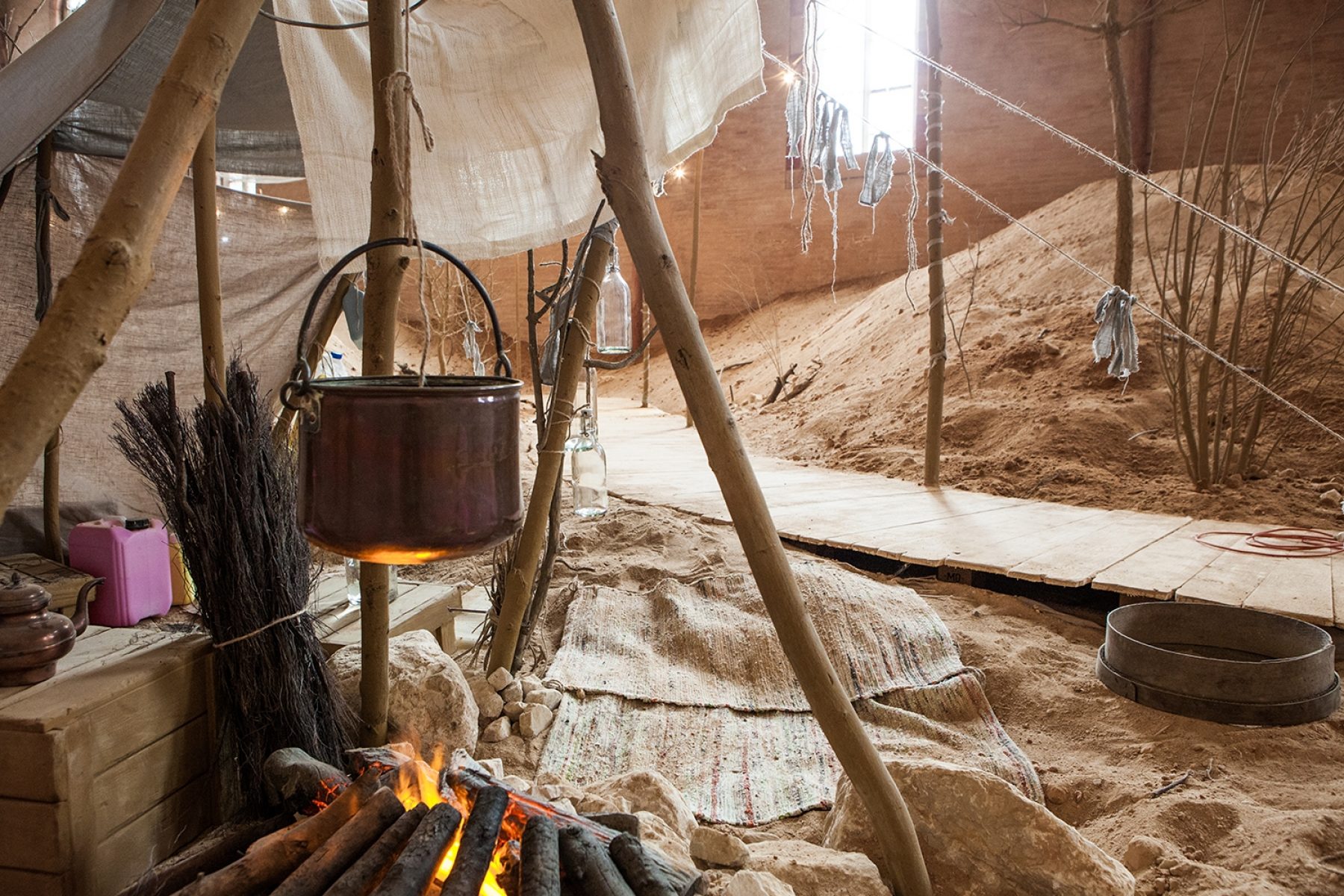 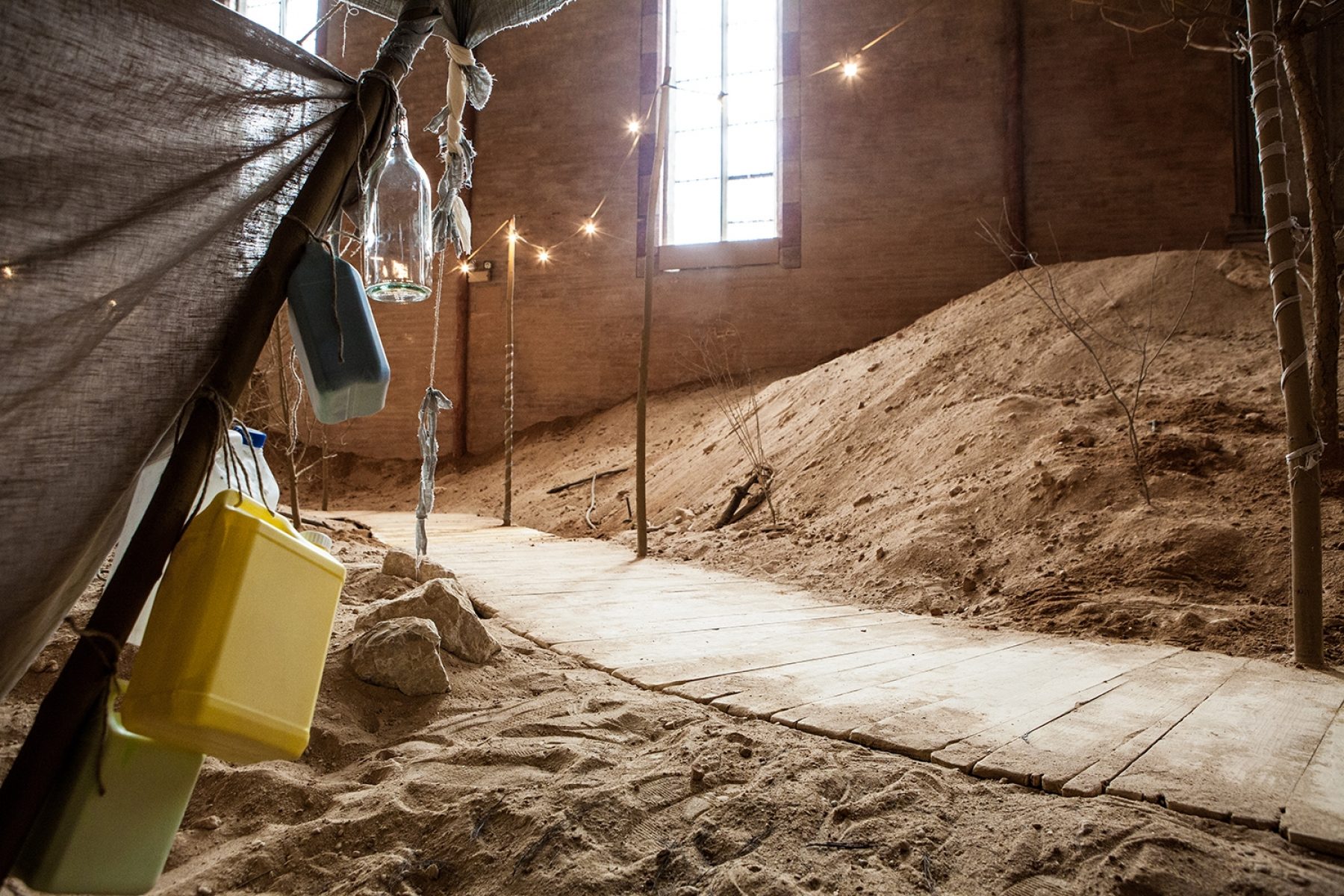 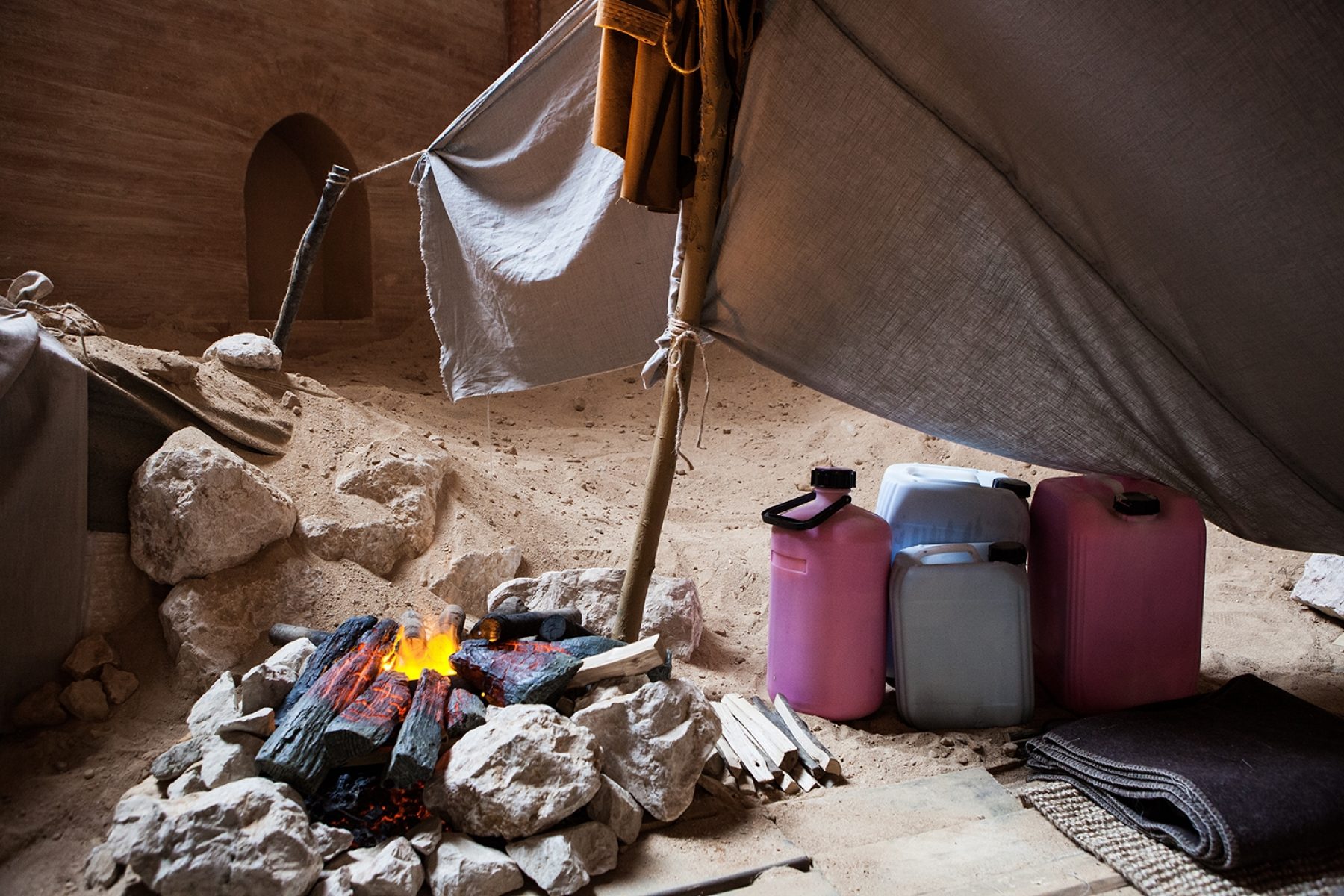 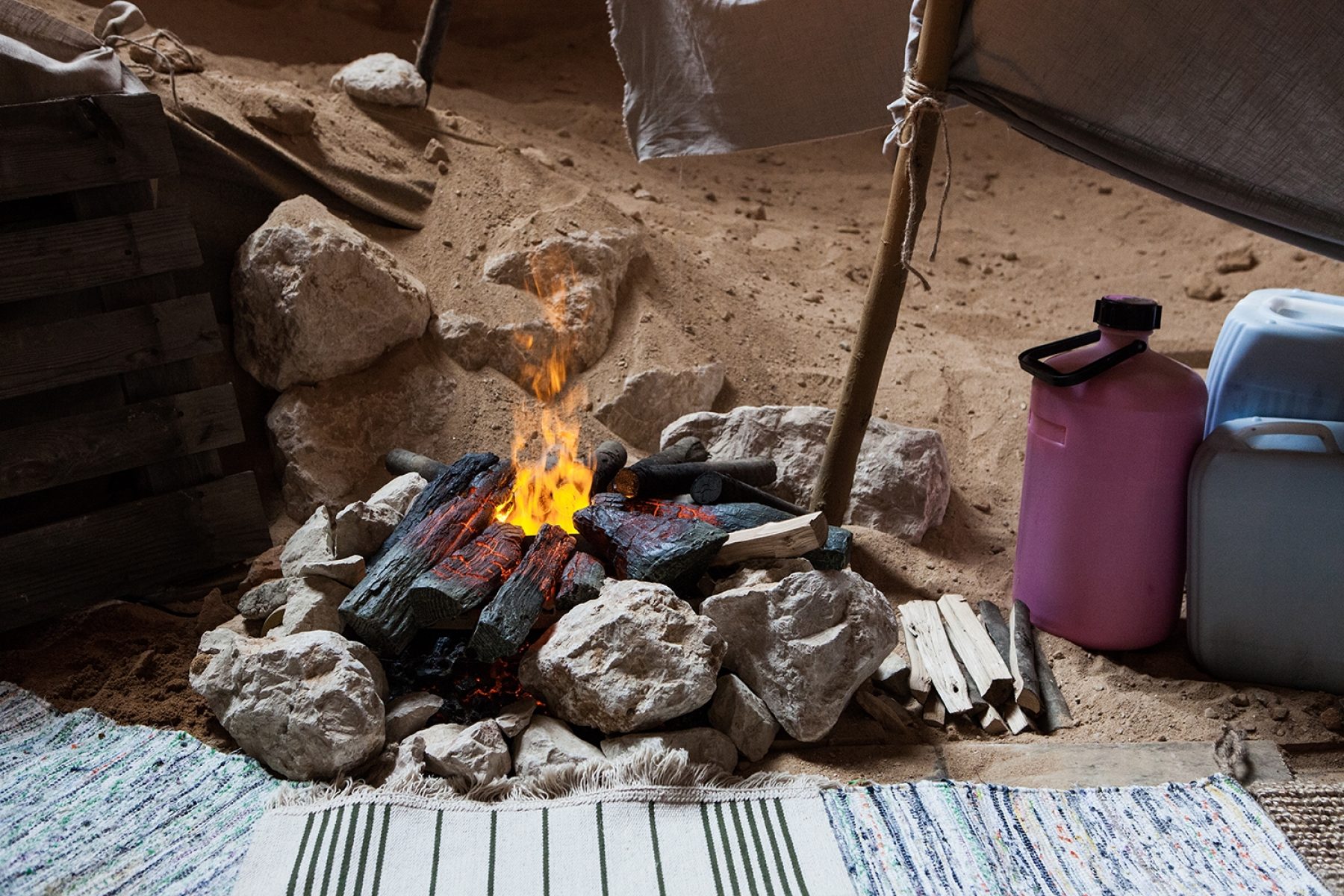 ‘The Garden of Whispers’ was a quintessentially site-specific work, specially conceived for its particular space in the thirteenth-century Convent of the Jacobins in Toulouse. In the very lofty 600 square metres of space on offer, Op de Beeck built a terrain of sand dunes and trees, with a wooden walkway winding through it, drawing you ever further in.

Op de Beeck used sand that had the same ochre colour as the building’s centuries-old brick walls. From beneath the sand, individual whispering voices emerged from twenty concealed speakers. And each voice, whether a man’s, a woman’s or a child’s, whispered a secret to you. These were often very personal experiences, from the snickers of a child who had misbehaved to stories of forbidden adult love. On entering the space, all those whispering voices mingled together like a babbling stream. But when you followed the path, every tale could be heard individually.

Along several points along the winding path, makeshift tents cobbled together from scraps of canvas and wooden poles had been built – visual references to the temporary shelters desert nomads build in moments.

‘The Garden of Whispers’ incorporated a range of mystical and biblical references, alluded to the idea of confession, touched on the present refugee issue, and also referred to the ritual garden as a place of introspection.

The Garden of Whispers

Within the gothic church of the jacobins in toulouse, artist hans op de beeck has staged an immersive, fictional environment that leads visitors through ‘the …

A makeshift wooden walkway winds along a strand-lit and tree-lined path between dunes, creating a surreal environment within the context of this historic …

A makeshift wooden walkway winds along a strand-lit and tree-lined path between dunes, creating a surreal environment within the context of this historic …

Hans Op de Beeck is a Belgian artist who recently converted an old Gothic church in Toulouse, France into a multi-sensory art installation as part of the …