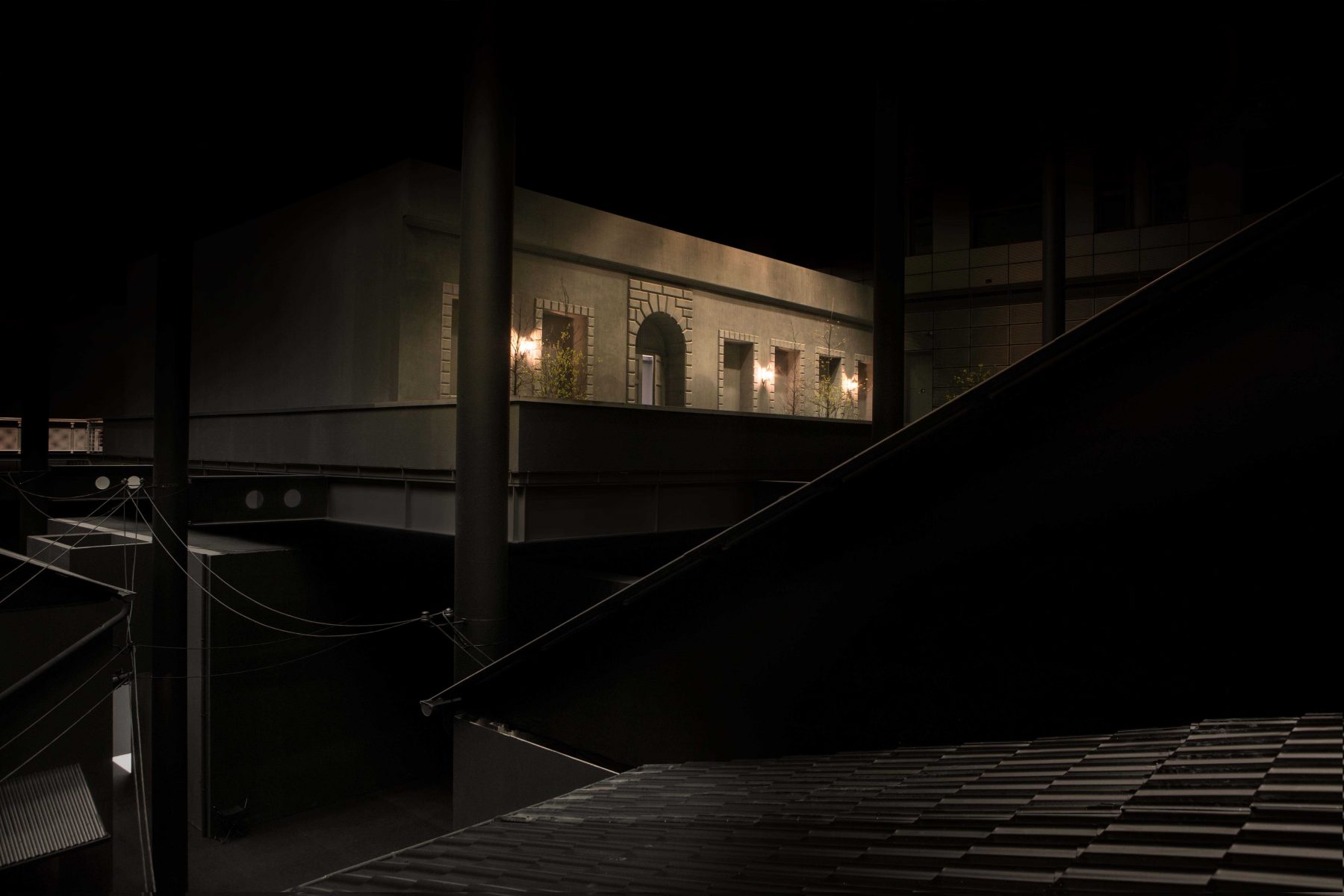 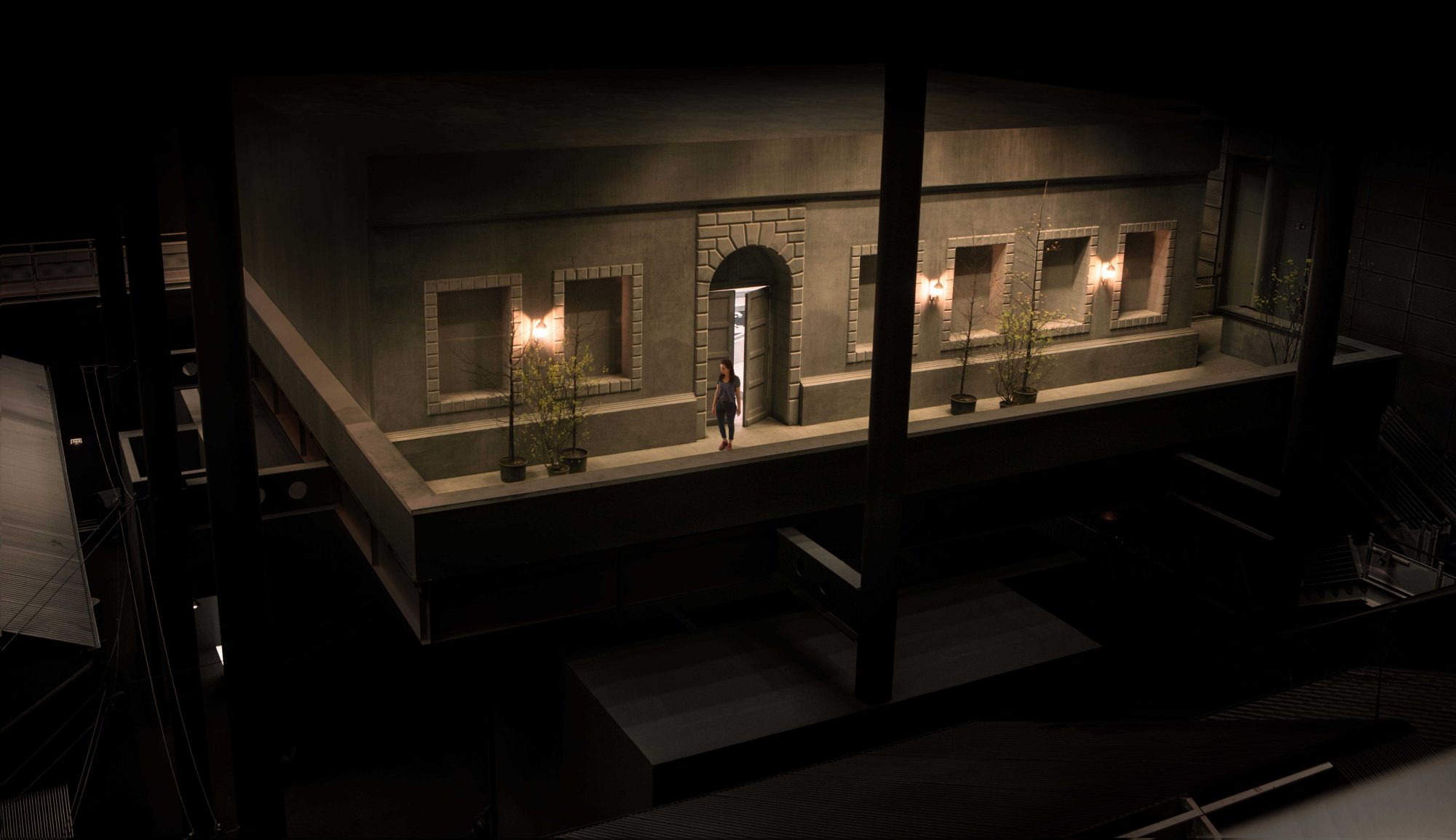 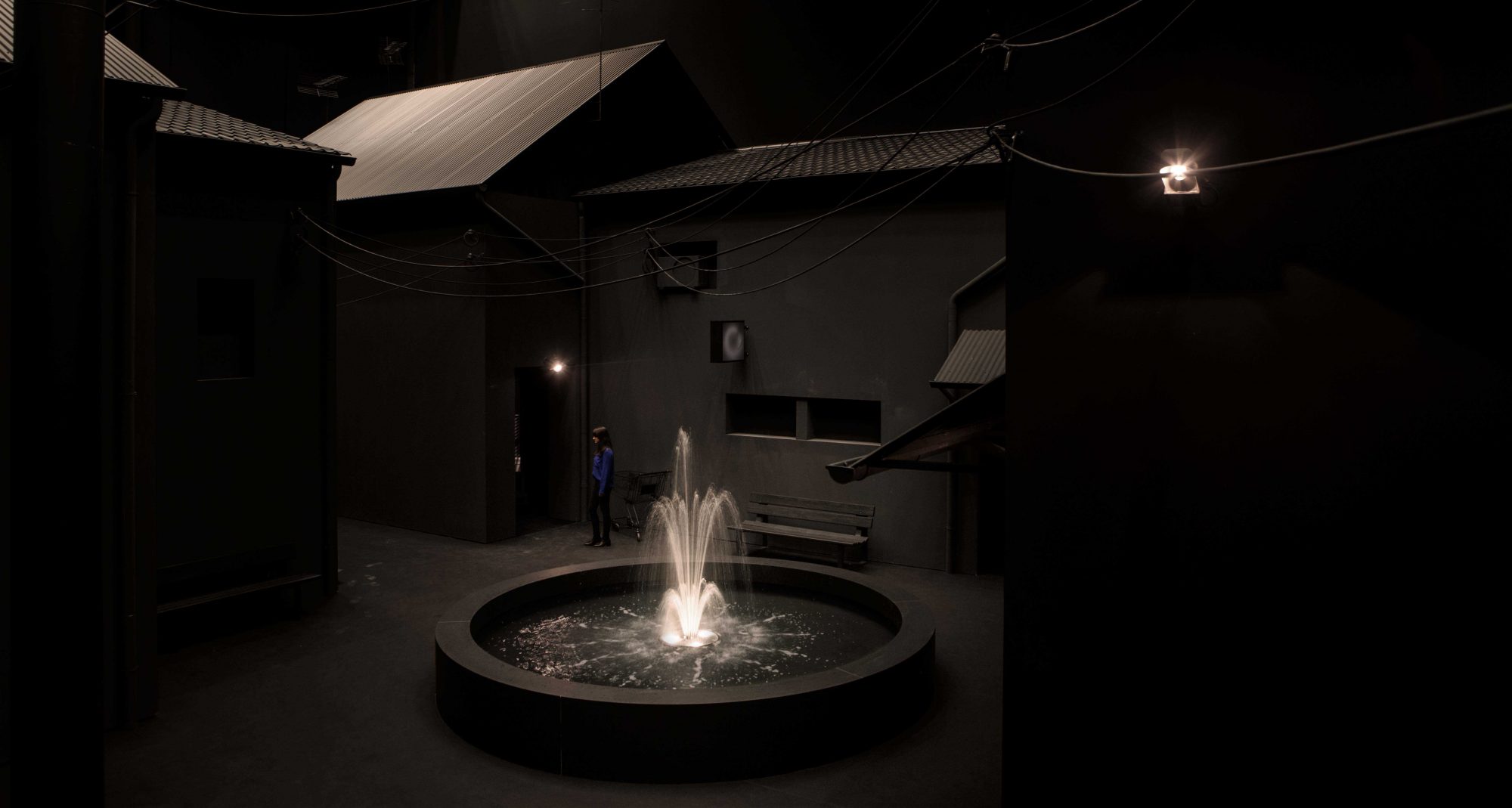 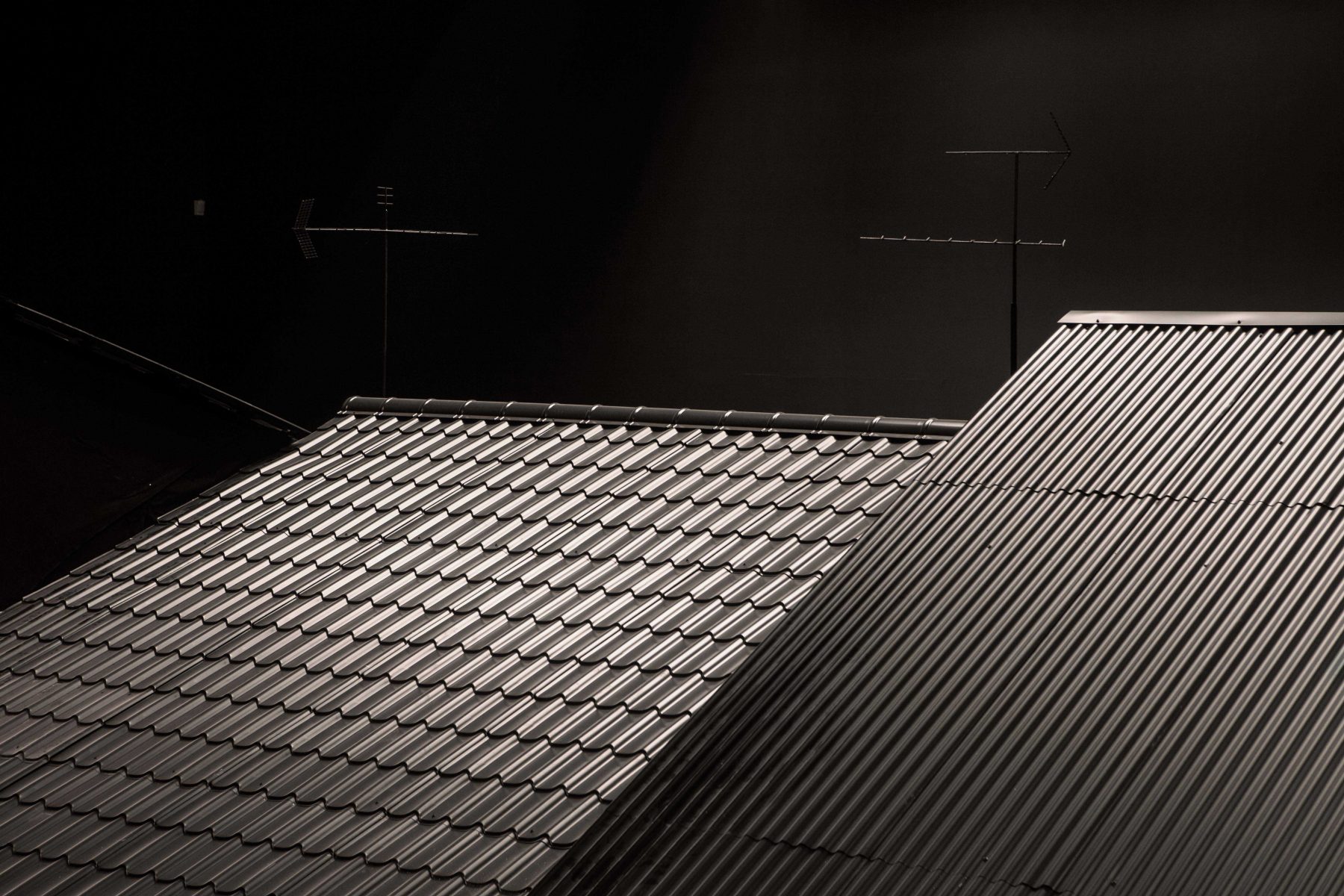 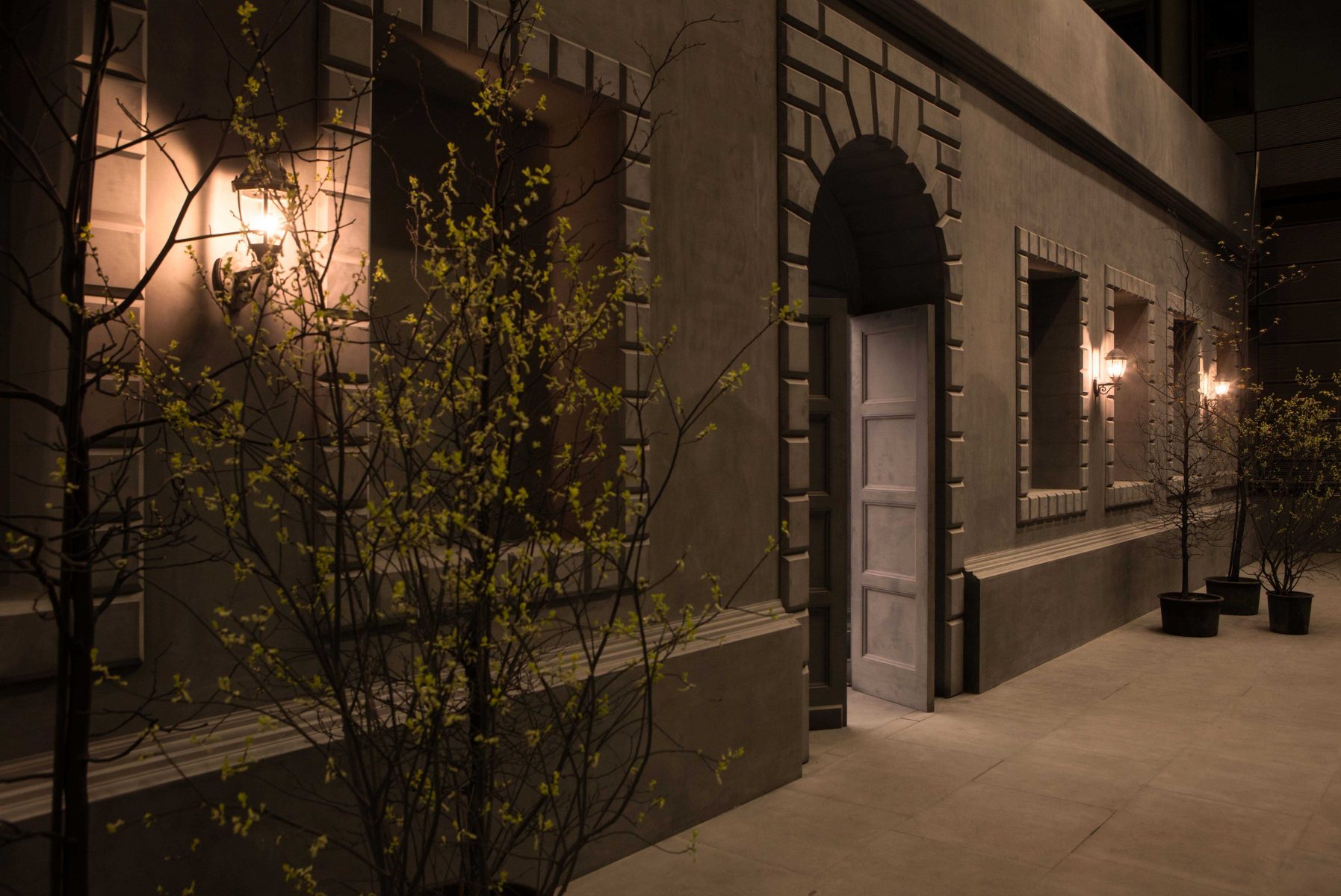 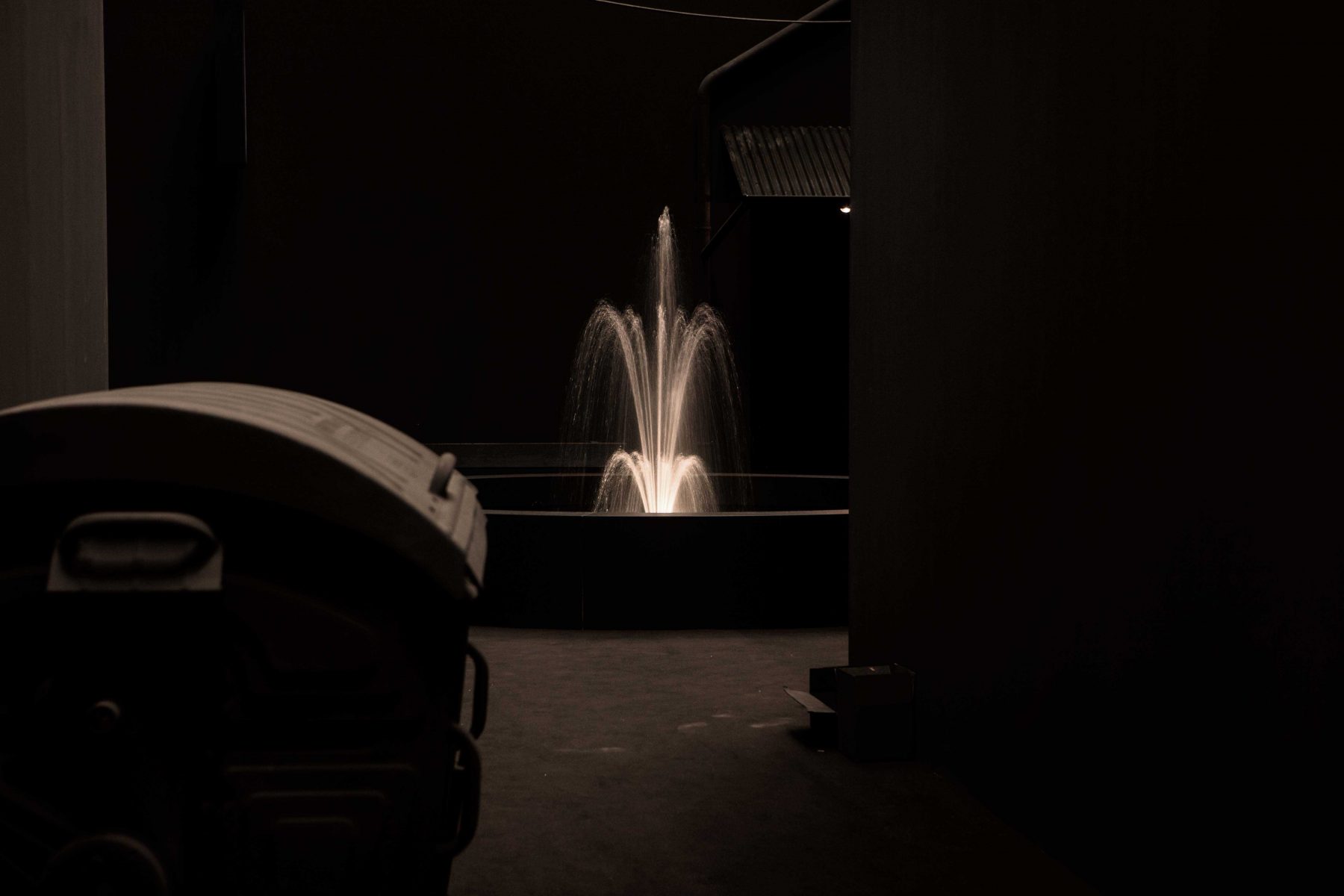 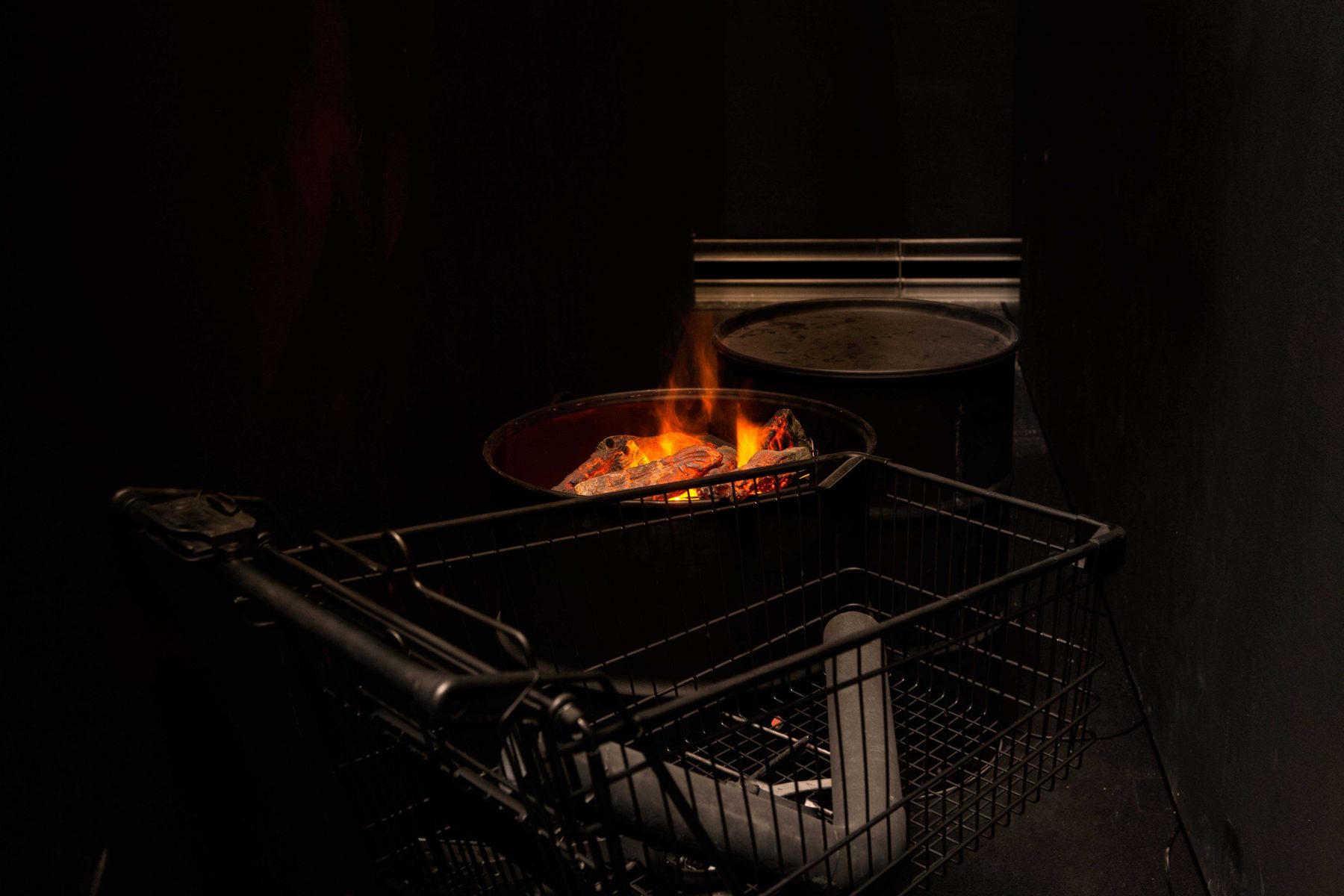 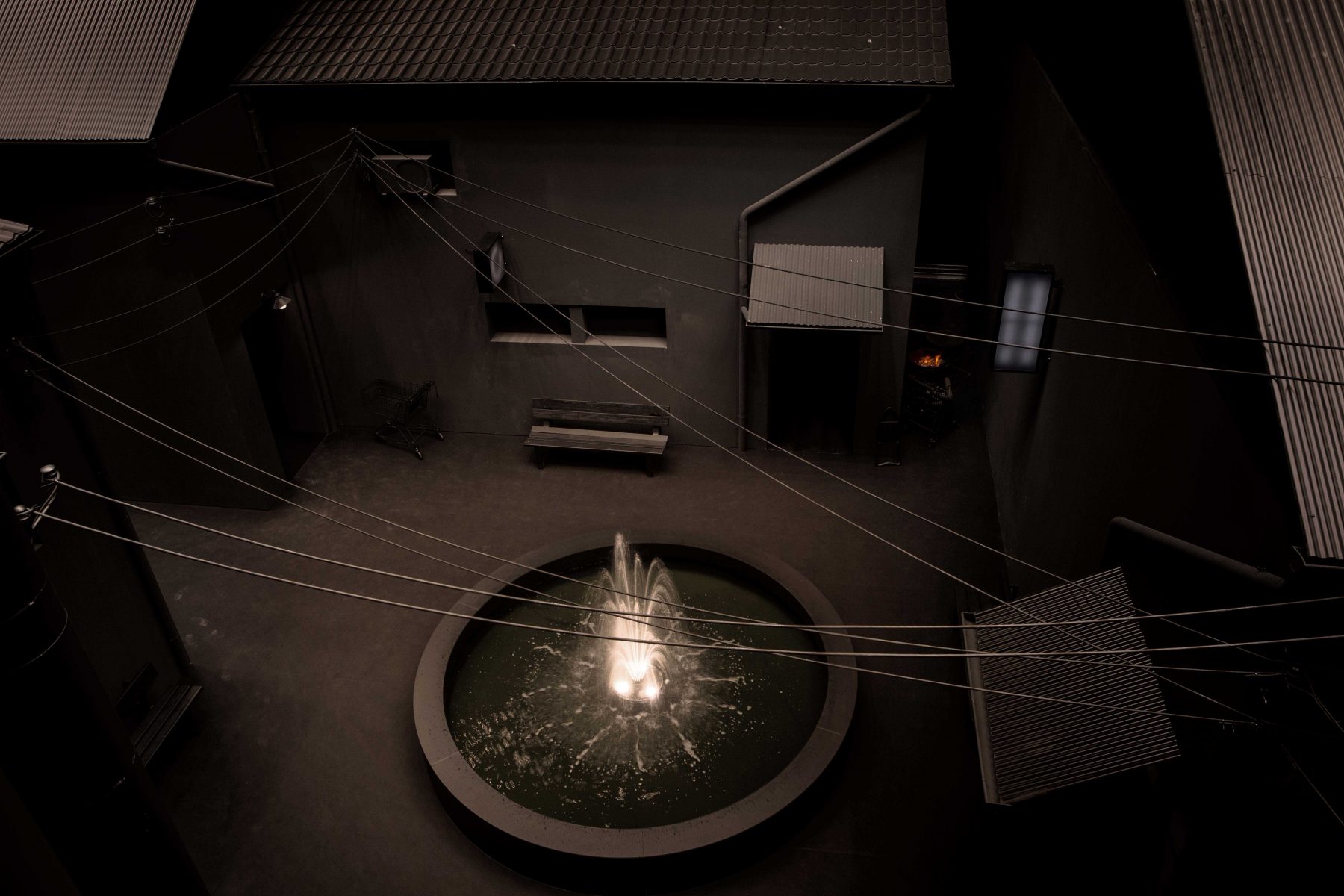 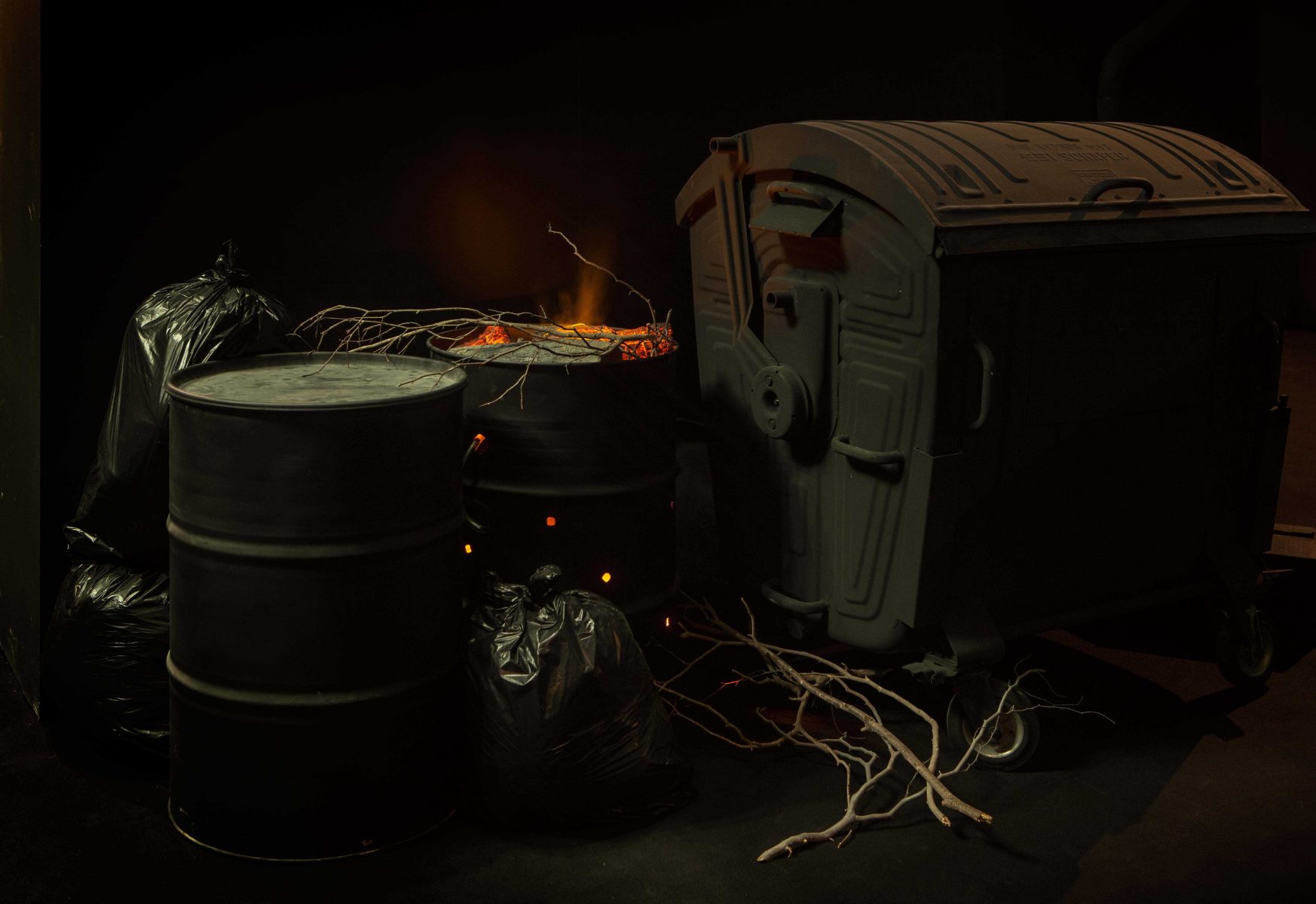 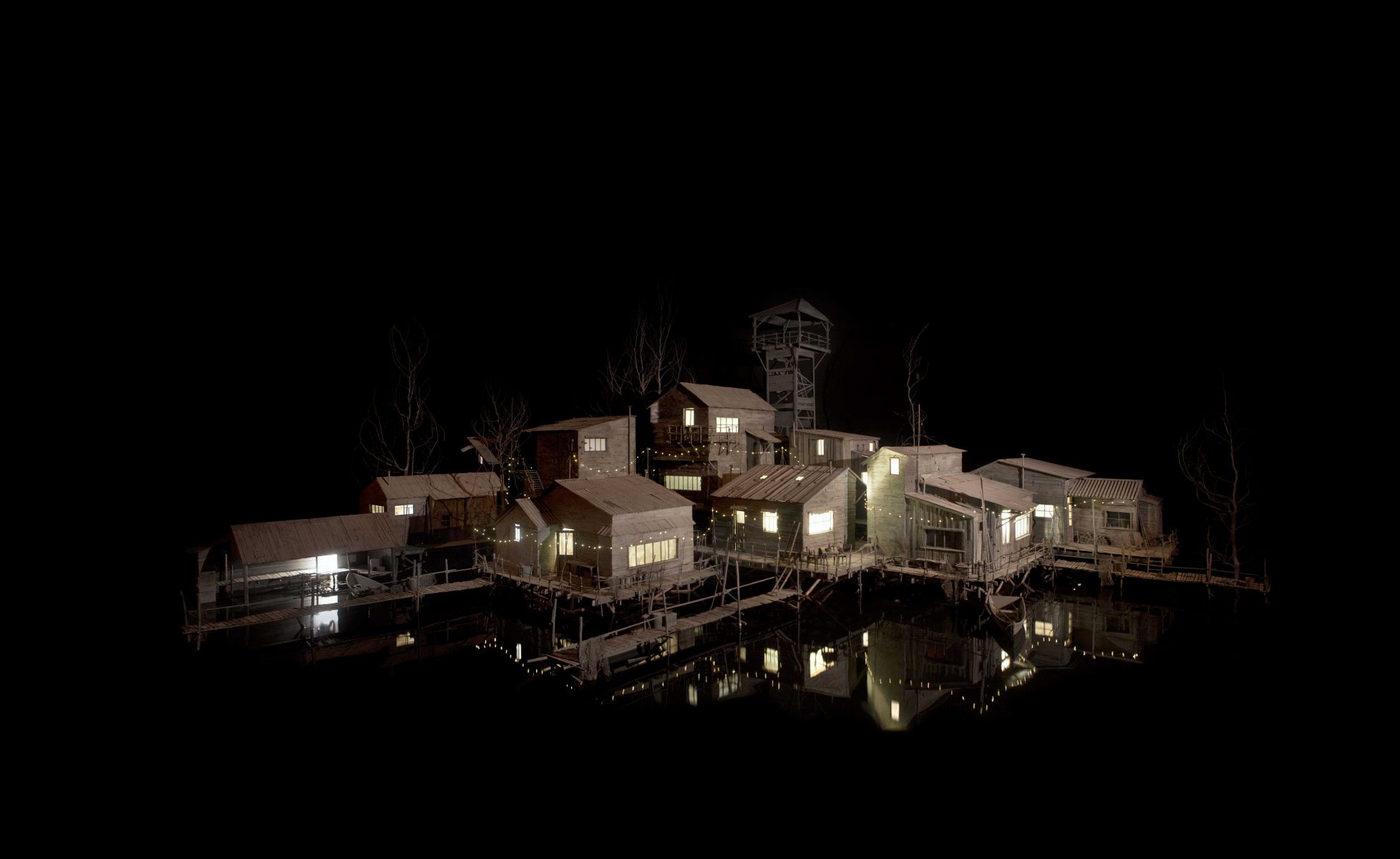 Out of the Ordinary Sculptural Installation, 2017.

Hans Op de Beeck’s largest-ever solo exhibition, in the Kunstmuseum Wolfsburg (Germany), was an all-embracing mise-en-scène, encompassing more than 2200 square metres, called Out of the Ordinary, which was also the title of the exhibition.
As a rule we use the phrase out of the ordinary to indicate something unwonted or extraordinary. But Op de Beeck took it in a more literal sense to mean something made out of the ordinary, the everyday. And thus he exposed the extraordinary in the everyday, bending the banal into the original, transfiguring the commonplace into the exotic.
In Out of the Ordinary we entered the Kunstmuseum’s great exhibition hall from a higher level, via Op de Beeck’s 2016 The Collector’s House, the strange, life-sized evocation of a fictive, somewhat pompous collector’s private gallery, entirely sculpted in grey, black-and-white. Leaving it, we found ourselves on the collector’s palazzo-like balcony, gazing at the panoramic view of the streetscape below – a monumental conglomeration of abandoned industrial buildings illuminated by sodium streetlights. The street was not hyper-realistic but largely sculpturally interpreted in monochrome black.
Descending the stairs from our privileged viewpoint we entered a subfusc underworld of dark narrow alleys, furnished with rubbish bins, oil-drum campfires, benches, a fountain. Inside each of the buildings other works were waiting to be discovered – Op de Beeck’s autonomous sculptural installations and videos. Large installations like The Amusement Park, which evokes a closed and deserted funfair at night, and The Settlement, a fictive water village of stilt houses, brought the outdoors indoors, ingeniously adding another layer of ambiguity to the sculptor’s disconcerting manipulation of our perception of inside and outside.
Each of the works in the buildings were a whole world in itself, like the Sea of Tranquillity, which depicts an obscure museum devoted to the story of a fictional cruise liner, or Table (1), in which a bright white room containing an equally white abandoned party table scaled up by half again reduce adult visitors to the size of a seven-year-old child.
In addition to these and other sculptural installations, Out of the Ordinary included video works that illustrate the extraordinary scope of Op de Beeck’s use of the medium – an animated film based on watercolours, a film made to scale on a minuscule film set, and a genuinely cinematographic movie with actors, studio recordings, and digitally-drawn decors.

Out of the Ordinary