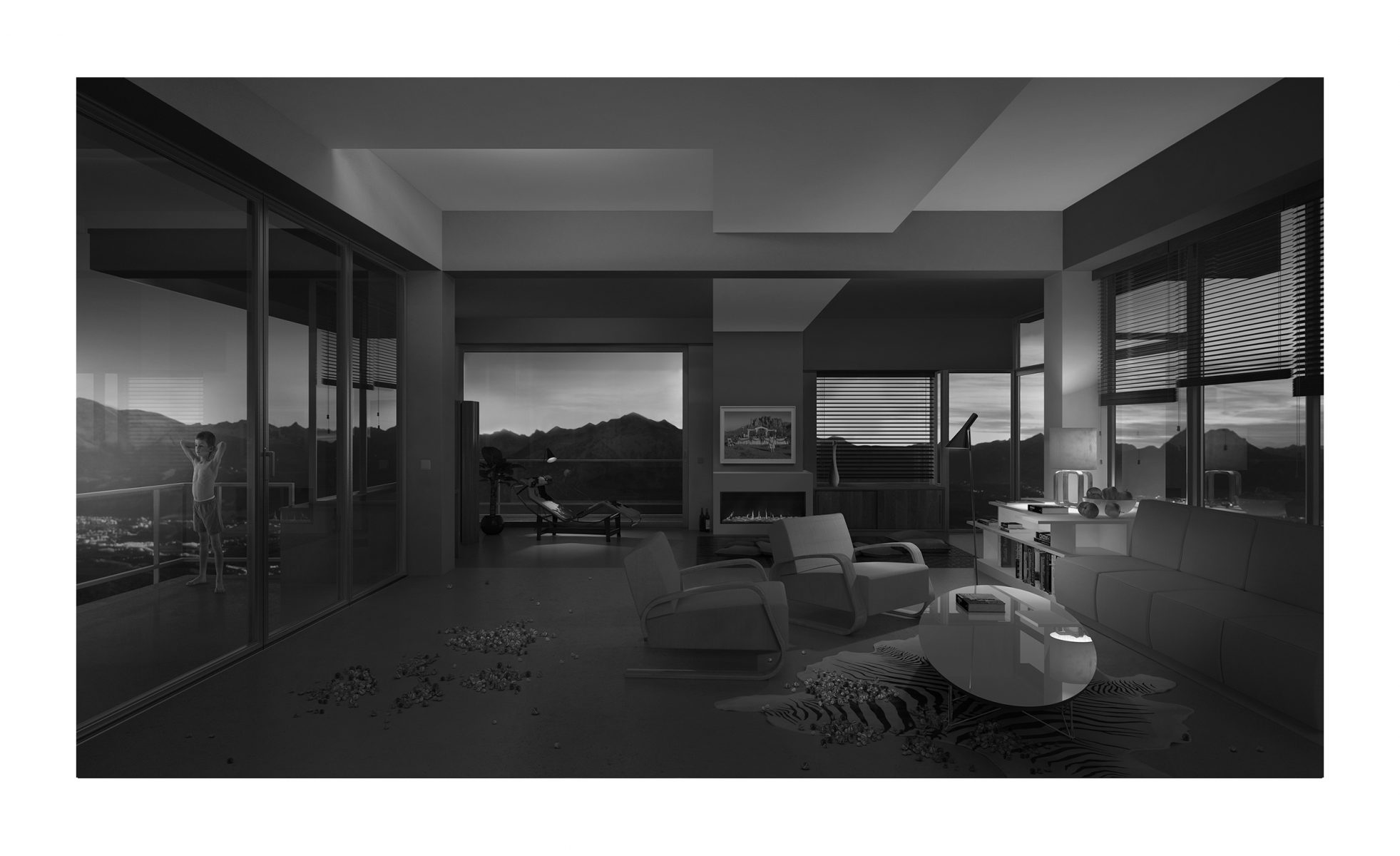 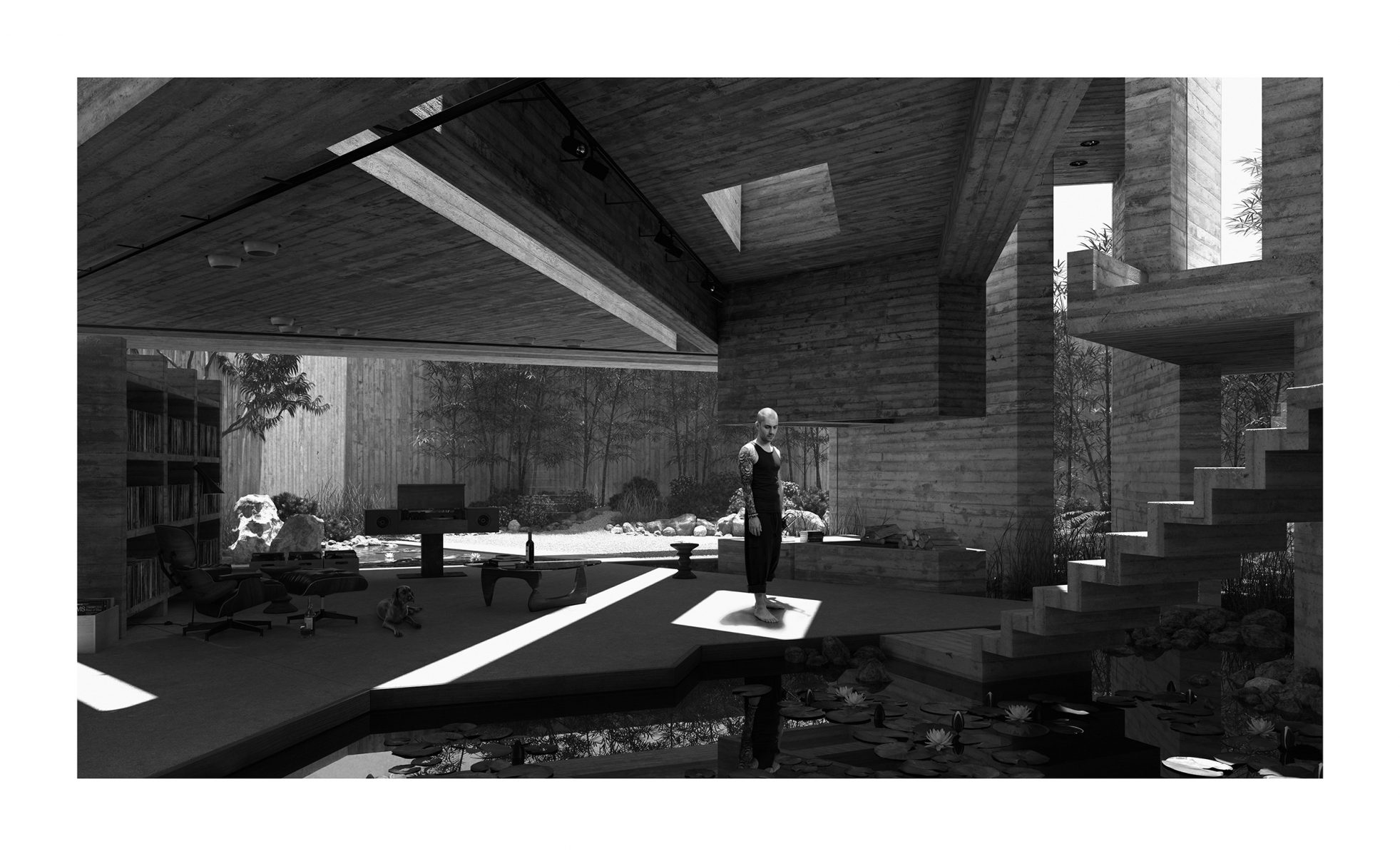 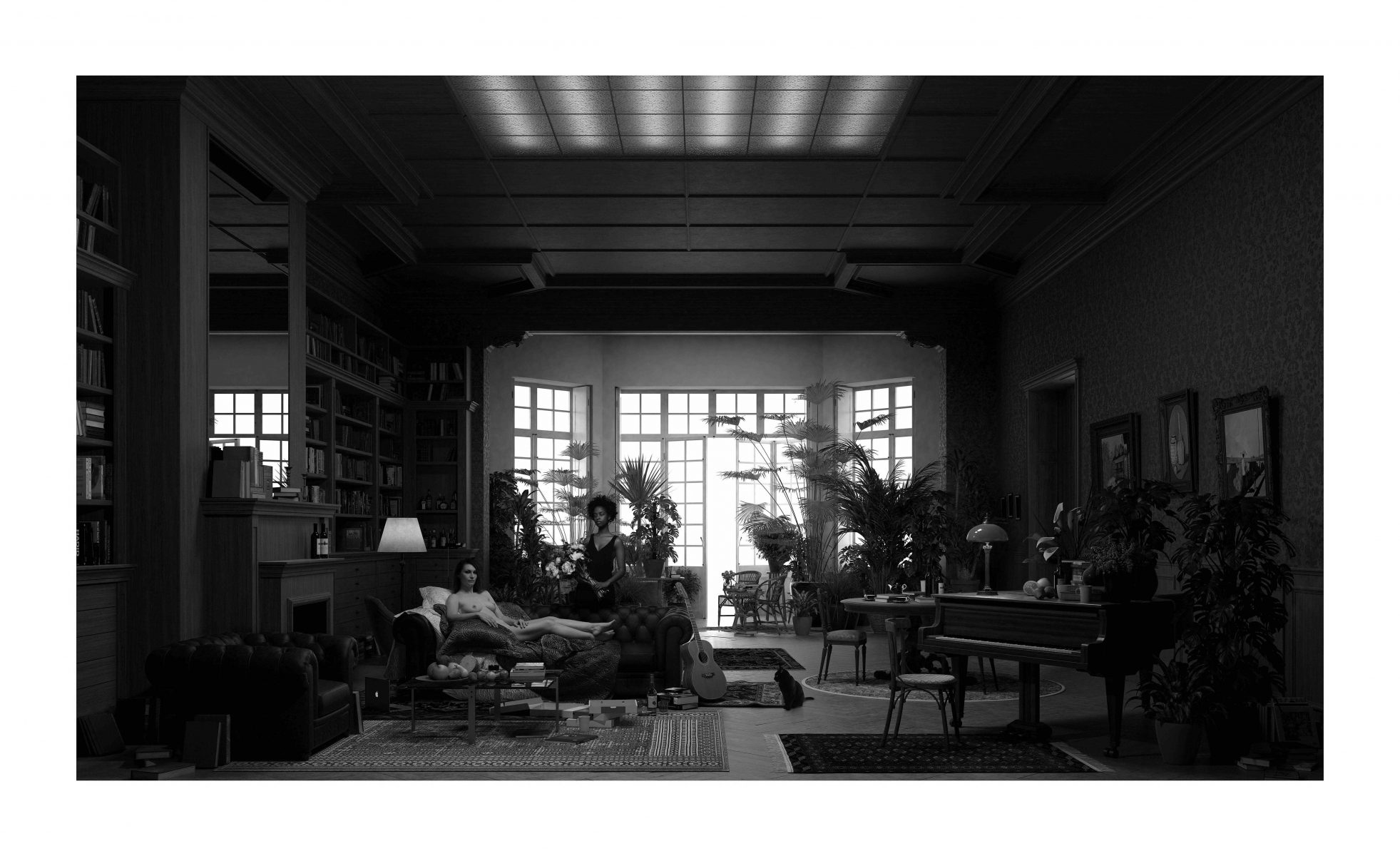 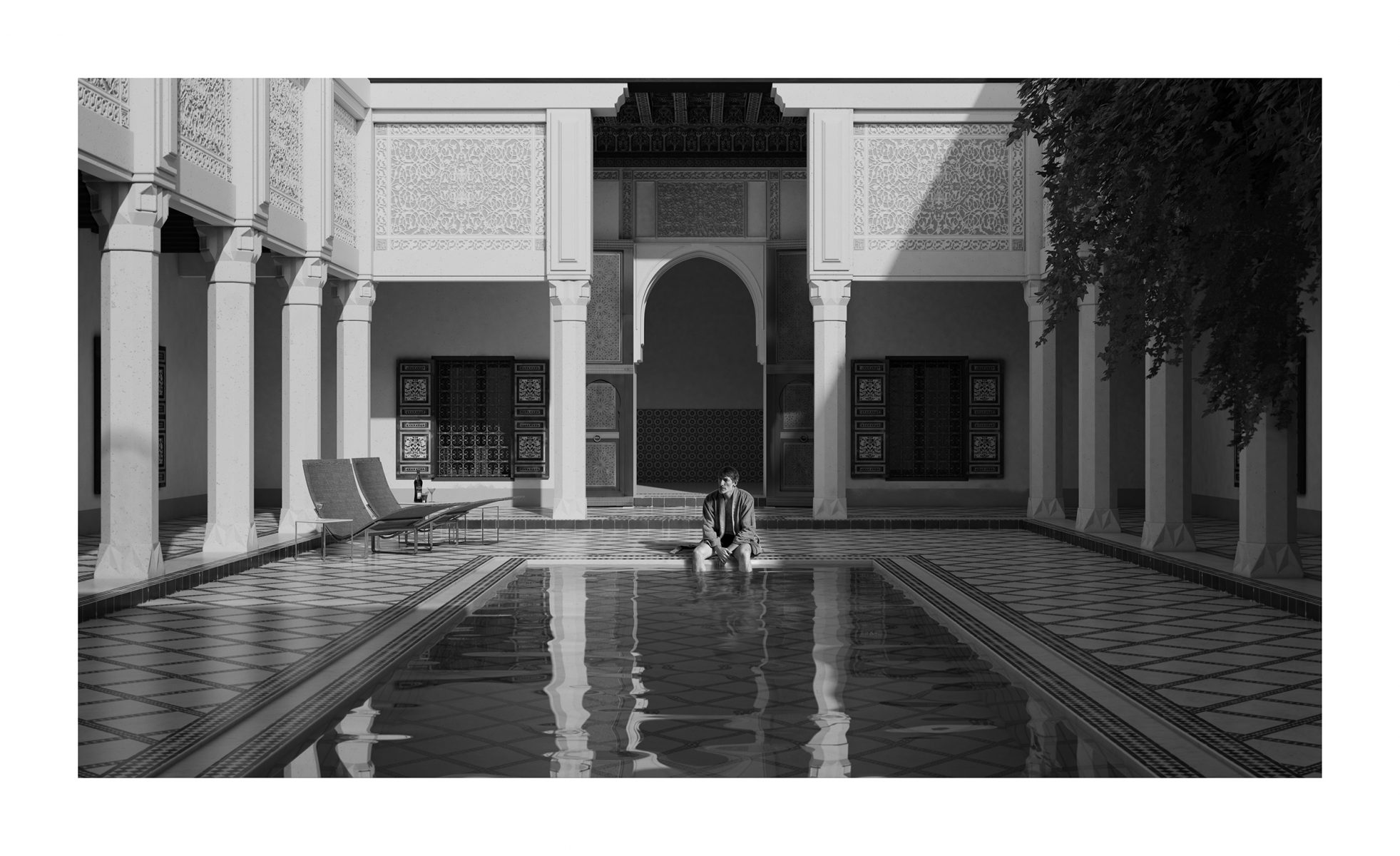 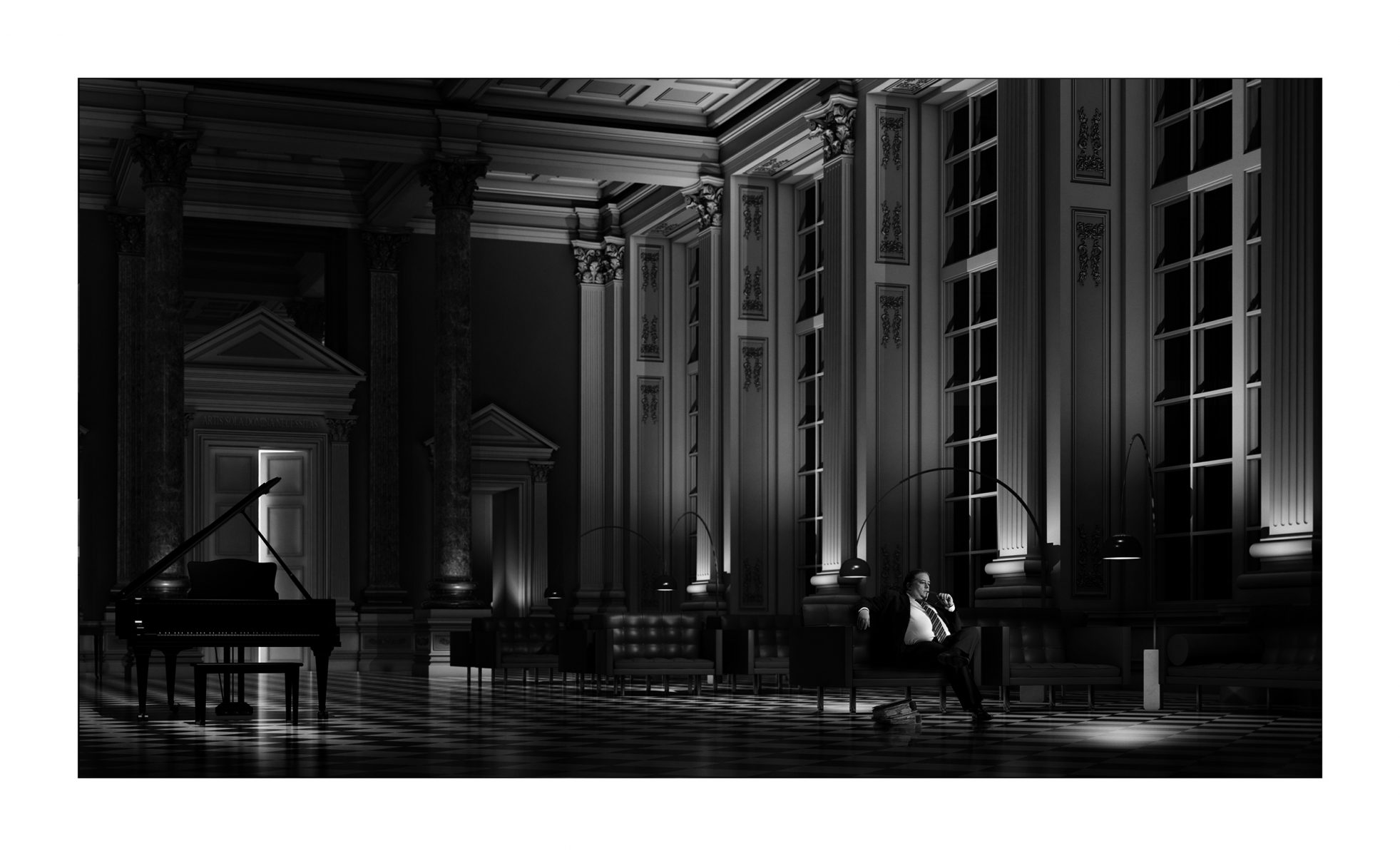 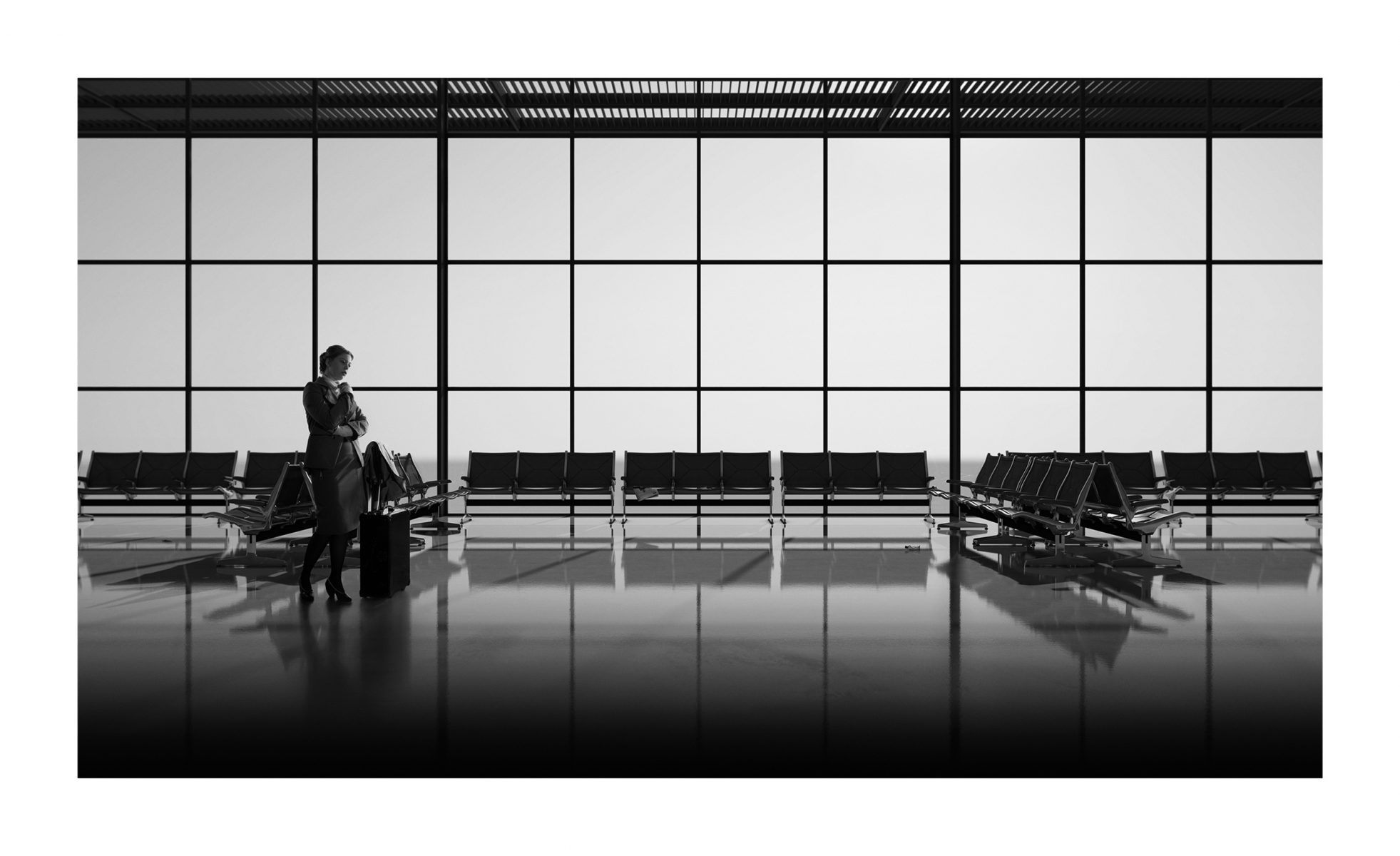 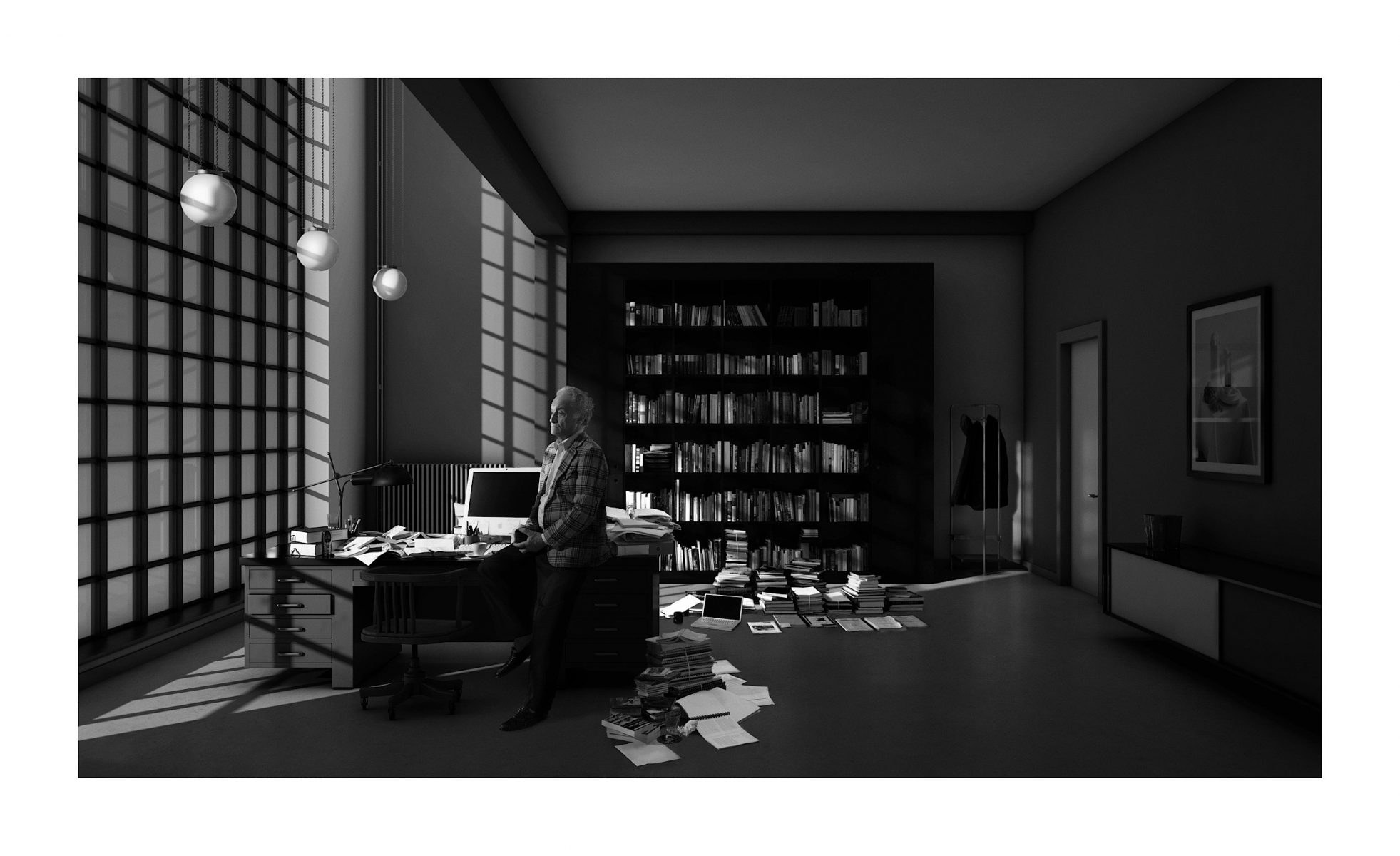 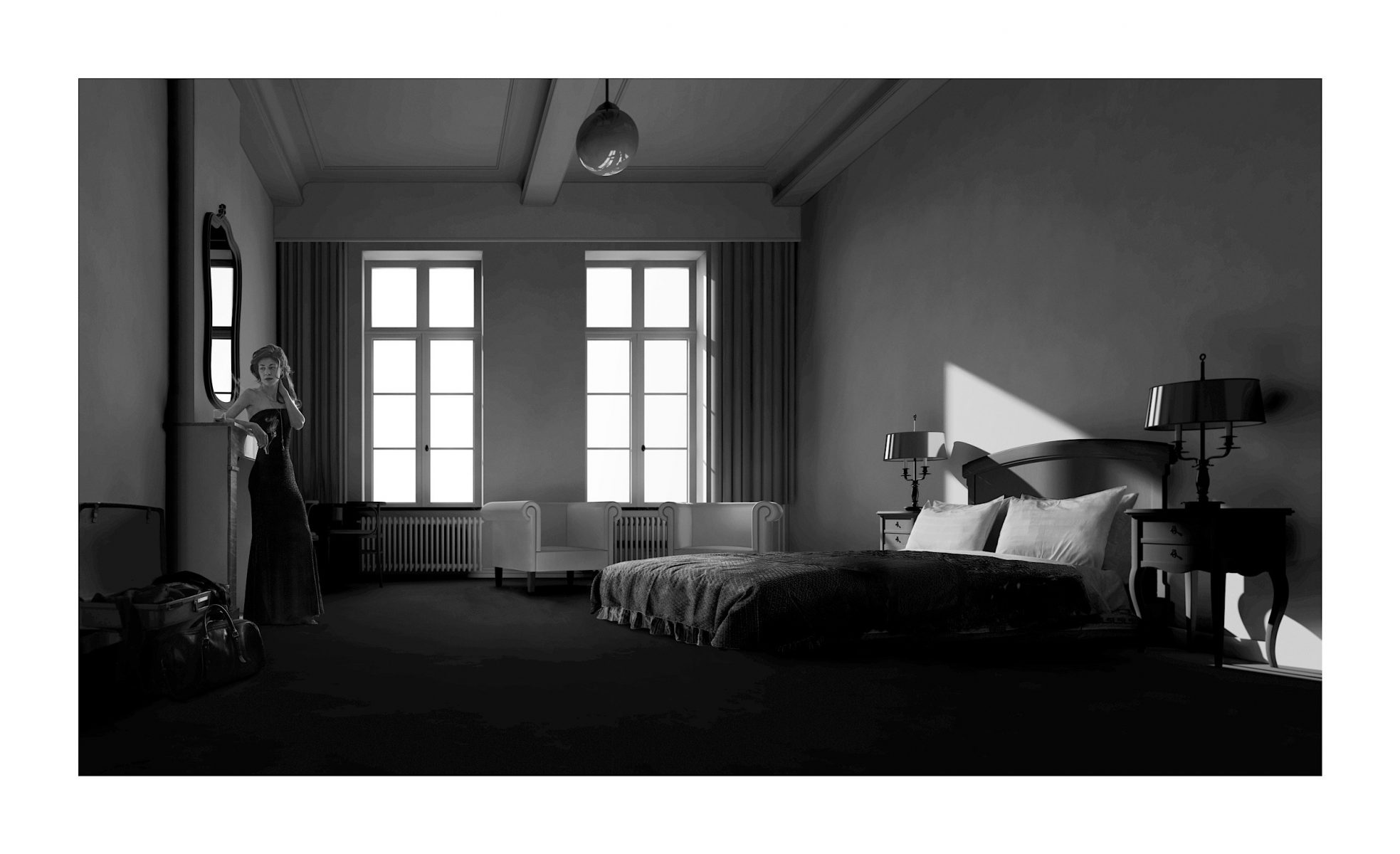 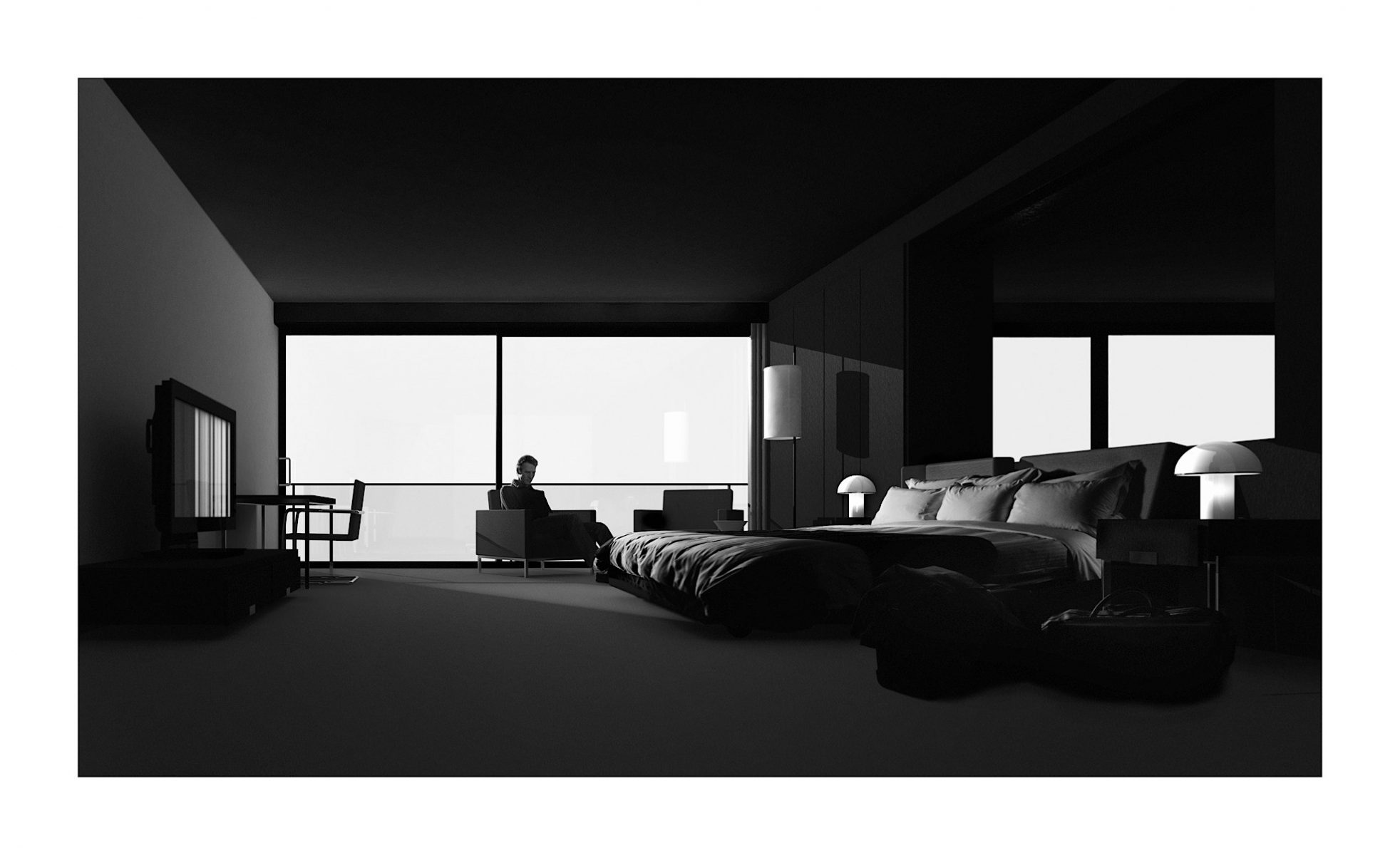 Rooms Series of Photographs, 2017. Lambda Print mounted on Dibond and covered with Plexiglas

In this series of large black-and-white pictures, the artist concentrates on the loss of self, moments in which a person within an interior slips into a state of mental absence. Every picture features only one protagonist, each of whom is presented in completely different surroundings. The interiors provide information about the presumed life and social background of the person portrayed, as well as about the specific moment and the stage of life that the individual has reached. This series of images in photographic form is more closely related to the traditional art of painting than to photography, as each of the interiors has sprung from the artist's imagination. These are non-existent interiors designed entirely by computer with a realism that appears photographic in quality.
The framing of the picture alludes to the classic paintings of artists including the Flemish Primitives, employing a central perspective, a 'naïve' construction with a single central vanishing point. This precise perspective reinforces the invitation to the viewer to mentally enter into the space. The artist has incorporated characters (actors) into these virtual spaces, dressing and directing them in an empty photographic studio. The characters and the settings are then brought together on the computer screen. Each of the characters, no matter how different in appearance, has the same calm, introspective gaze, alluding to Old Masters such as Rogier van der Weyden. The presence of a window or aperture in a side or rear wall, an opening to the world outside, is a further connection to the traditional painting of that period.
However, this series also clearly refers to movies, in particular the film noir, in the use of a cinematographic, black-and-white wide-screen image and a cast of actors. The focus is on one actor in a still, artificial, often implicitly threatening setting. The artificial nature of the setting is never denied in these obviously constructed images, another factor that is closely related to traditional painting.