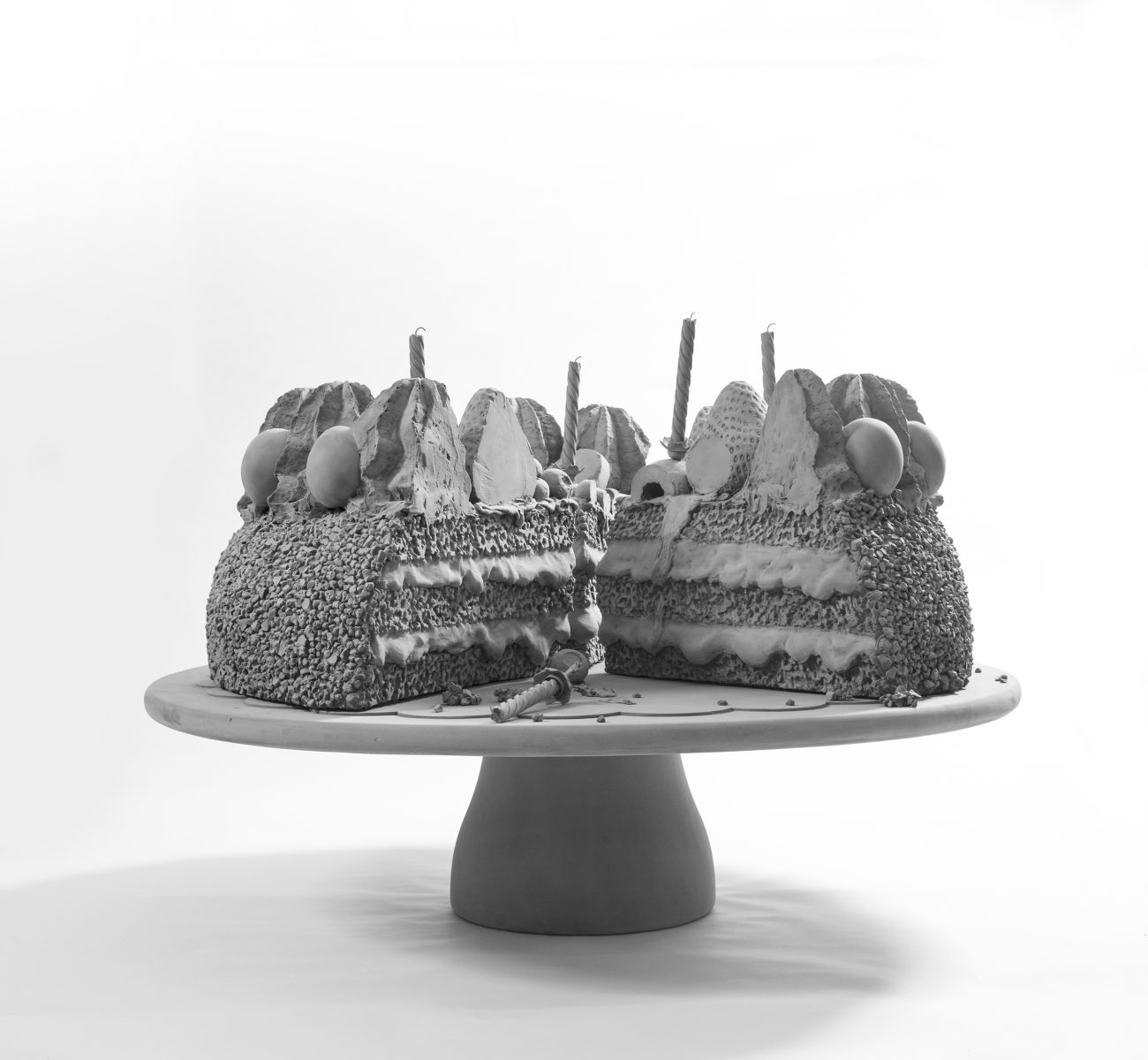 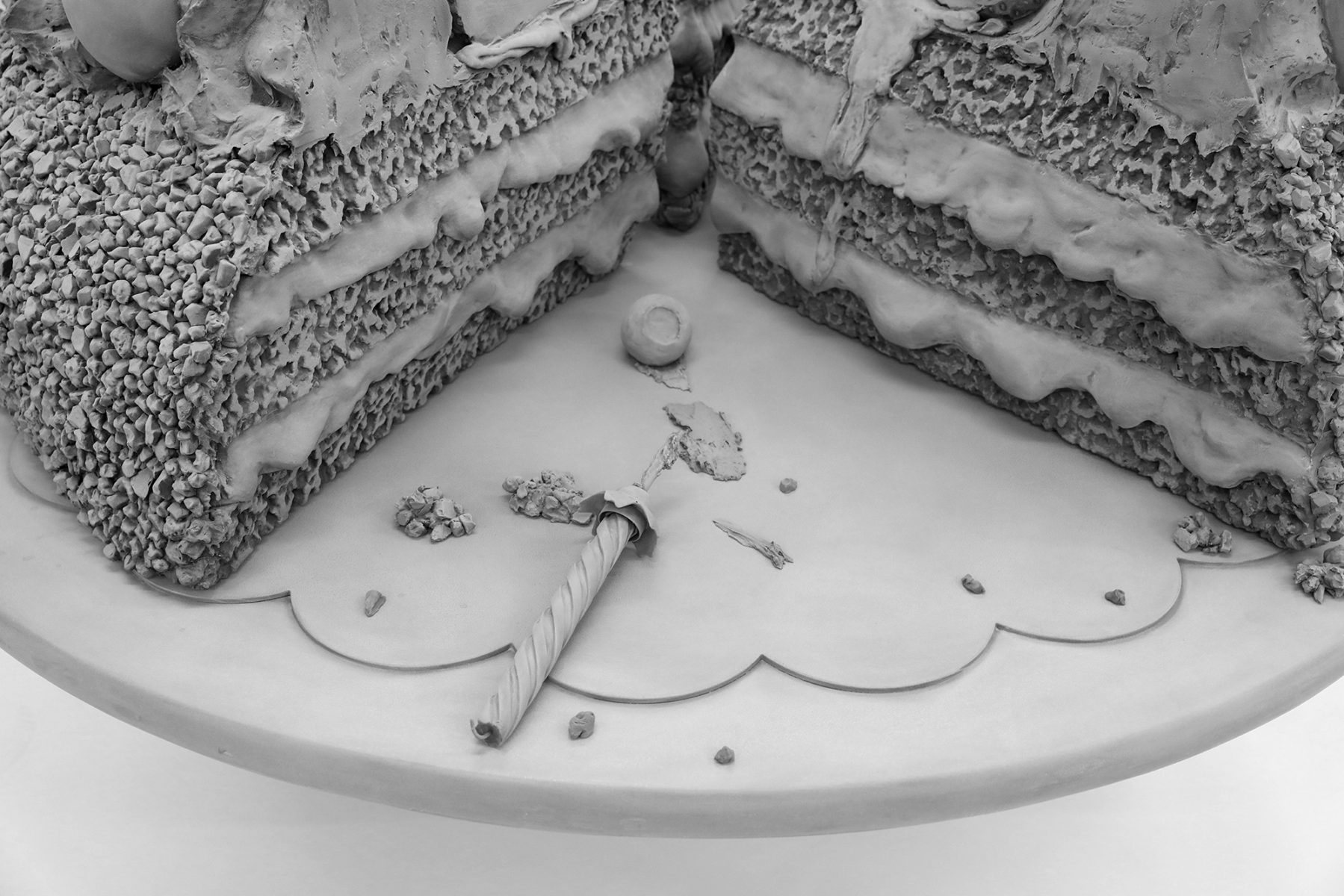 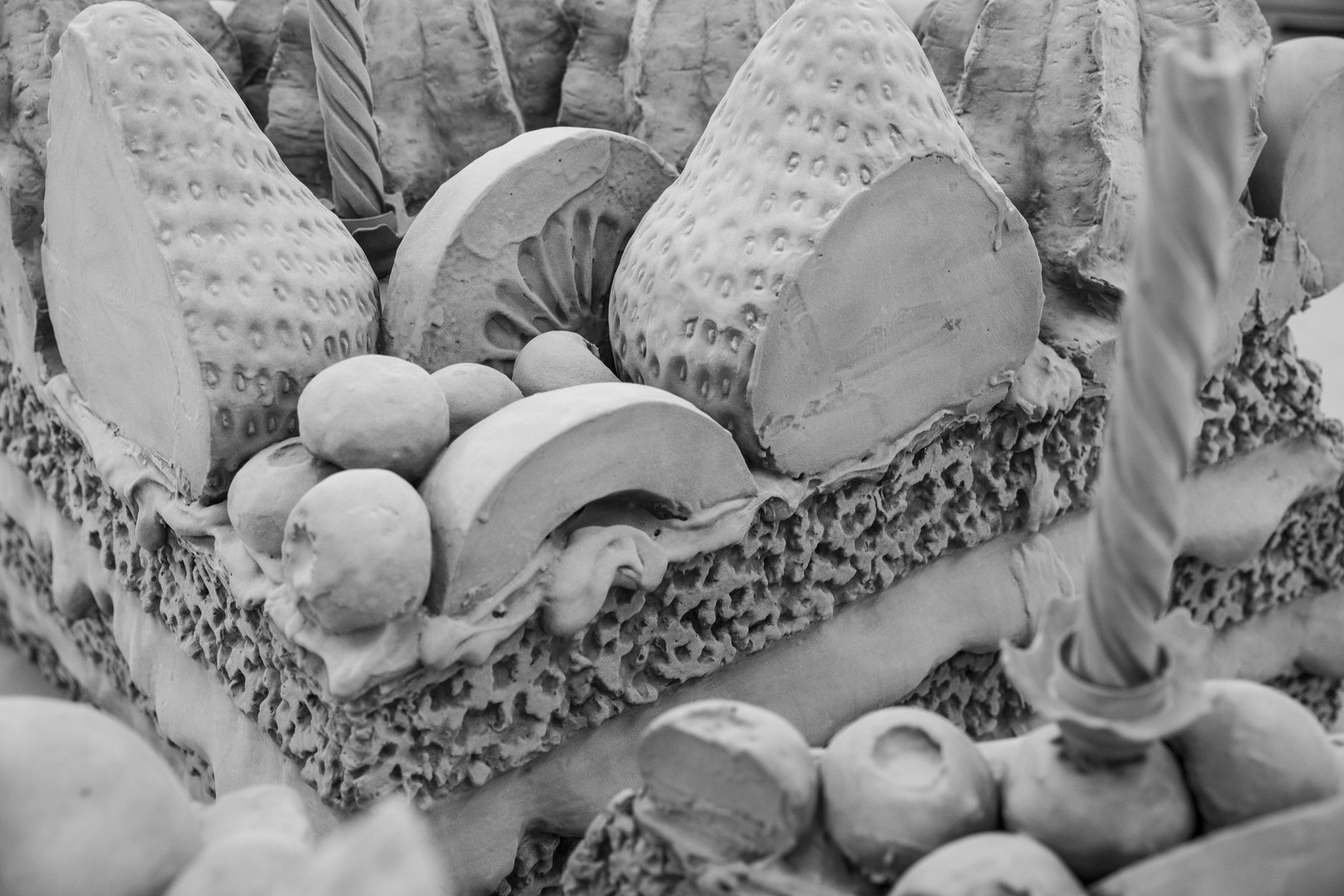 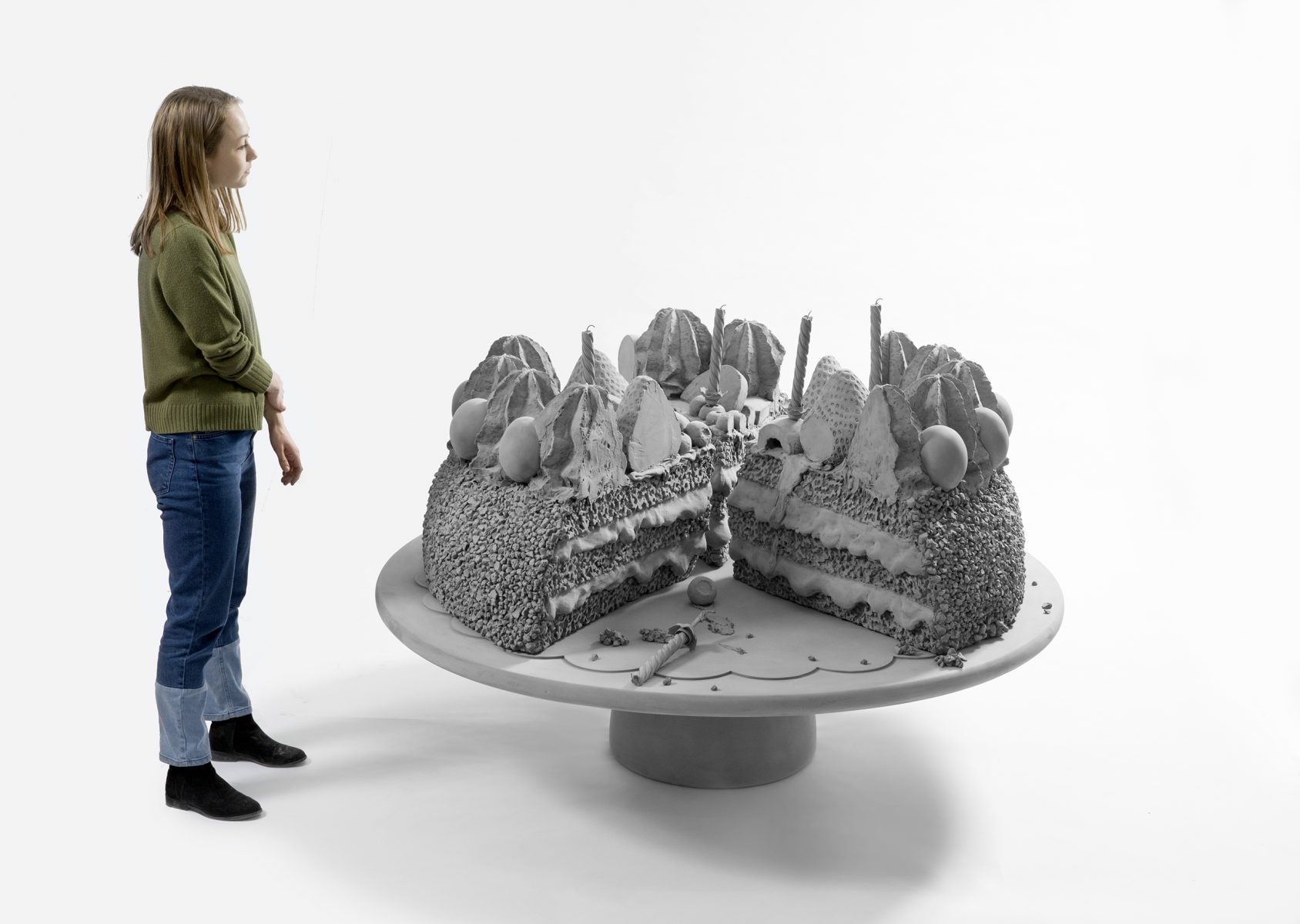 Festive rituals form an important thematic in the artist’s work. Memento Mori is a sculpture of an oversized birthday cake, finished in grey plaster and presented on a cake stand. But rather than intact, it is partially consumed, and on the verge of collapse. Therefore, what at first sight appears like a festive piece is revealed as a vanitas scene, a memento mori. The birthday ritual is a celebration, but the artist reminds us that it is in fact a further marker in the slide towards an individual’s demise. A pristine cake would signal an impending festivity, whilst this partially eaten confection alludes to nothing but the sobering emptiness of its aftermath.