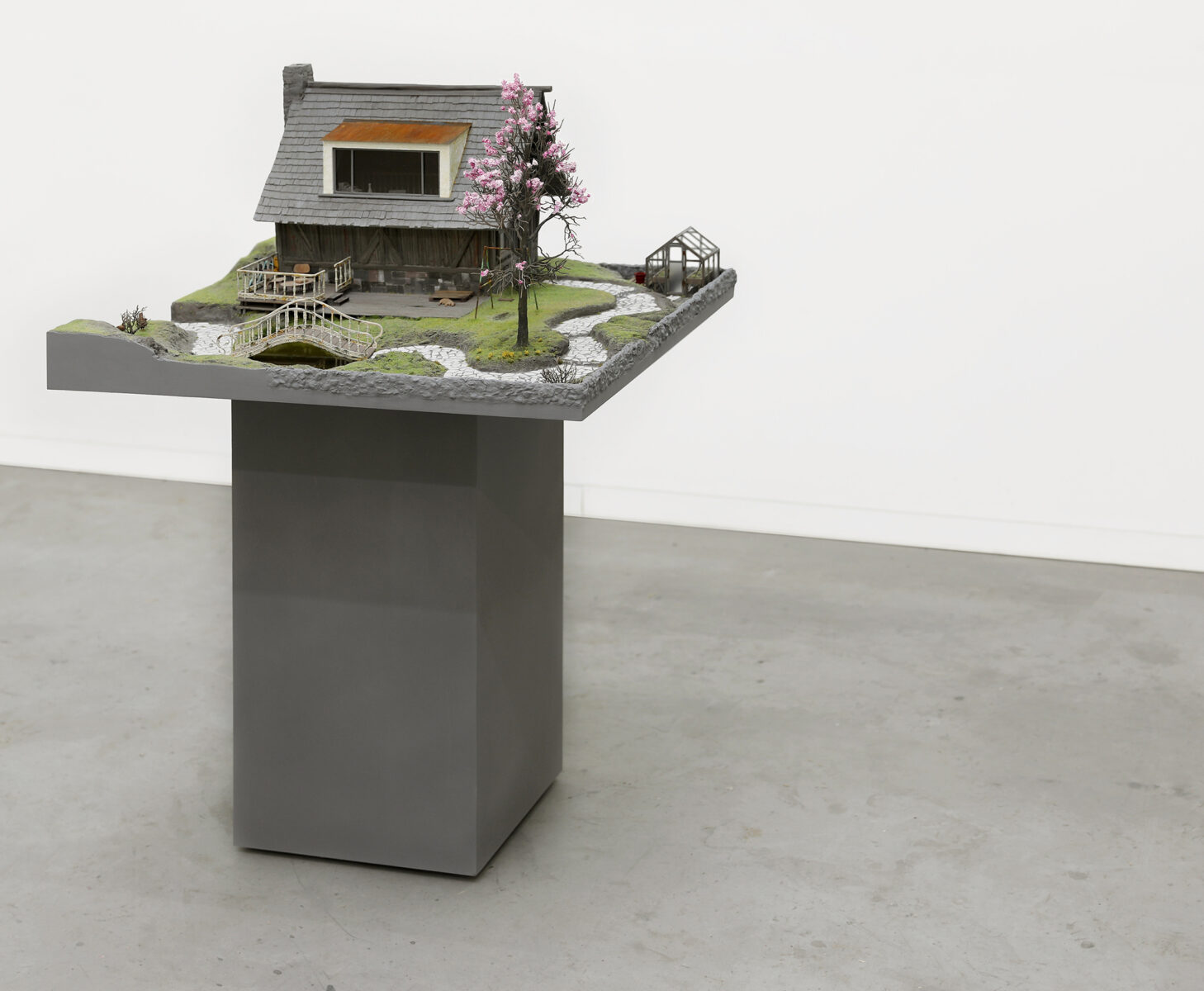 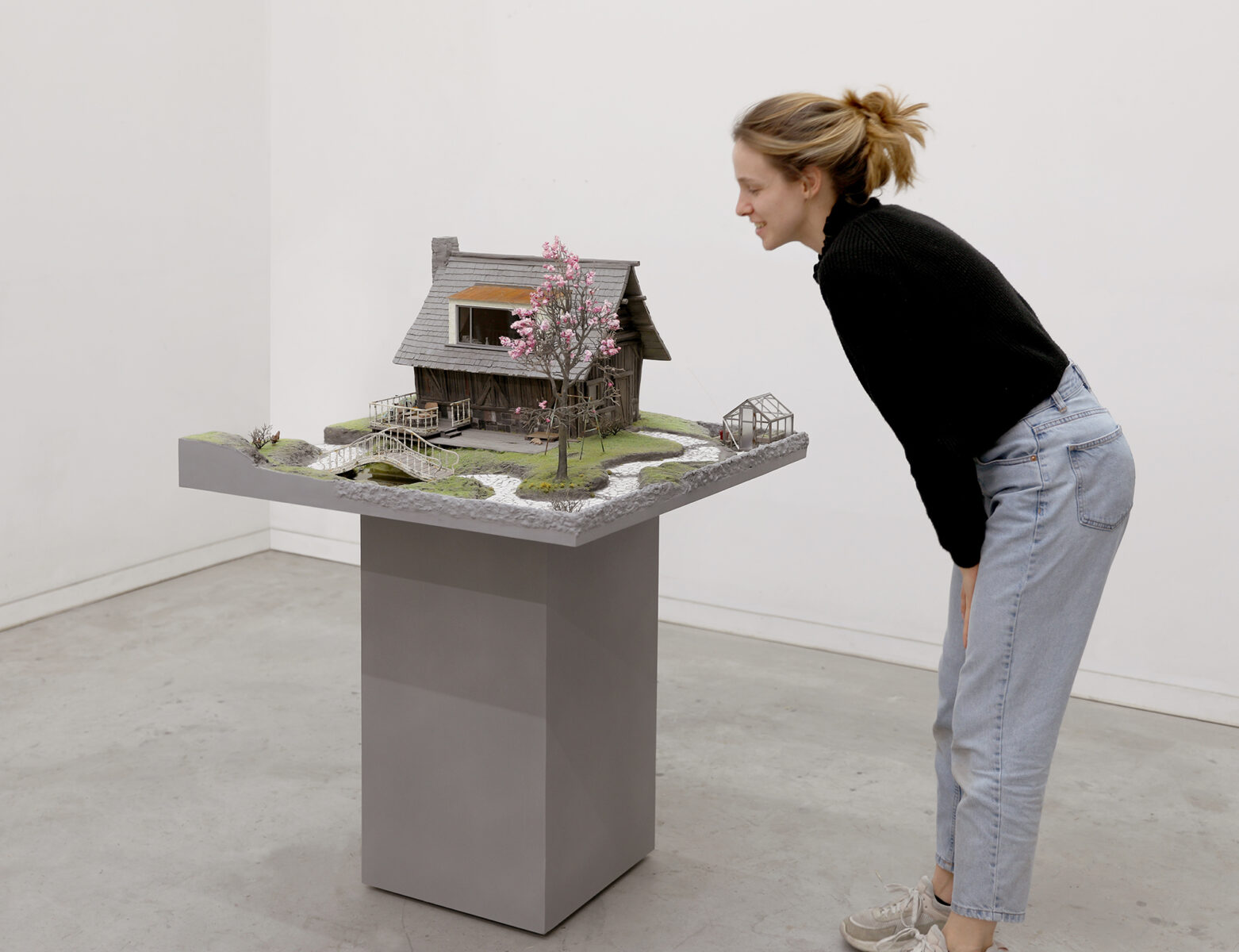 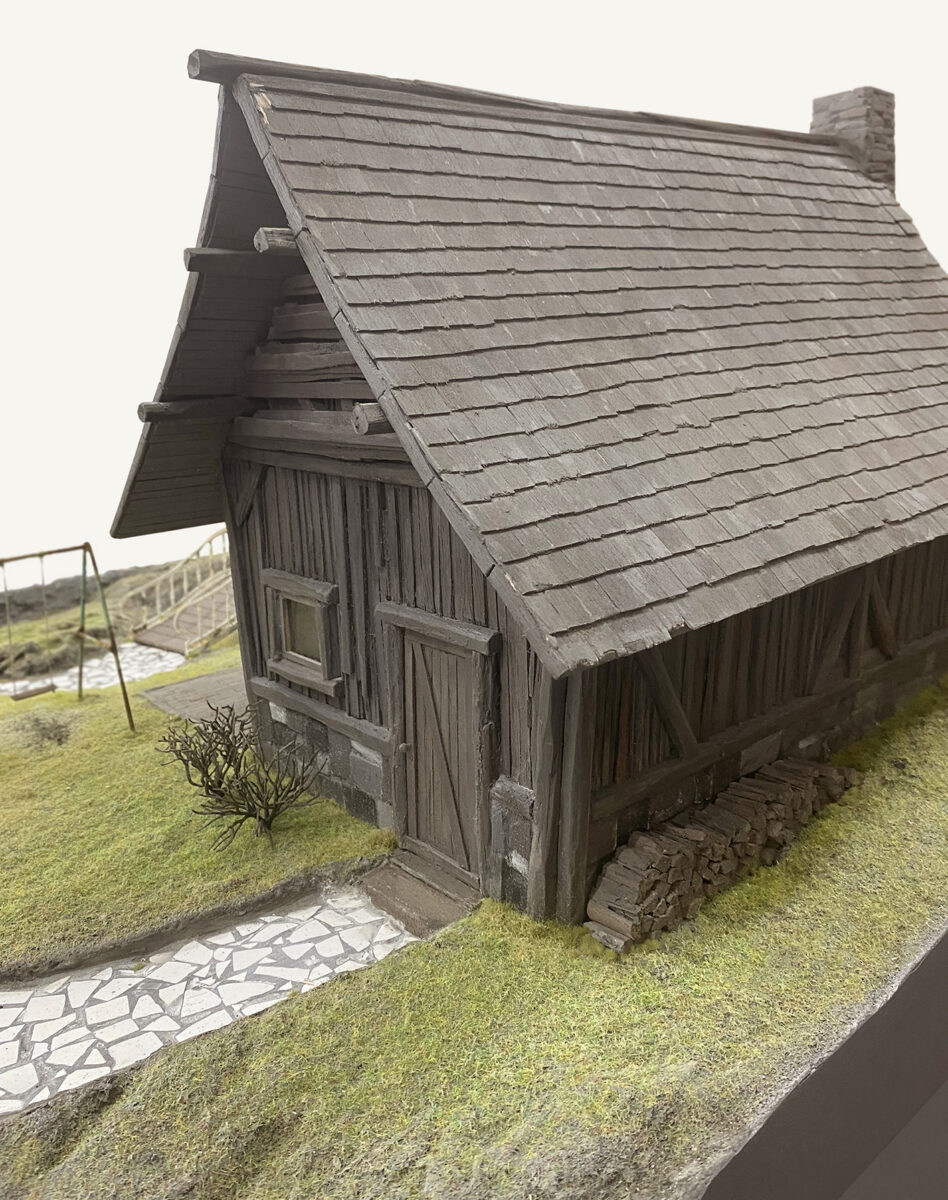 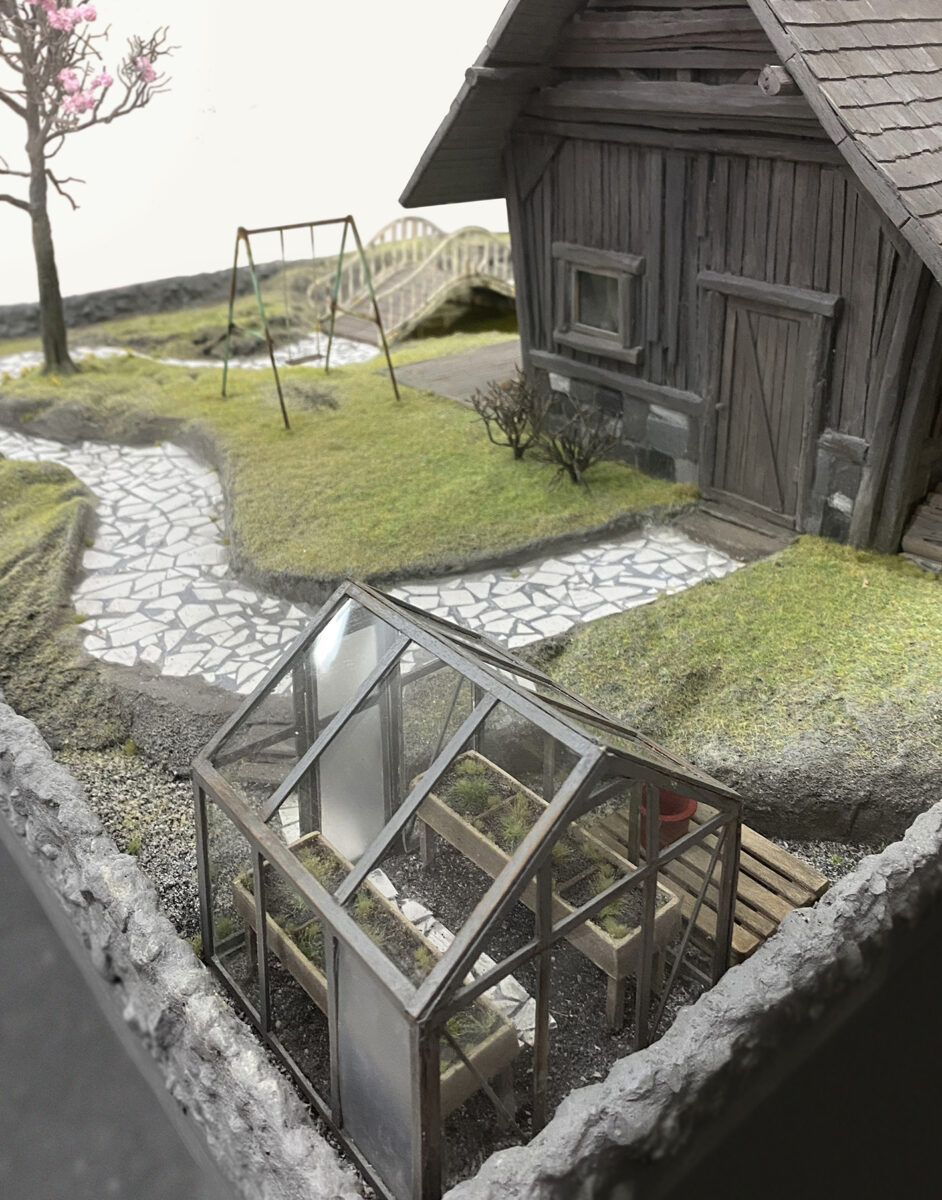 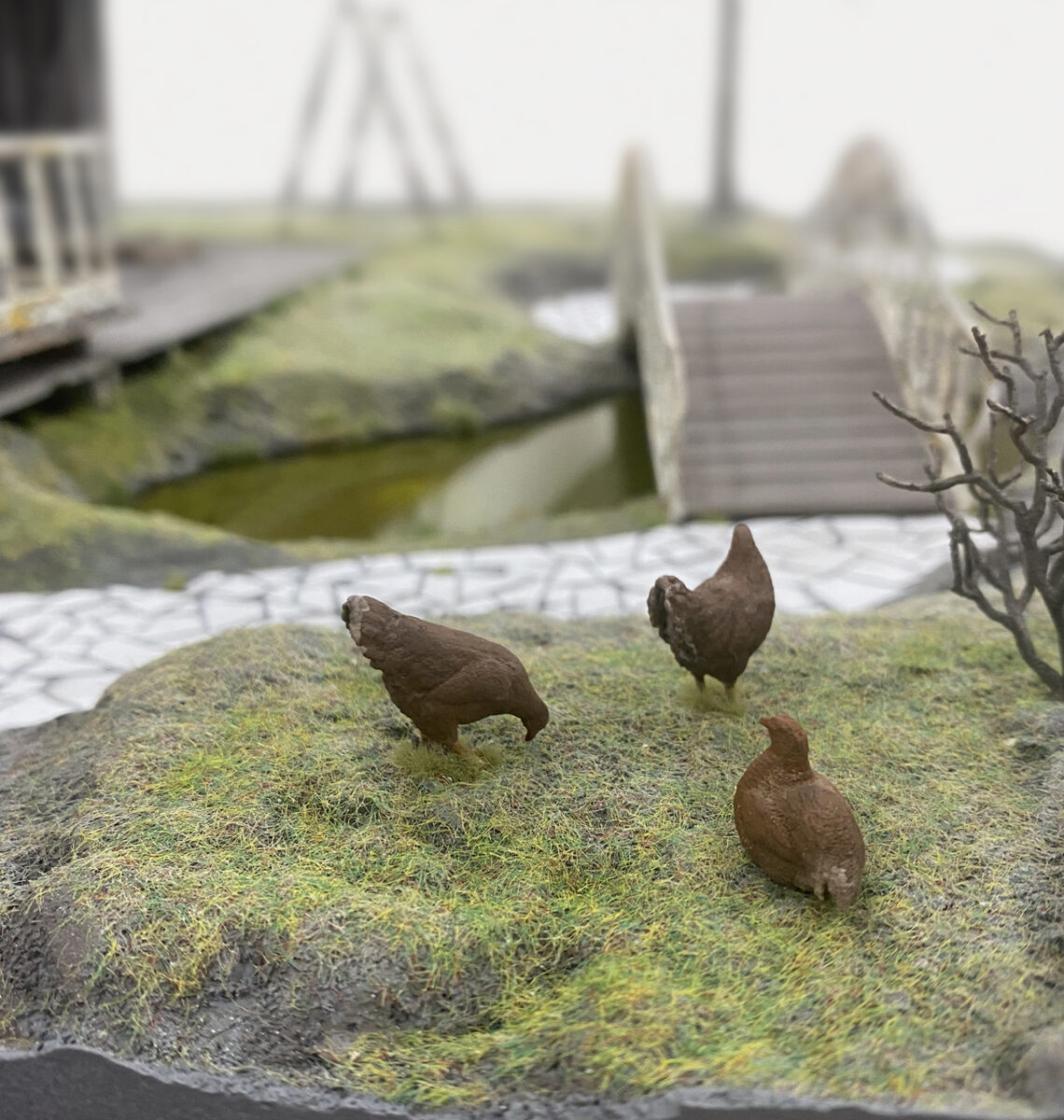 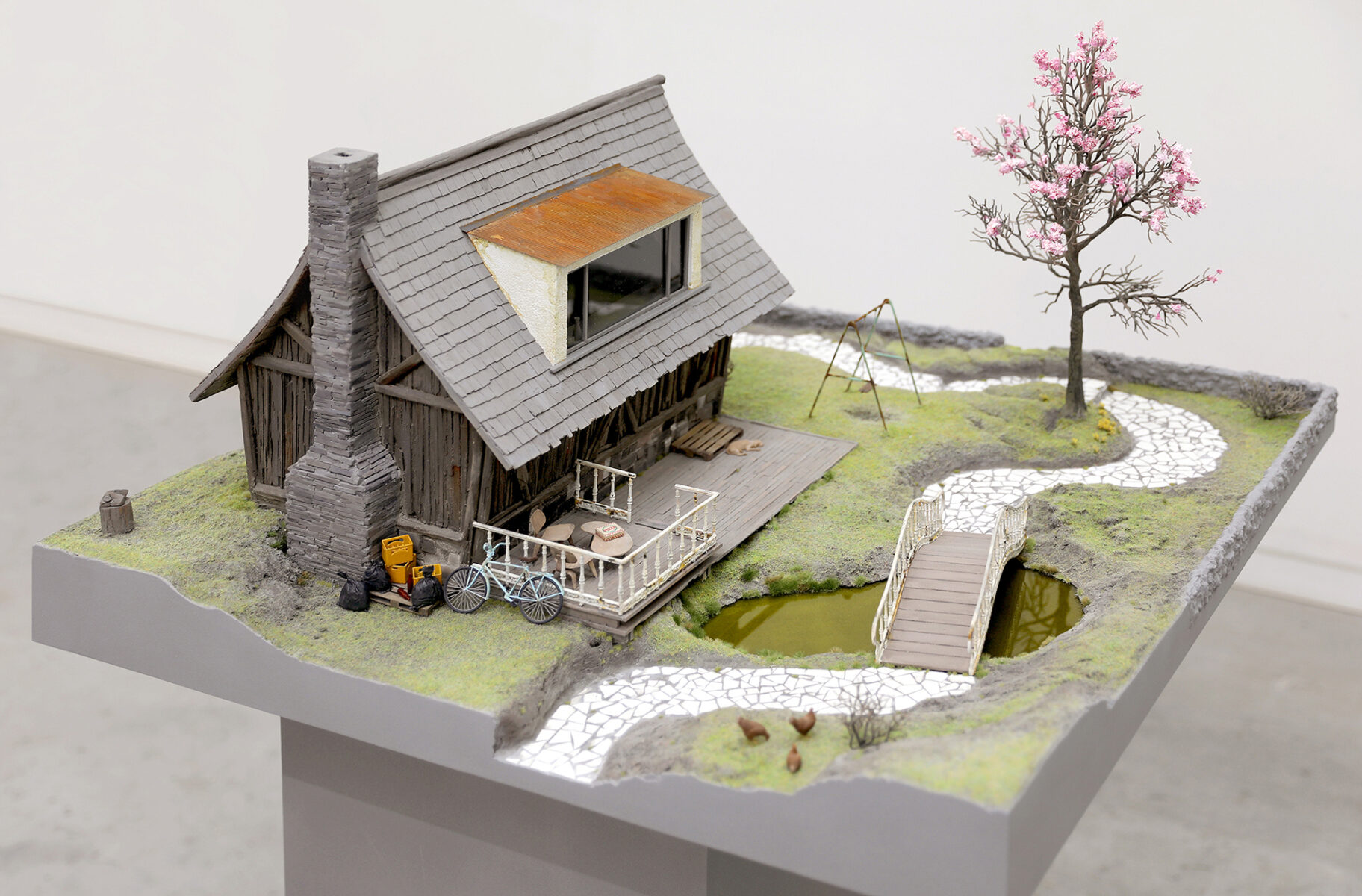 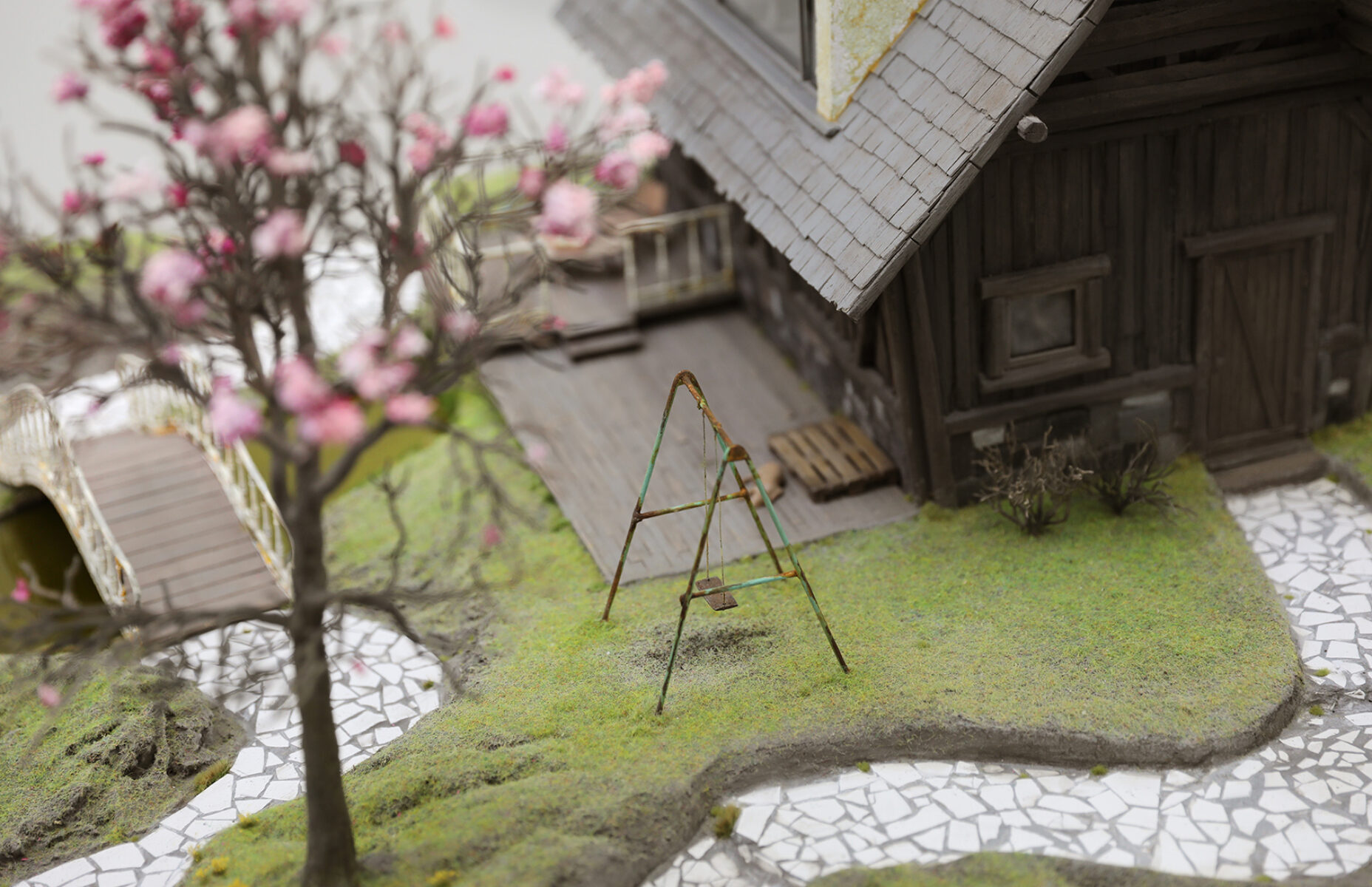 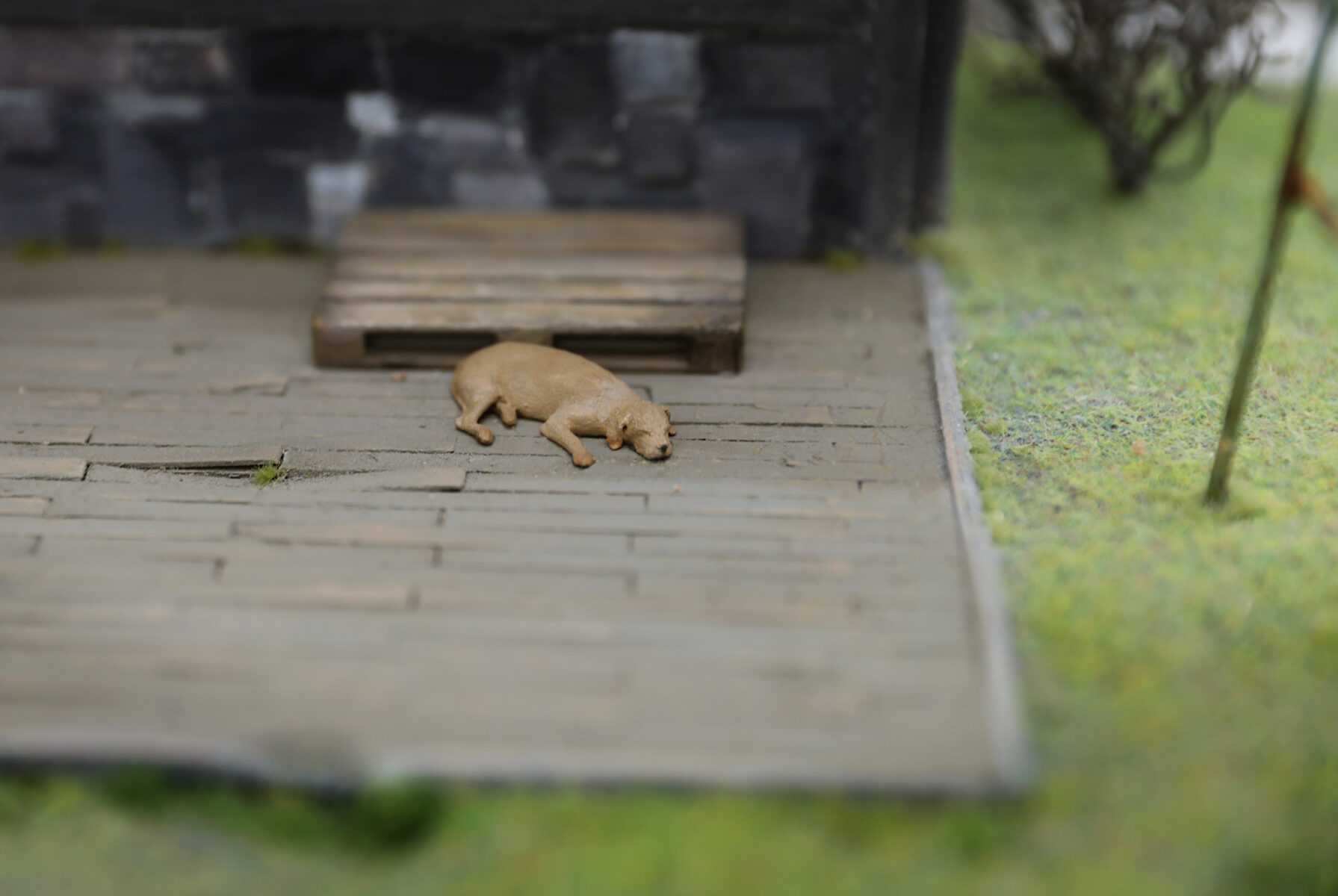 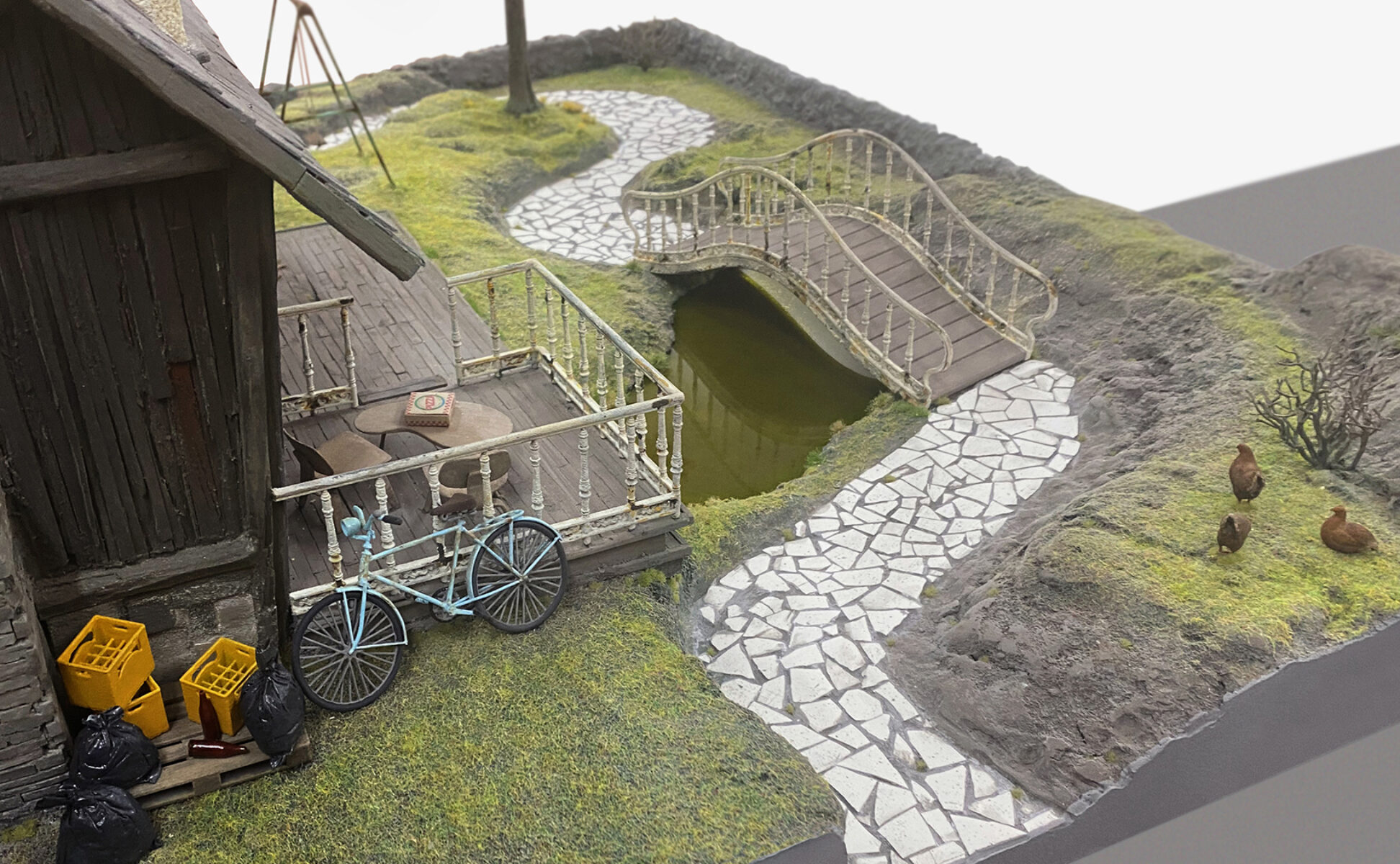 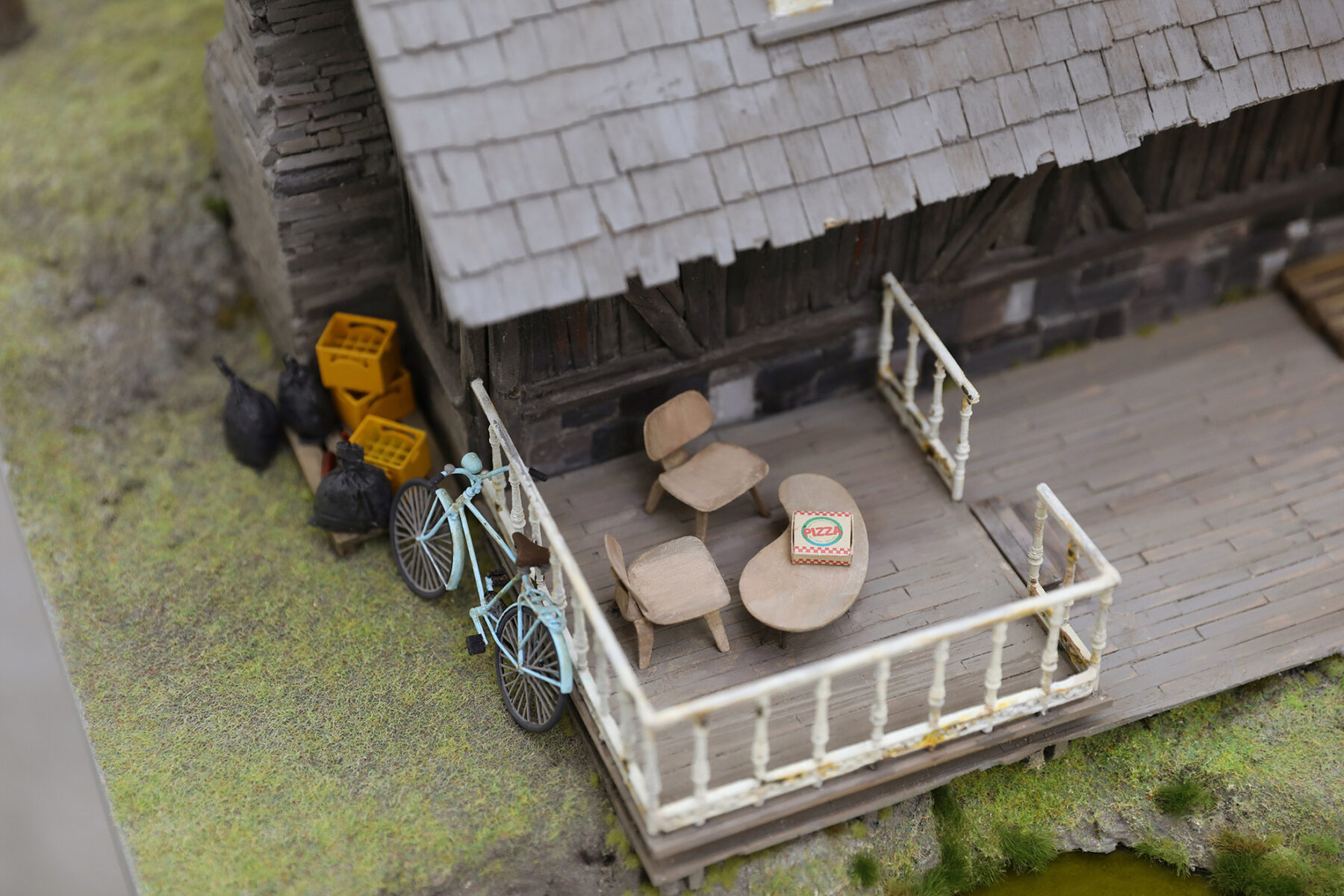 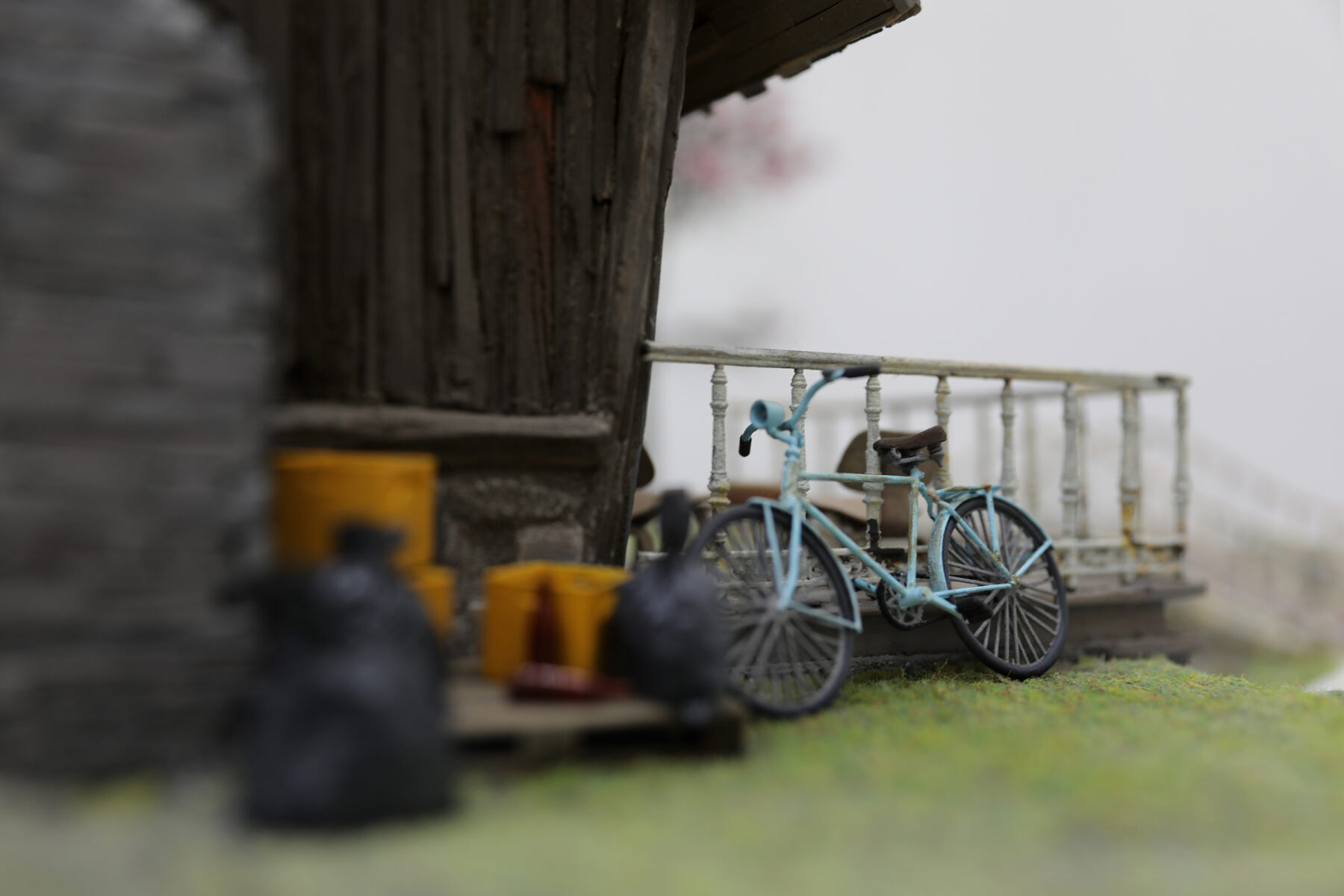 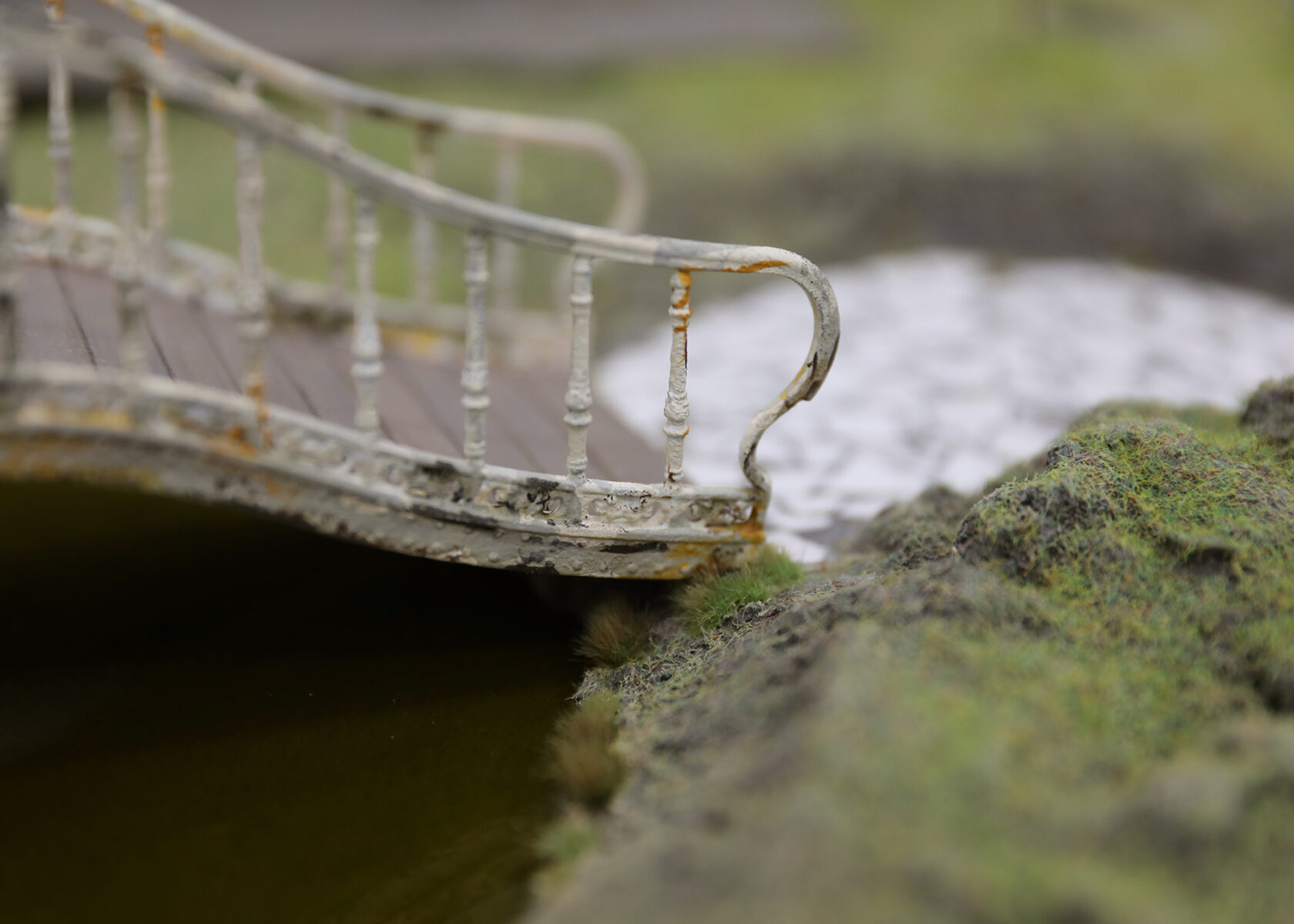 'My Uncle's Country House' is a scale model of a fictional cottage in the countryside, and therefore also of a fictional uncle. The 'uncle' in the title is a nod to the ironic-contemplative film 'Mon Oncle' by Jacques Tati.

The artist devised a small house to scale, which refers to the countless kitschy fake farmhouses and country houses that you can find all over Belgium. The oversized romantic bridge over the tiny pond, the exaggerated winding footpath, the small greenhouse in which vegetables are grown, the swing for the grandchildren; everything bears witness to an inhabitant who tried to create a small paradise in a very limited area. The cottage also has only one large window; a bay window that clumsily protrudes from the roof and was covered with roughcast plaster (facade plaster). The corrugated iron roof on it has already rusted through quite a bit.