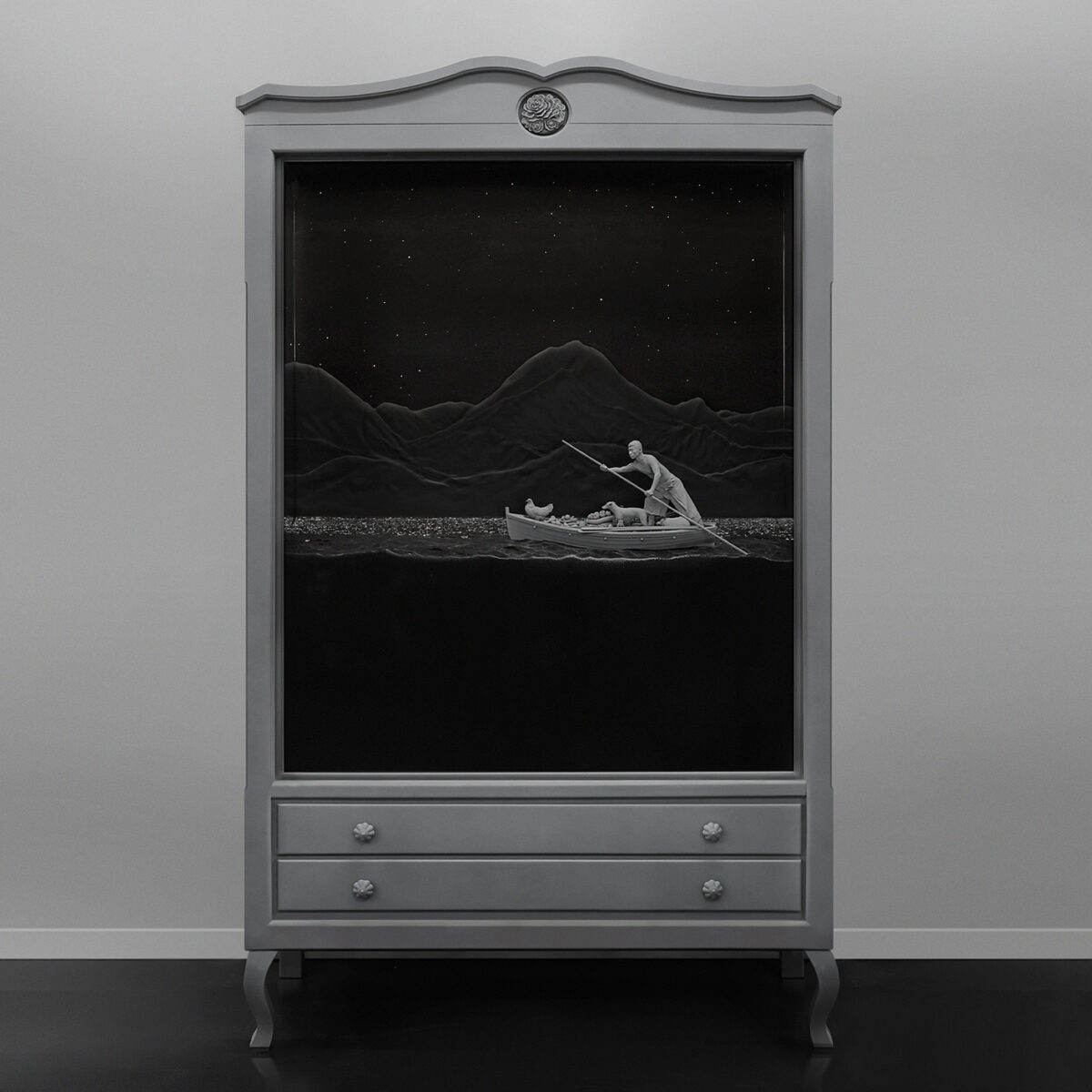 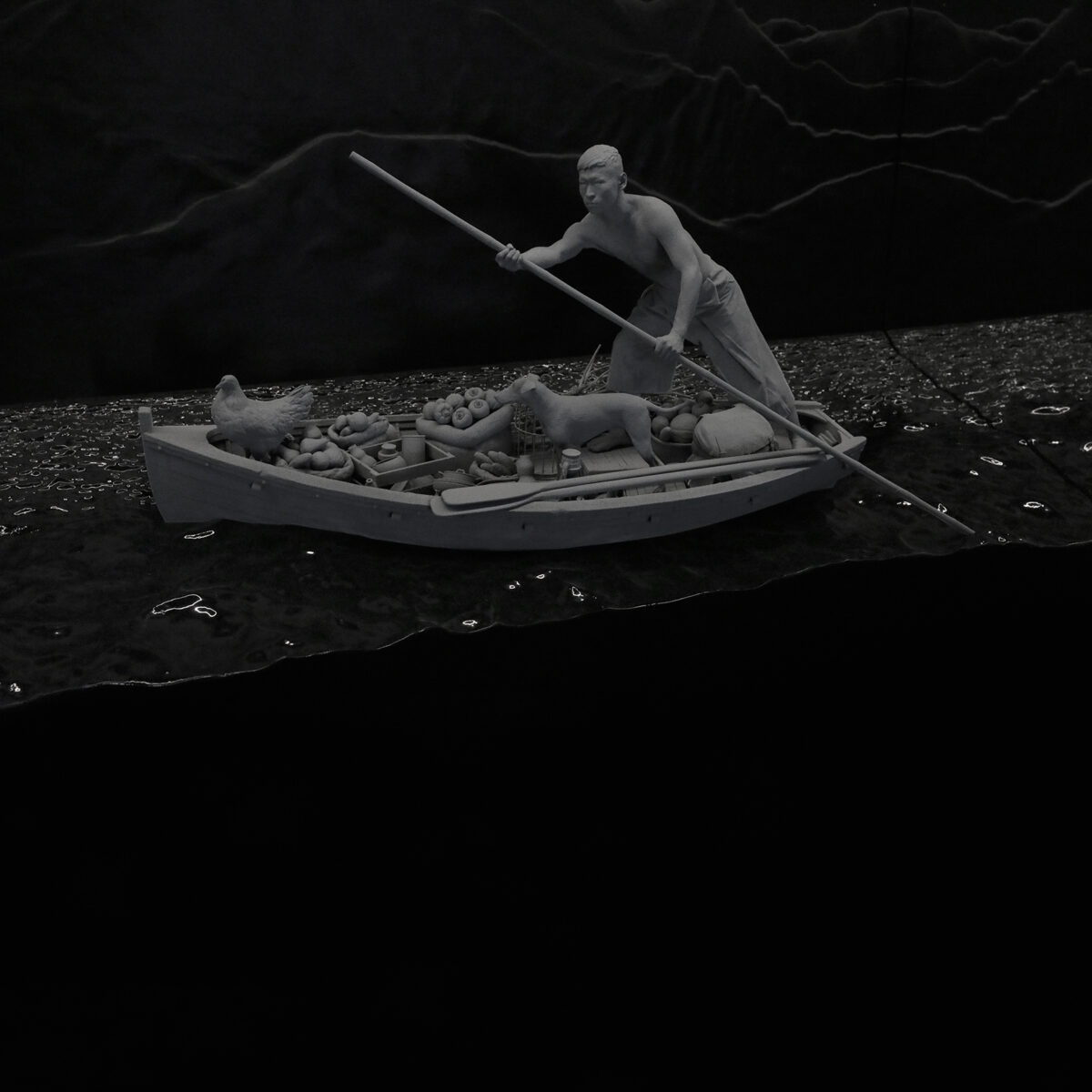 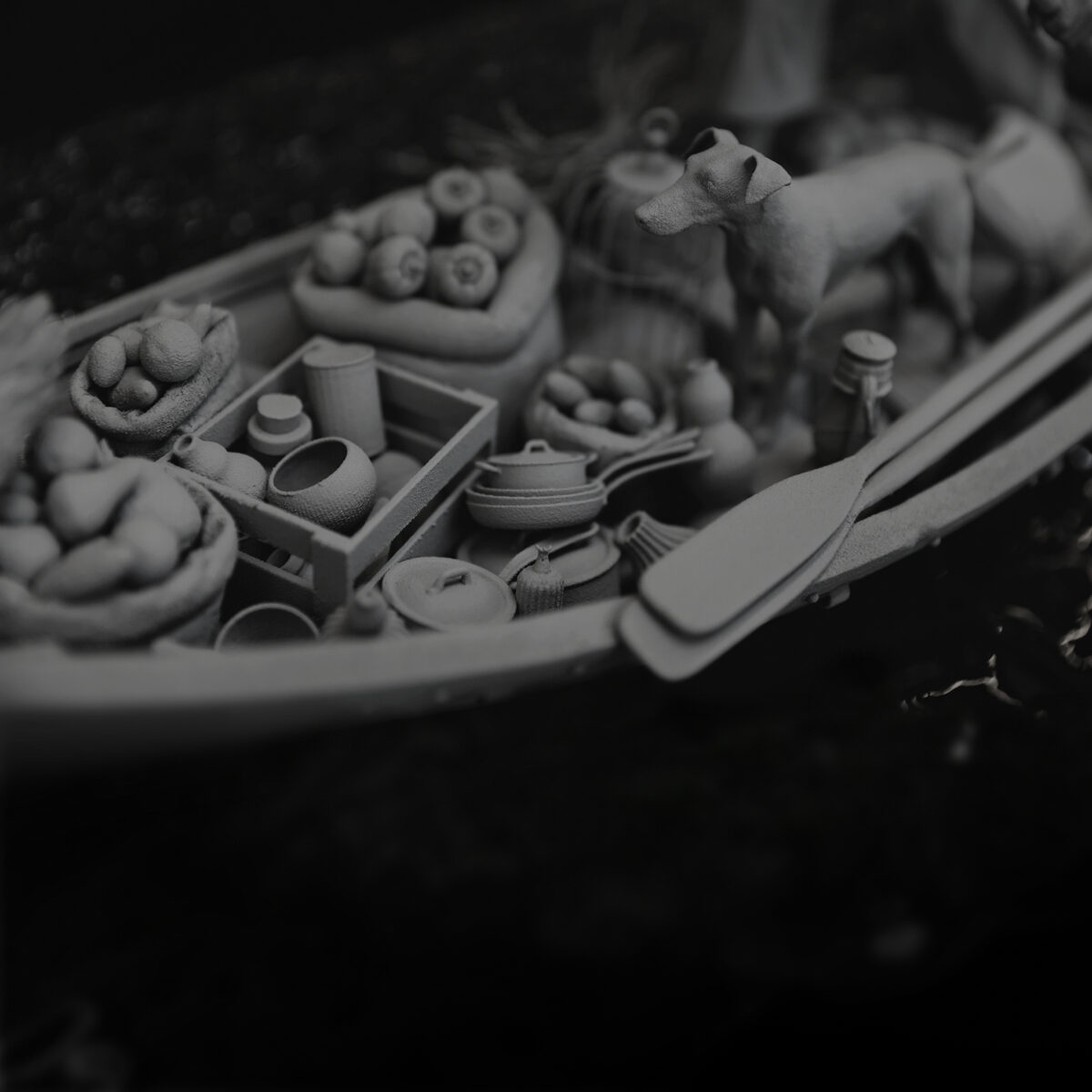 Hans Op de Beeck has previously made a series of ‘Wunderkammer’ sculptures, works that refer to the practice of early collections from the Renaissance onwards which gathered what was deemed most precious and rare in so-called Cabinets of Curiosity. Although ostensibly associated with learning, they were susceptible to mystical, rather than to scientific interpretation. These enclosures are thus credited with the development of display, exemplifying the triumph of the image and heralding the arrival of the world as a picture.

‘Wunderkammer (boatman)’ expands on this series by placing not collectables of a explorer within the glass-fronted case, but the explorer himself. The boatman figure is a nomadic, homeless loner, halfway through life, always on the move. He has packed his whole life together on the small boat; means of survival, personal belongings and goods that he can offer for sale or exchange are stacked and tied up in an improvised way.