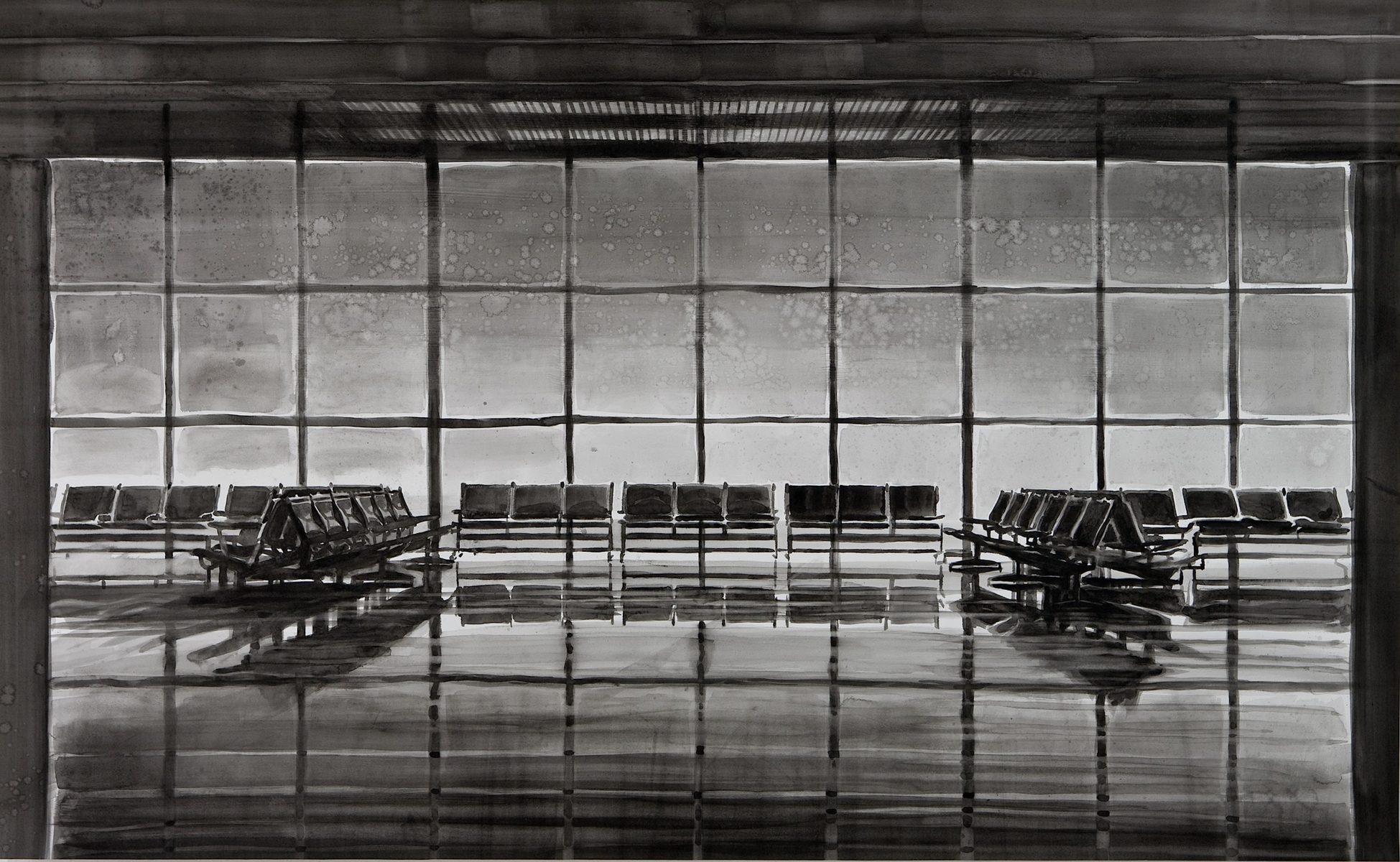 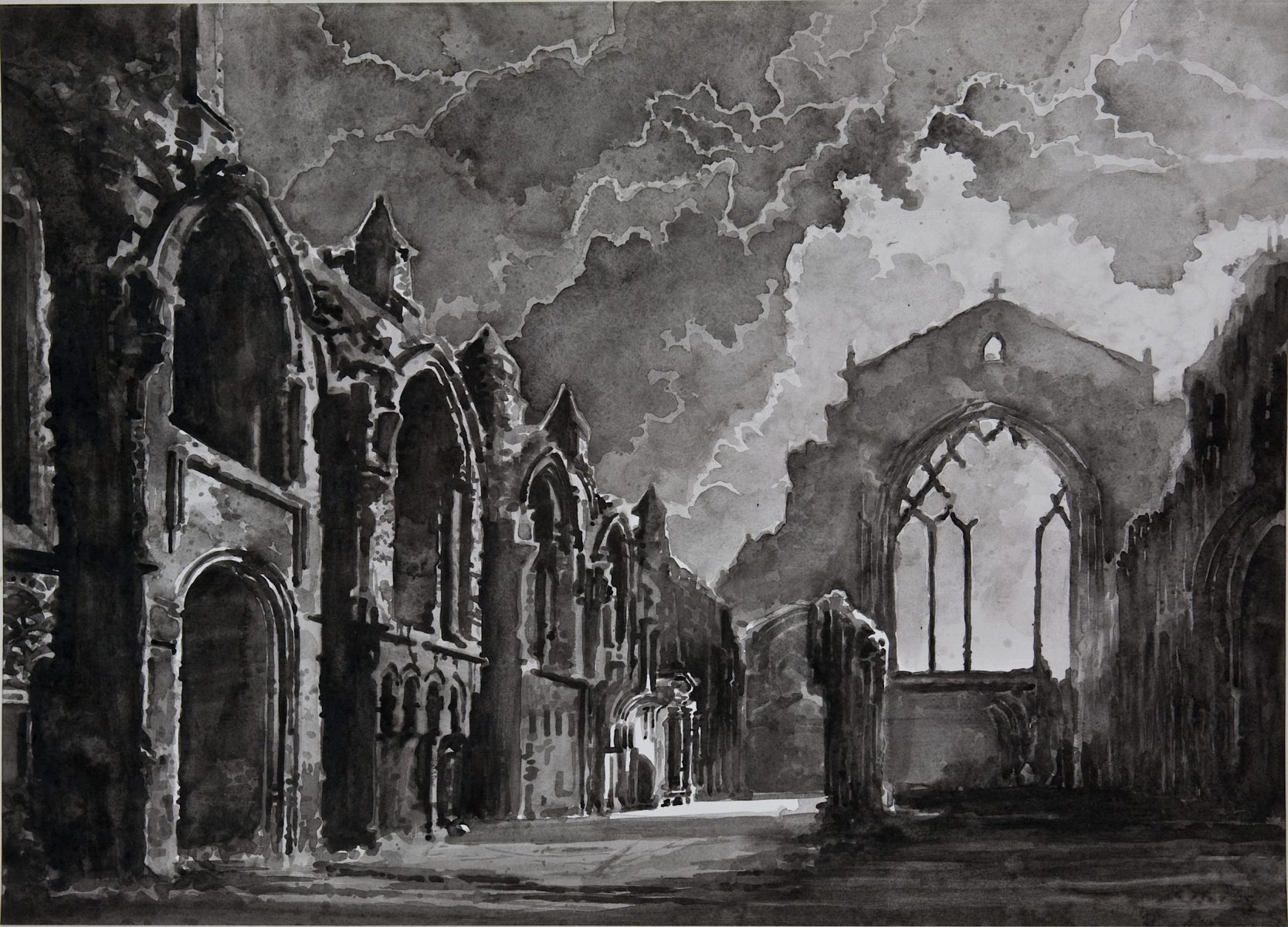 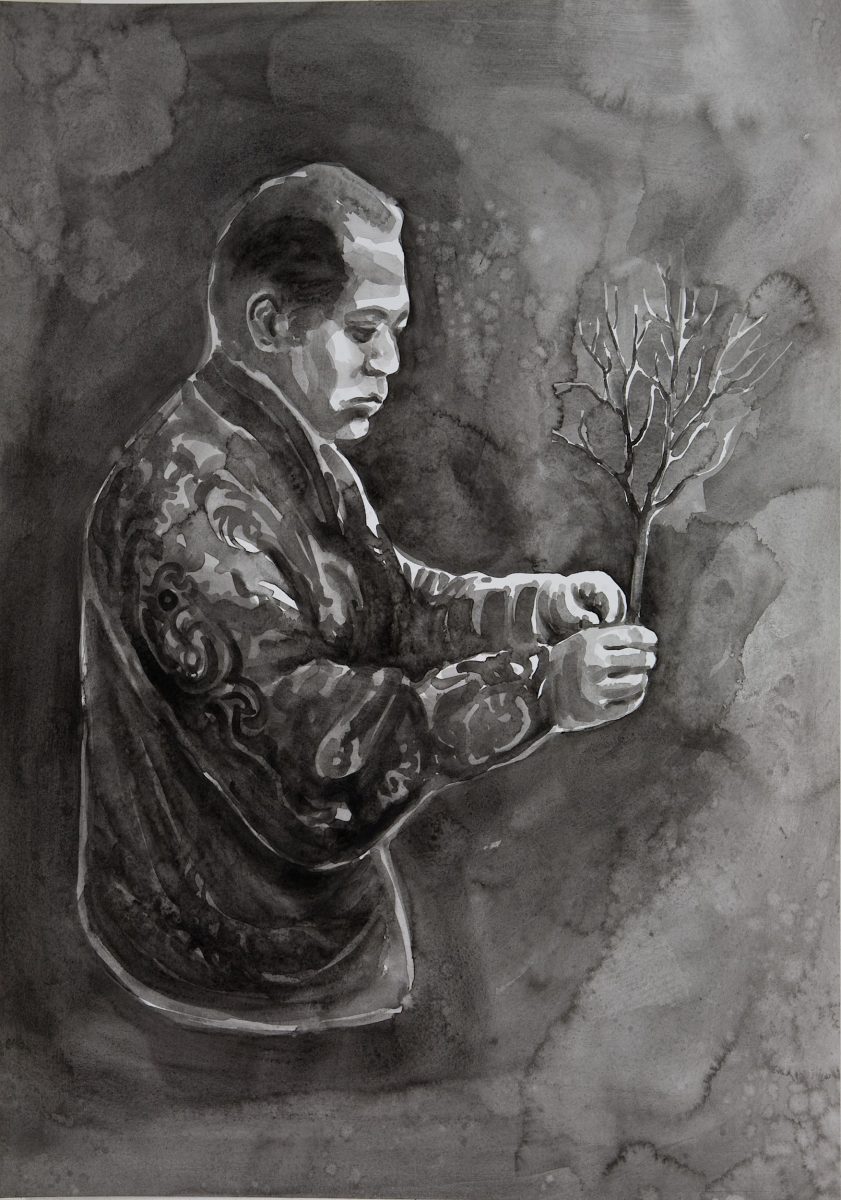 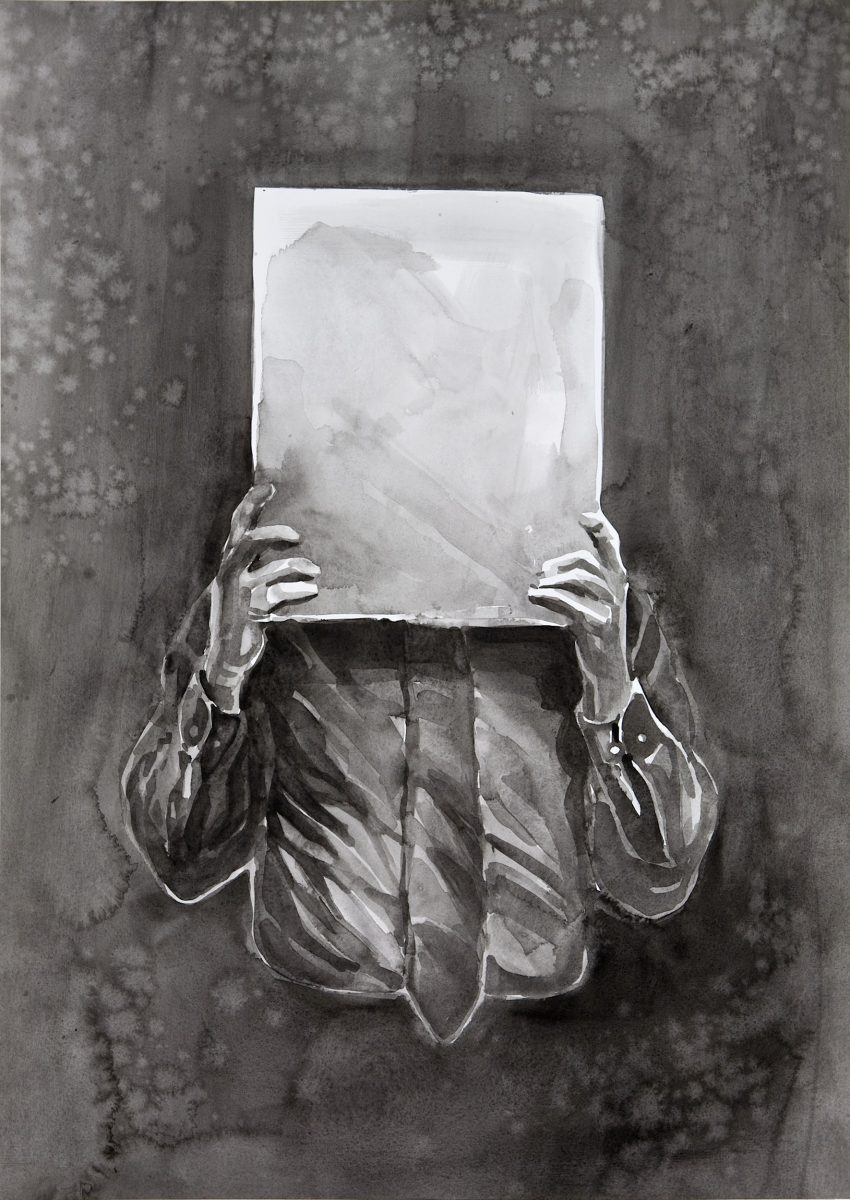 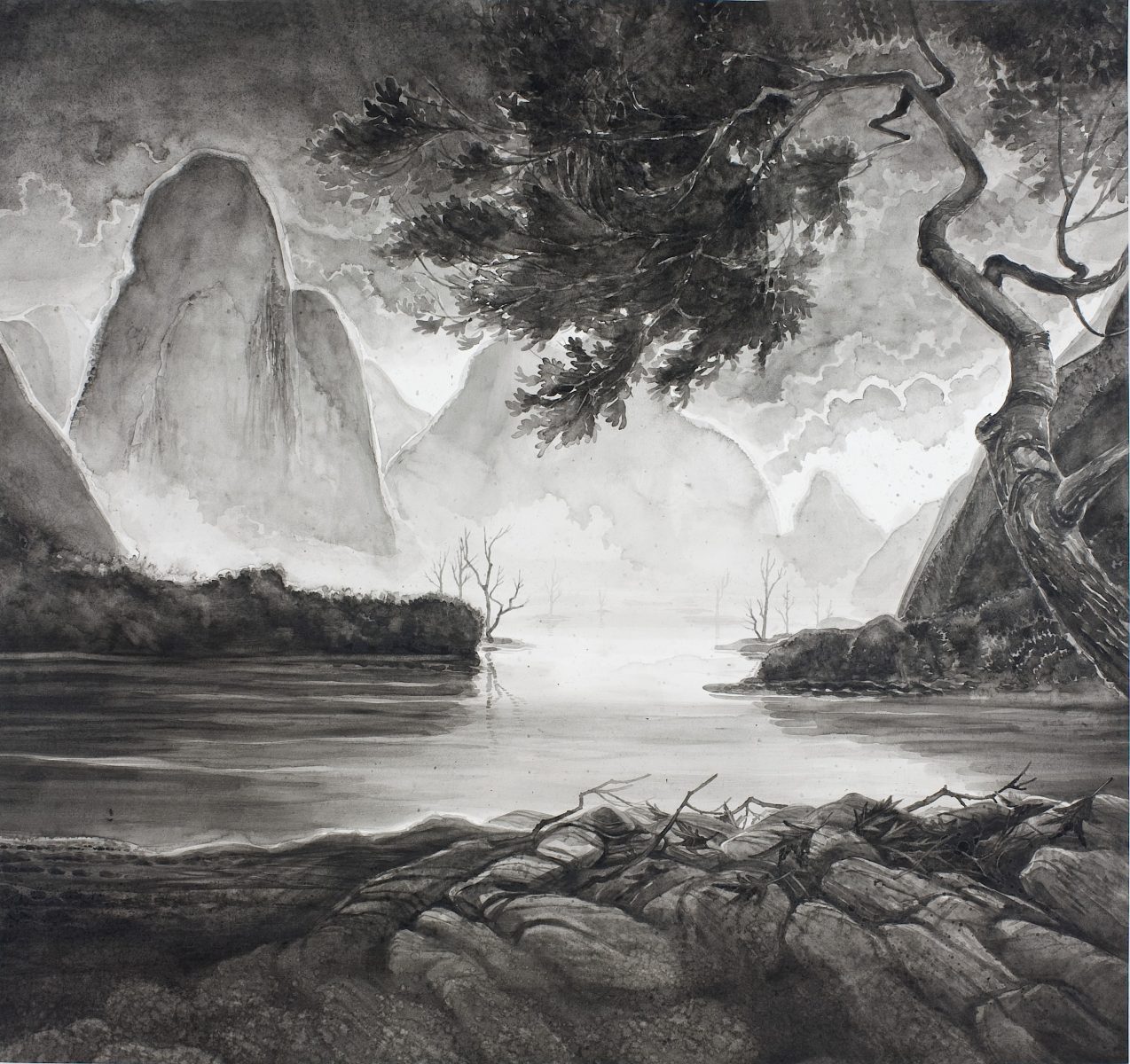 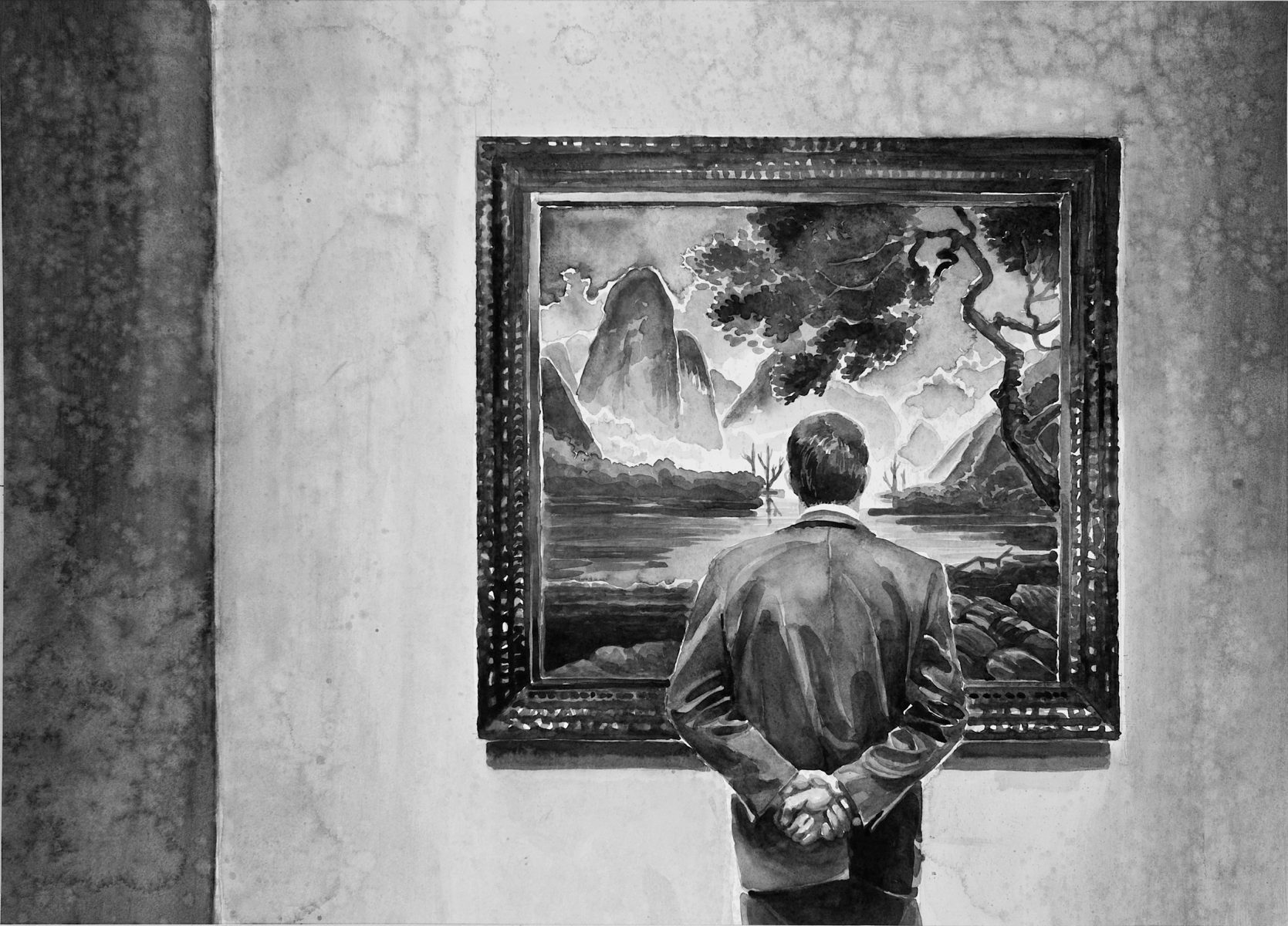 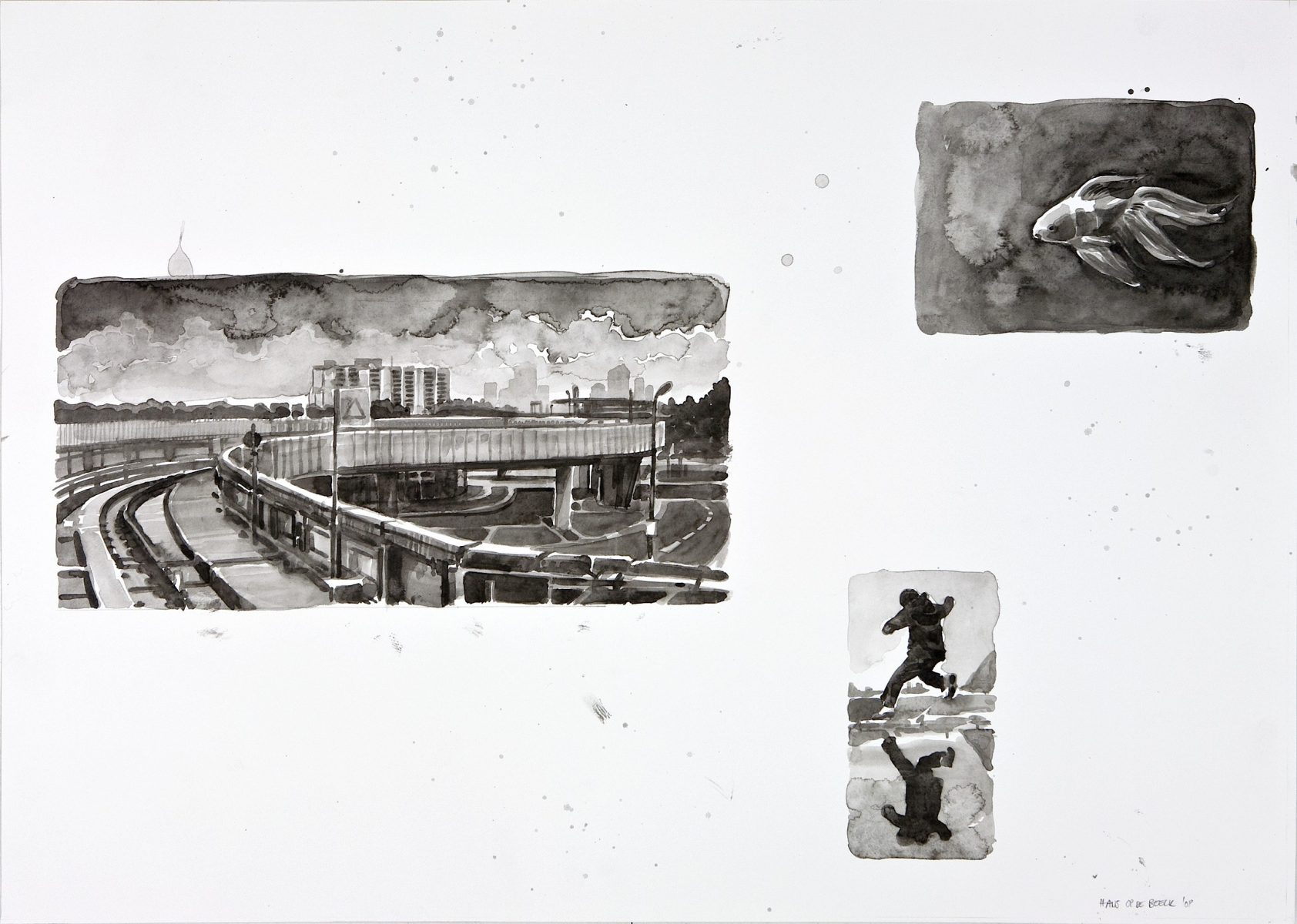 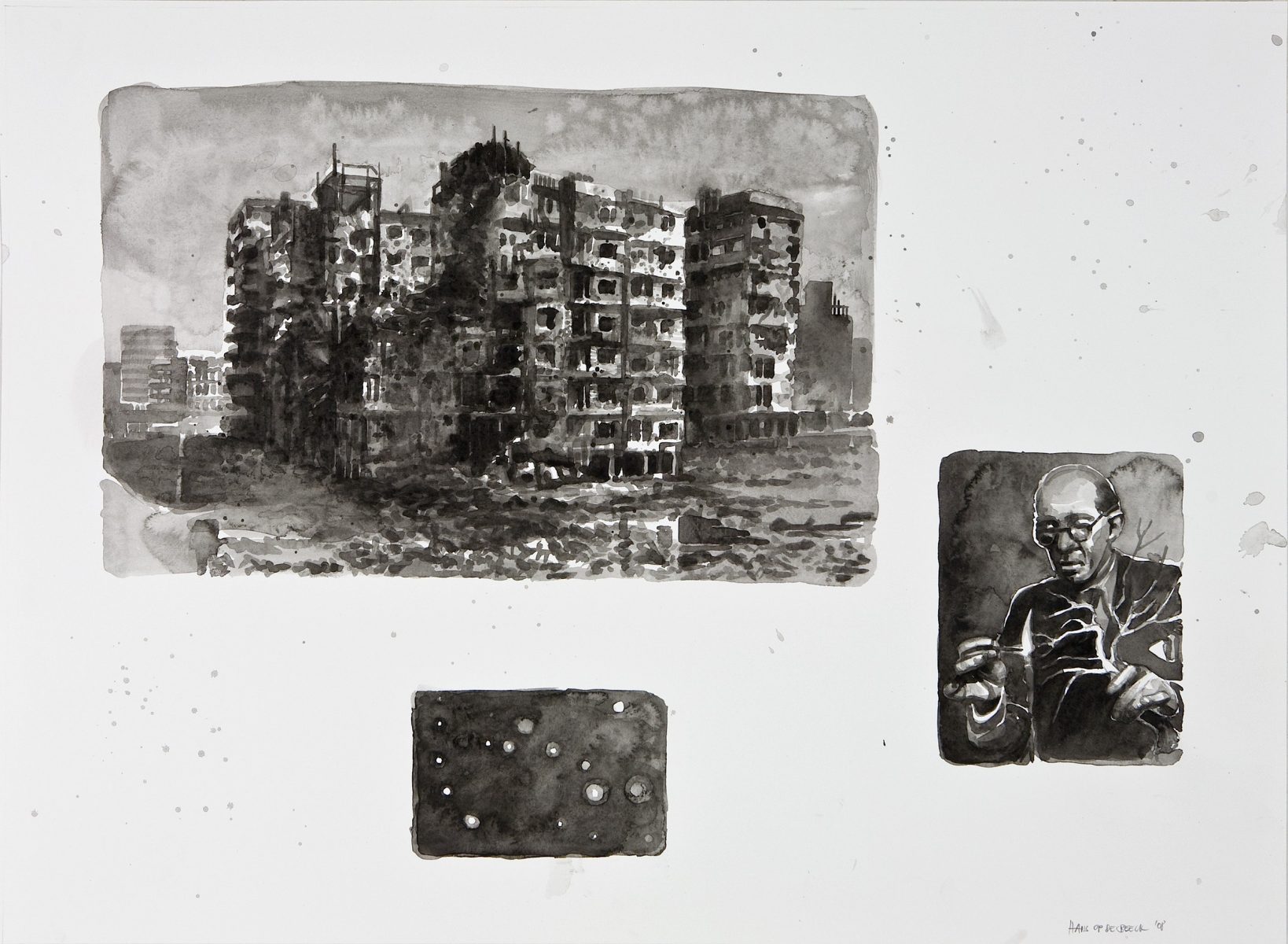 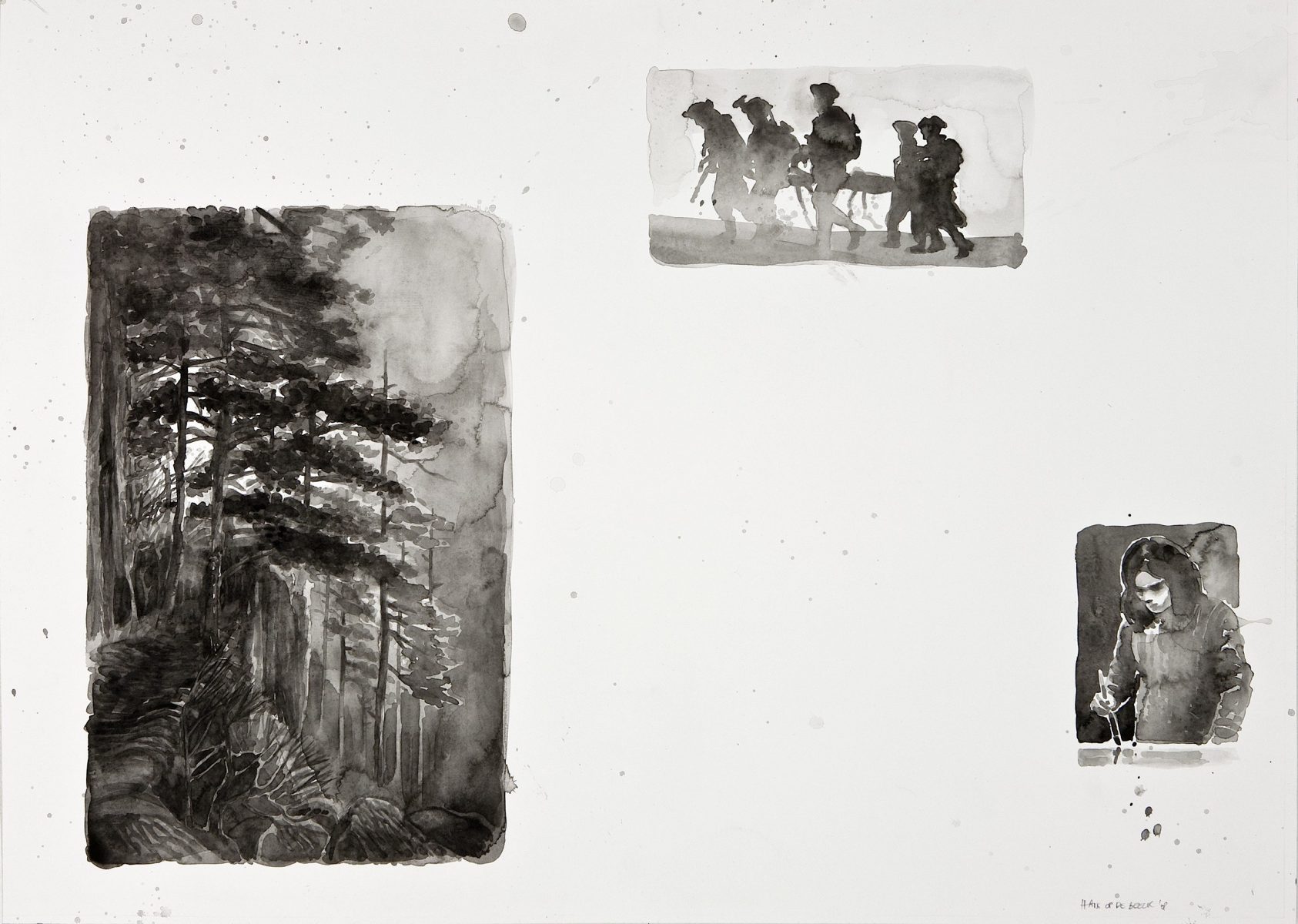 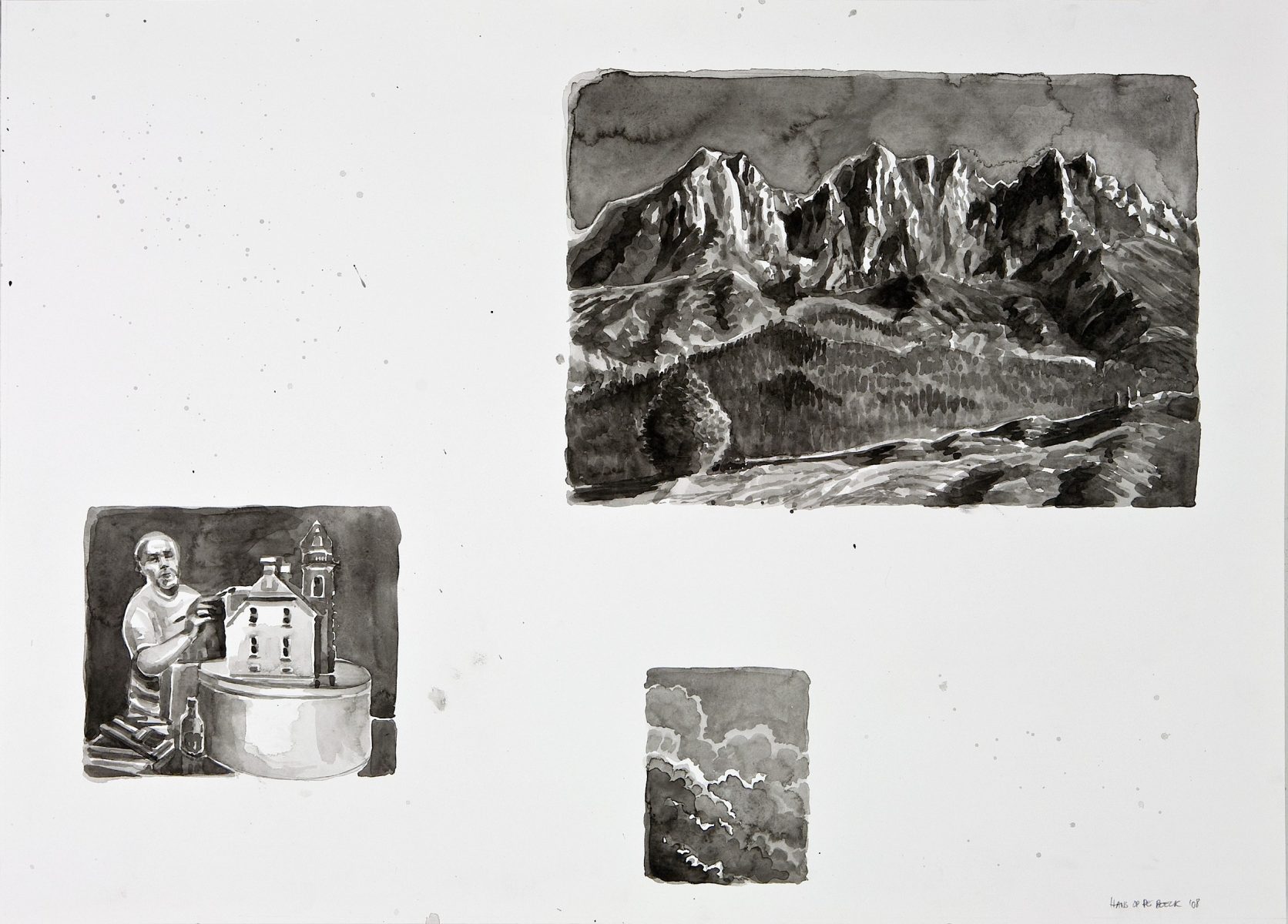 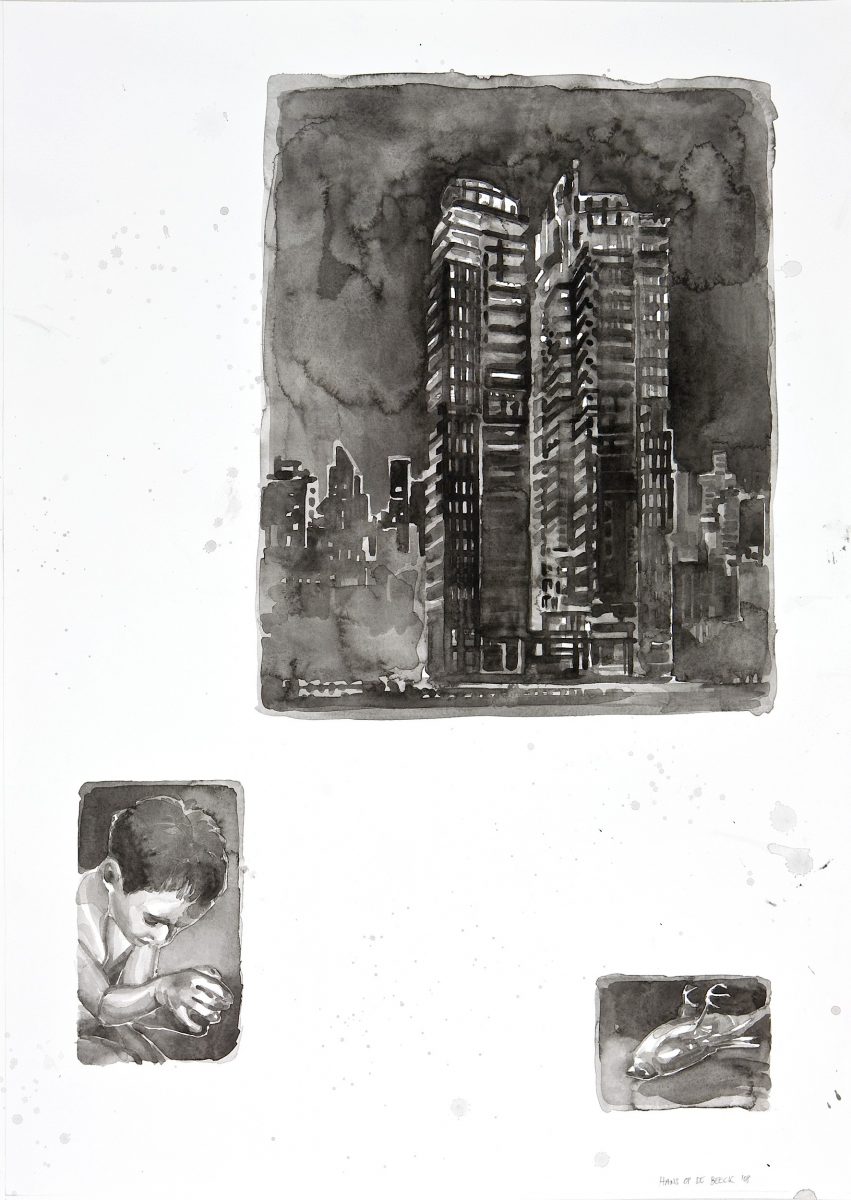 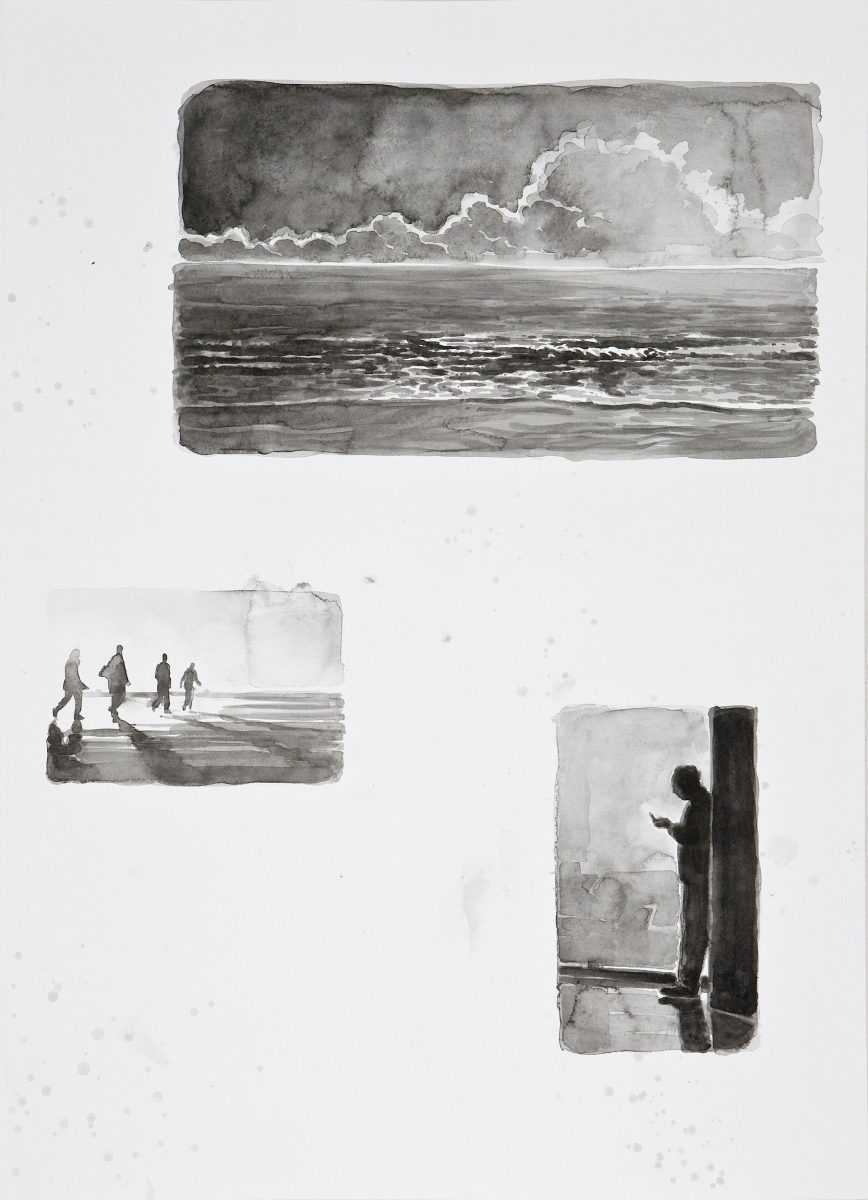 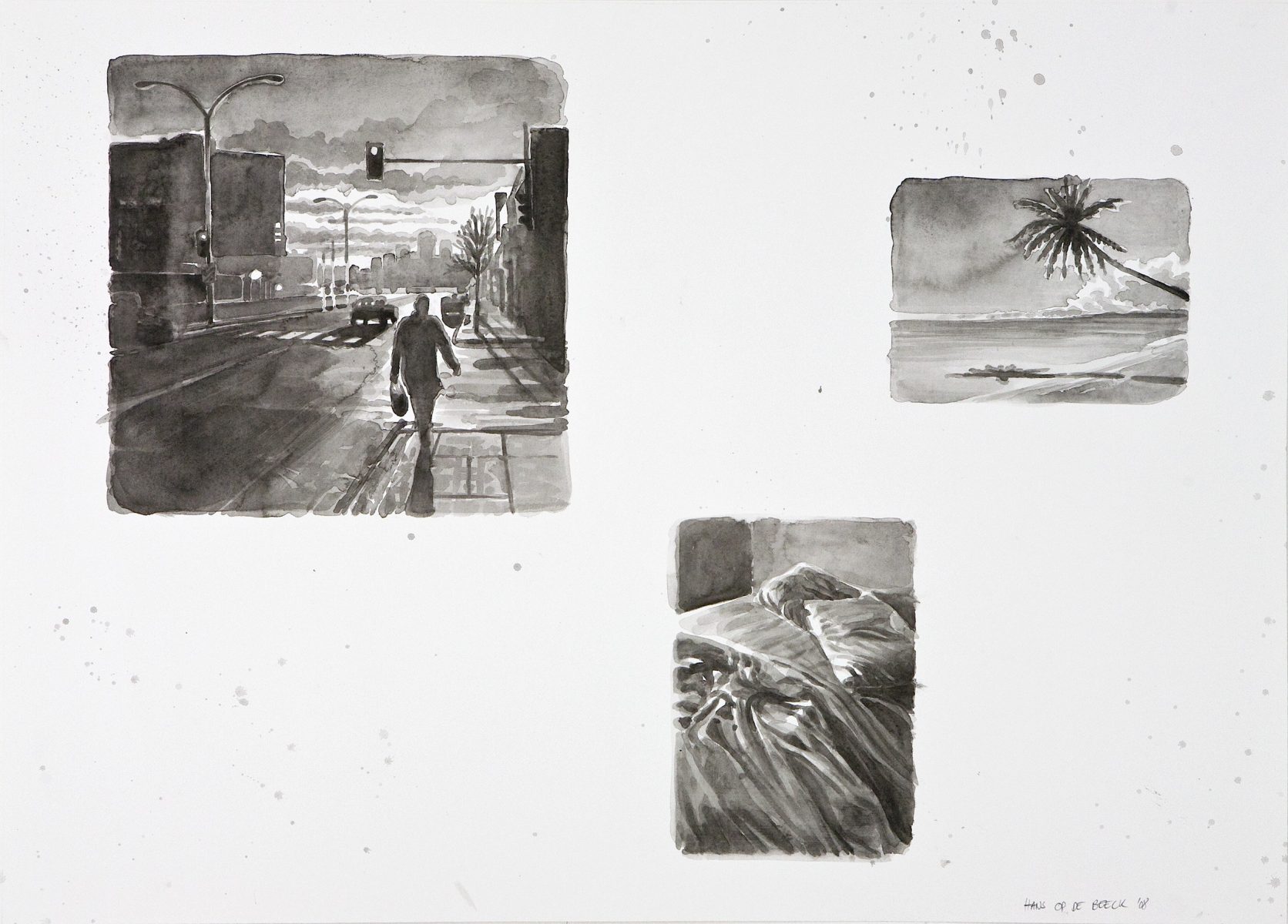 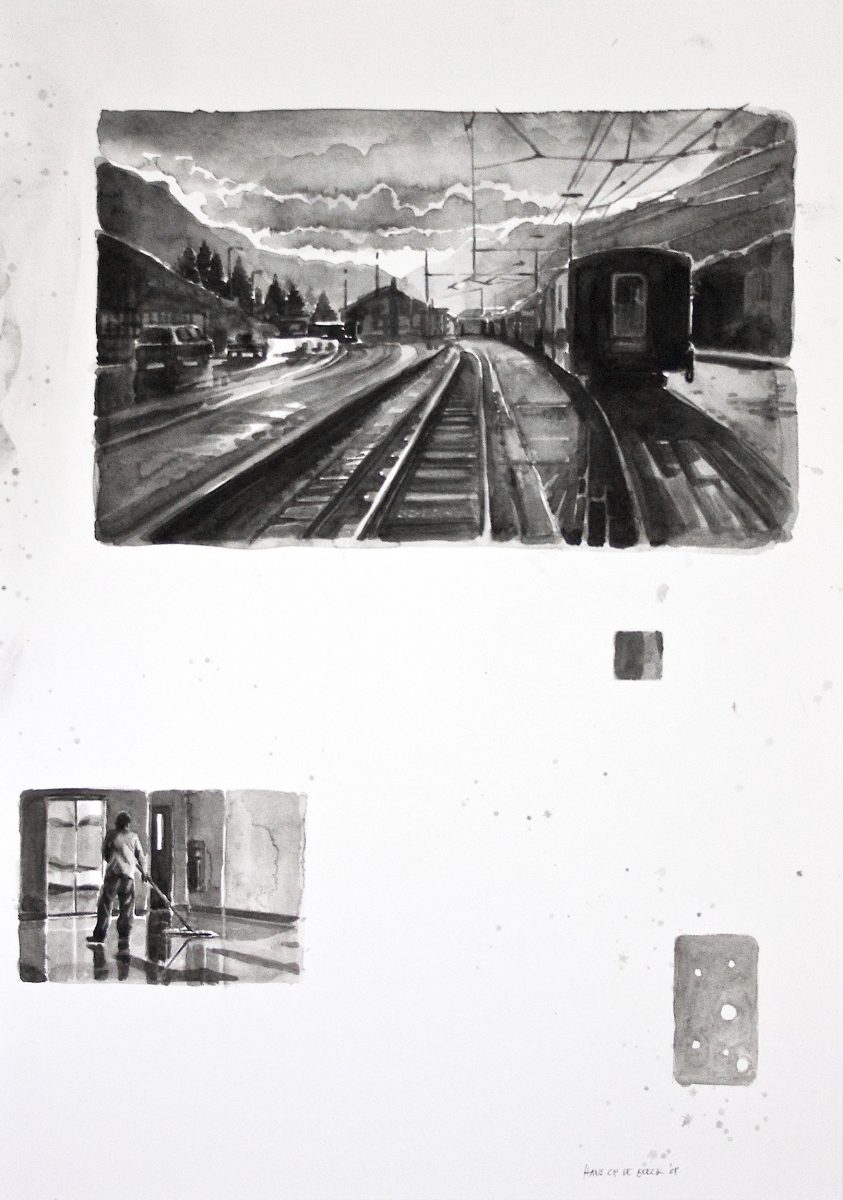 'Constructions' is a series of large and small black-and-white watercolours. Most of these works elaborate on the theme of constructed silence – images we create in many different ways in order to generate a sense of detachment, escapism and loss of self. The other works in the series are associative depictions of abandoned urban landscapes and transit areas. People are also featured, be it in a discreet manner. Some are sleeping, waiting or on the road, others are silently creating or constructing representations of reality. The series features a variety of archetypes of infinity and transience, including watercolours of a ruin, a post-war landscape, a view of the sea at night and an idyllic mountain scene. These are pictures in the Romantic tradition, in which nature appears as a site for meditation, a place for reflection. Op de Beeck also presents contemporary, architectural sites for meditation, such as the sterile departure lounge of an airport. These are somewhat impersonal places of transit in modern life, which nowadays are commonplace for every mobile individual. These locations are perfect sites where one can let go of one’s activities and identity and become a passive observer of life rather than a participant.