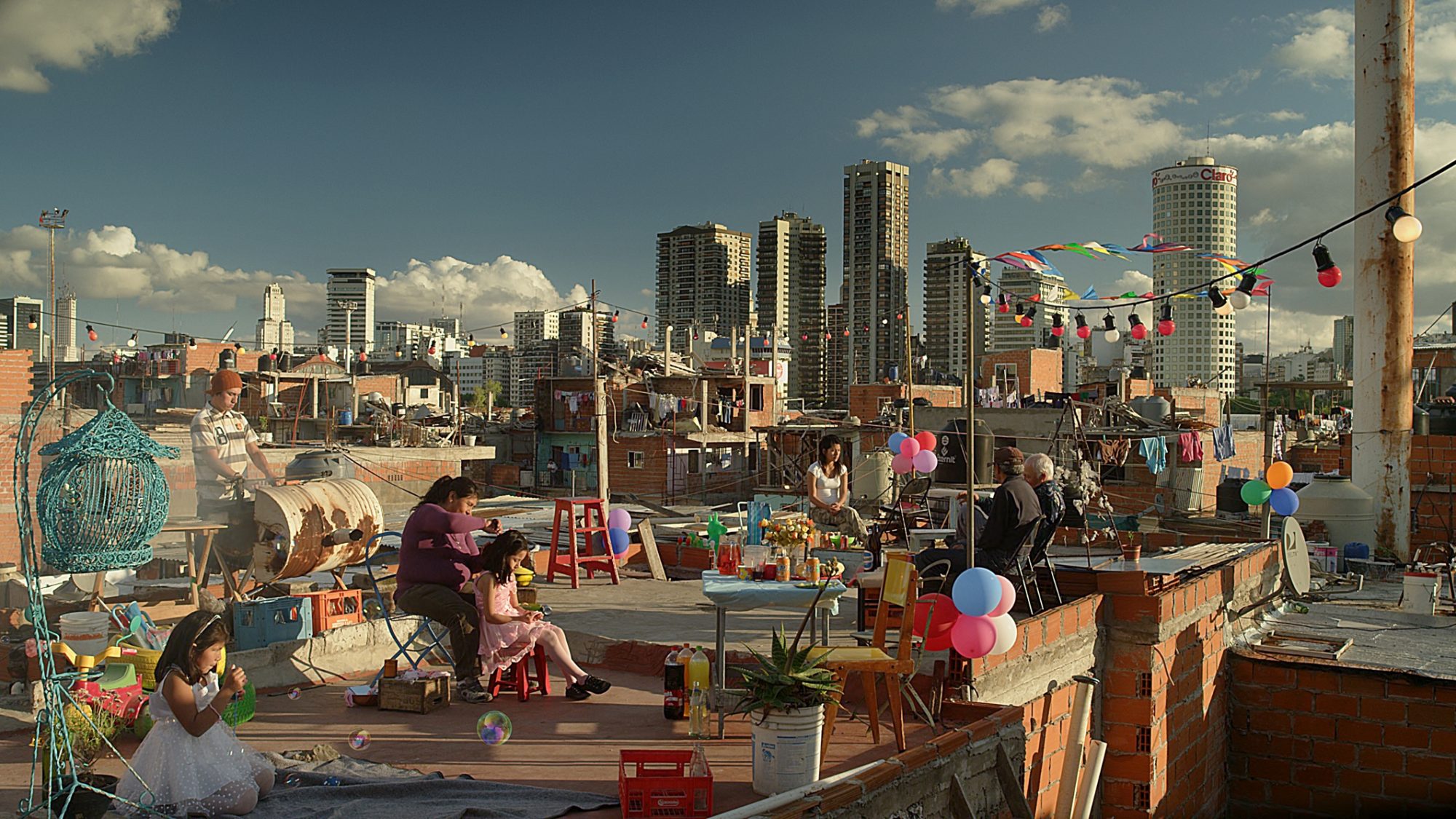 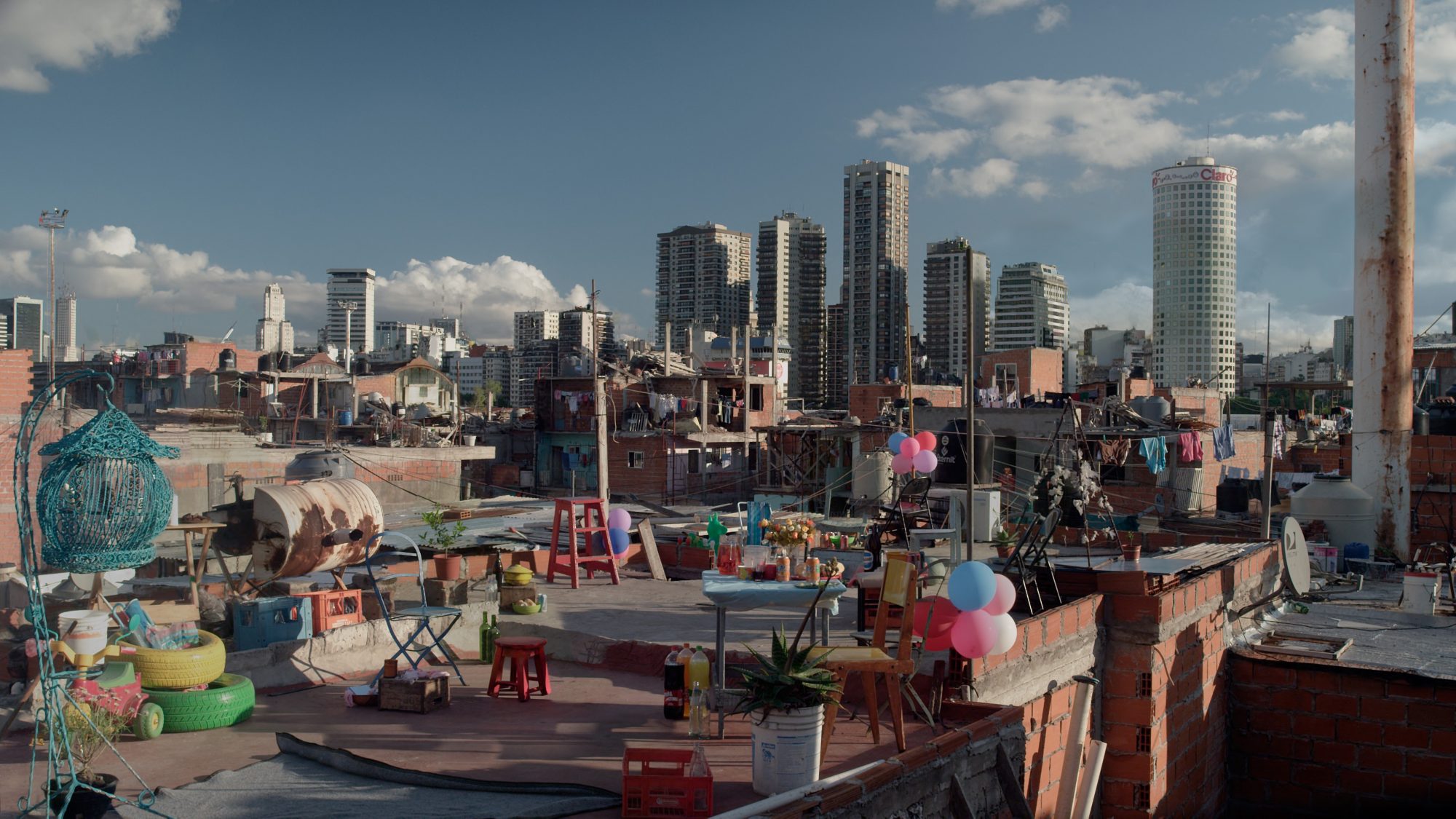 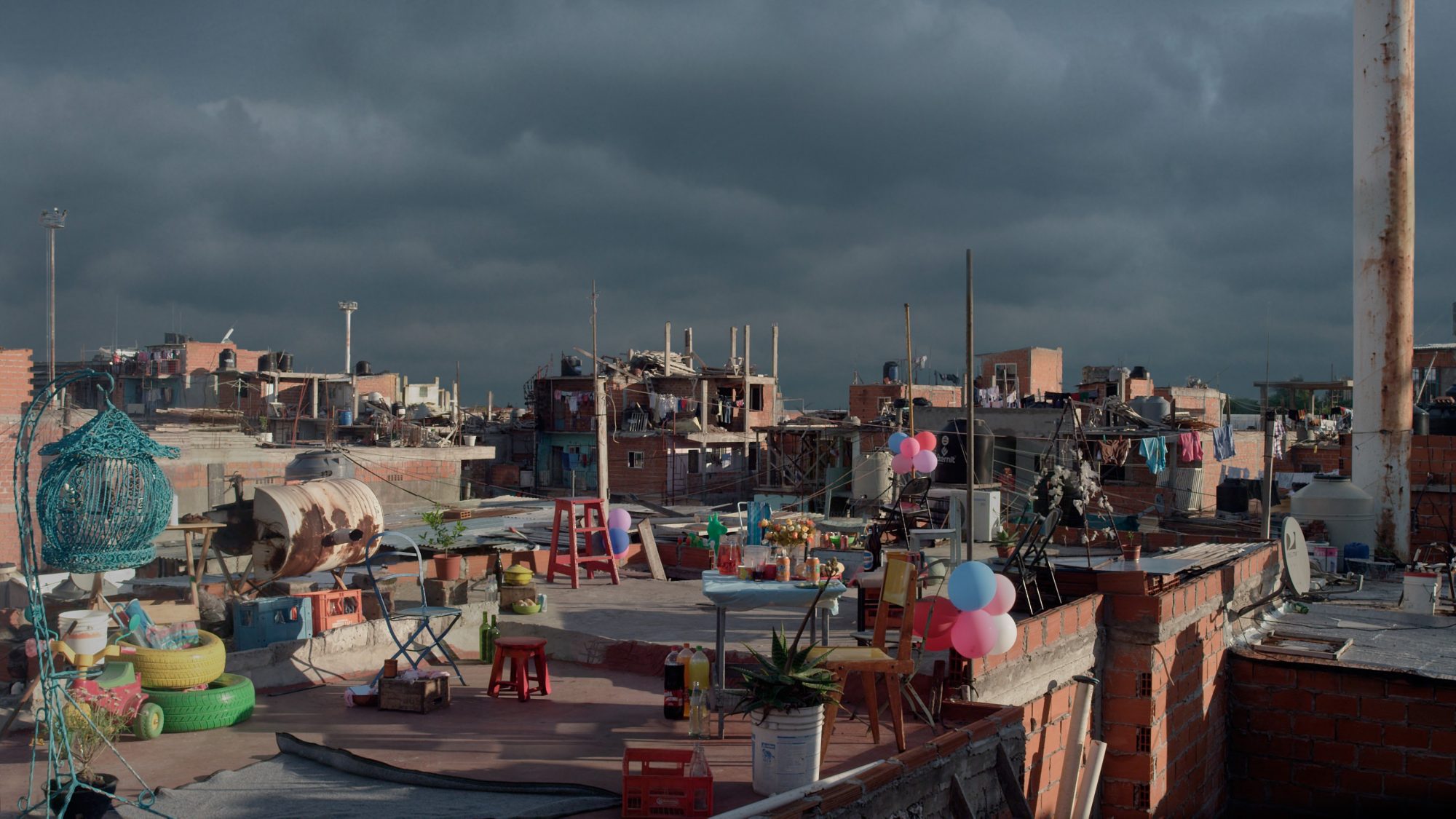 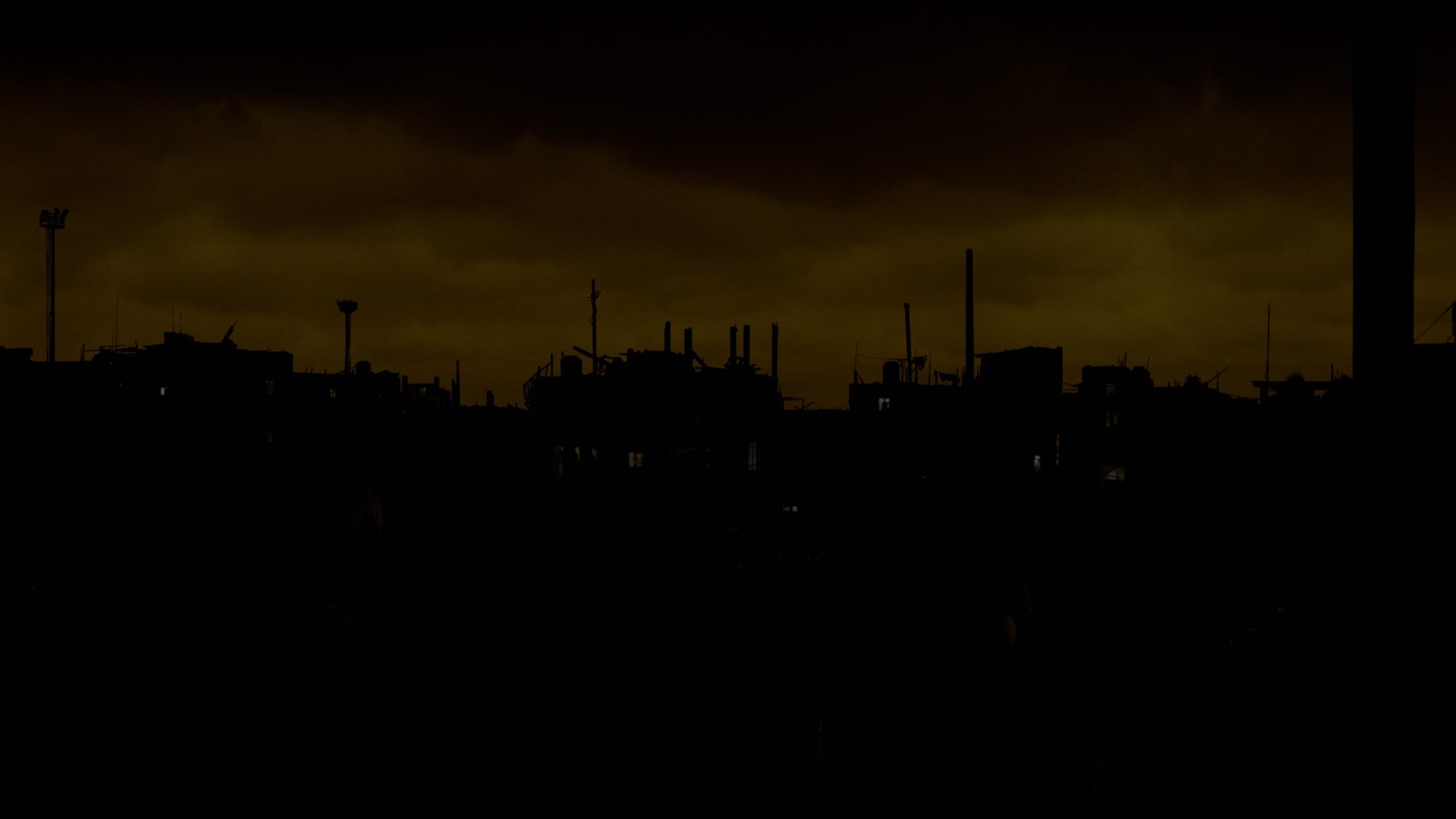 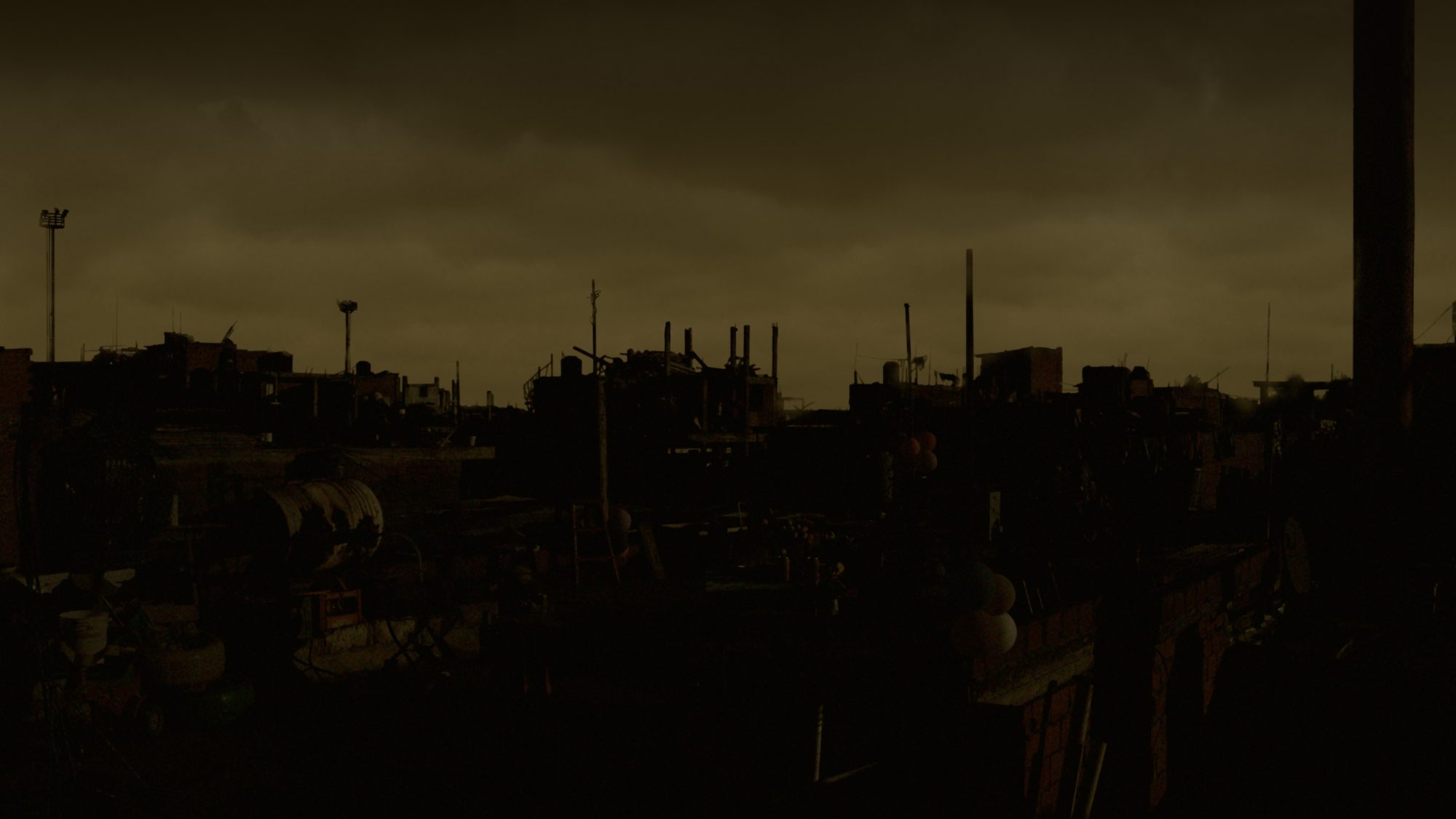 ‘Celebration (Buenos Aires)’ was filmed on the roof of a building in a large slum in Buenos Aires. A family celebration, complete with a barbecue, is going on in the foreground of this tableau vivant video.
We get a sense of great carefree warmth from the personal character of the event and the charming, organic improvised homes in the foreground. It all makes a stark contrast with the impersonal, sterile skyline of apartment buildings, banks and companies in the background.
The work was made for an exhibition in MAMBA, the Museum of Modern Art in Buenos Aires, thus bringing the ecosystem of the slum into a very different part of the city. It also had an unexpected side-effect: because of ‘Celebration’ the characters in the film and other residents from their district went to a museum in their own city for the very first time.