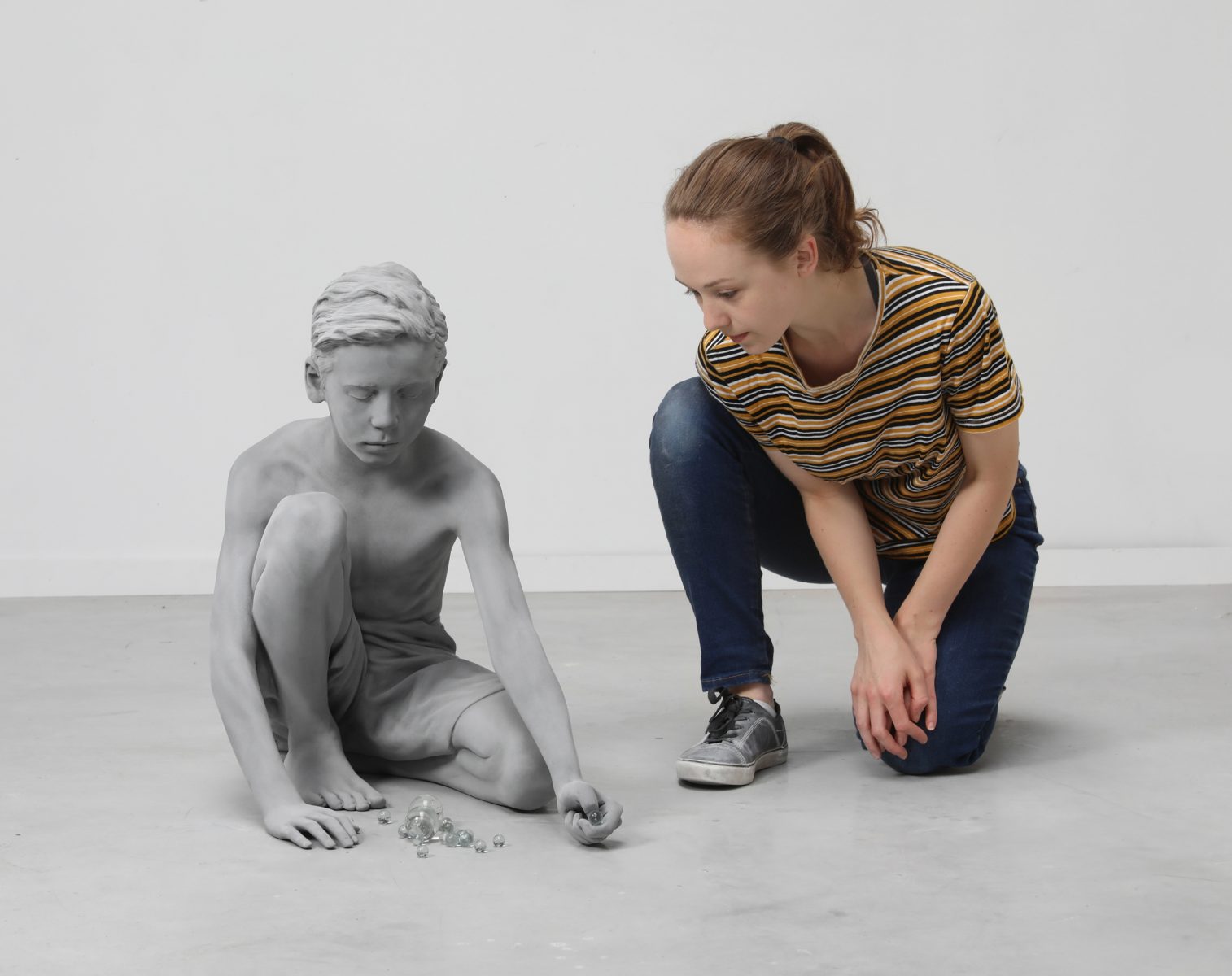 The appearance of life-sized grey plaster figures in recent years shows a departure from the artist’s previous sculptural output, which focused on largely depopulated spaces and environments. Featuring mostly children and young adults this ensemble cast of characters or players features in his exhibitions throughout the world. Despite their life-like qualities and expert modelling, they do not address the spectator directly, since the figures are generally self-absorbed, their eyes closed: 'Brian' sits cross-legged holding a crystal sphere, as if divining a mysterious future, while 'Timo (marbles)' plays with a set of glass marbles on the ground, and 'Timo' aimlessly shoots an arrow with a rubber stopper from a little bow. Their arrested gestures and actions are mundane, inconsequential and evoke a world of introspection and quiet reflection.