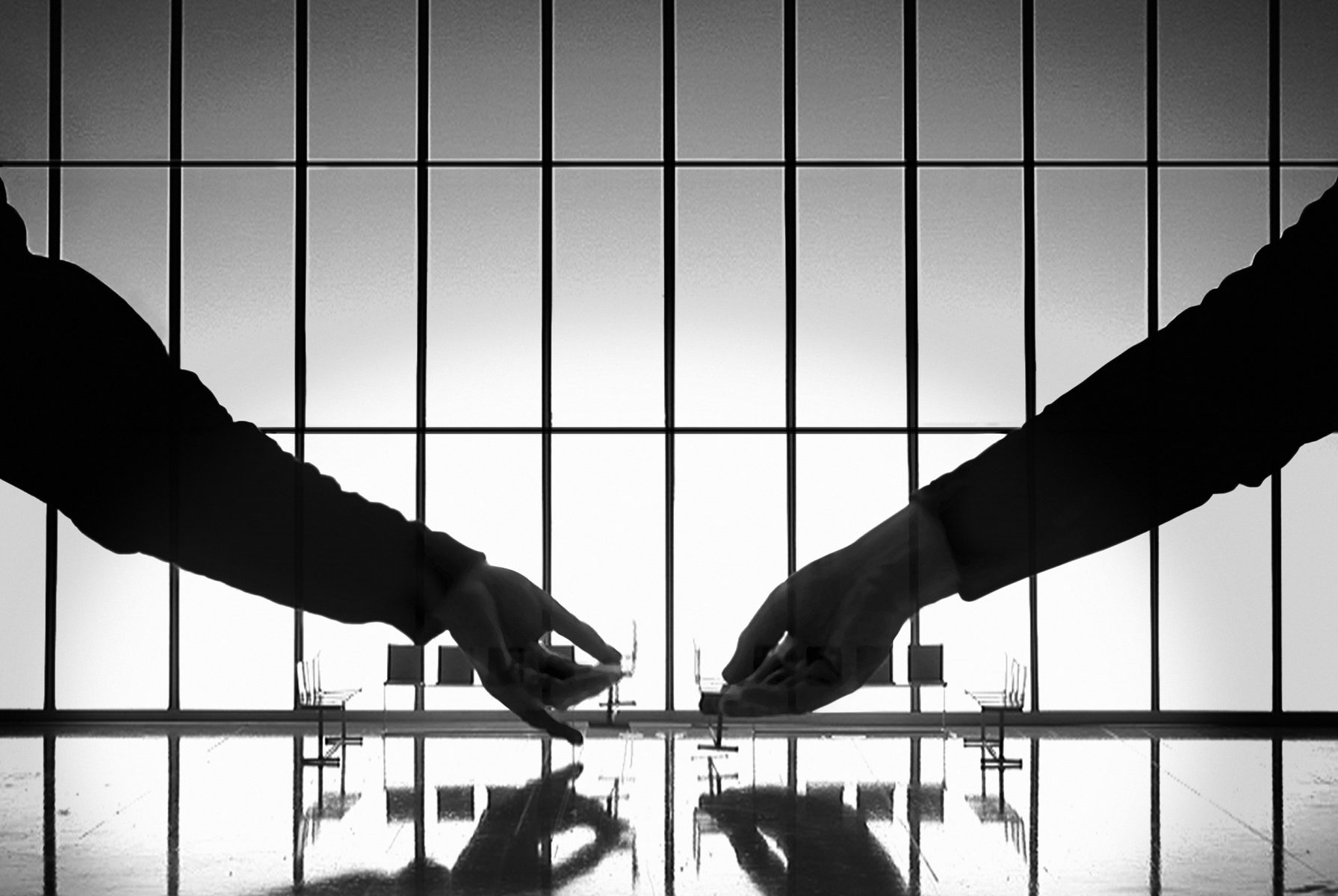 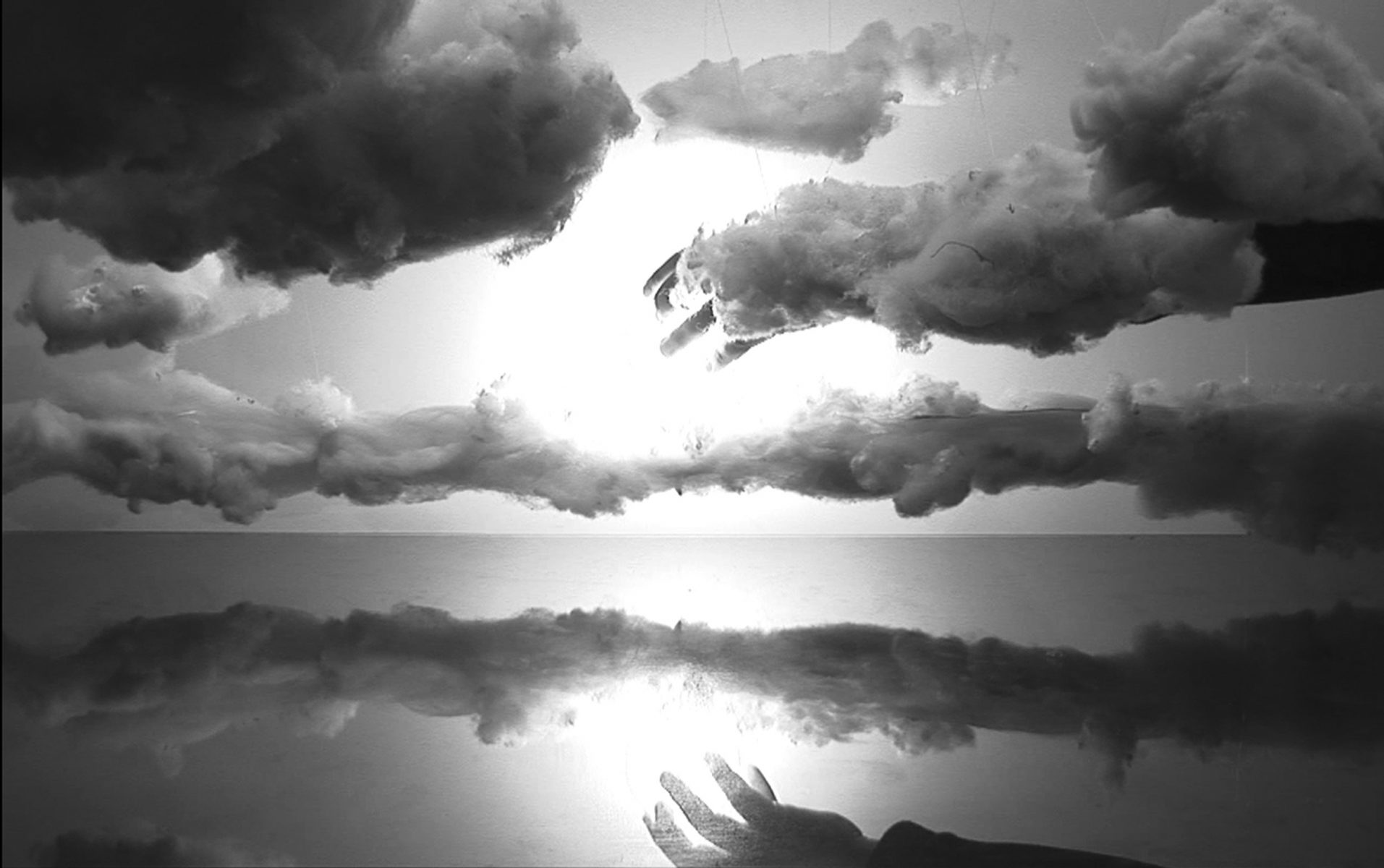 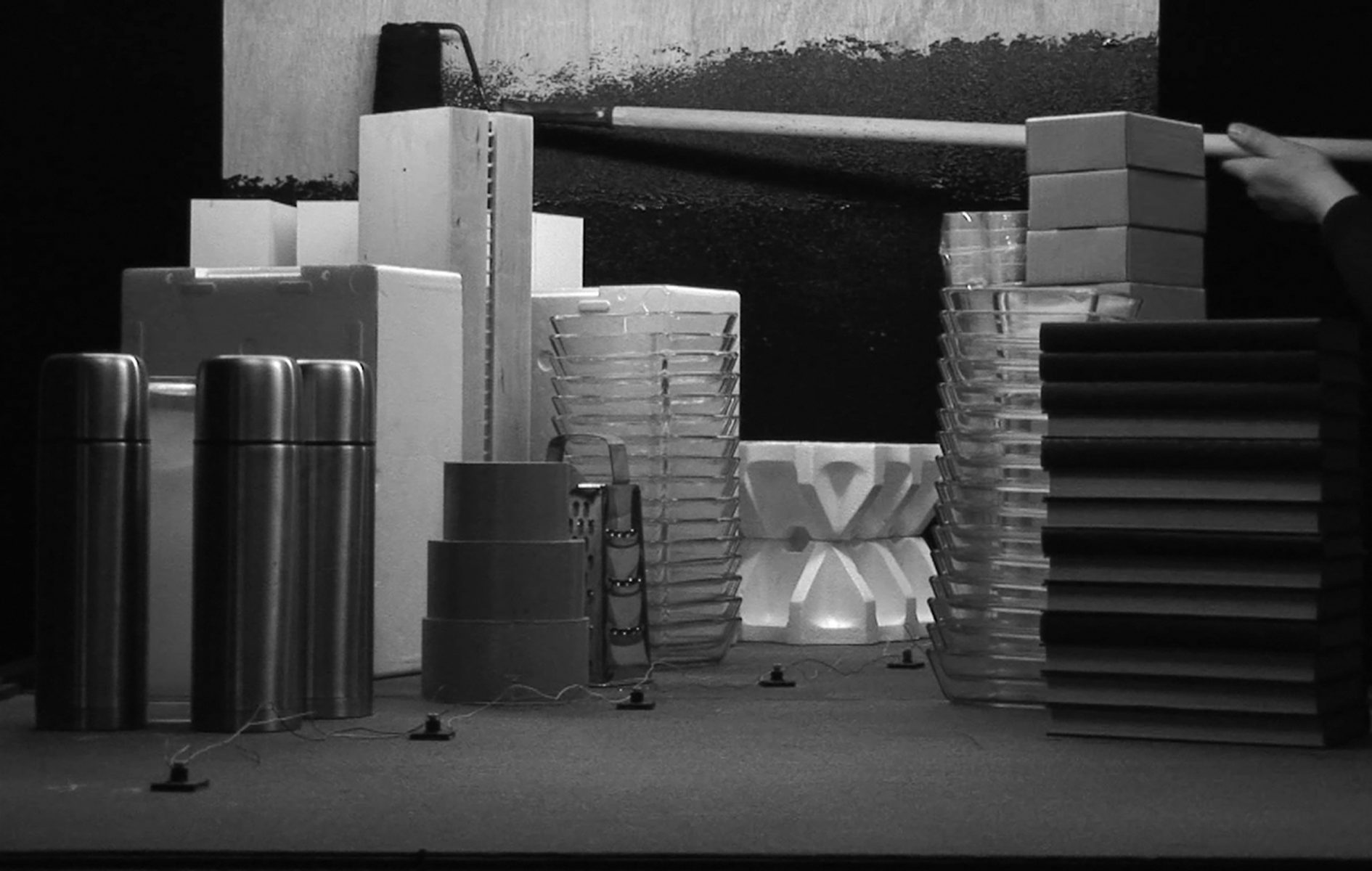 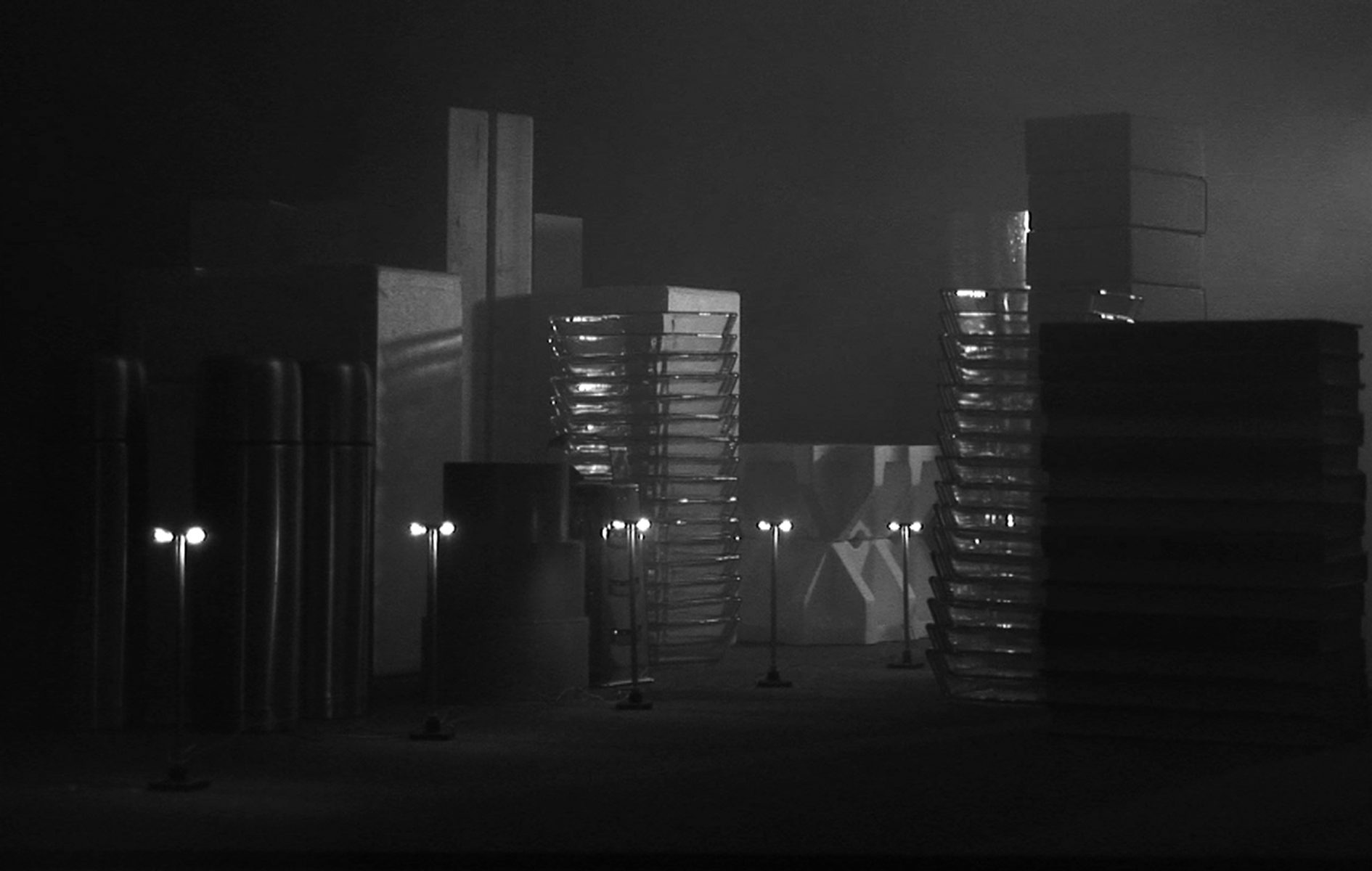 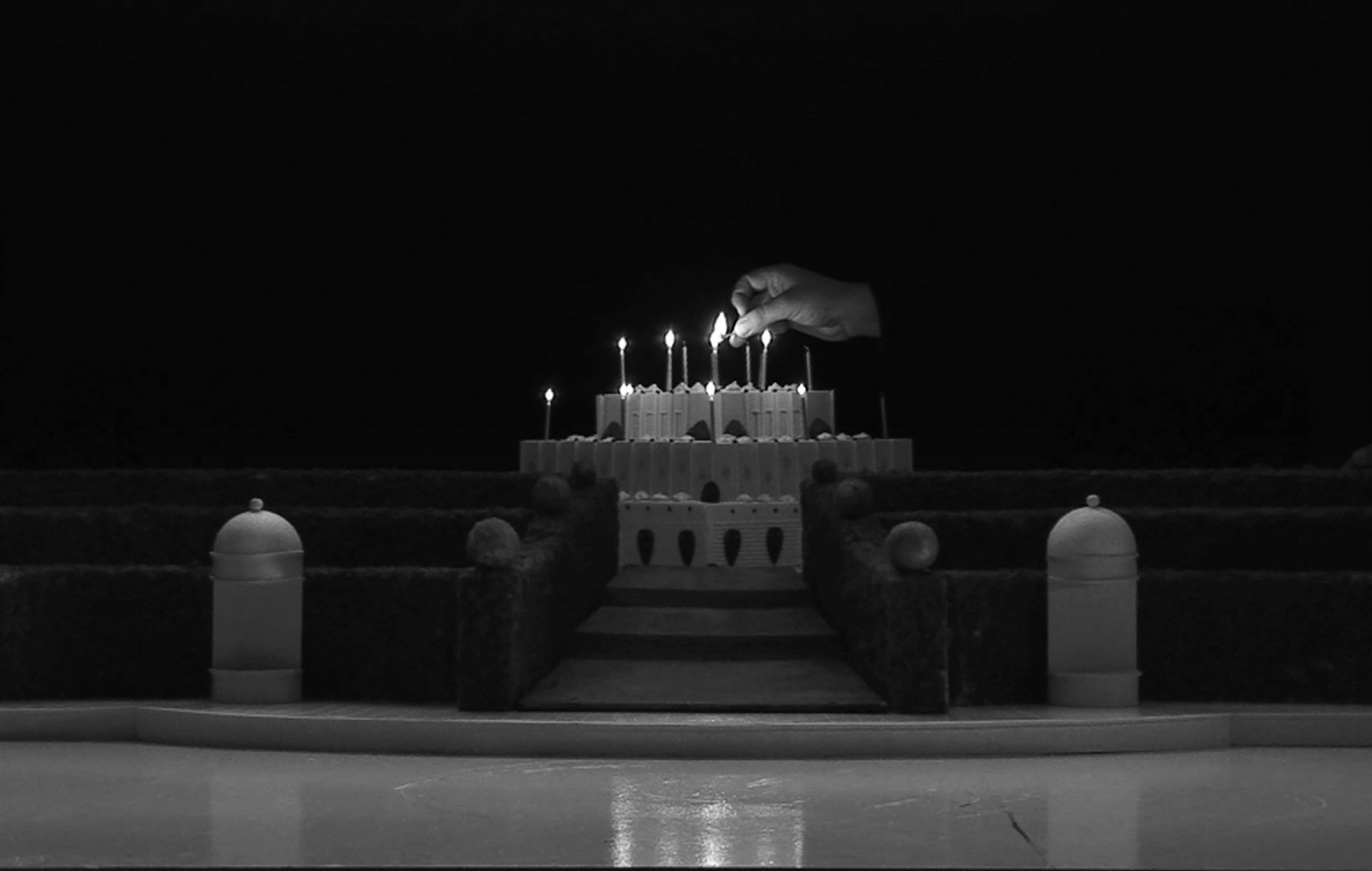 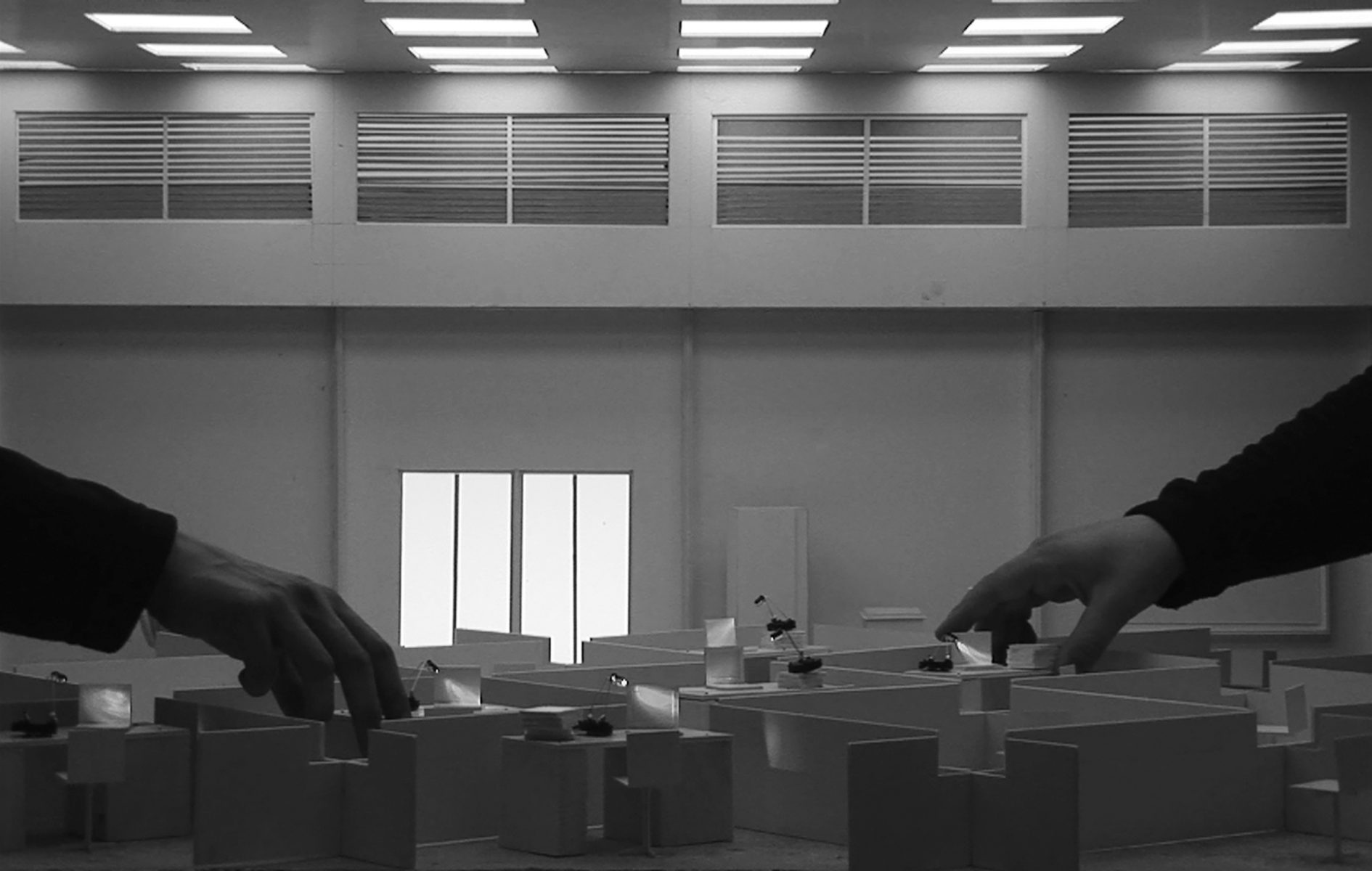 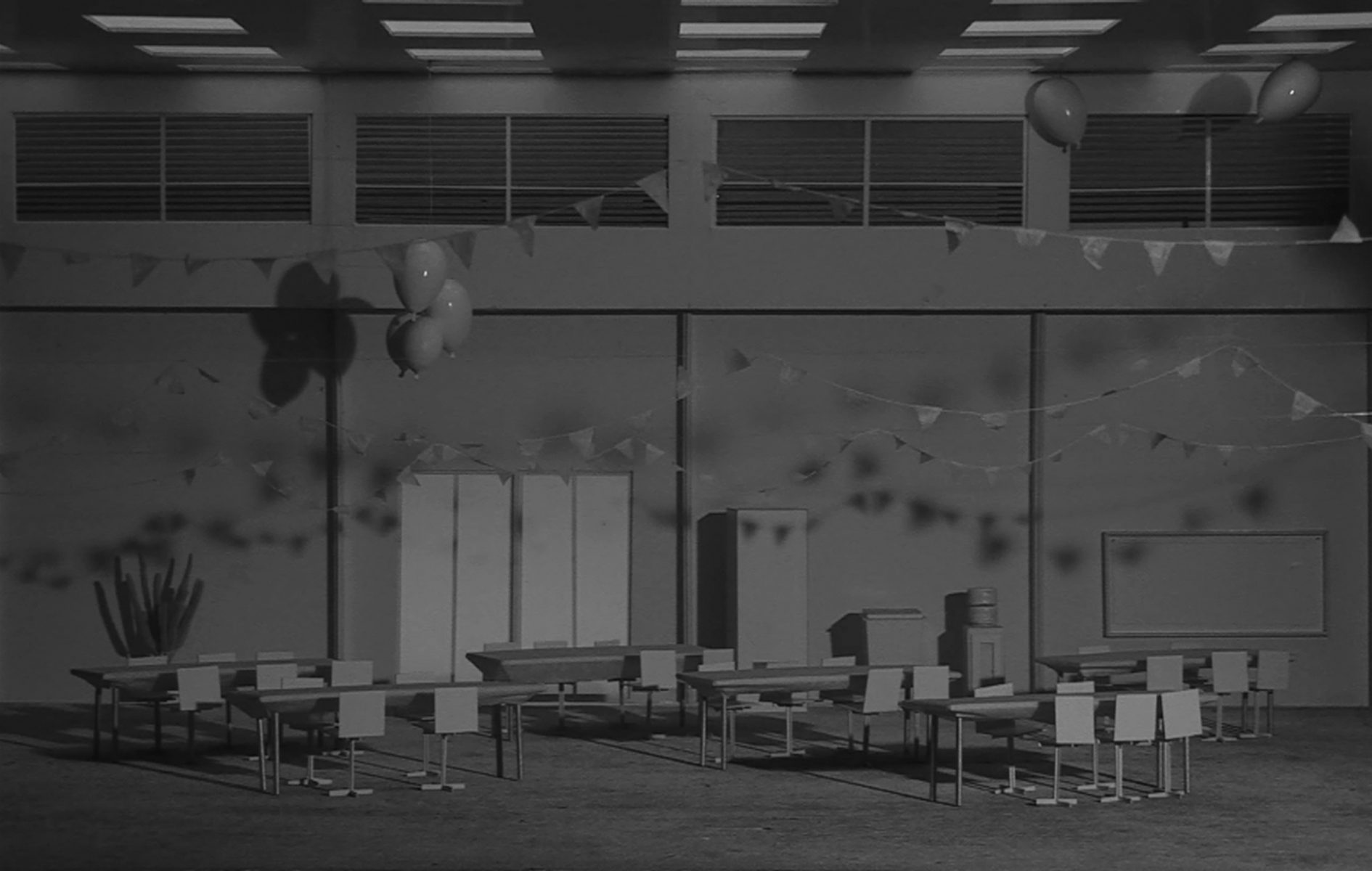 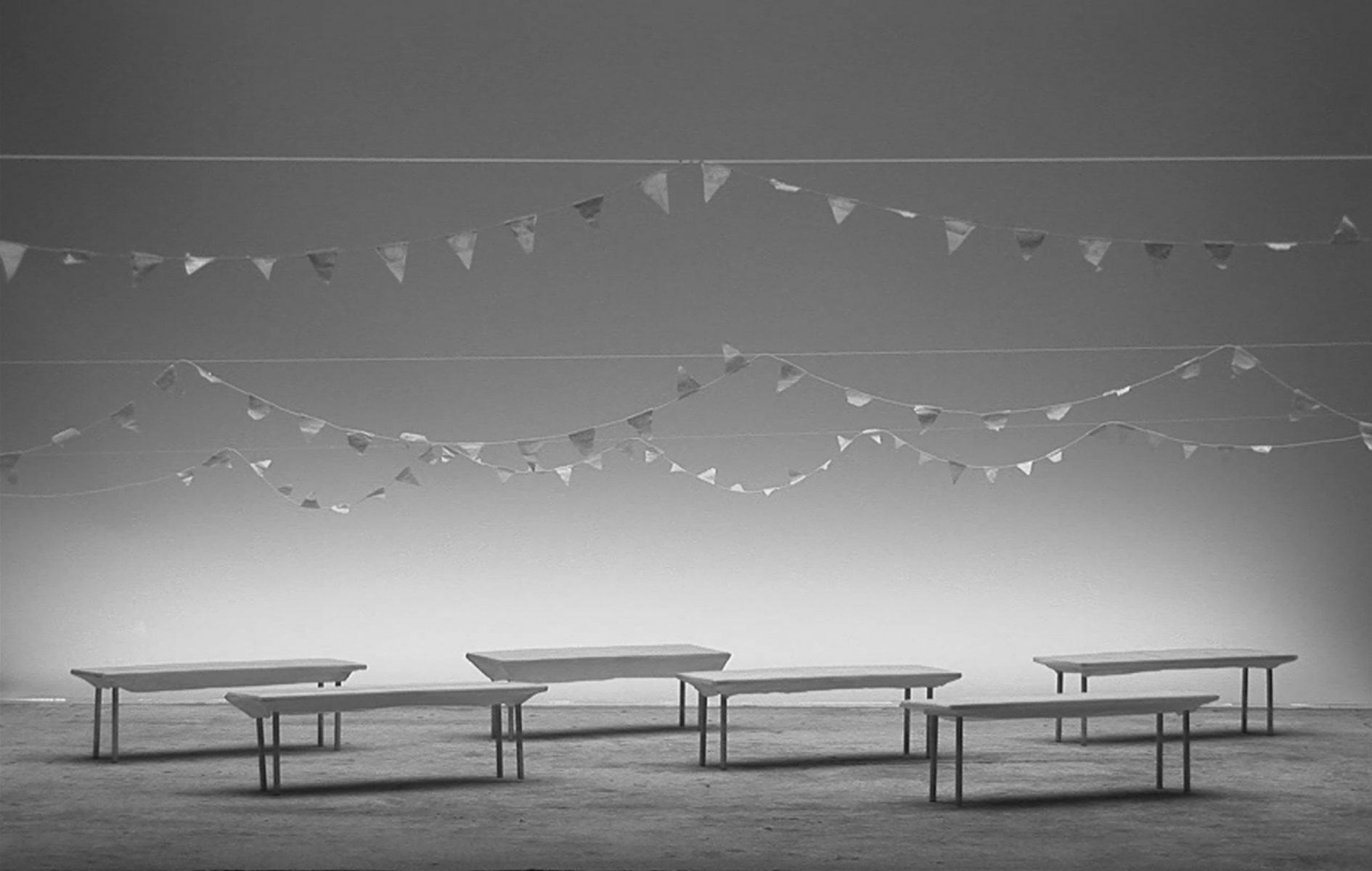 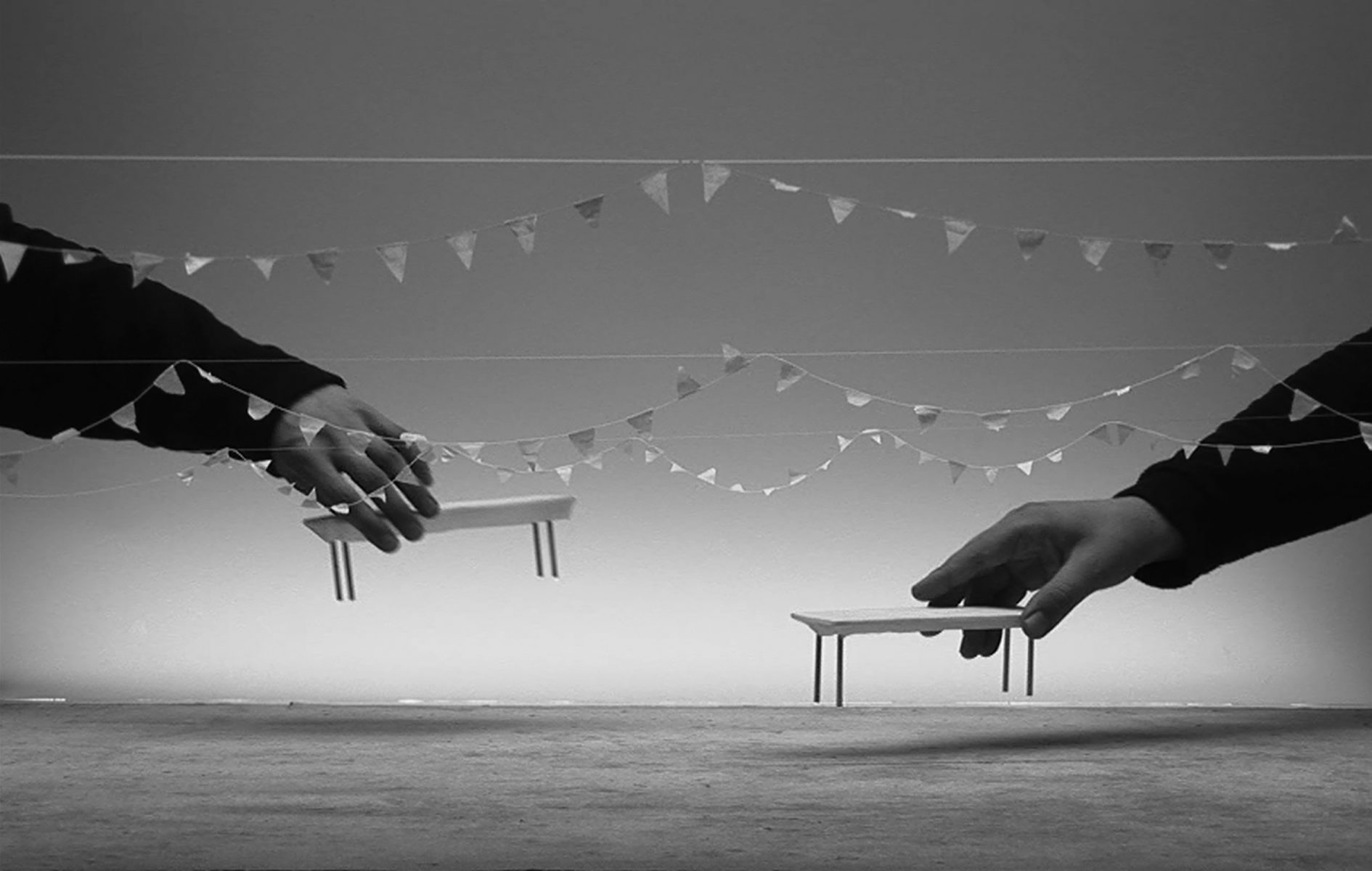 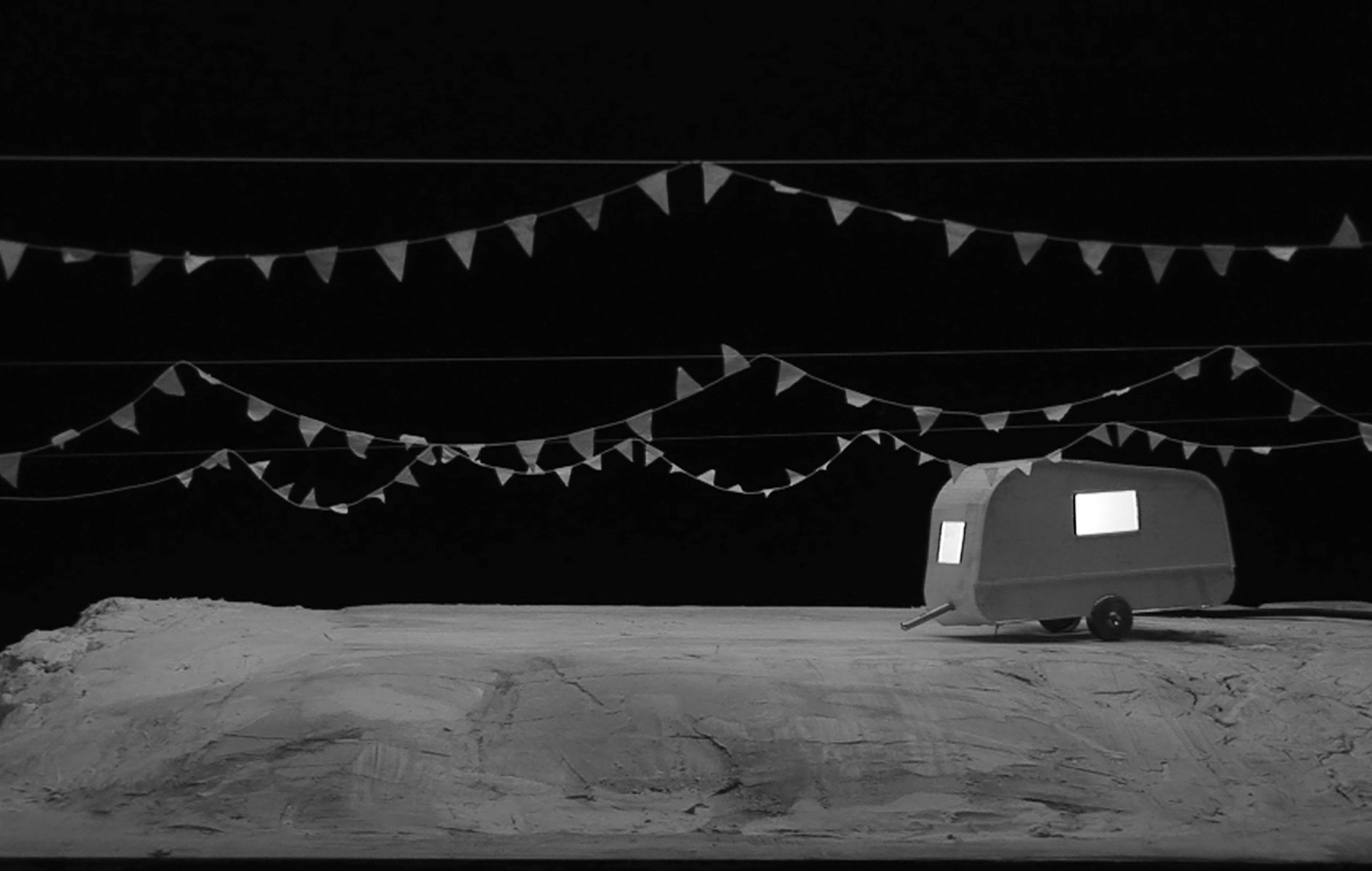 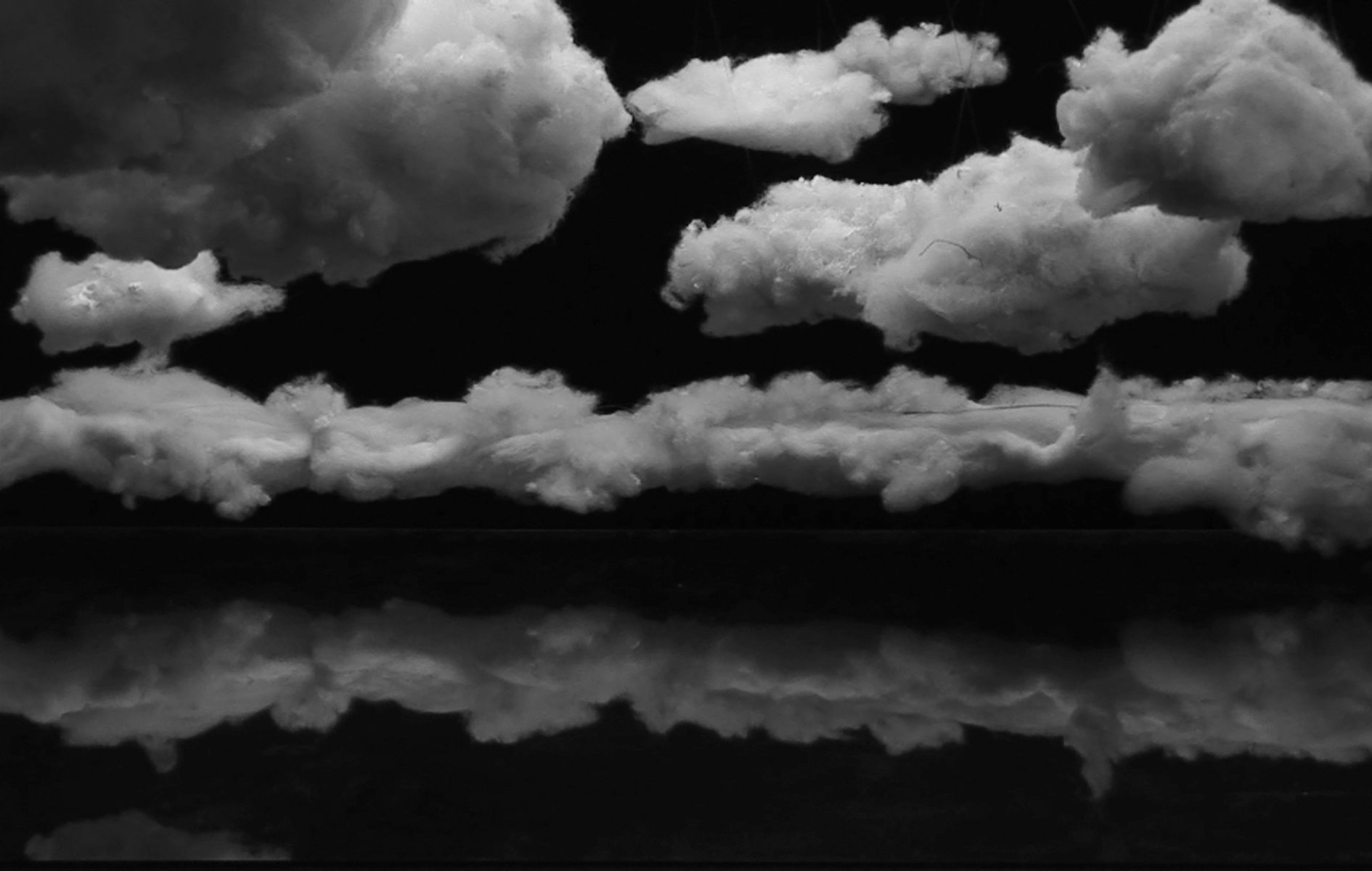 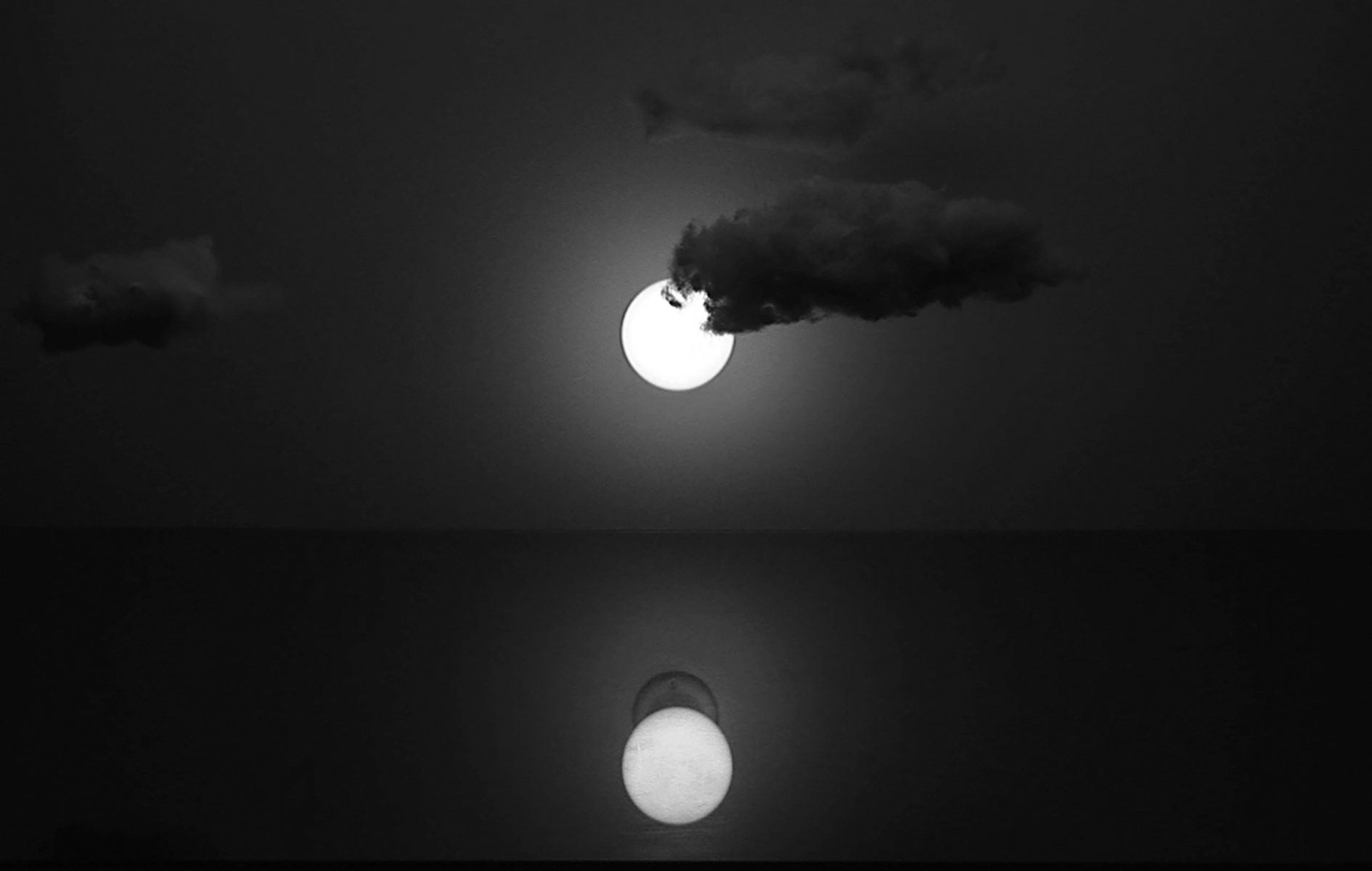 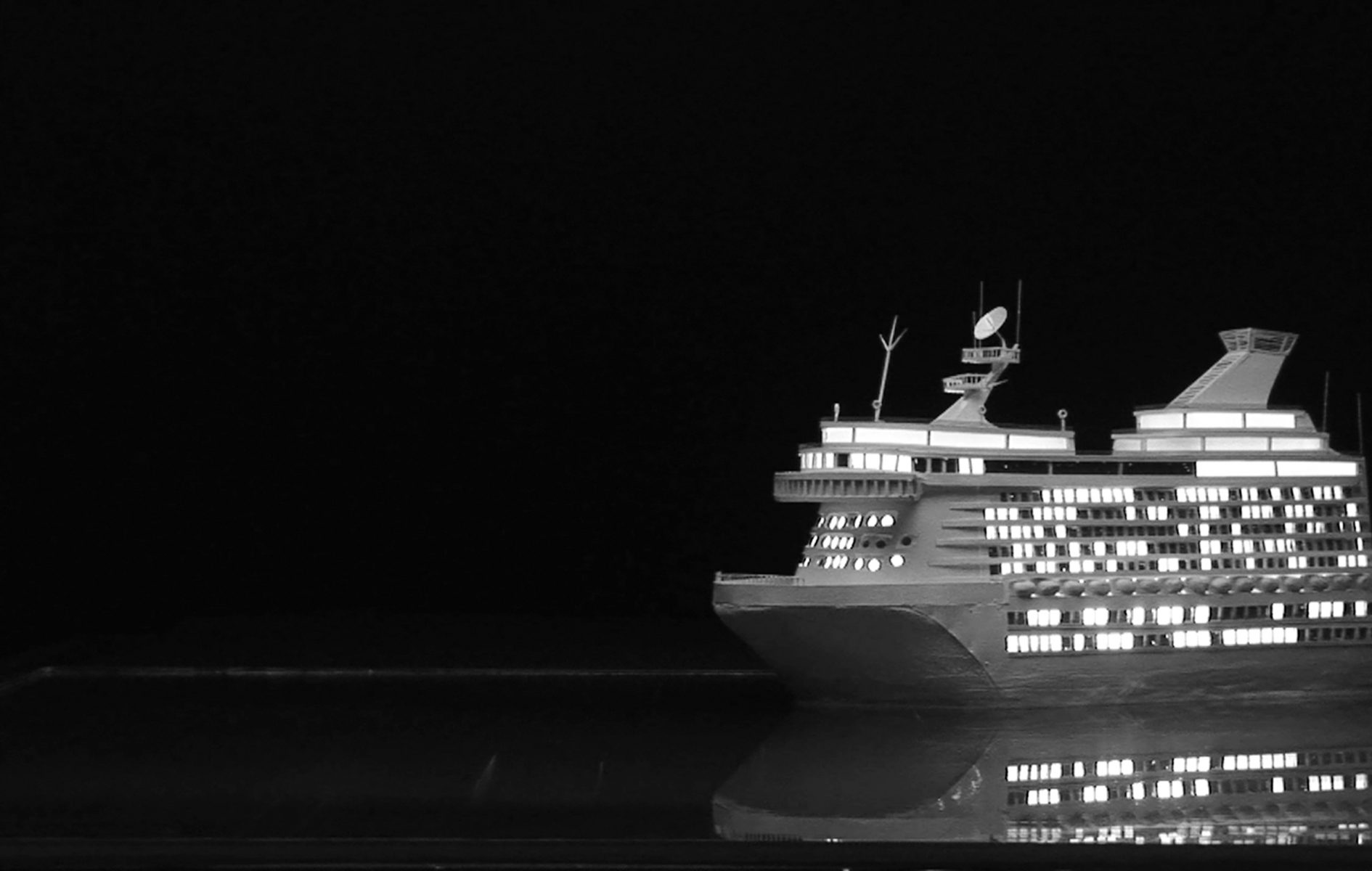 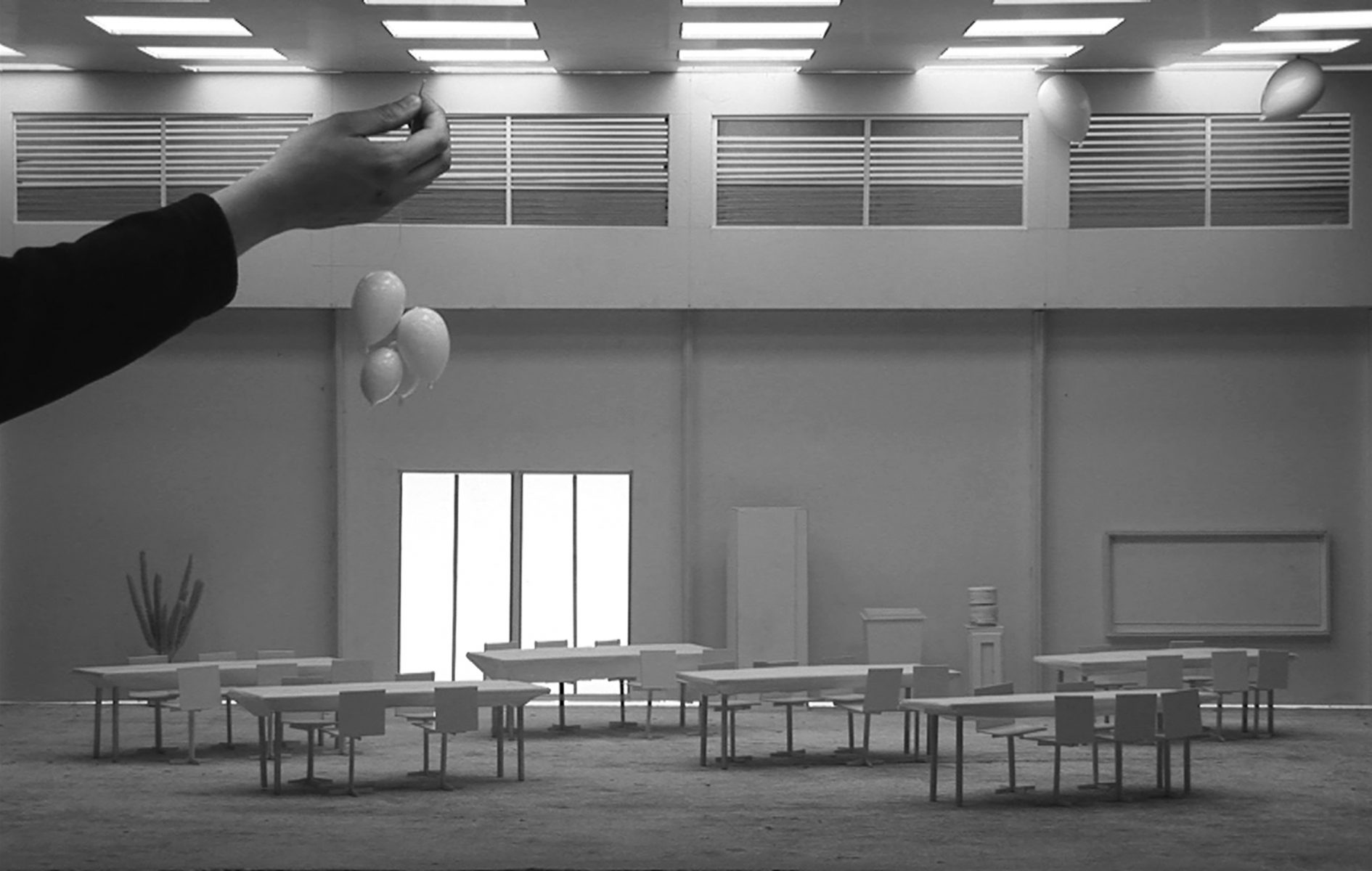 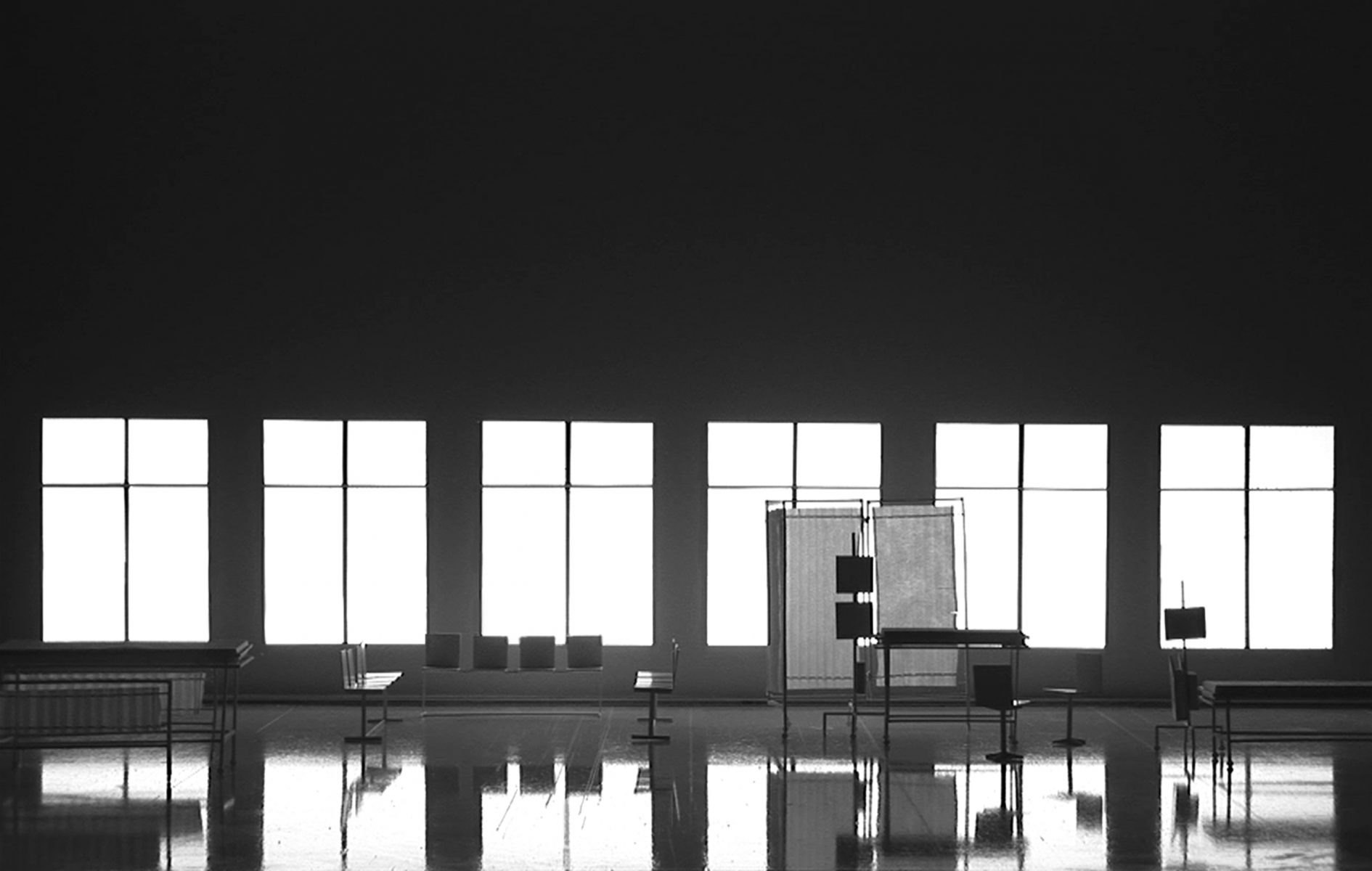 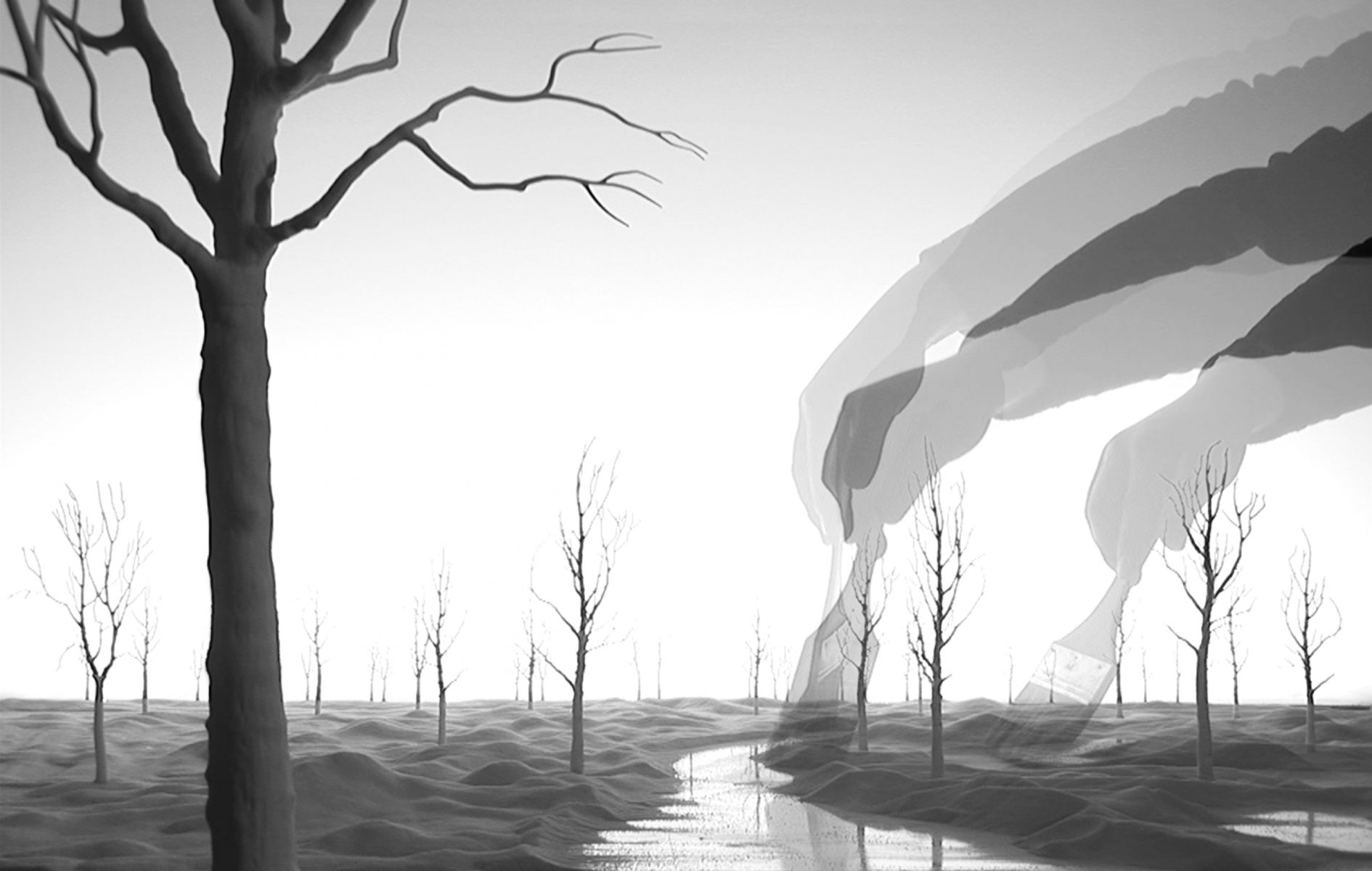 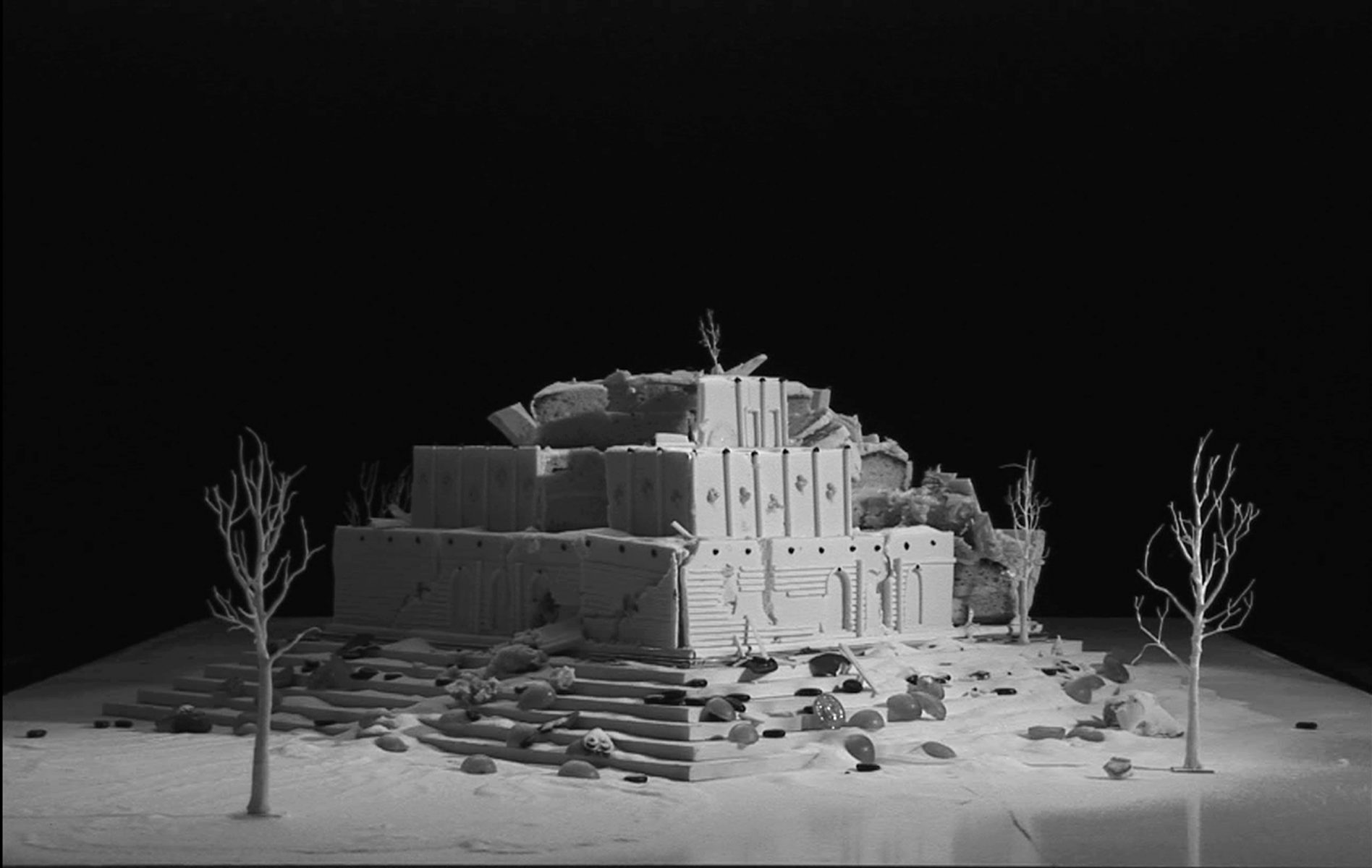 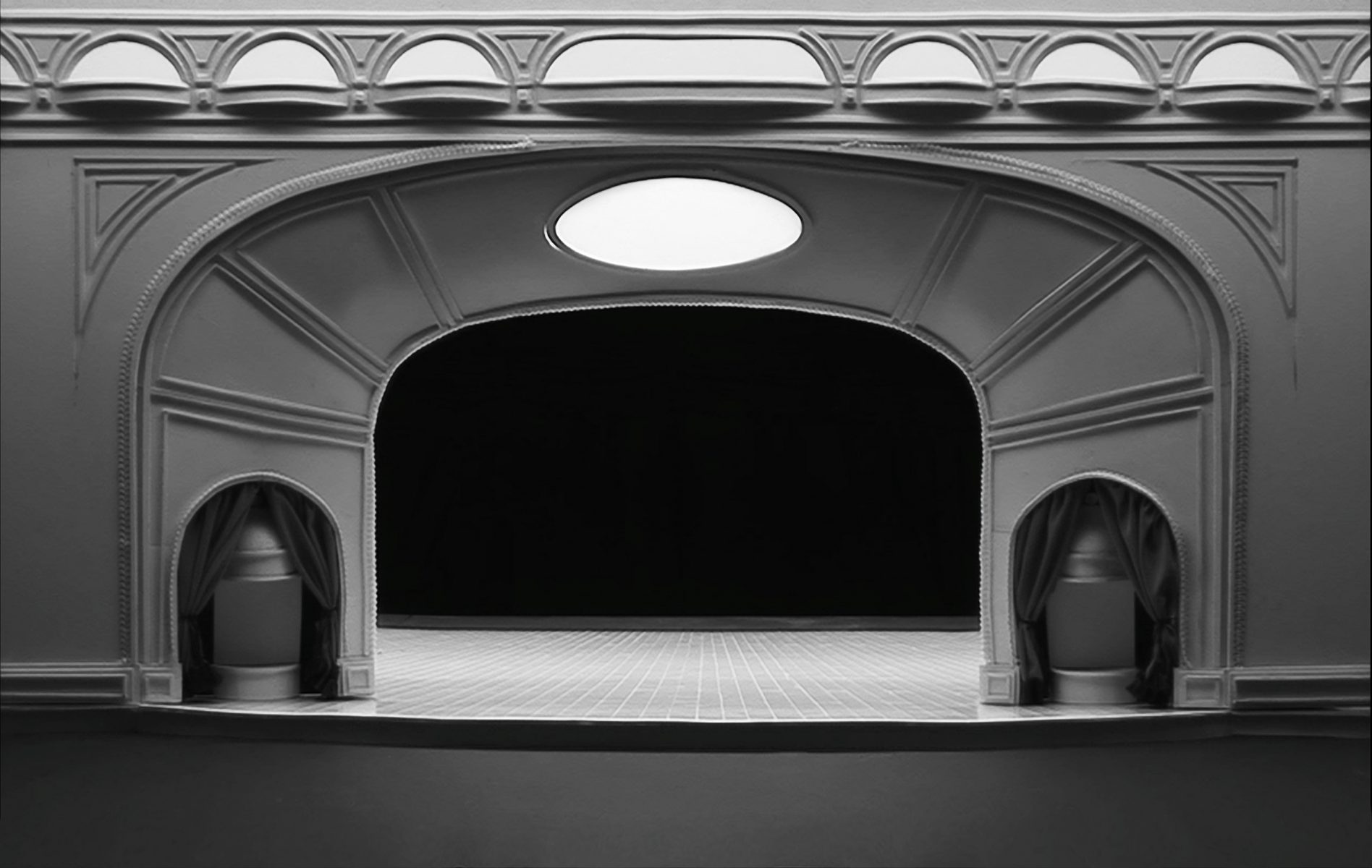 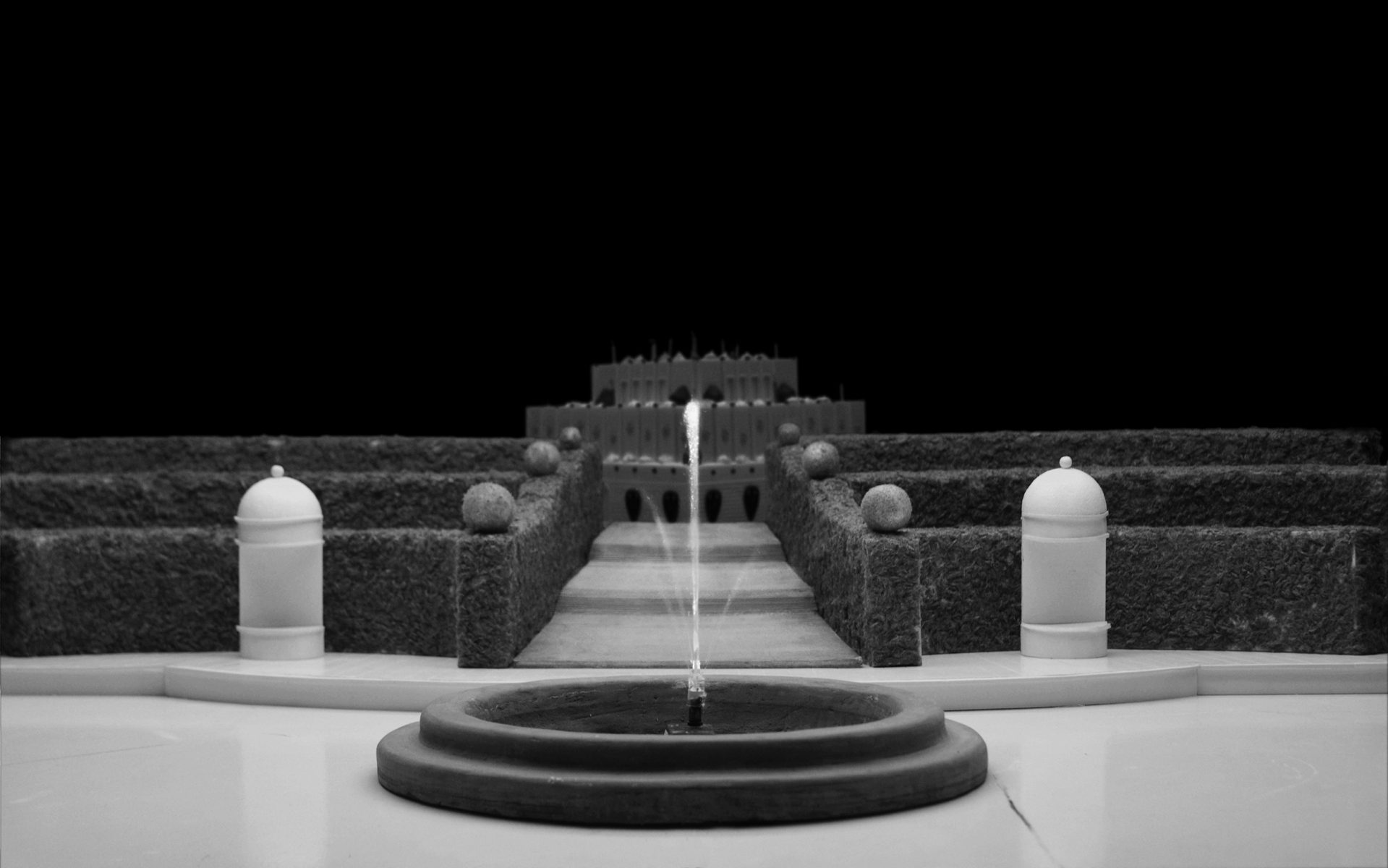 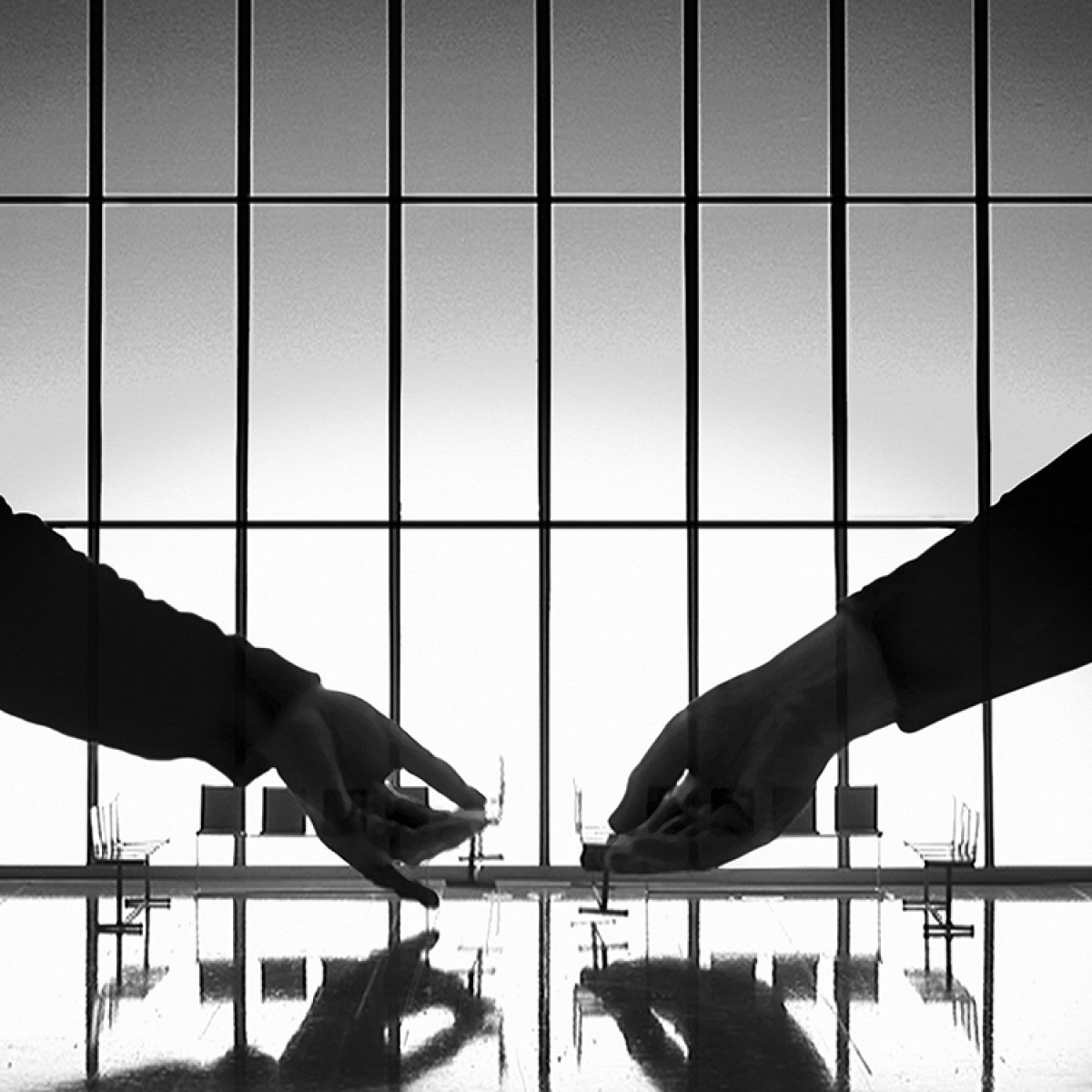 'Staging Silence' is based on abstract, archetypal settings that lingered in the memory of the artist as the common denominator of the many similar public places he has experienced. The presented video images are both ridiculous and serious, much like the eclectic mix of pictures in our minds. The decision to film in black and white emphasises this ambiguity: the amateurish quality of the video evokes the legacy of slapstick as well as the insidious suspense and latent derailment of the film noir. The title refers to the staging of such dormant decors onto which the spectator, in the absence of other figures, can project himself as the lone protagonist.

Remembered images are disproportionate mixtures of concrete information and fantasy, and in this film they materialise before the spectator's eyes by means of anonymous tinkering actions and improvising hands. Arms appear and disappear at random, manipulating banal objects, scale representations and artificial lighting to create alienating yet recognizable locations. These places are nothing more than animated decors for possible stories, evocative visual propositions, to be experienced by the spectator. The film is accompanied by a score inspired by the images, composed and performed by composer-musician Serge Lacroix.

As I went from the Brussels train station to Hans Op de Beeck's studio, I was nervous. There is something positively intimidating about the extremely rich and …

Tim White-Sobieski: Alright, Hans, let's pretend for a second we do not have these 15+ years of burden and experience in film production; let's pretend we …