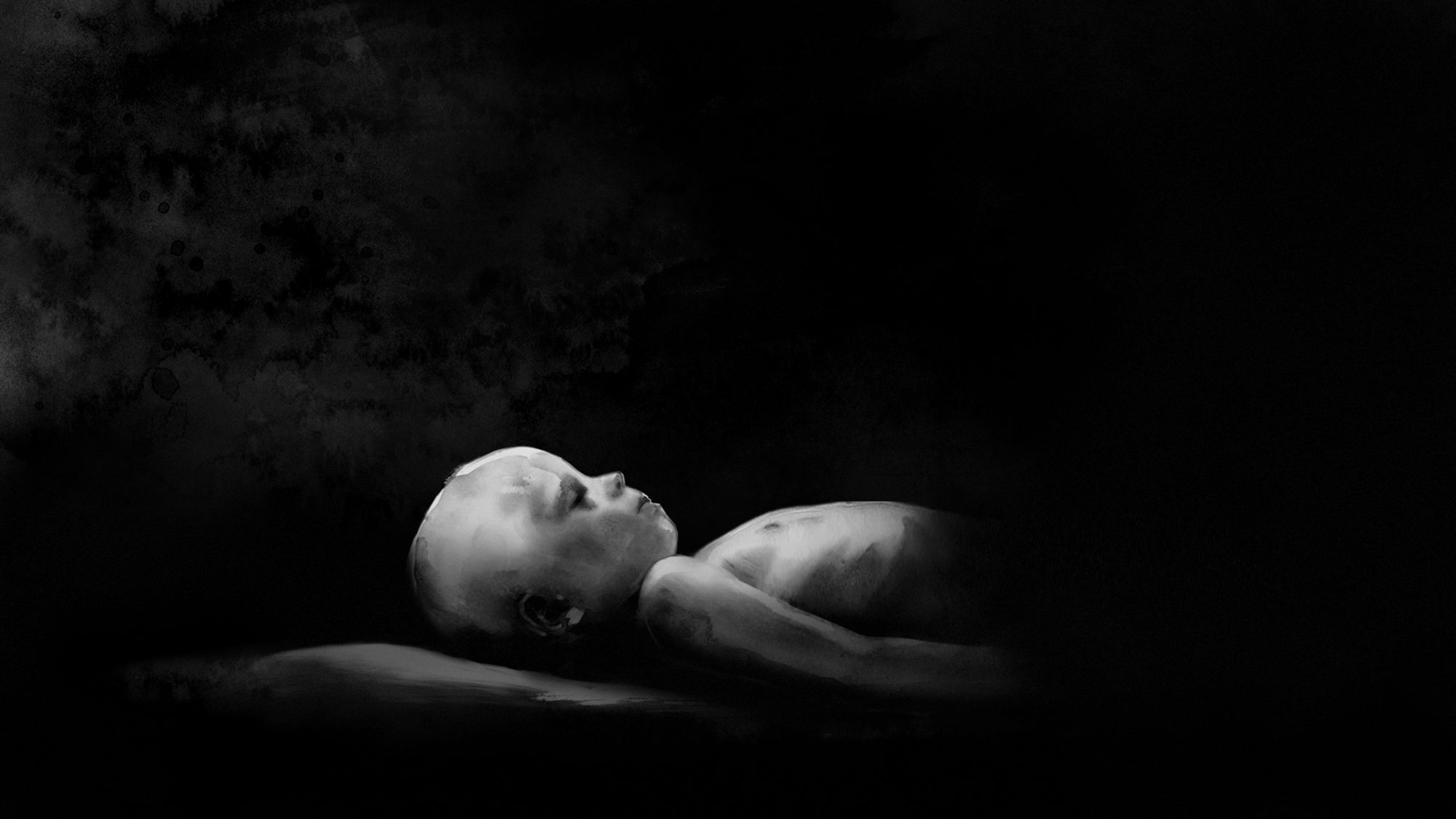 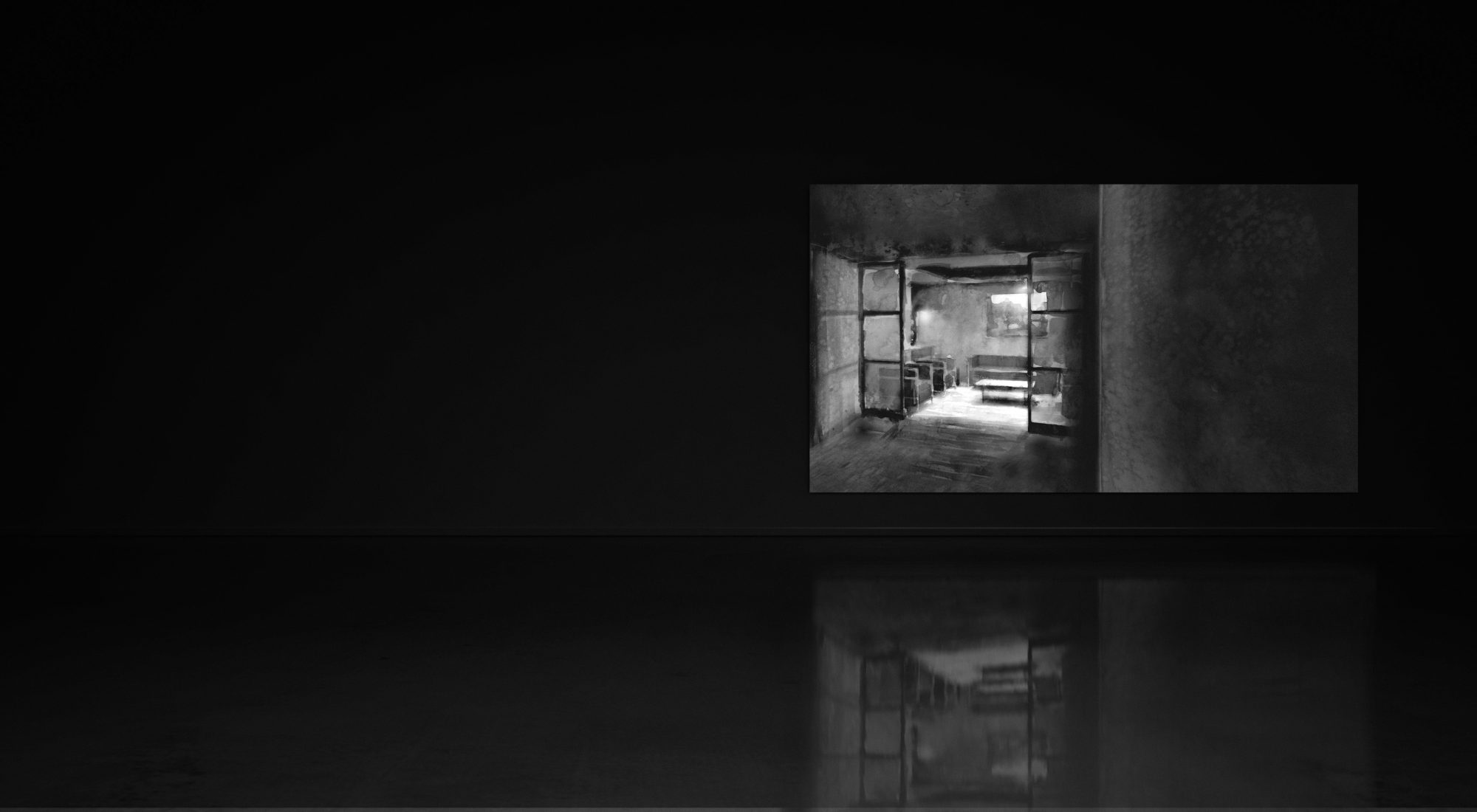 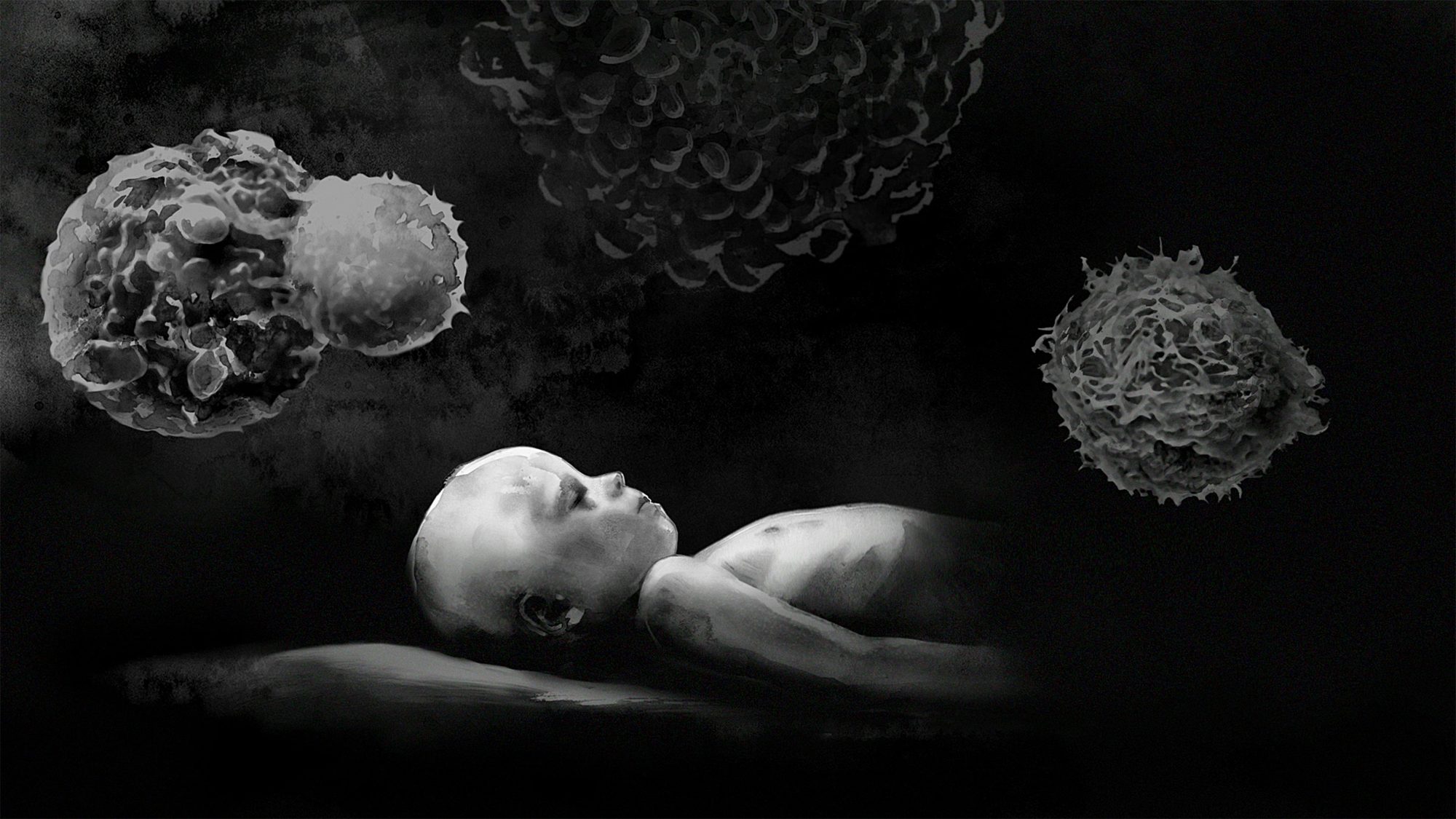 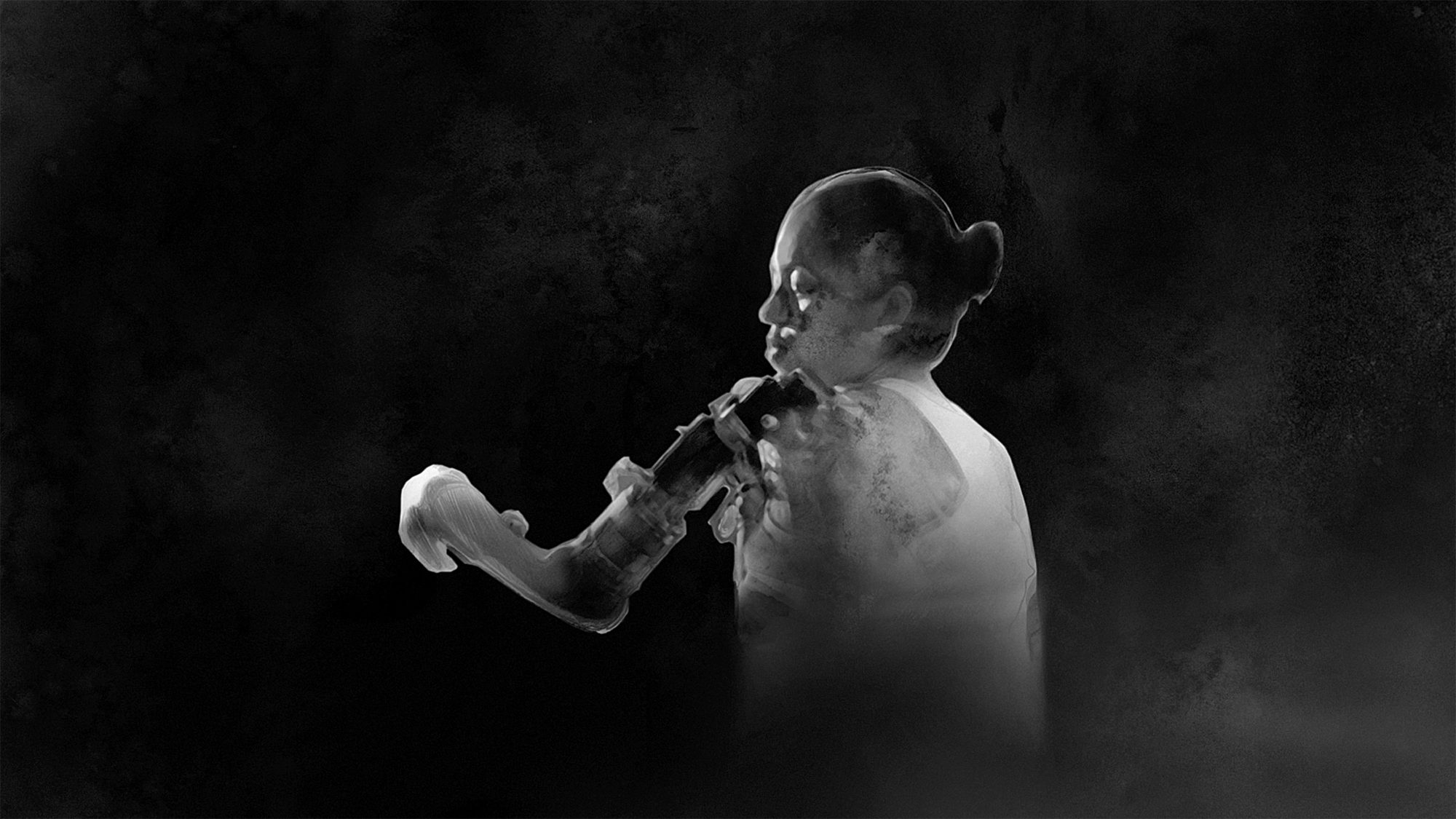 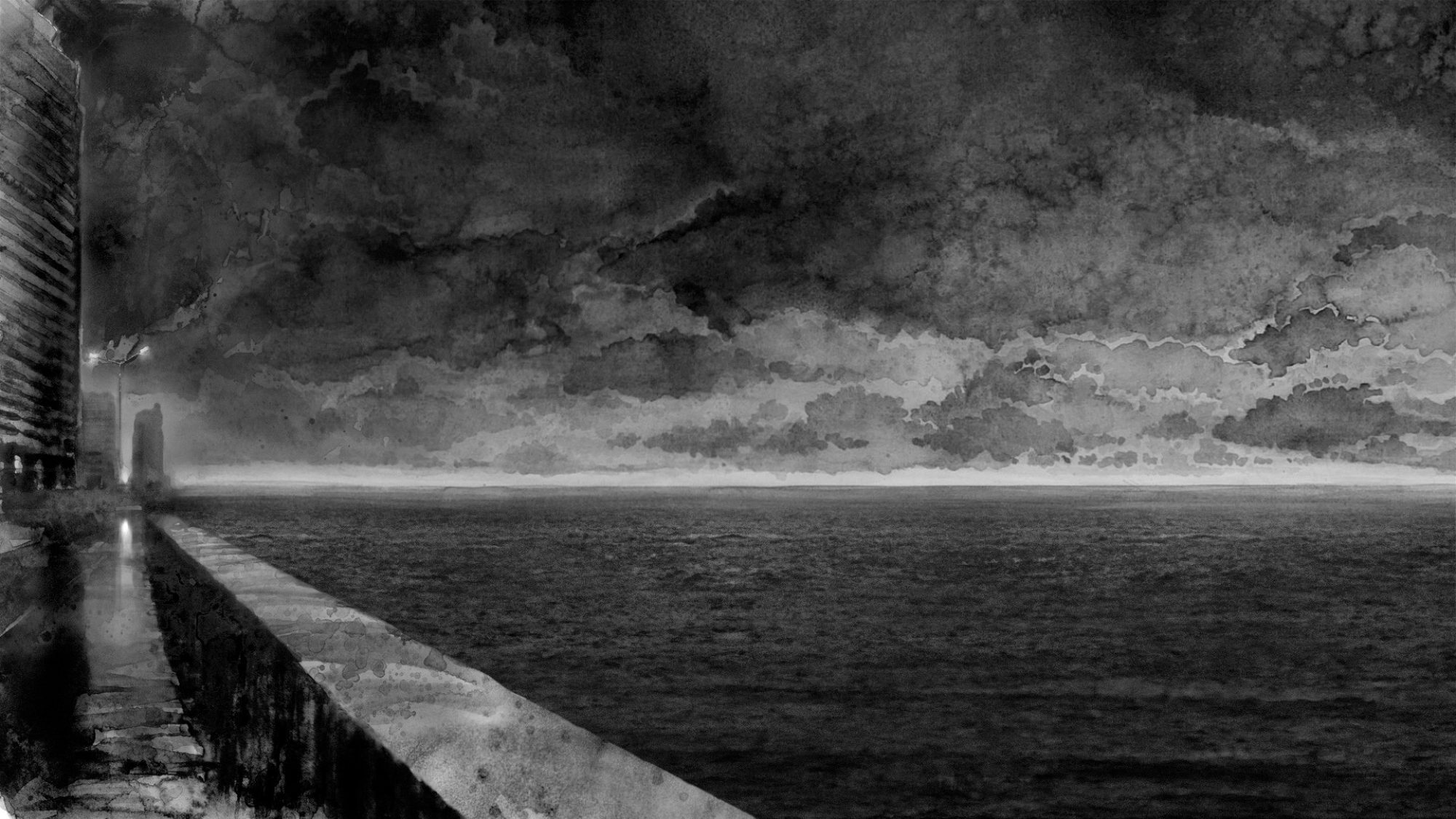 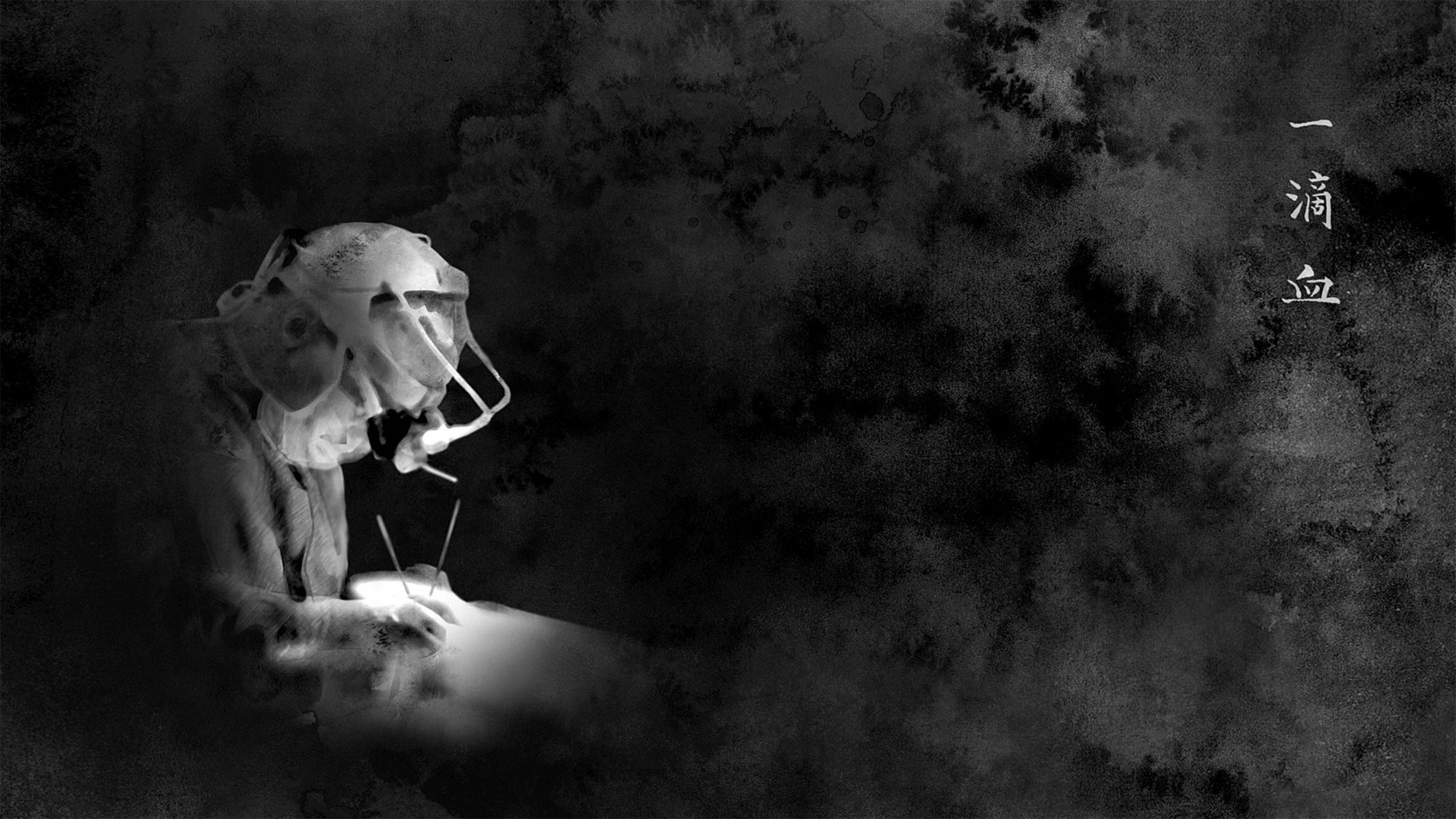 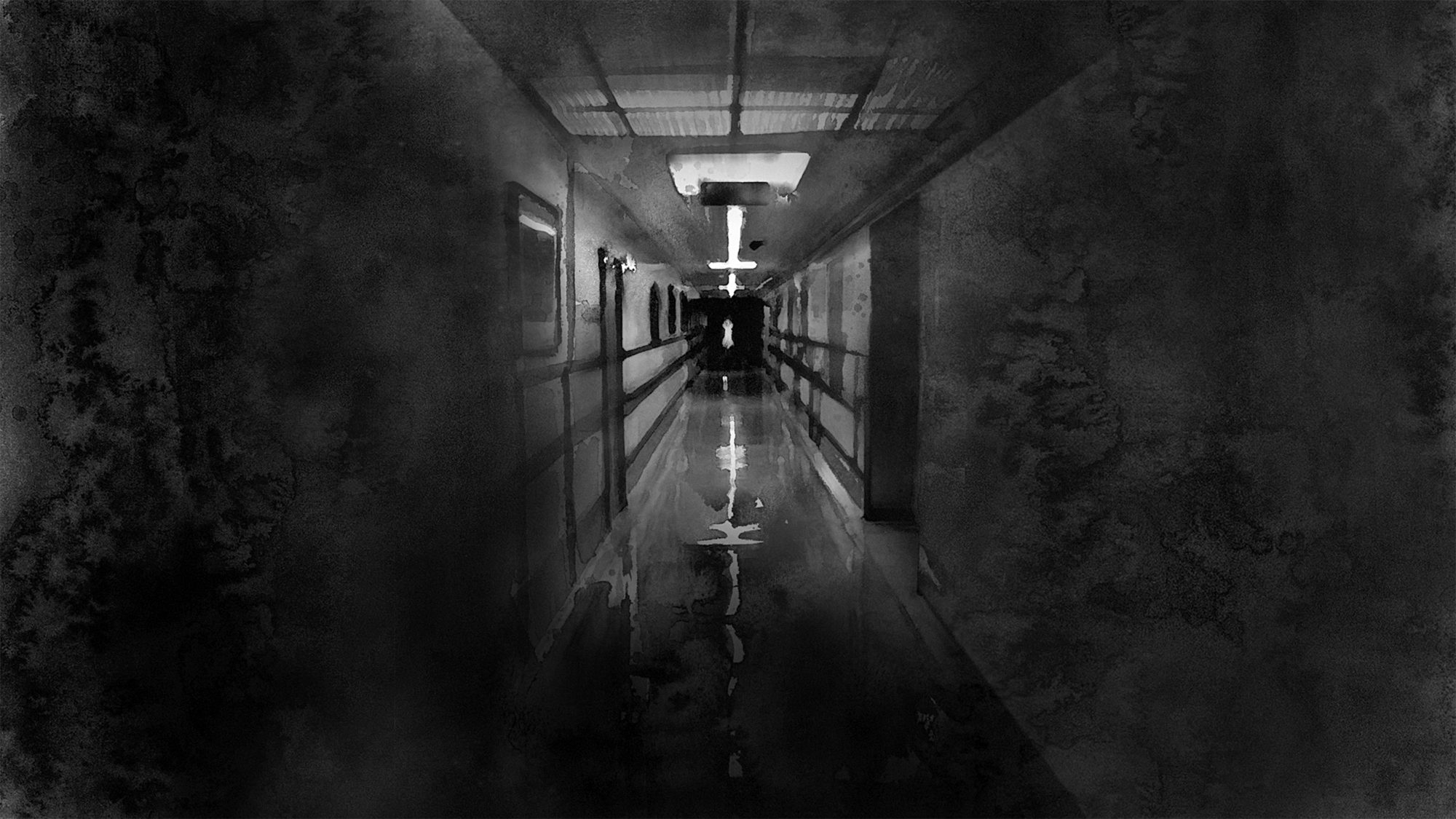 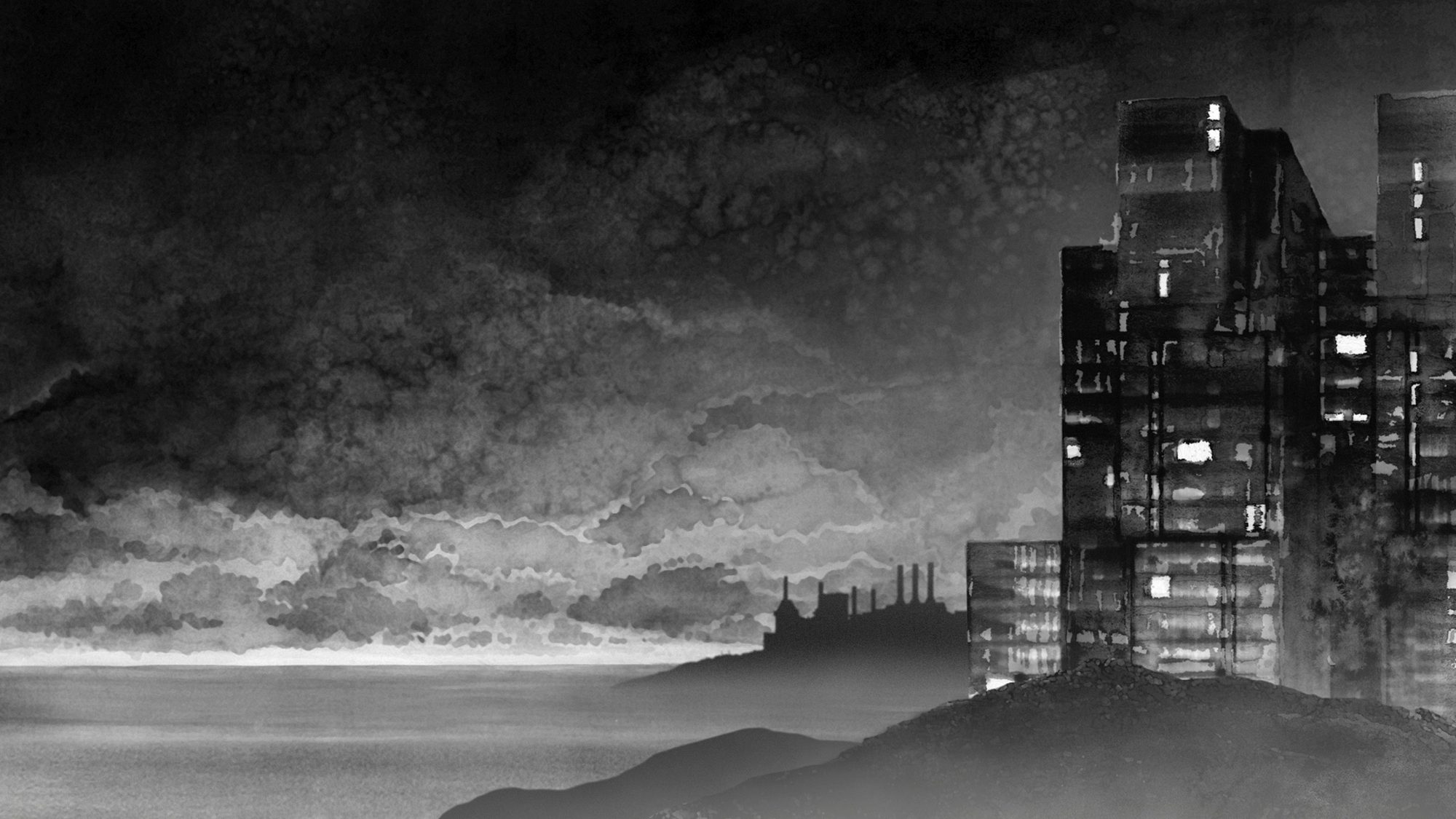 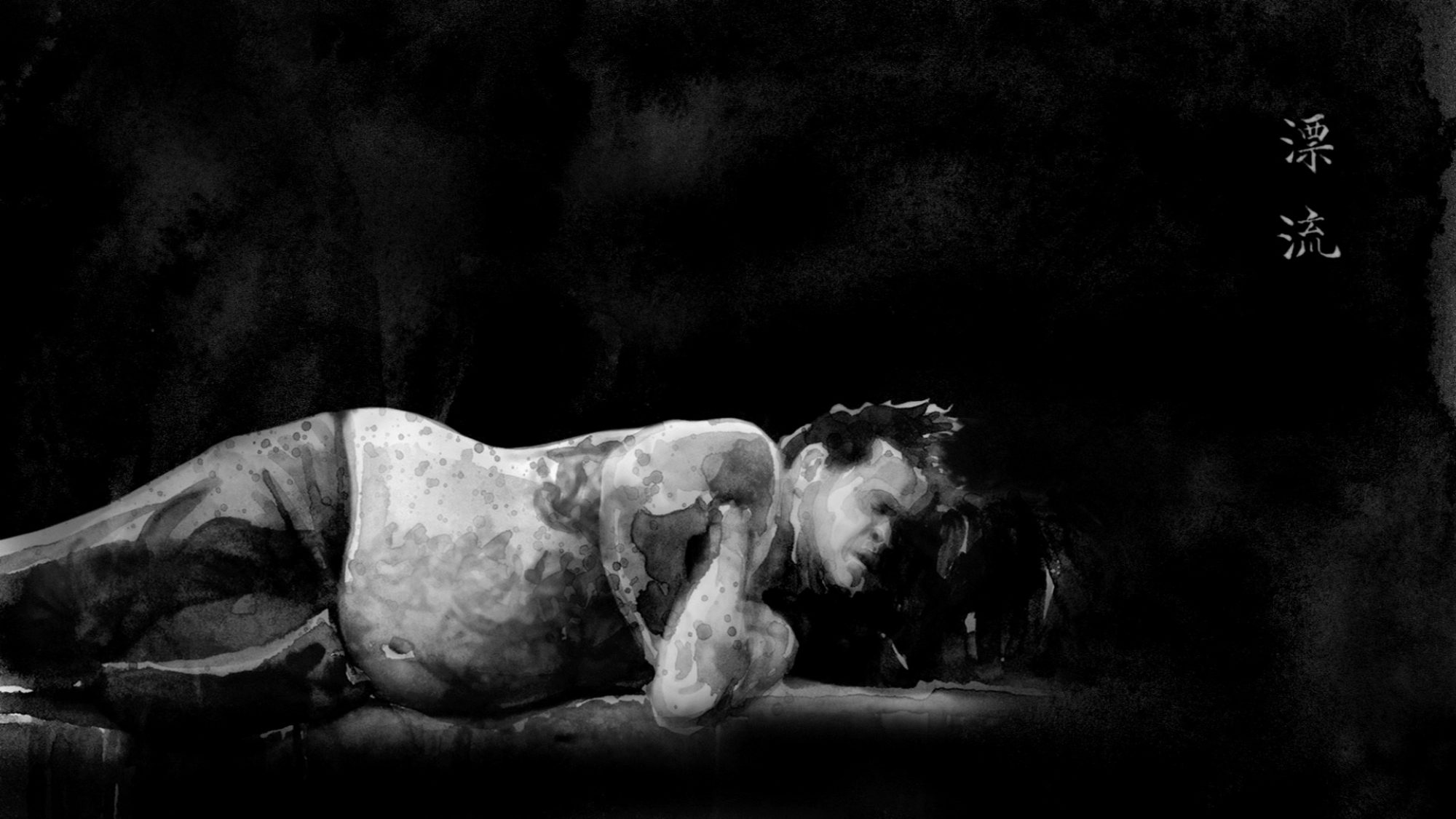 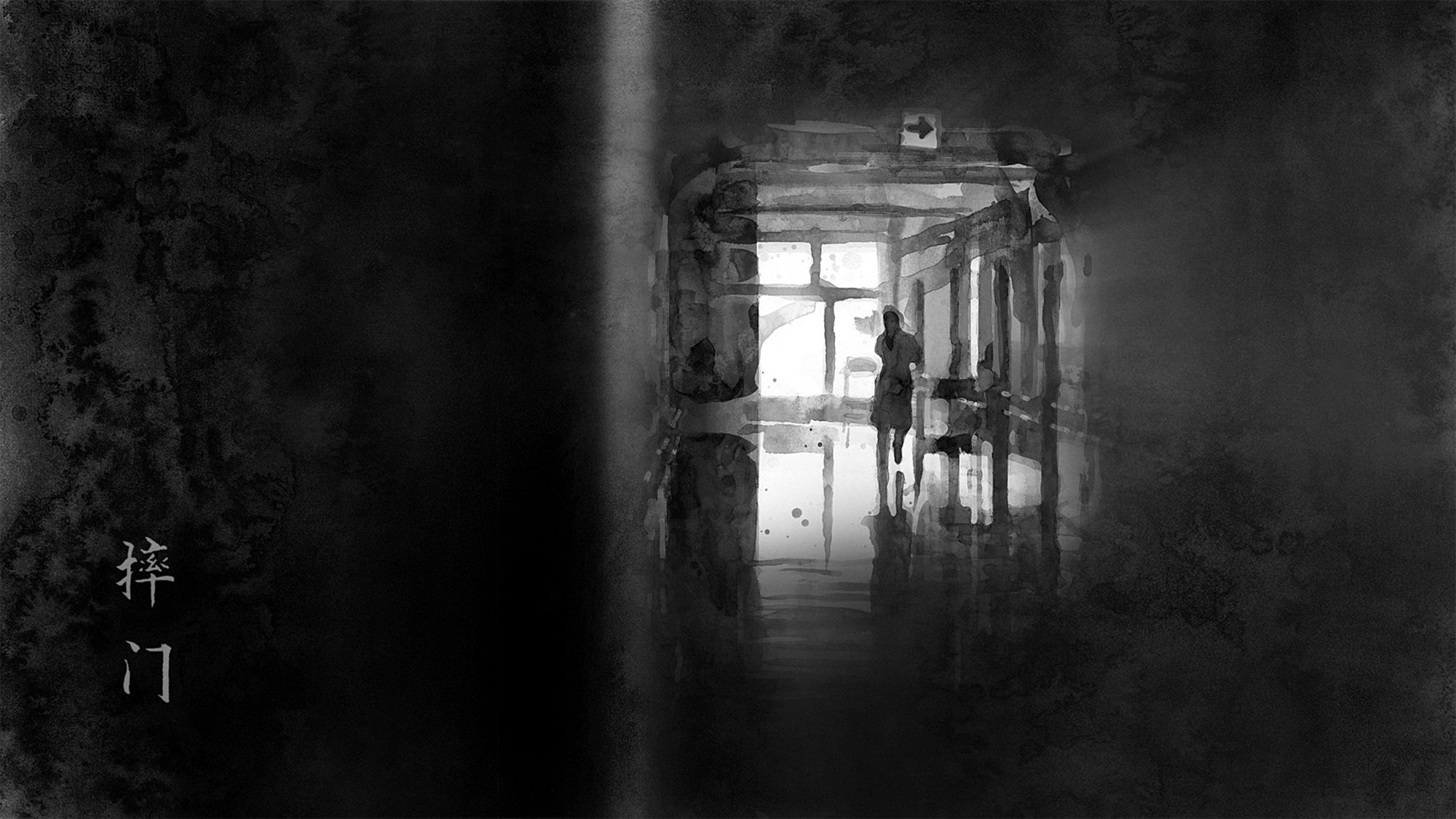 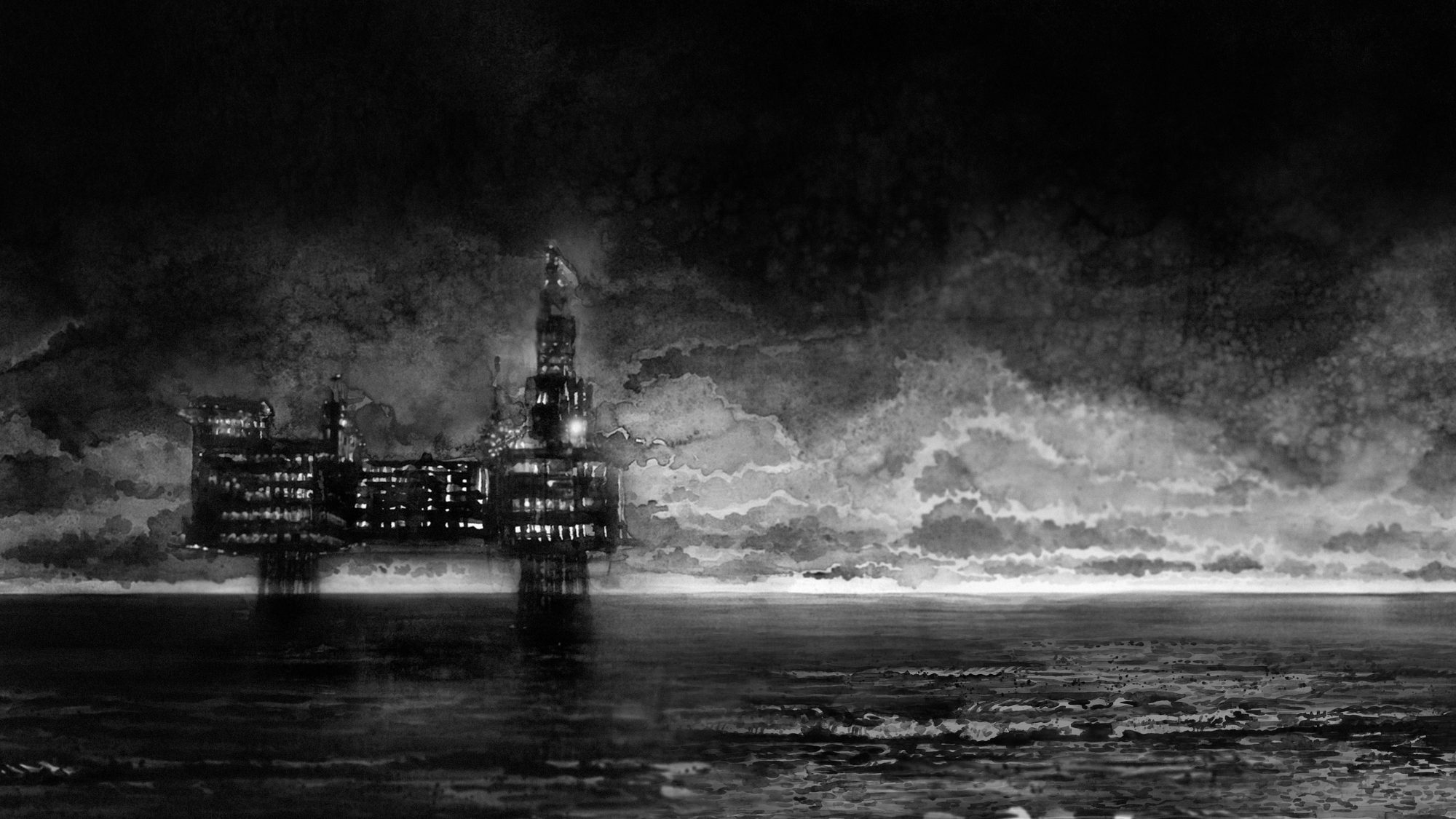 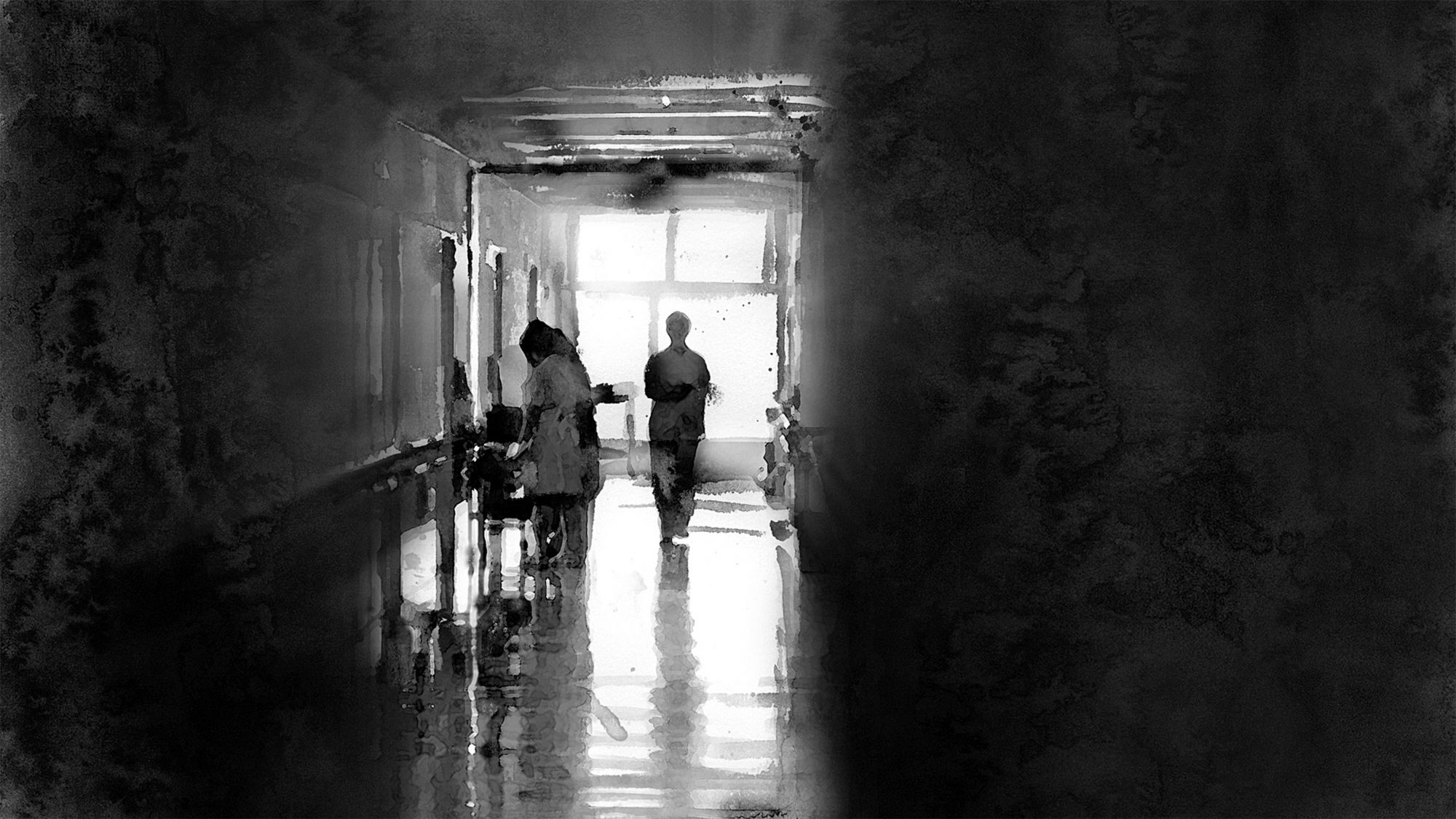 In terms of content, the animated film 'Extensions' deals with cultural and subcultural rituals, science and technology as extensions of the human body and as the physical manifestation of an unfaltering belief in progress, which is both redemptive and ethically problematic. The artist’s definition of the extension of the body is very broad, and comprises objects such as weapons, scanners, prosthetic devices, or spaces such as shopping malls or waiting rooms; anything that seems to make Western life easier, everything that serves to channel, automate and process it in terms of data, grids, and patterns.
'Extensions' takes the spectator on a quiet, nocturnal journey along abandoned buildings, interiors, objects and anonymous characters that appear and disappear into the dark. The animated film, which is made using black-and-white watercolours based on photographs taken from the Internet and images from documentaries and educational videos, depicts our technology-driven and globalised environment as a dark dream, a dark and intangible maze in which the individual tries to maintain himself by means of rituals and habits.

Silent, sometimes meditative, sometimes ironic meetings of modern human beings with themselves, the temporary neglect of our own identity - that's the hand of …

Time, space and the various impacts of socio-political events appear as critical themes within the art of Belgian artist Hans Op de Beeck. Living in the heart …