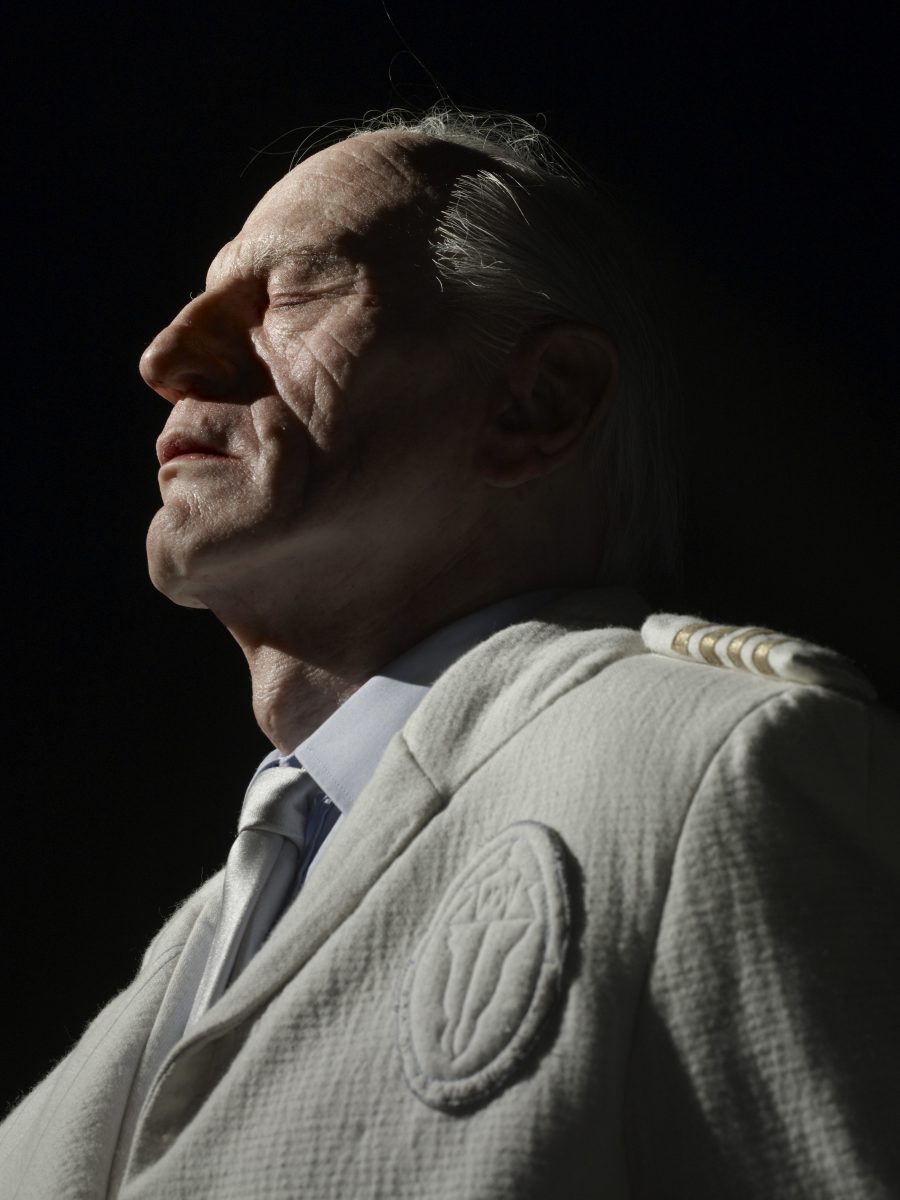 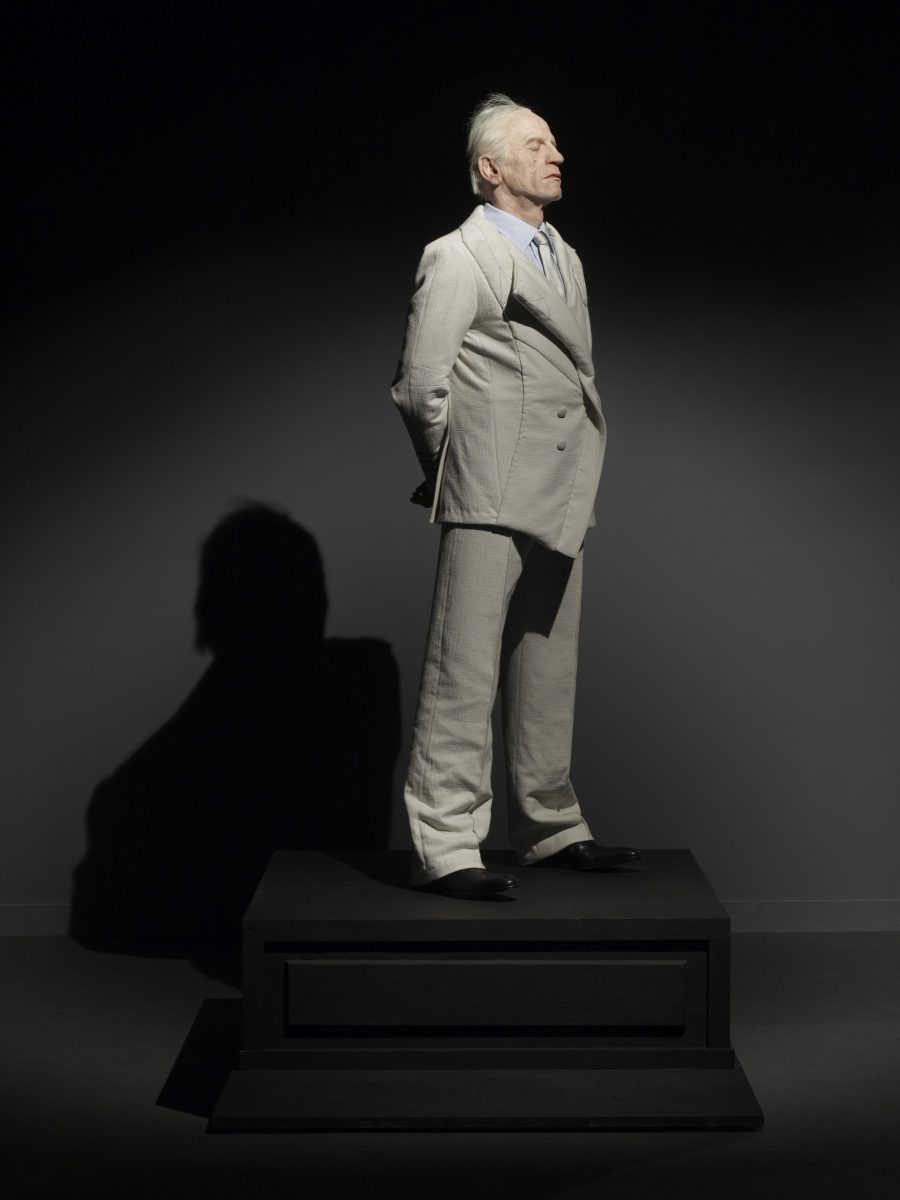 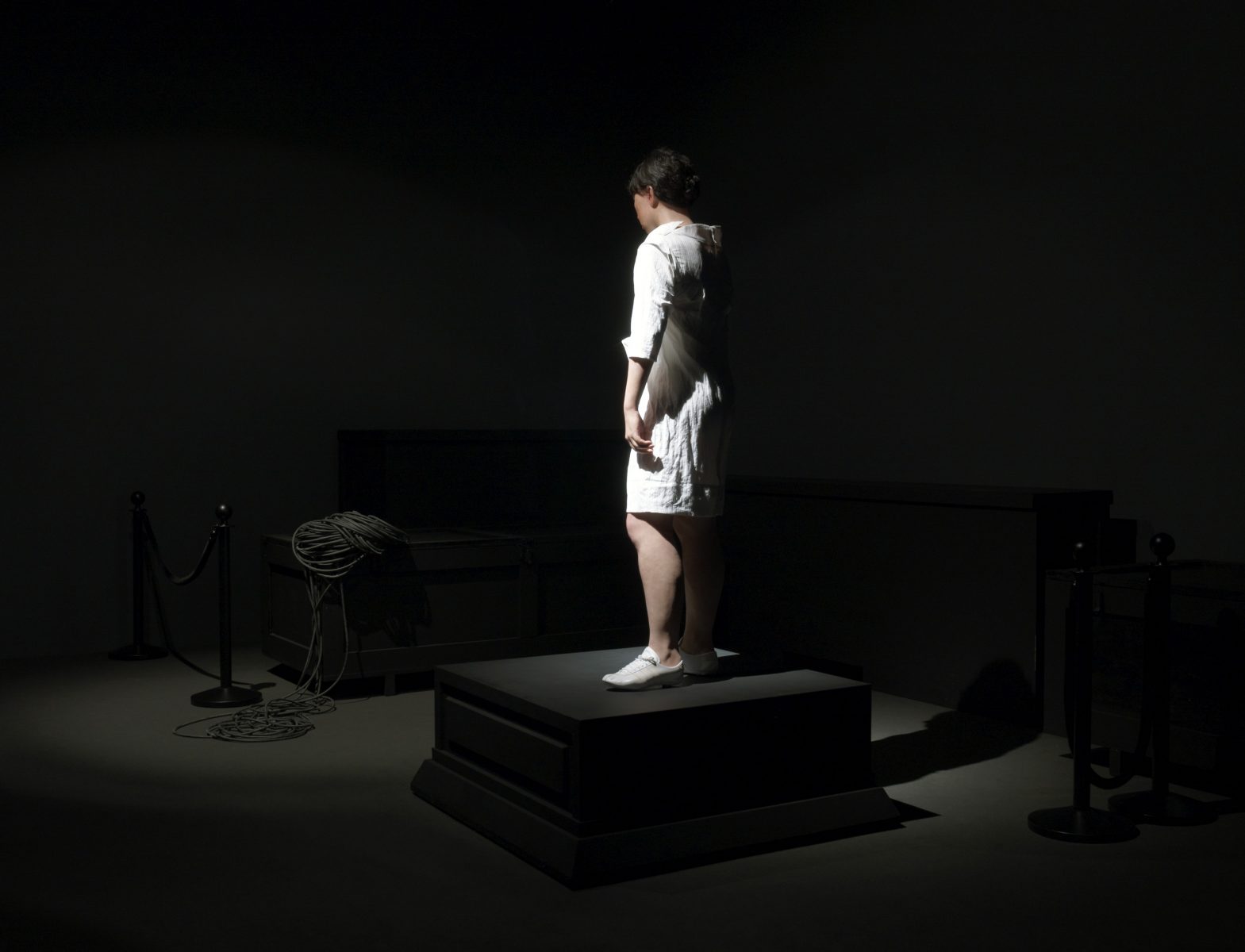 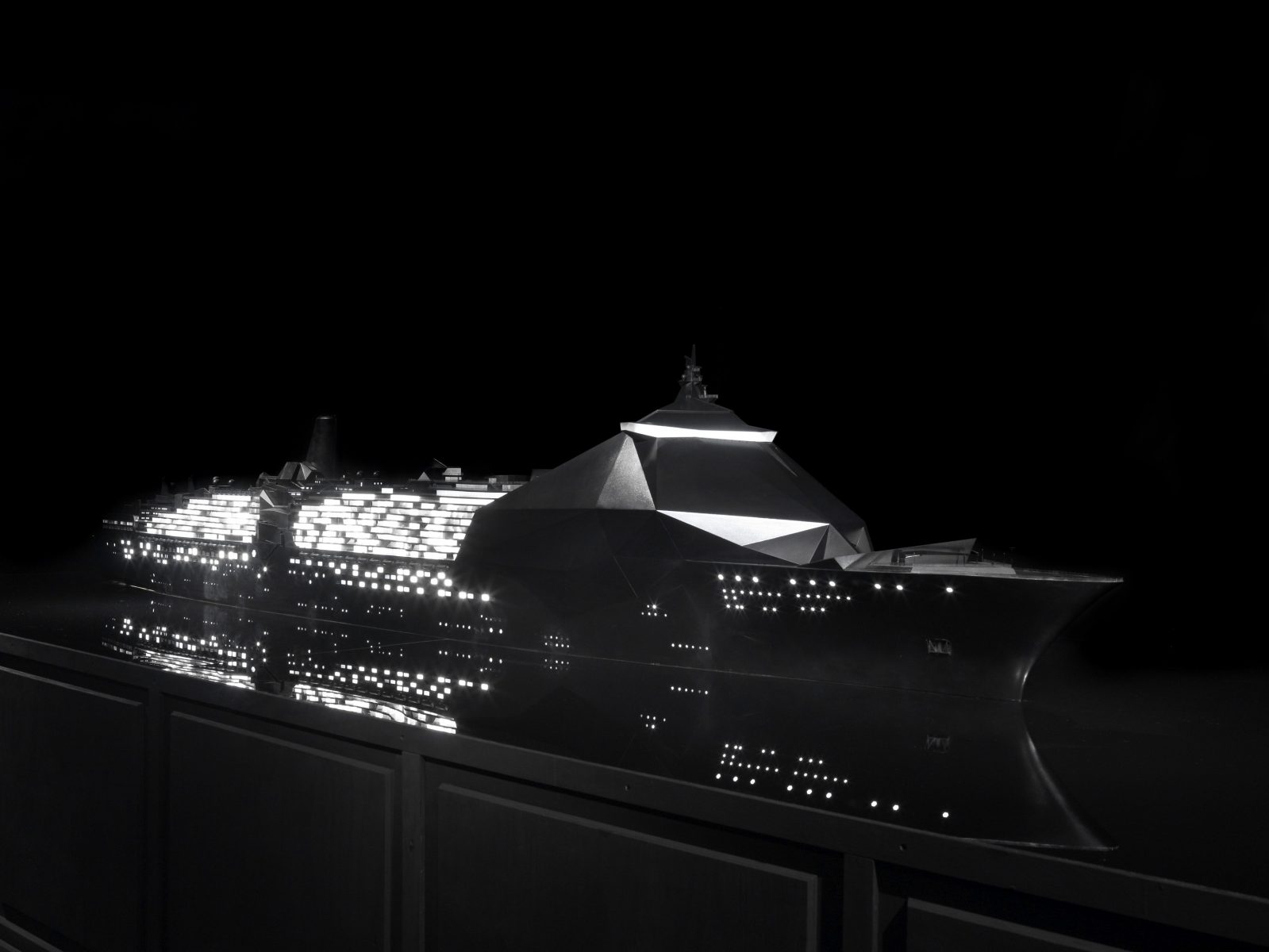 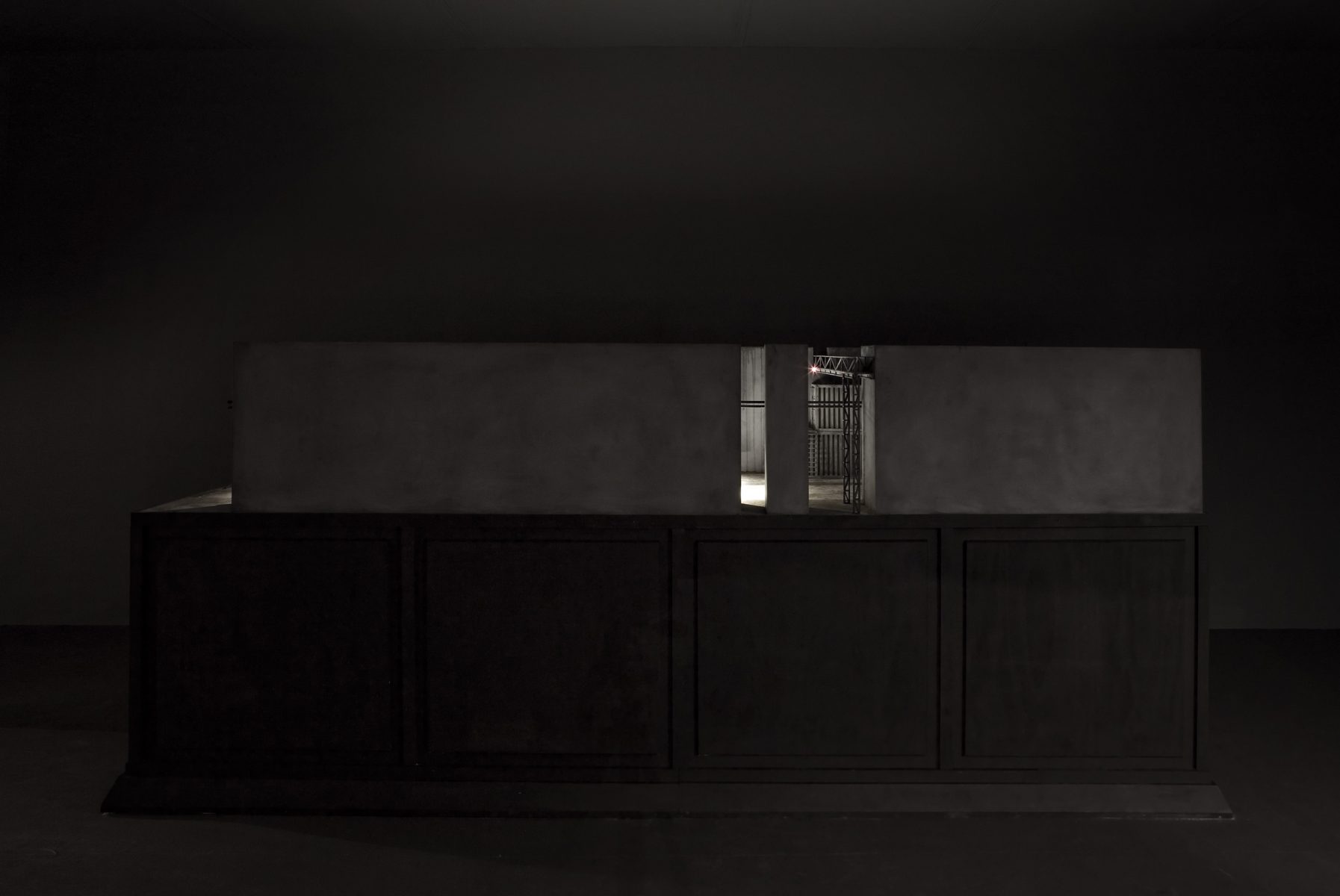 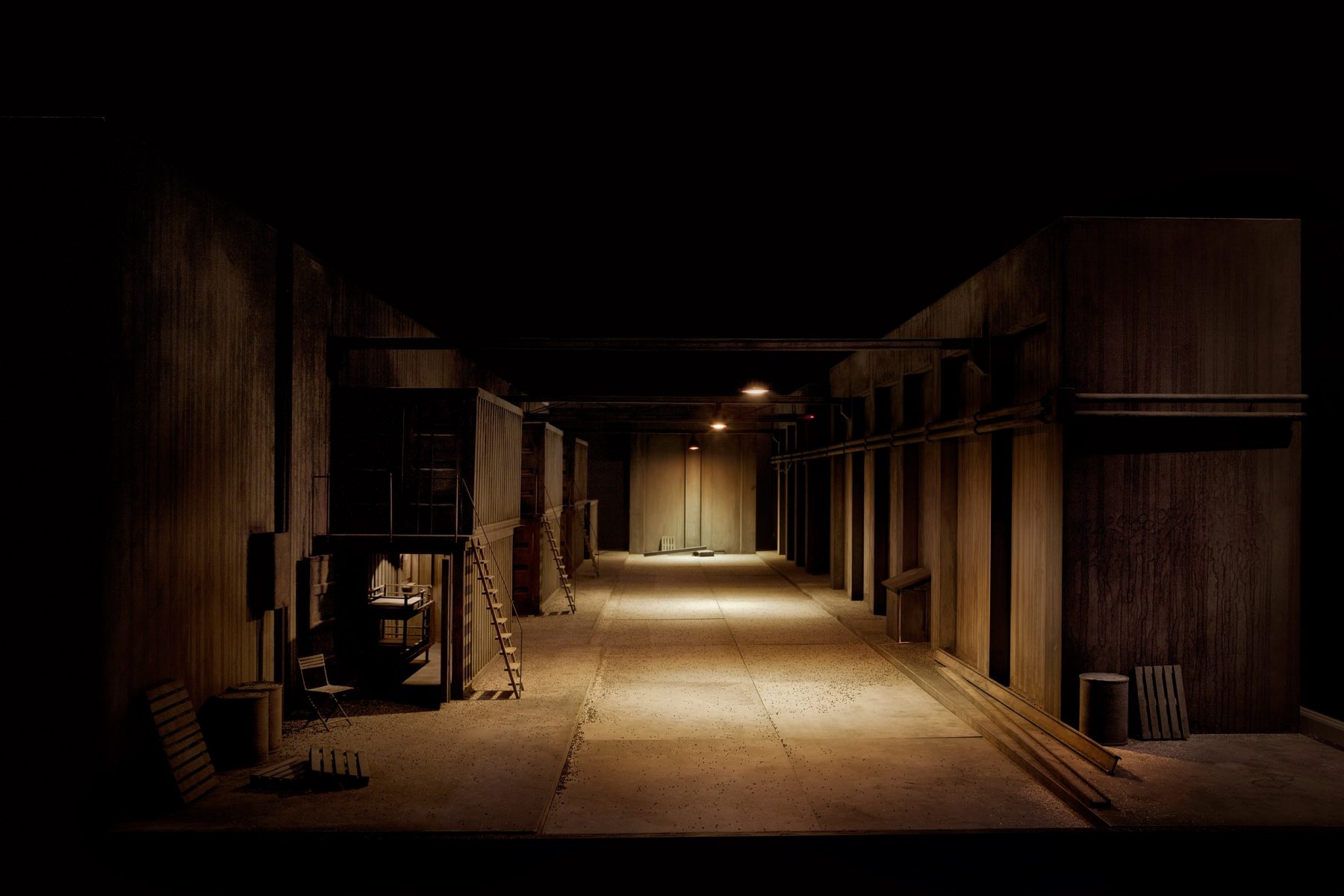 Sea of Tranquillity (The Sculptures) Series of sculptures, 2010.

The medium-length film 'Sea of Tranquillity' is a combination of live video recordings of actors and digitally-generated 3D environments in which the viewer makes a night-time visit to a mysterious, mythical cruise liner, the 'Sea of Tranquillity'.
This fictitious cruise liner has been designed by Hans Op de Beeck, following a short residence at Saint-Nazaire in France in 2008, during which the artist became intrigued by the remarkable Second World War story and postwar reconstruction of this harbour town, whose shipyards produce the worlds largest cruise liners. It seemed to the artist that the Queen Mary 2, then just completed, was, like the Burj Khalifa in Dubai (the highest building in the world), a suitable metaphor for our belief in spurious values and in such concepts as work, leisure time and luxury consumerism. We nowadays use such categories as the highest, the first and the biggest, but what do these terms say about the actual quality of things?
The central jazz song is composed by Hans Op de Beeck; additional music has been composed by Sam Vloemans.

Sea of Tranquillity (The Paintings)

Tim White-Sobieski: Alright, Hans, let's pretend for a second we do not have these 15+ years of burden and experience in film production; let's pretend we …