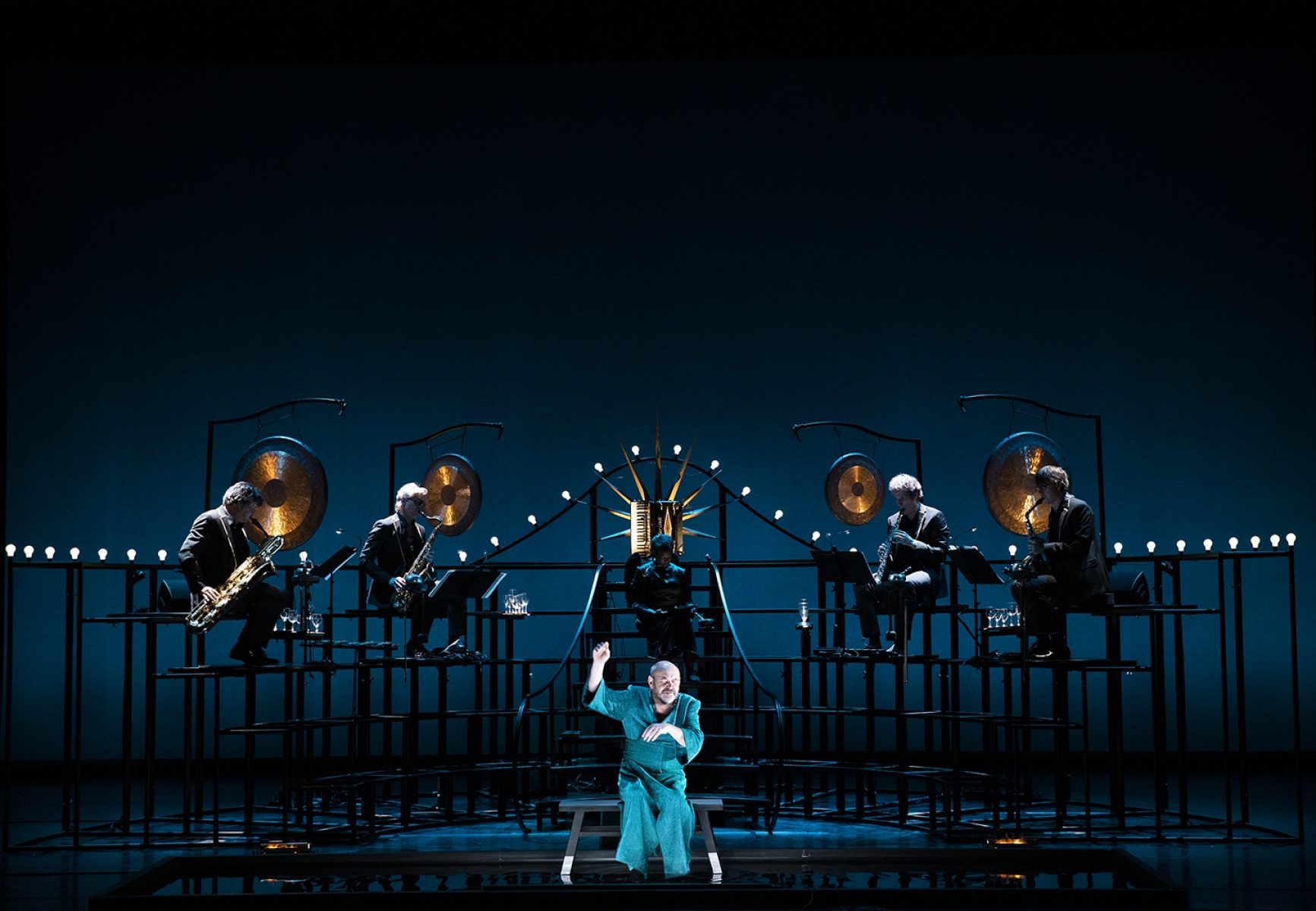 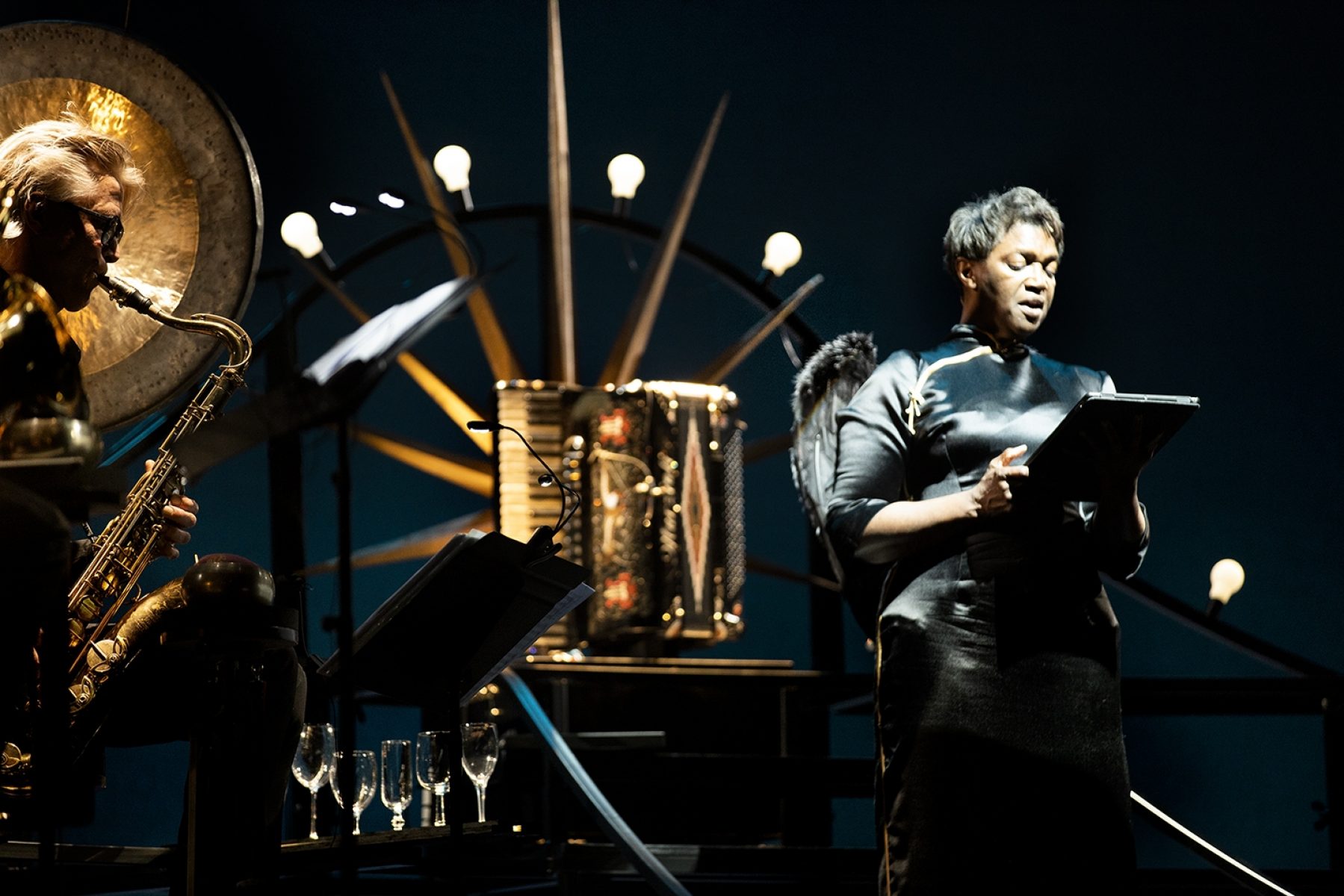 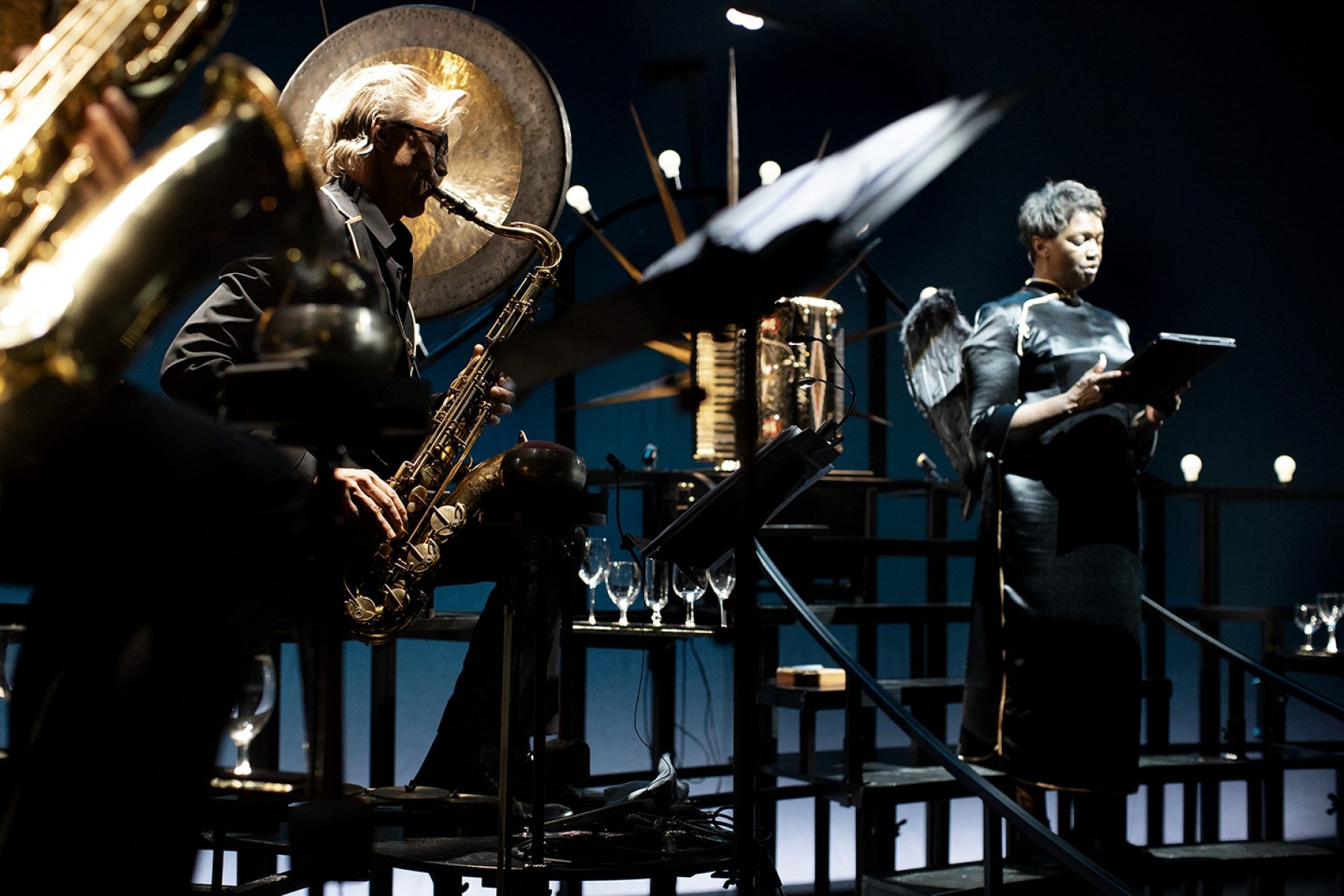 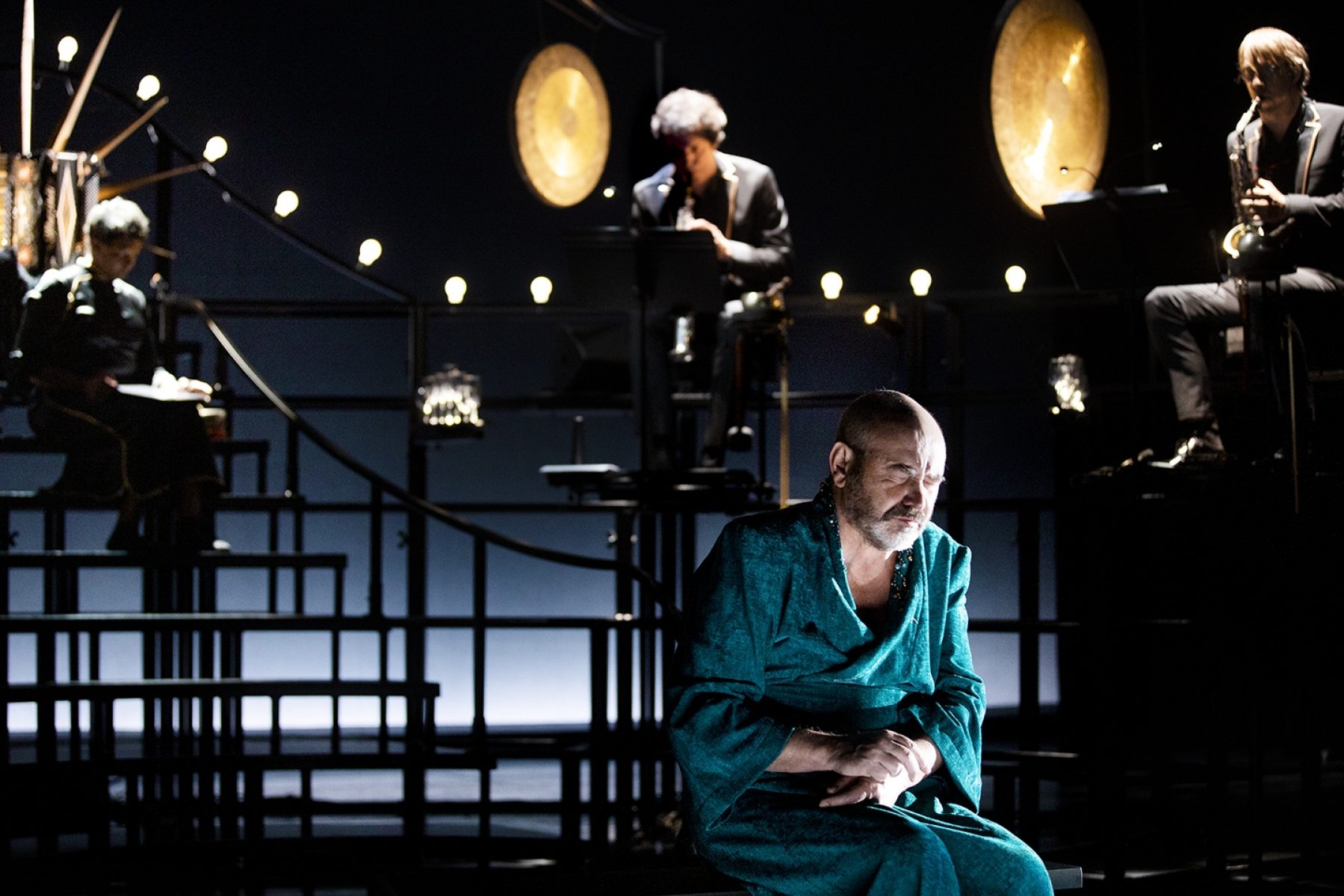 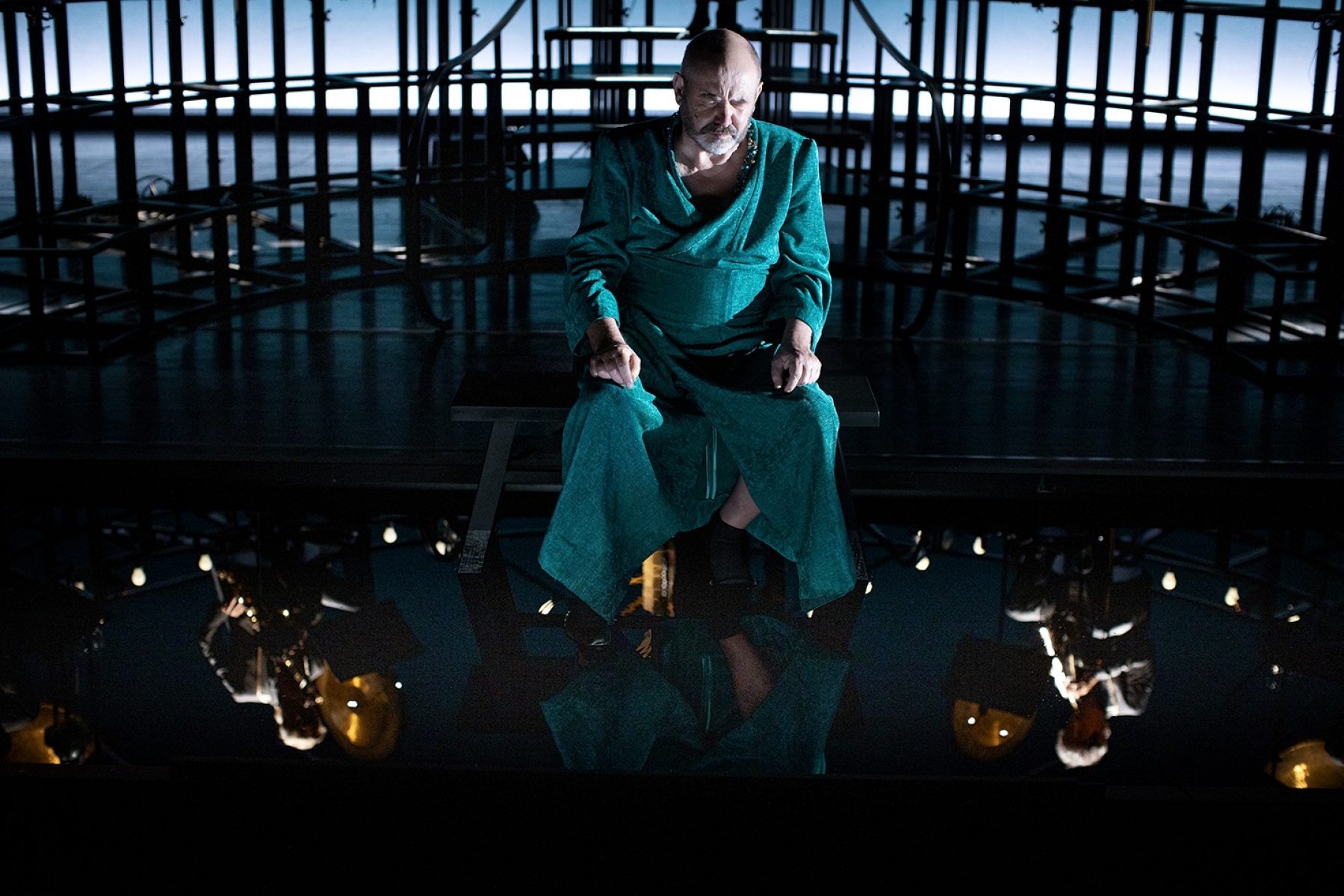 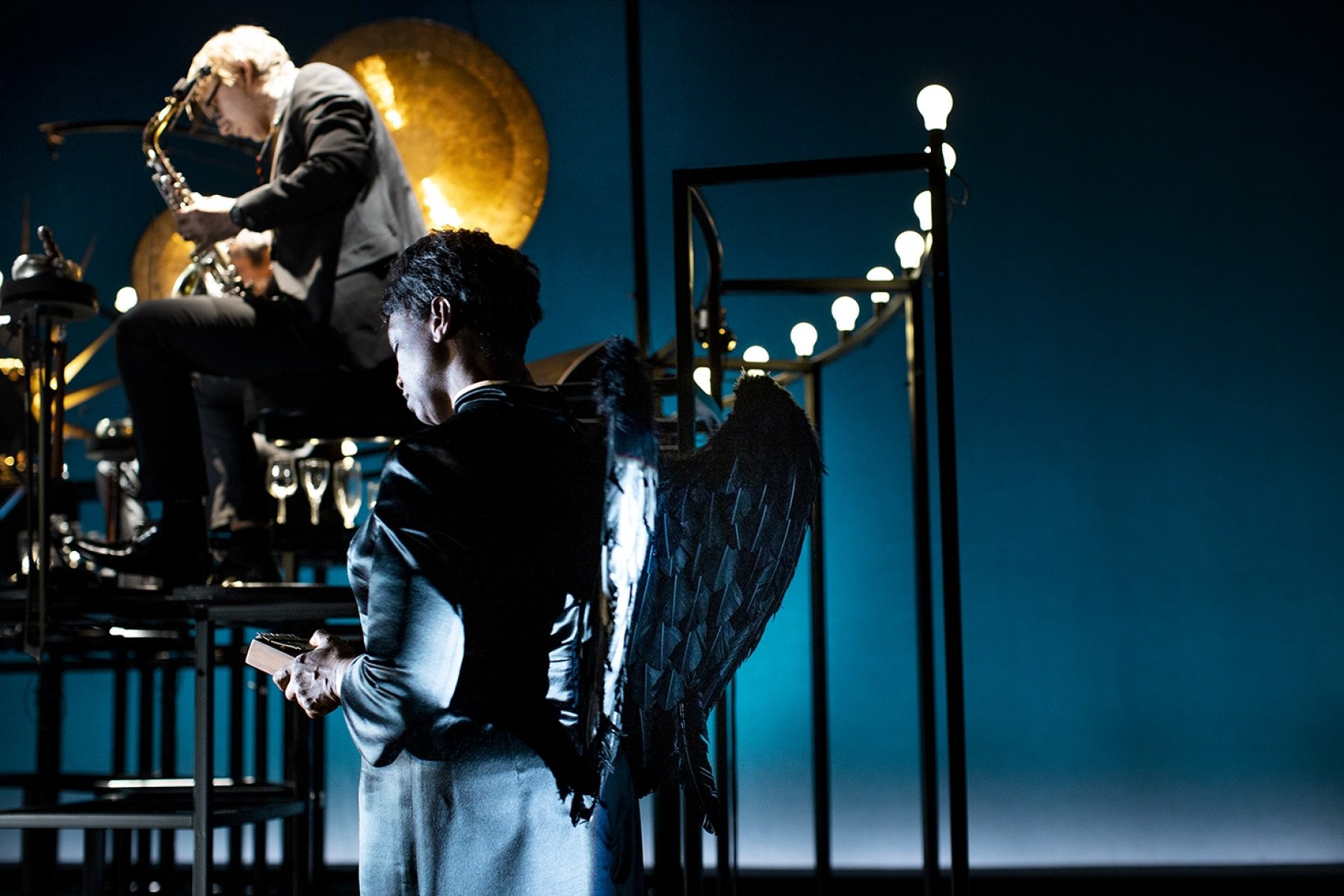 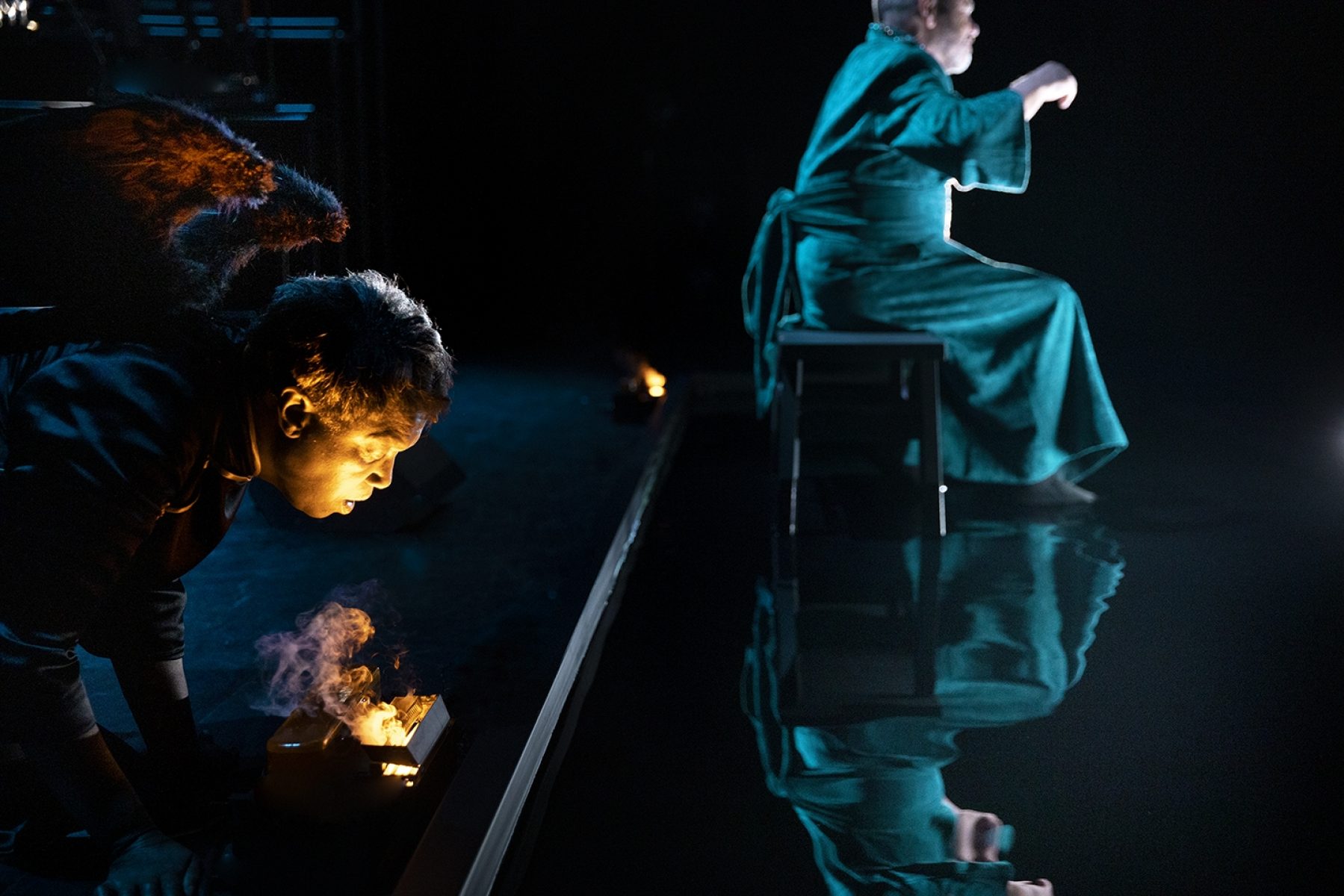 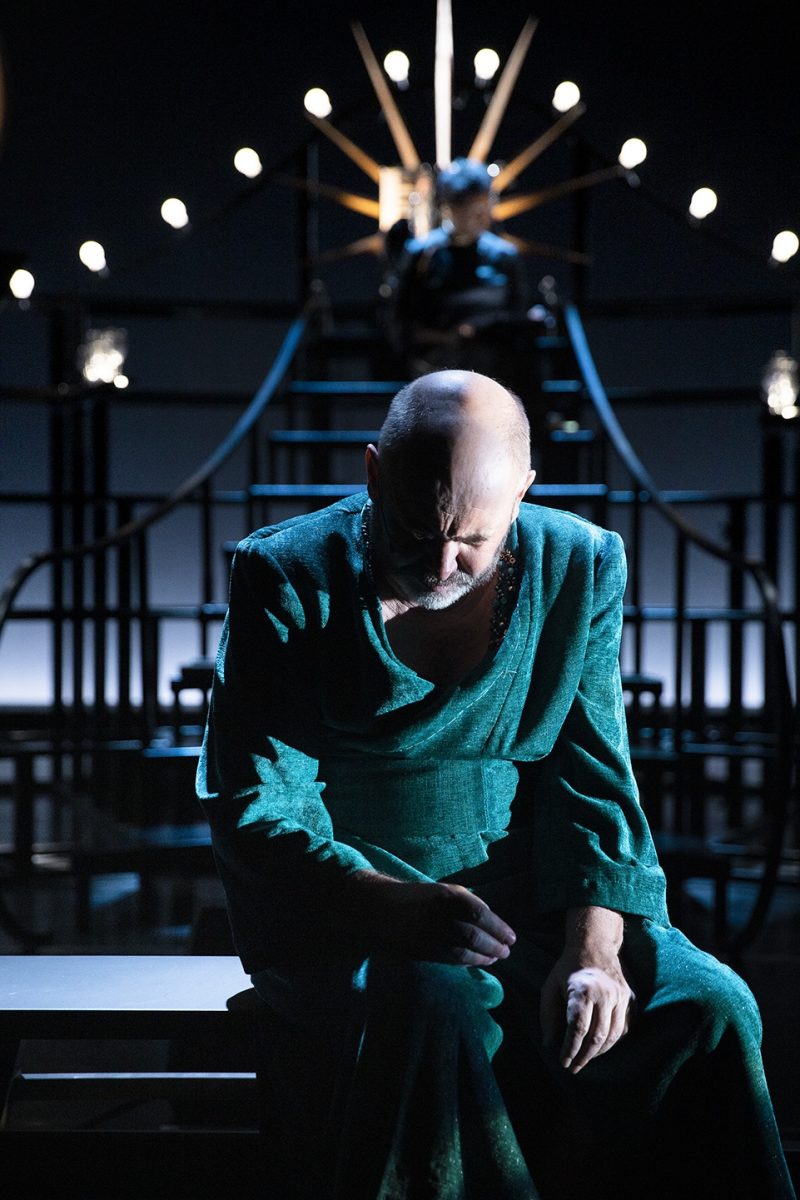 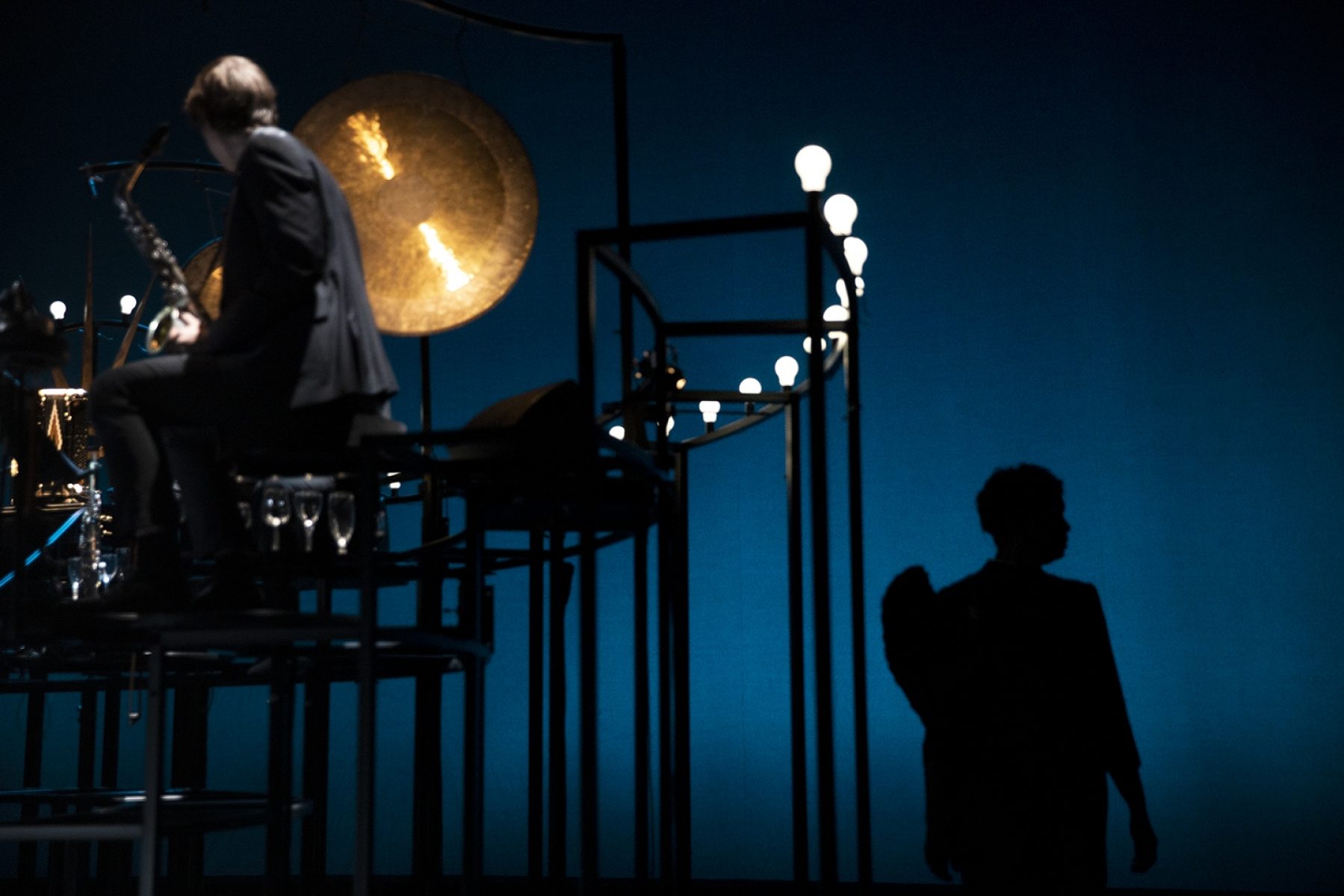 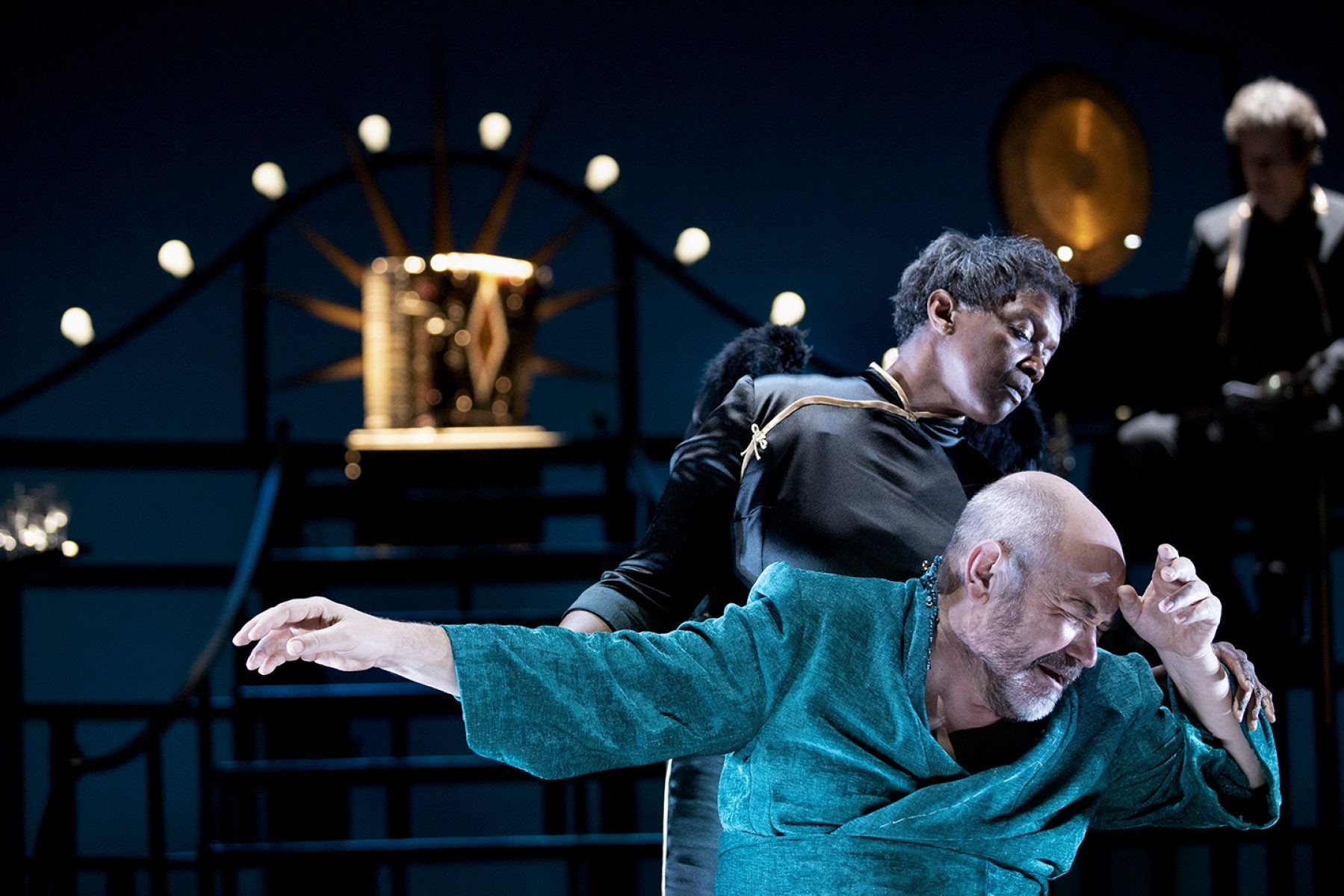 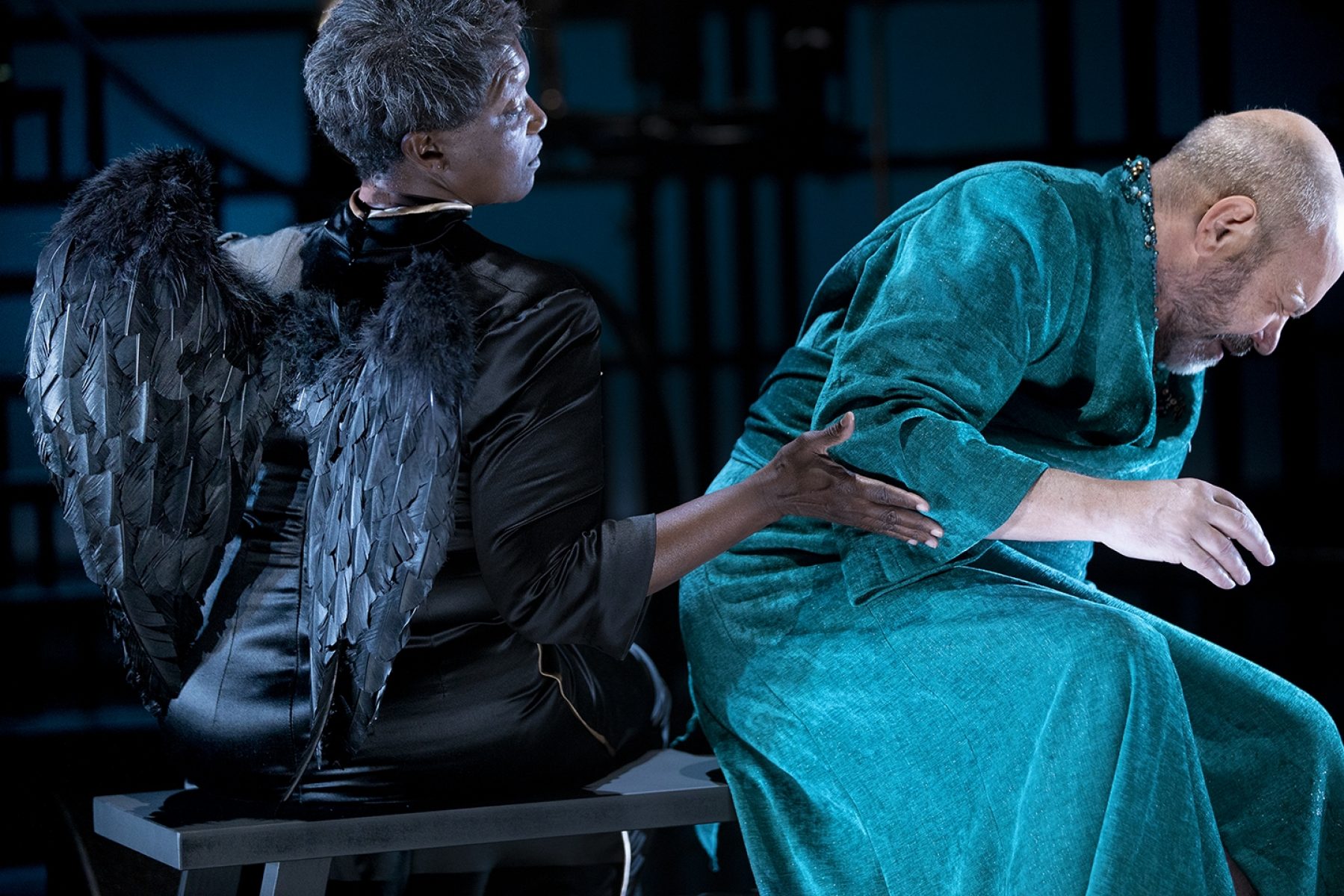 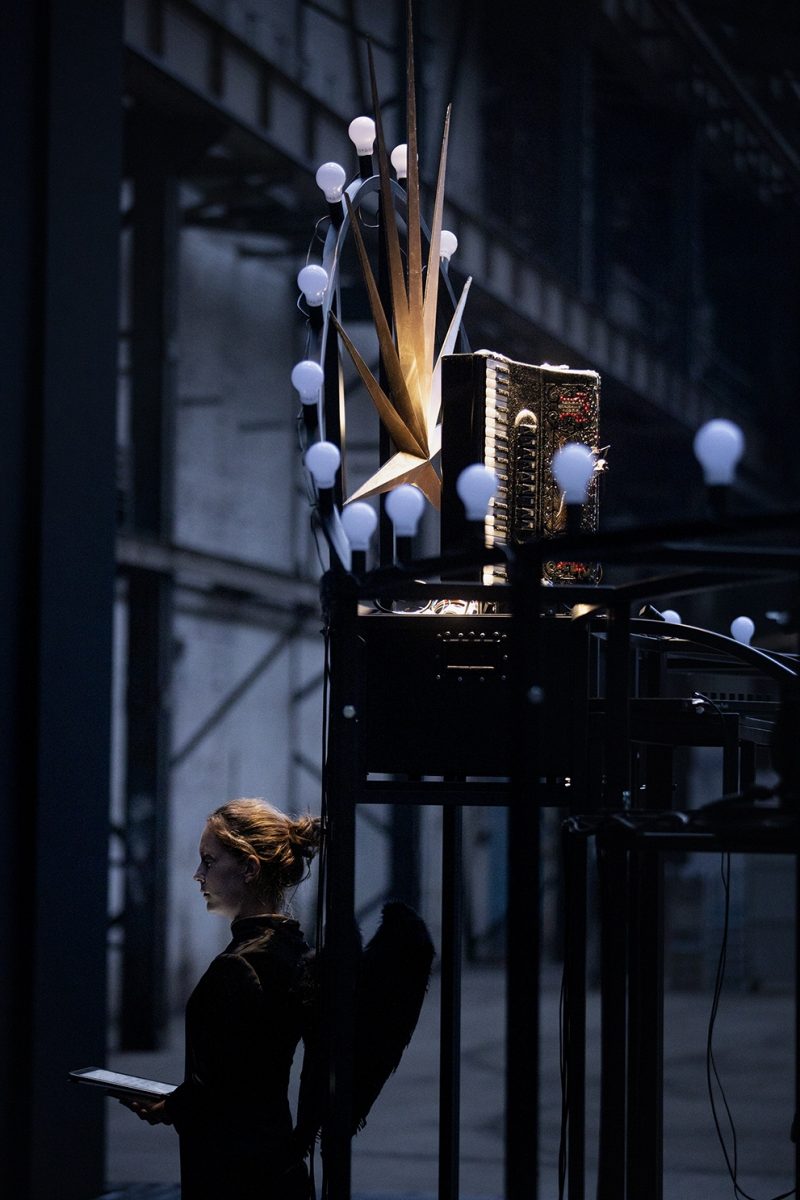 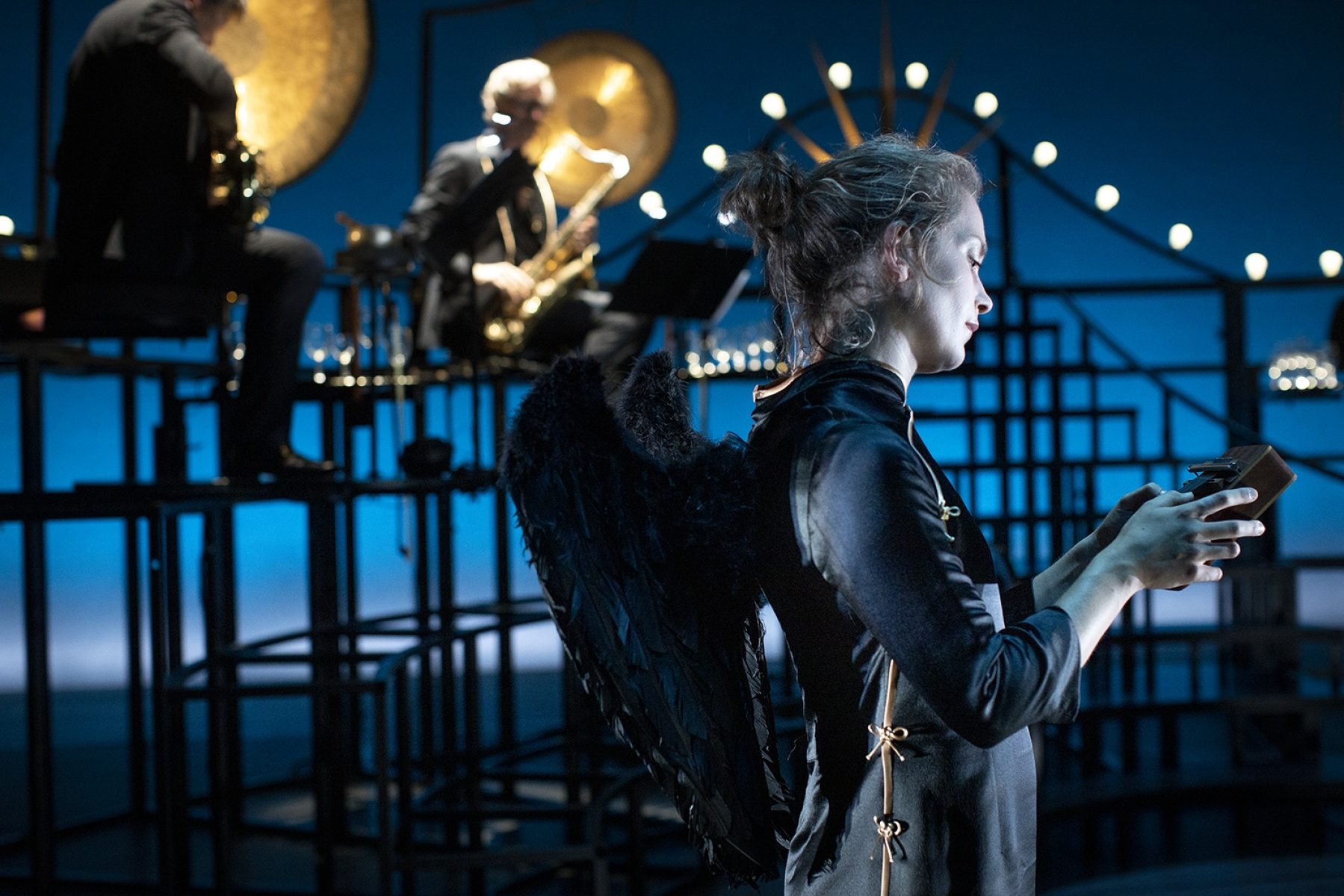 A man is standing in the middle of a small arena. He tells us his incredible life-story. He is surrounded by musicians who underpin, colour and comment on his tragic narrative. Amongst them is a mysterious woman. Is she a guardian angel, his conscience, his supposedly lost daughter?
The soprano Claron McFadden (in alternation with Lore Binon) and actor Dirk Roofthooft are flanked by the BL!NDMAN saxophone quartet in this partly narrated, partly sung story that is musically inspired by the 15th-century Missa Gaudeamus by Josquin des Prez.
For this production, the artist Hans Op de Beeck and composer Eric Sleichim are collaborating for the first time.
The valley (an apocalypse) deals with the daily banality of violence and how grand cataclysmic events are played out on the most intimate and personal level.
Credits
Concept - Eric Sleichim and Hans Op de Beeck
Text, stage direction, set and costumes - Hans Op de Beeck
Composition and musical direction - Eric Sleichim
Vocals - Claron McFadden or Lore Binon
Actor - Dirk Roofthooft
BL!NDMAN [sax] - Koen Maes, Pieter Pellens, Piet Rebel, Raf Minten
Story
Op de Beeck describes the story of The valley (an apocalypse) as the account given by a man making a journey. He arrives in an almost deserted valley where a society is living through its last days and where Eros and Thanatos – love and death – go hand in hand.
Whereas in his earlier plays Op de Beeck’s language was quite concise, for The valley he opts for extensive descriptions and plenty of adjectives. The result of this stylistic choice is that it can be experienced as a landscape that passes in front of the leading character’s eyes with a mesmerising rhythm.
Although some unusual and sometimes even horrific events take place, the narrative remains recognisably familiar, larded with everyday actions and observations. Op de Beeck is interested in the daily banality in which love and violence can occur, without wishing to pass any judgement. This is above all a play about disengagement, about a man who experiences a difference between body and mind, between his emotions and his actions. The leading character is amazed that his body does things as if he himself were not involved. Very occasionally feeling and action do coincide, but they soon go their separate ways again.