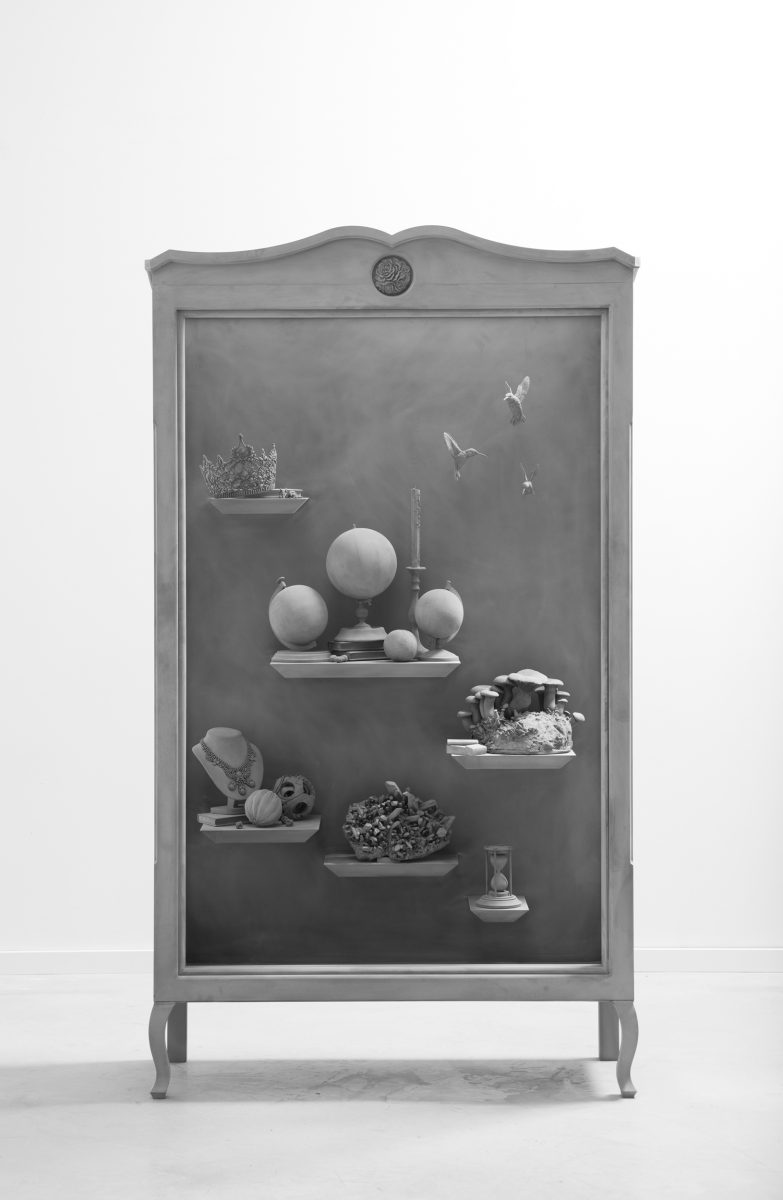 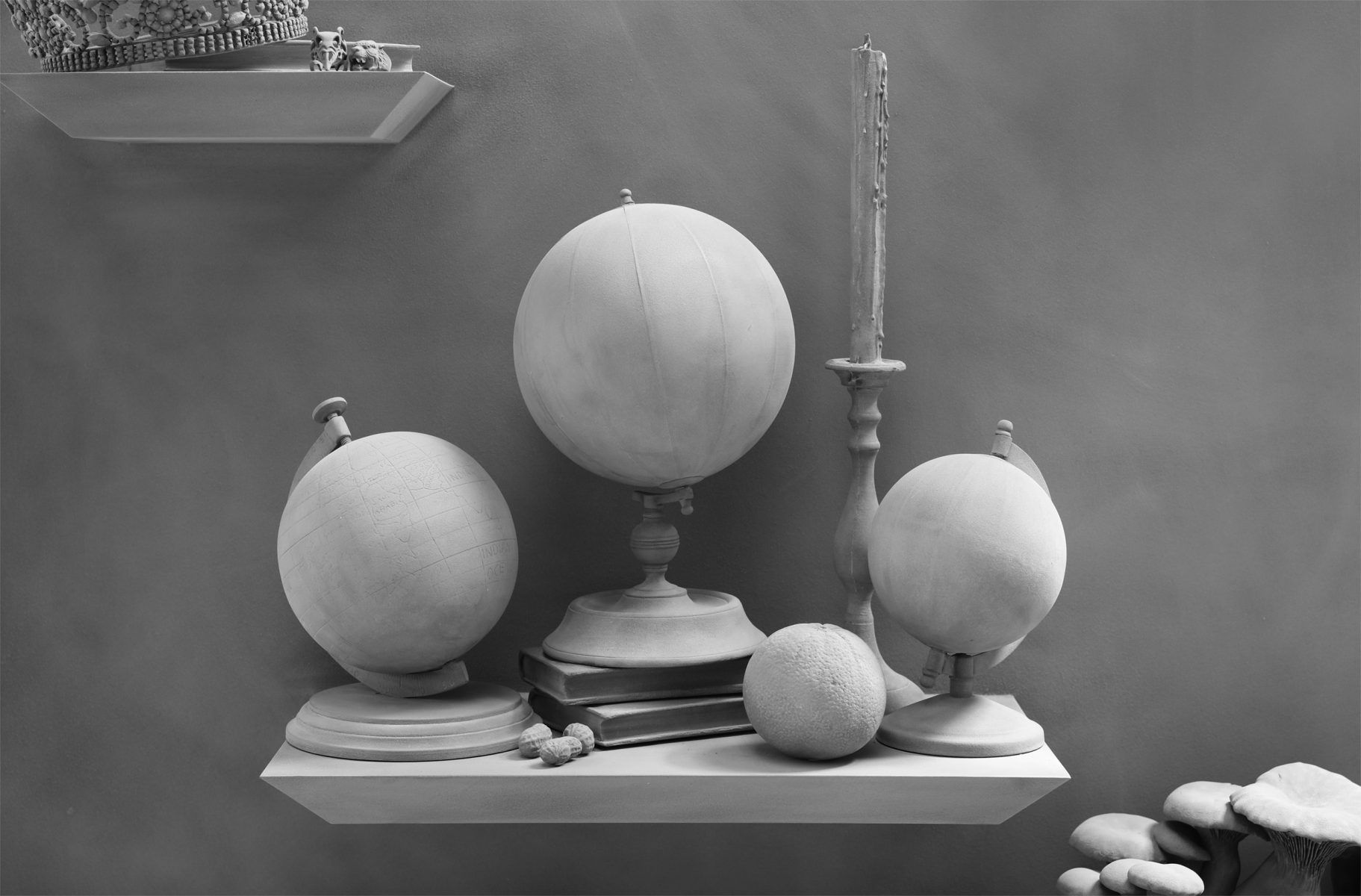 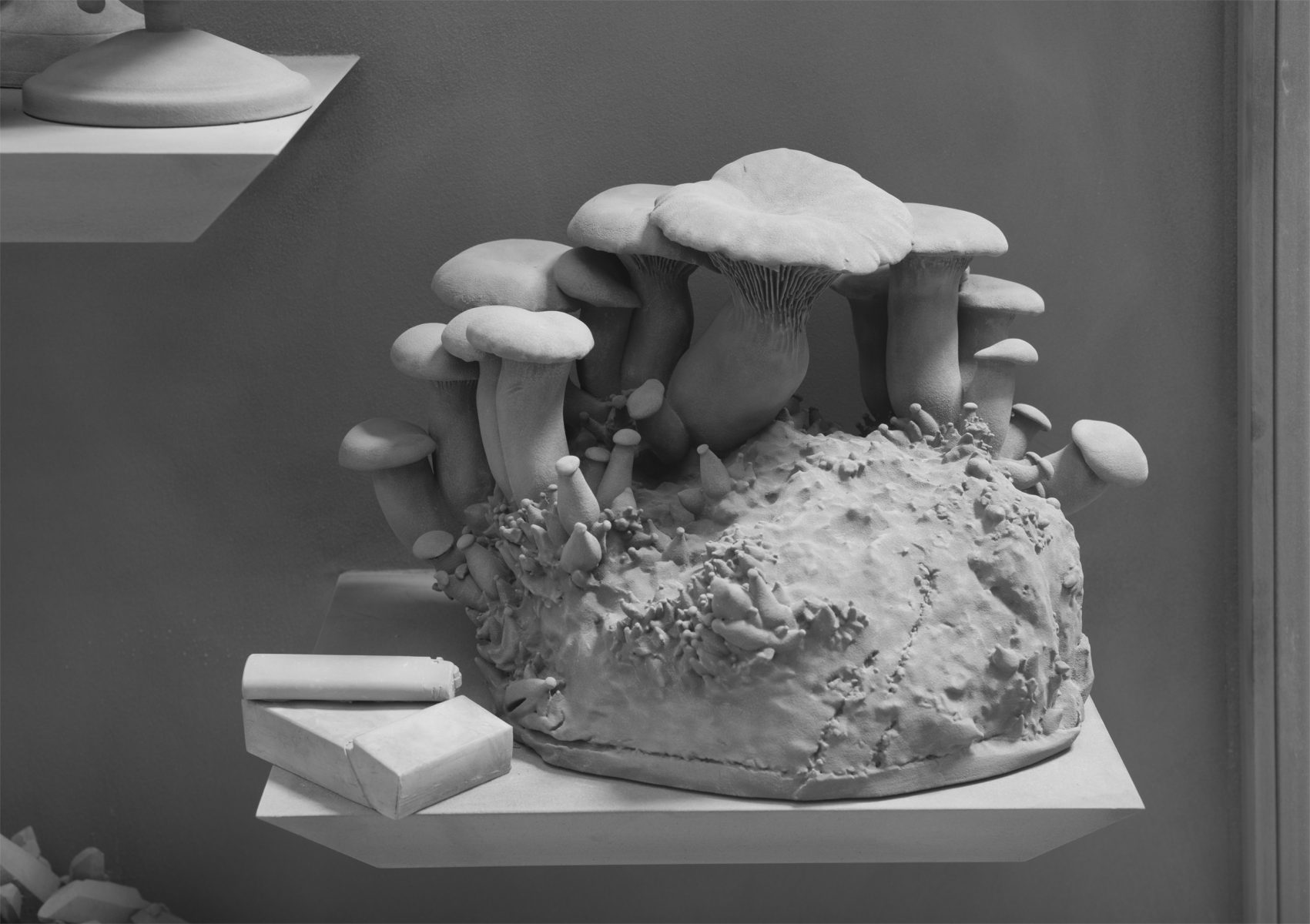 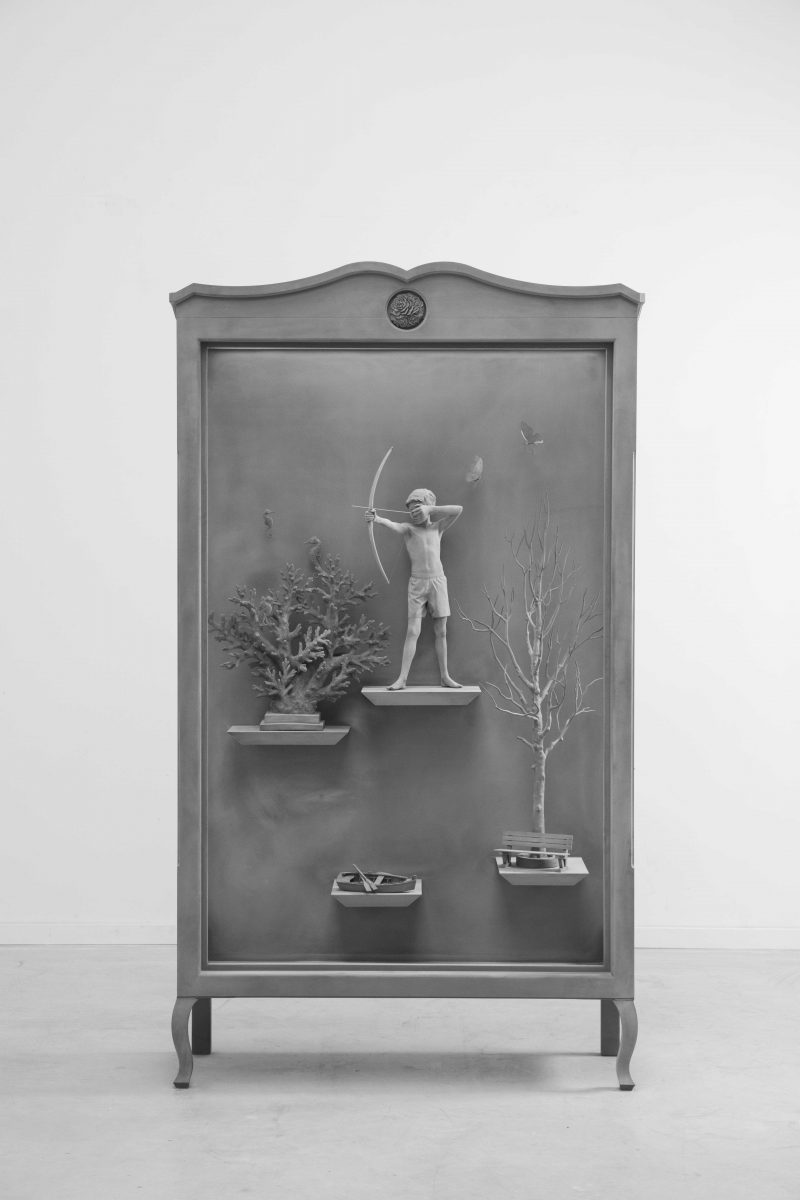 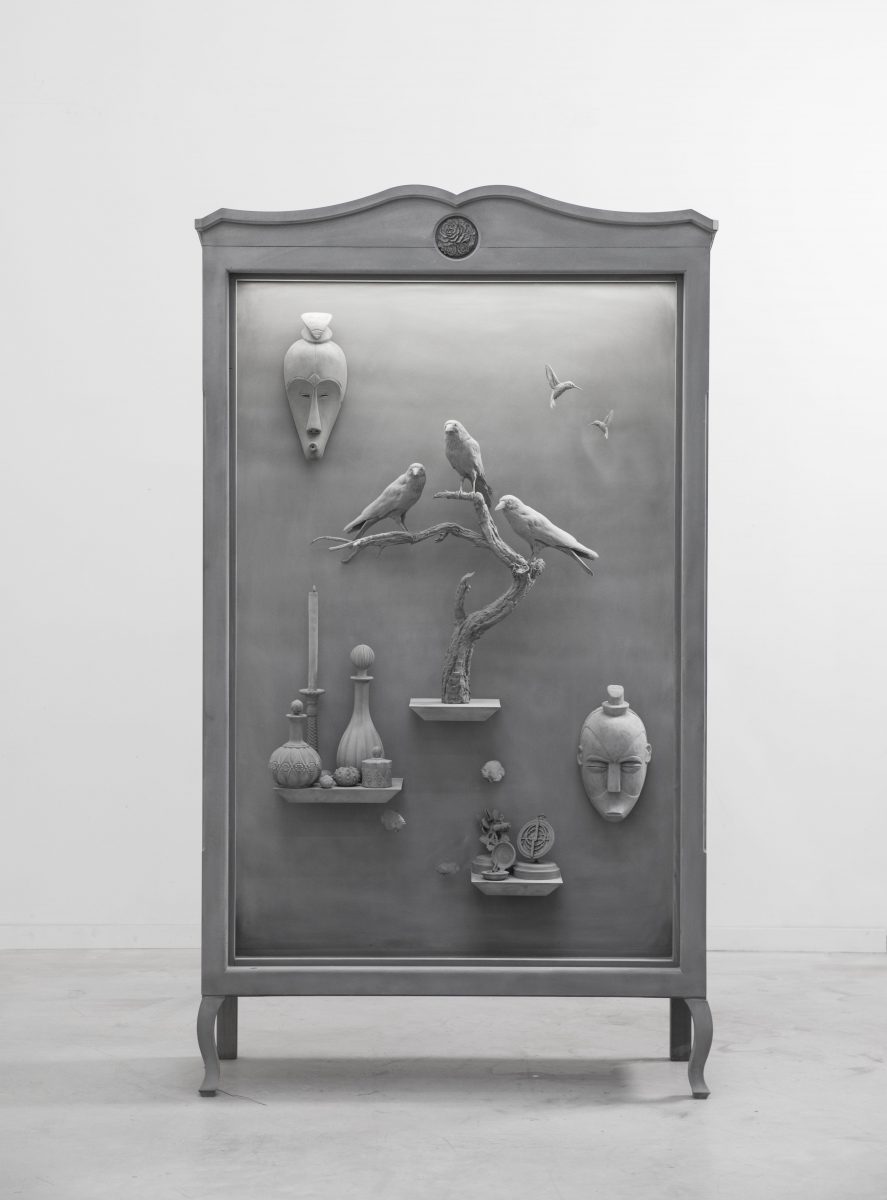 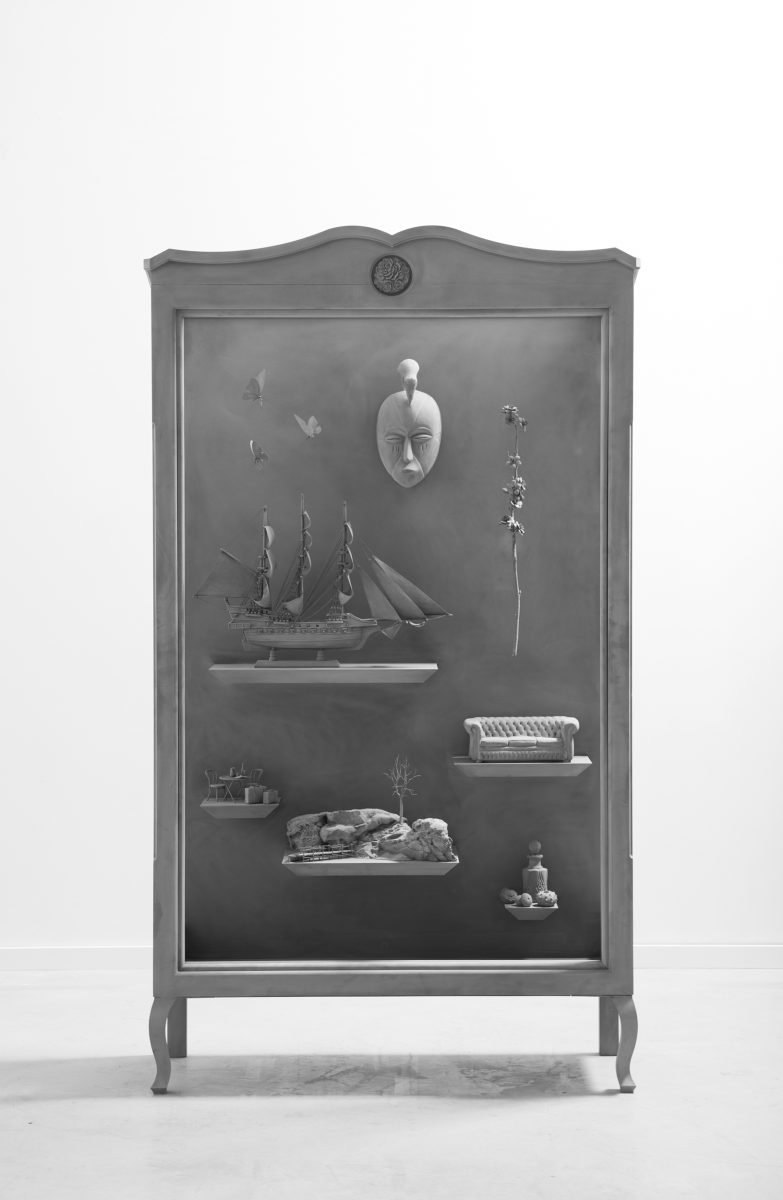 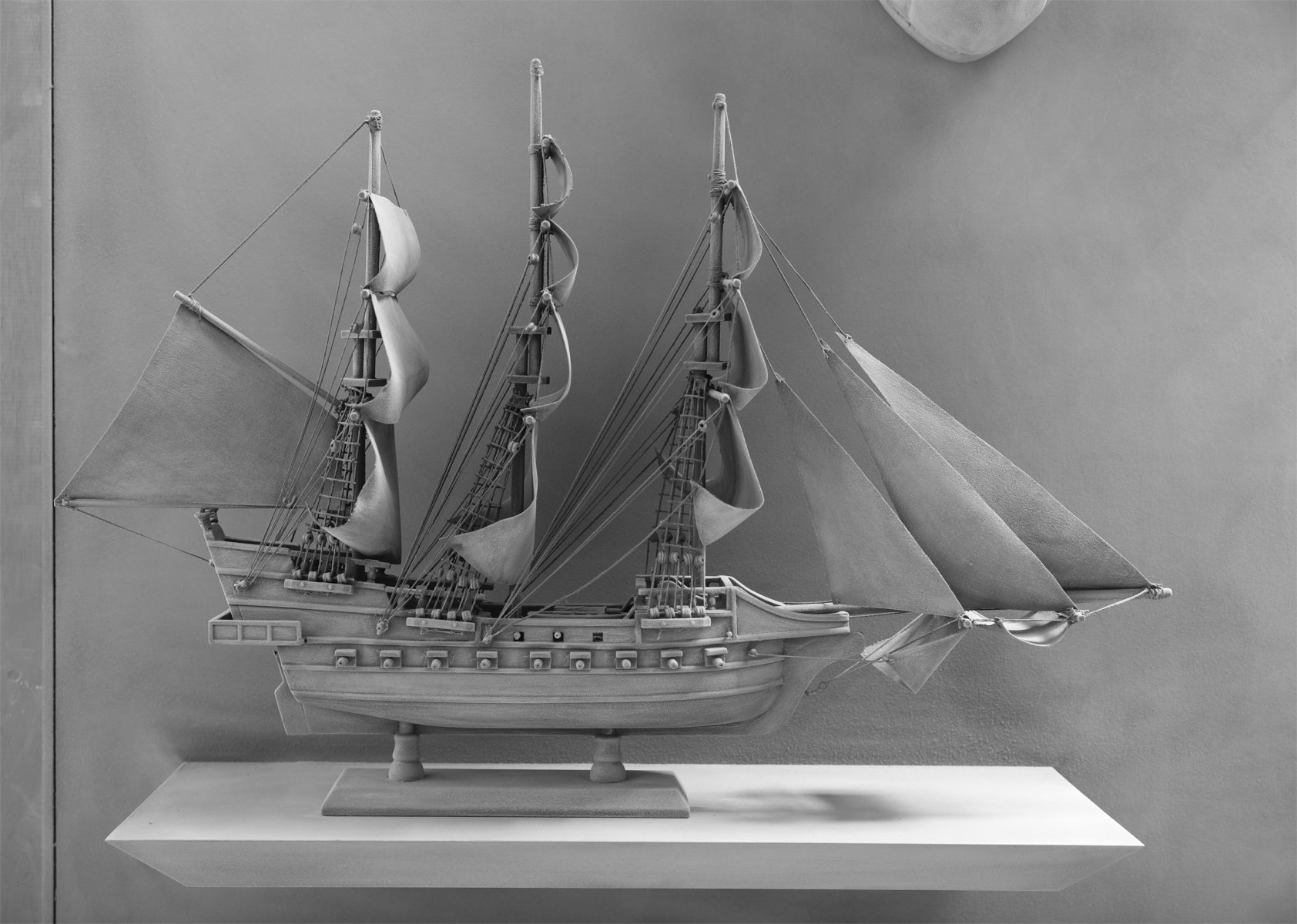 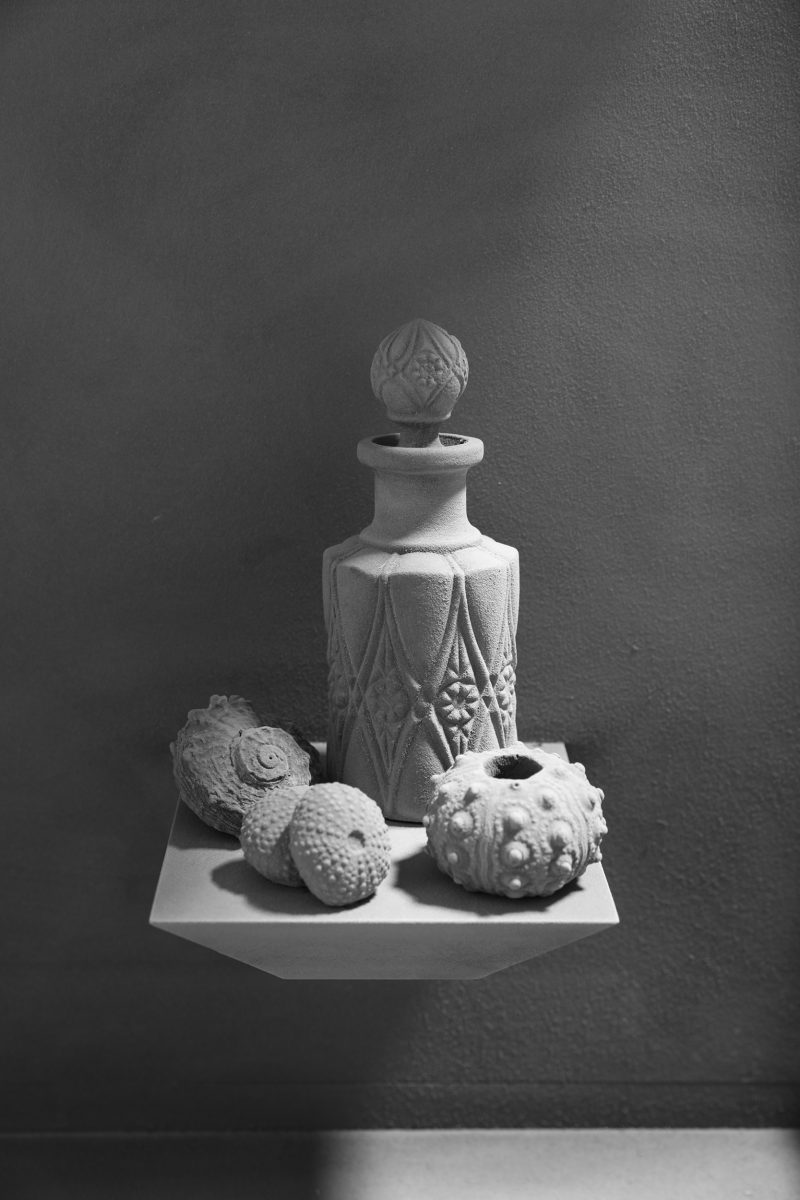 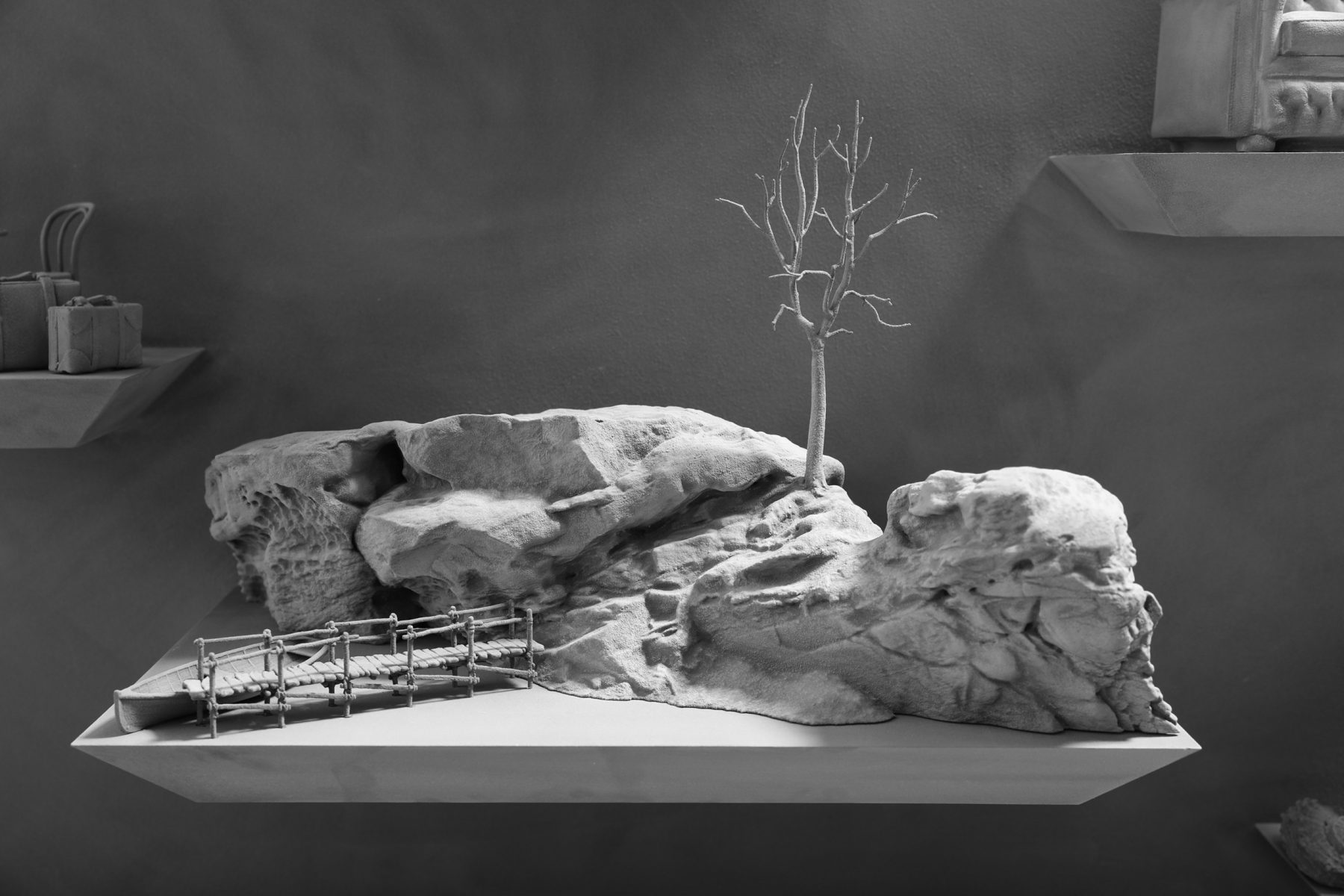 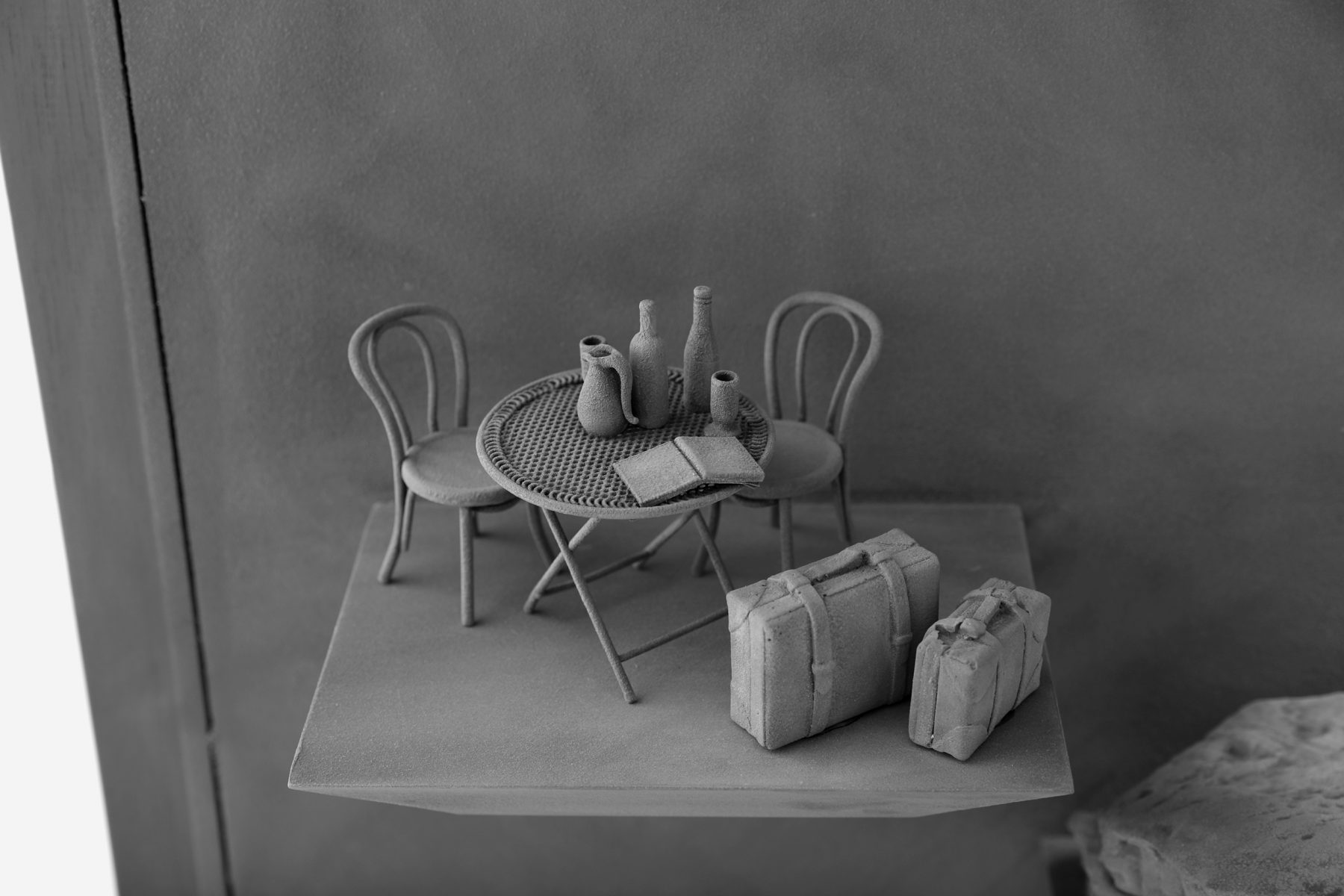 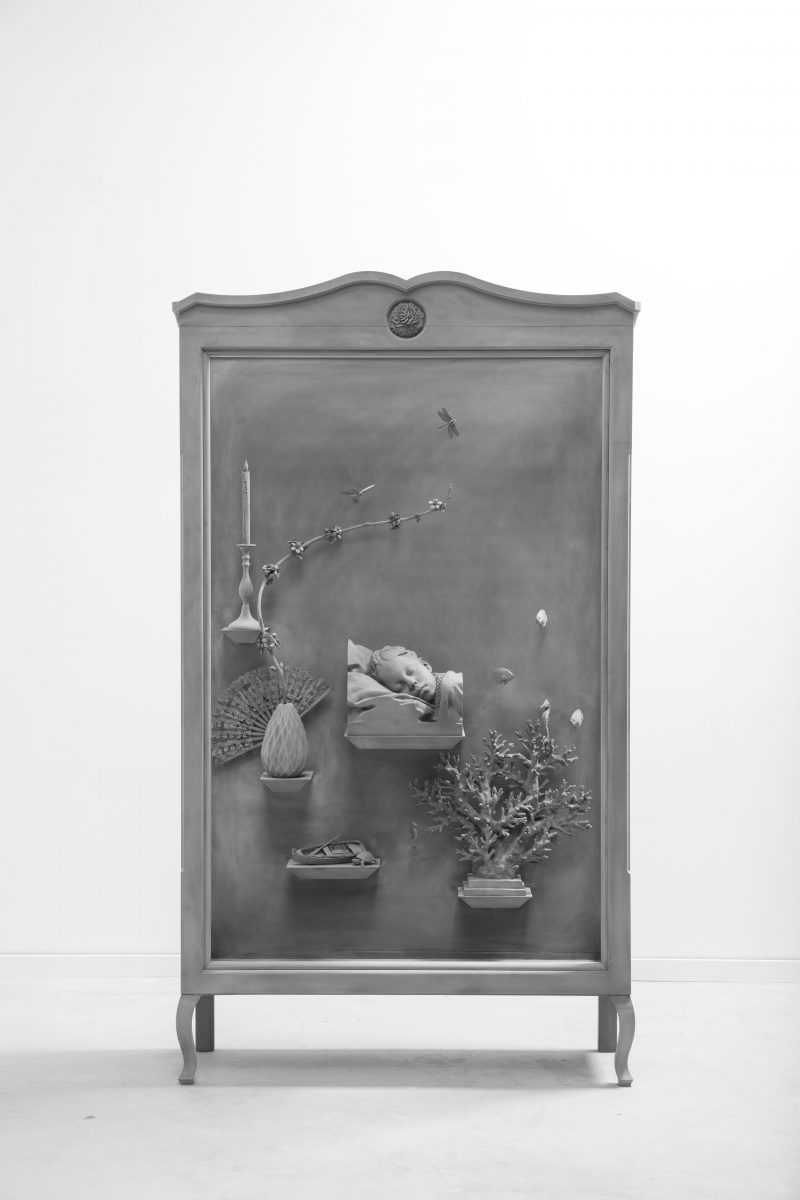 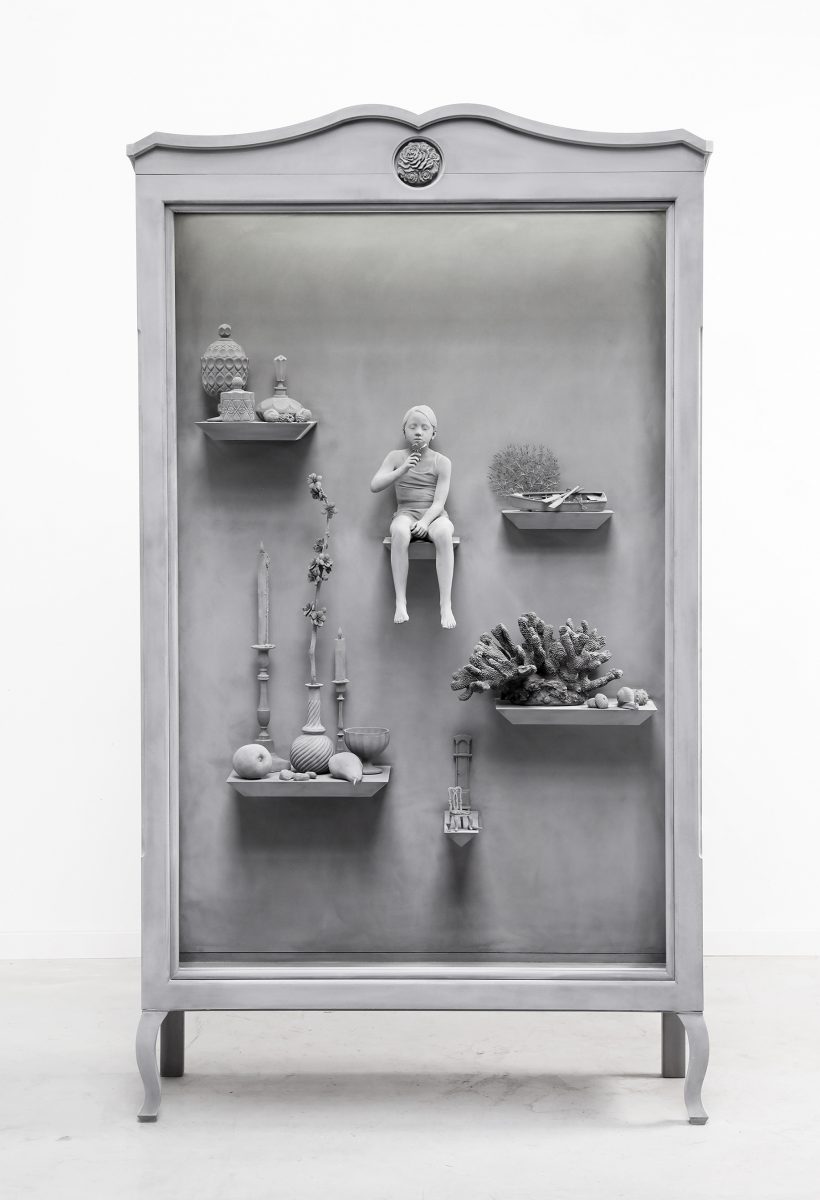 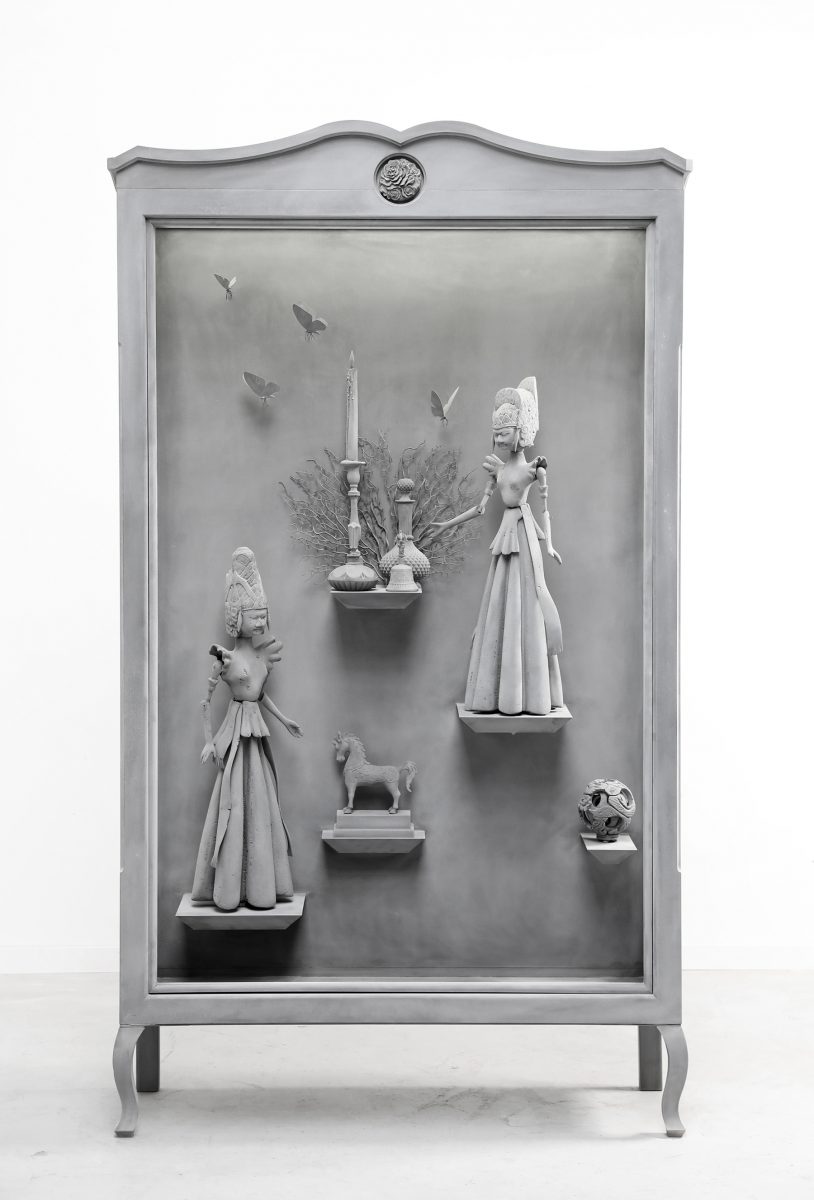 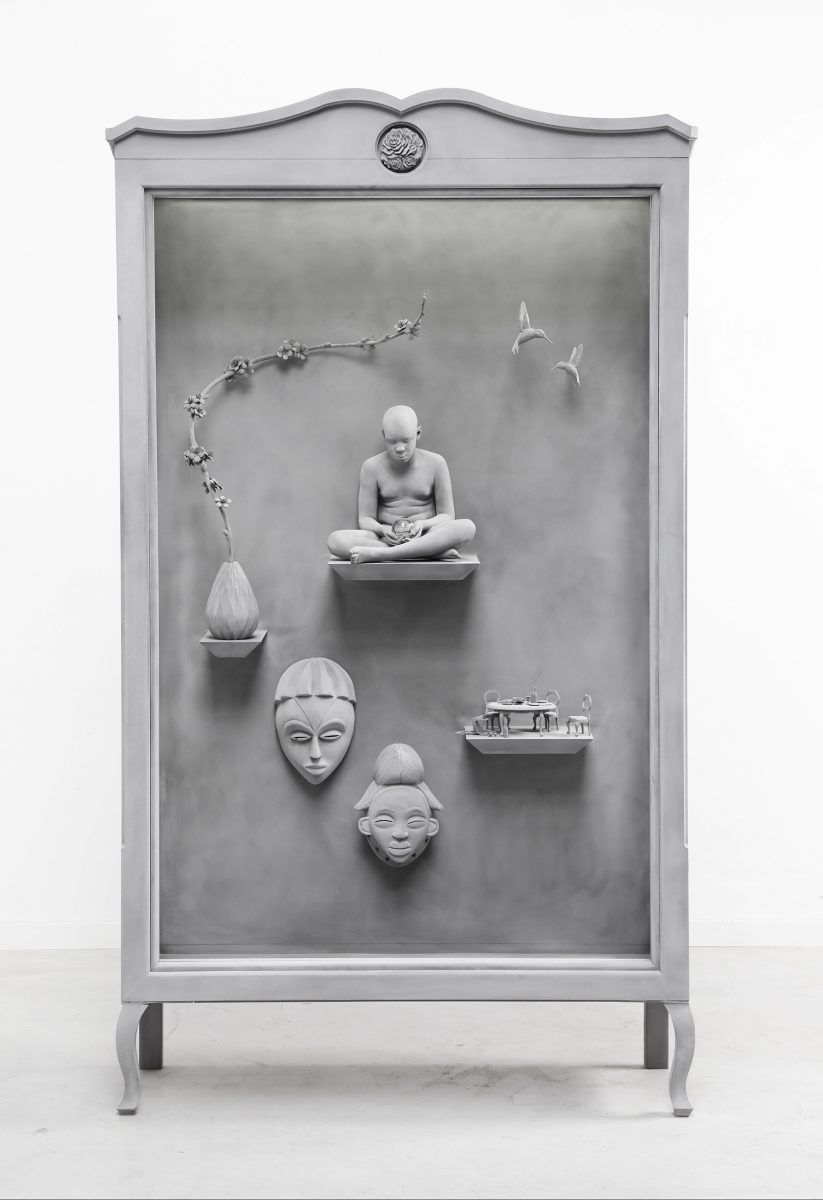 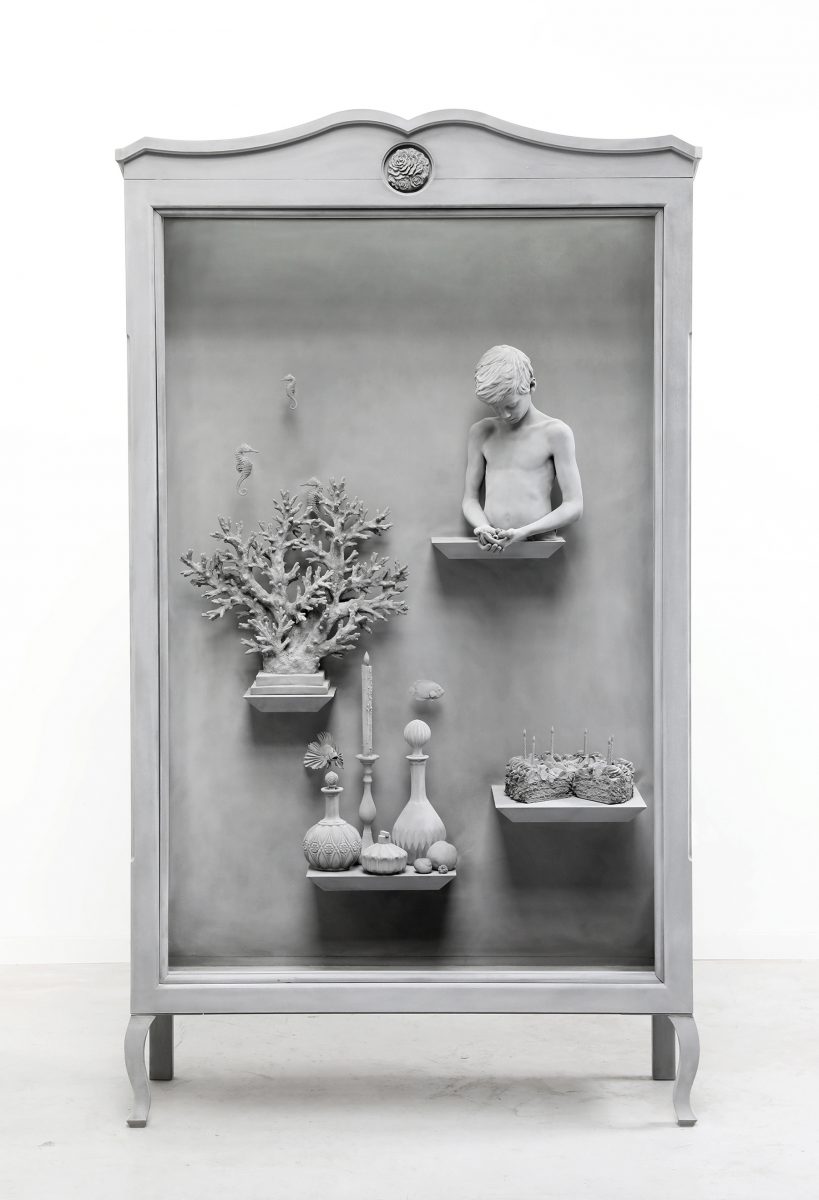 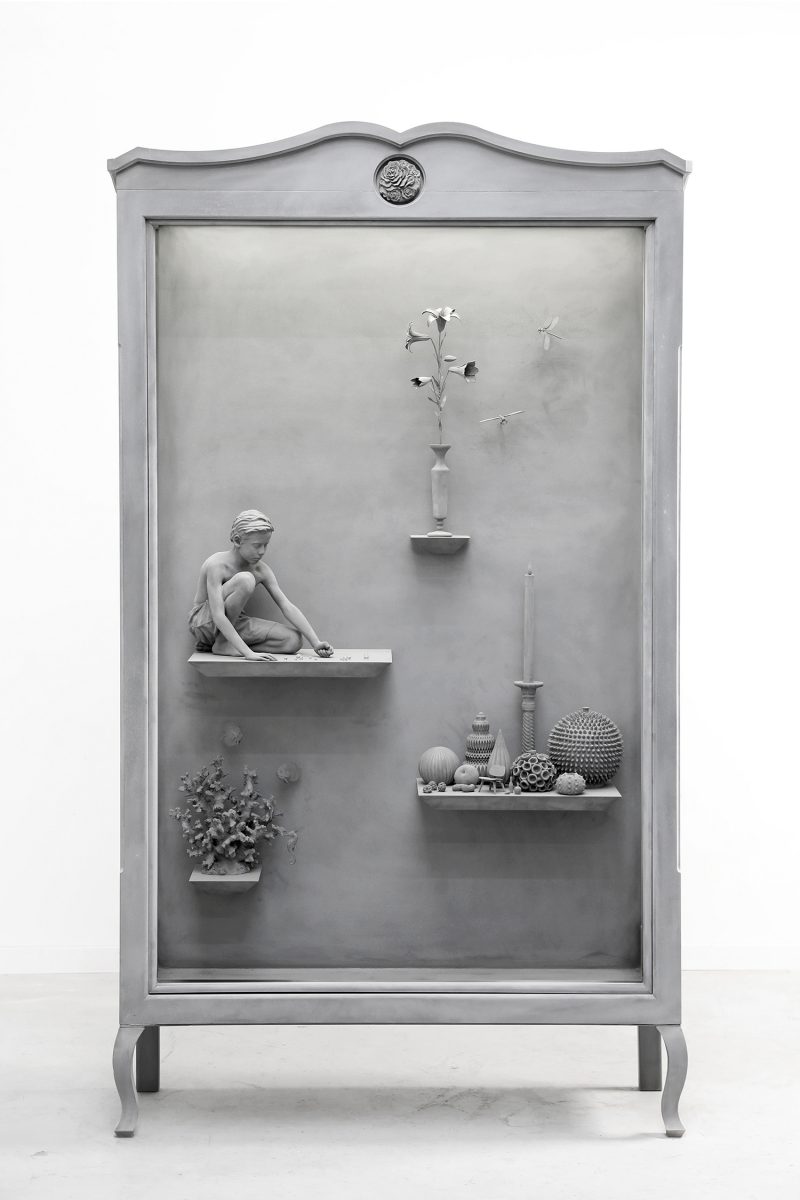 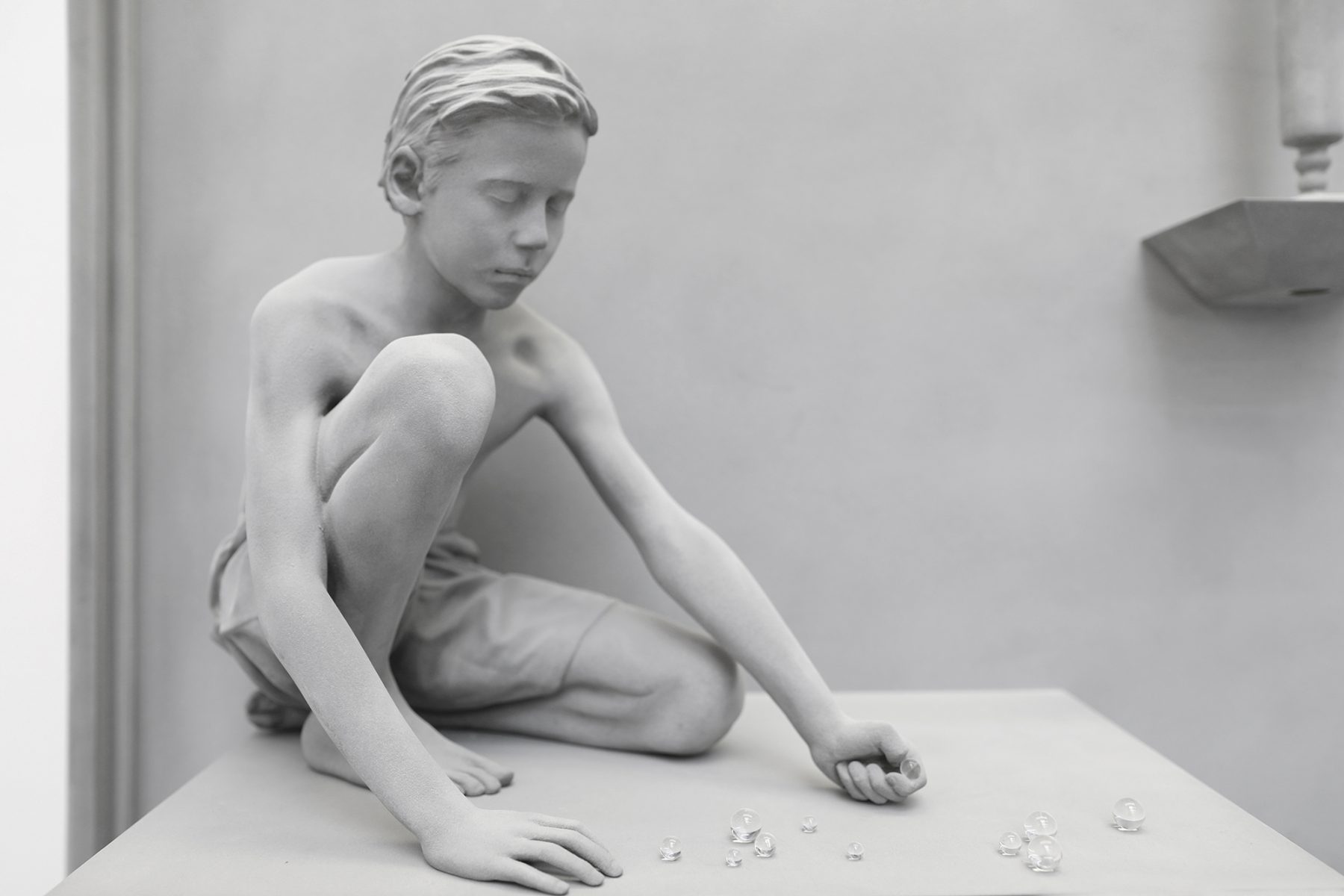 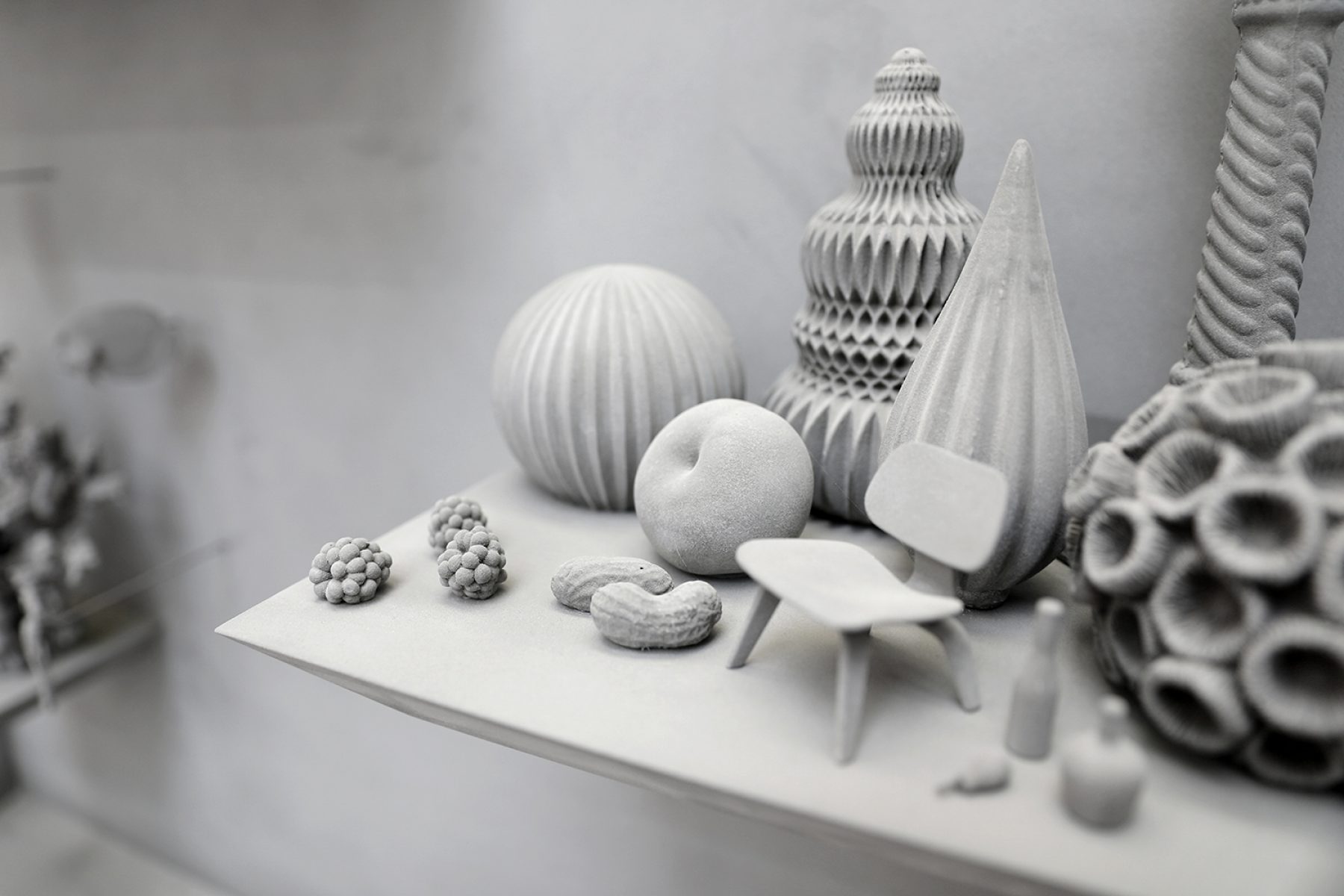 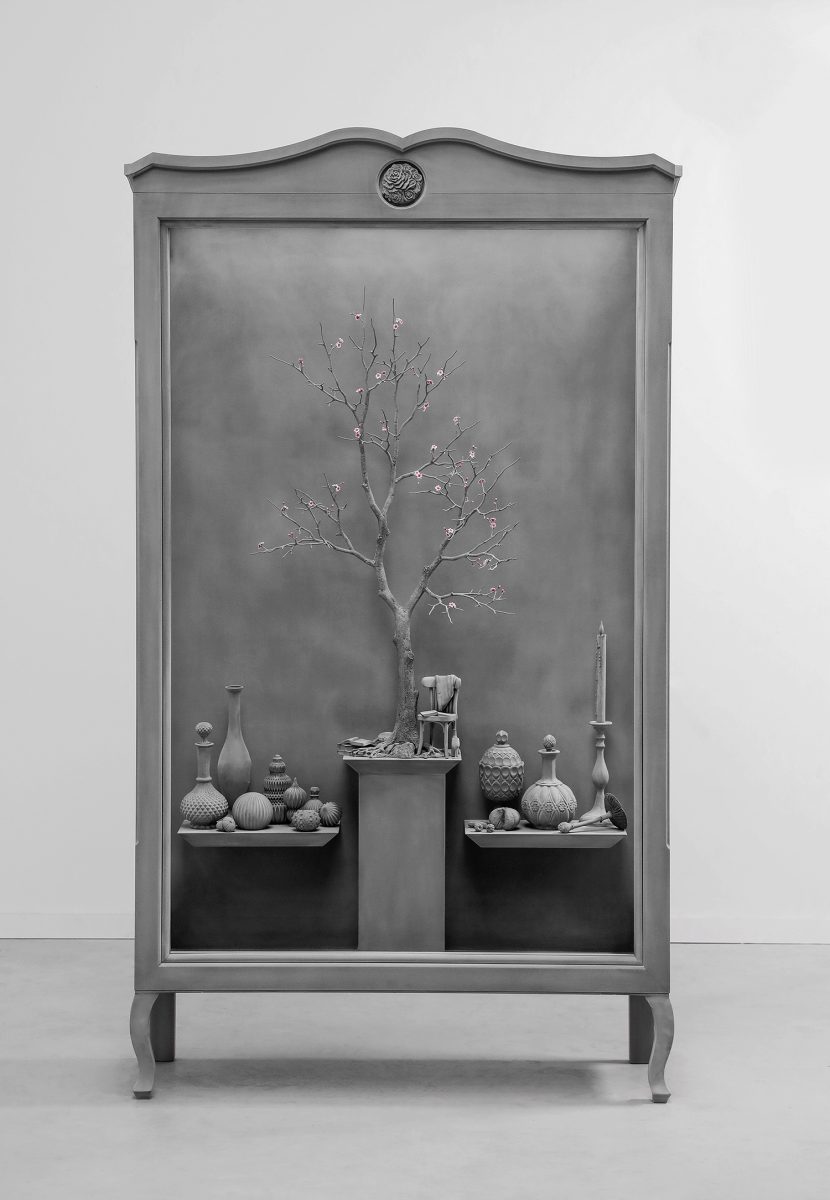 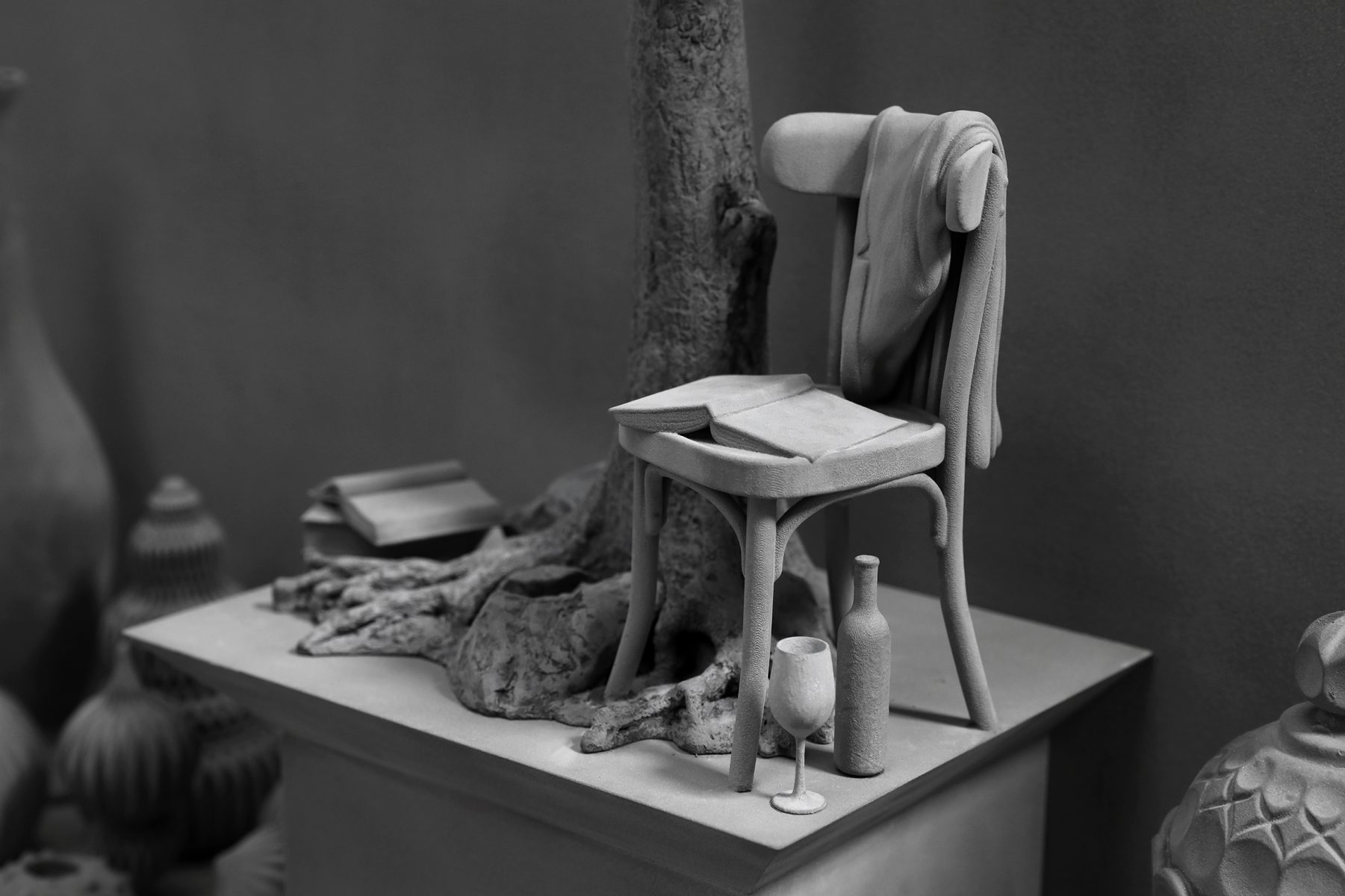 These works refer to the practice of early collections from the Renaissance onwards which gathered what was deemed most precious and rare in so-called Cabinets of Curiosity. Although ostensibly associated with learning, they were susceptible to mystical, rather than to scientific interpretation. These enclosures are thus credited with the development of display, exemplifying the triumph of the image and heralding the arrival of the world as a picture.
The artist’s glass-fronted sculptured vitrines combine, for example, stems of coral, seashells and other petrified marine fauna with figures of children, a miniature rowing boat, candelabra, fruit, a tiny grandfather clock, crystal vessels and vases, seahorses, and a partly consumed birthday cake, as if hinting at a taxonomic cacophony where nothing quite fits into neat categories; by melding disciplines and objects that do not correspond, Op de Beeck invites the viewer to apply their own stratagems and devise readings of these objects of marvel.

The Boatman and Other Stories

In The Boatman and Other Stories, Belgian artist Hans Op de Beeck reflects on the fleeting stages of life through an evocative series of vignettes in uniform …

The Belgian artist’s Wunderkammer series of works are included in his latest show at Galerie Ron Mandos in Amsterdam, which sees the entire walls and floor of …