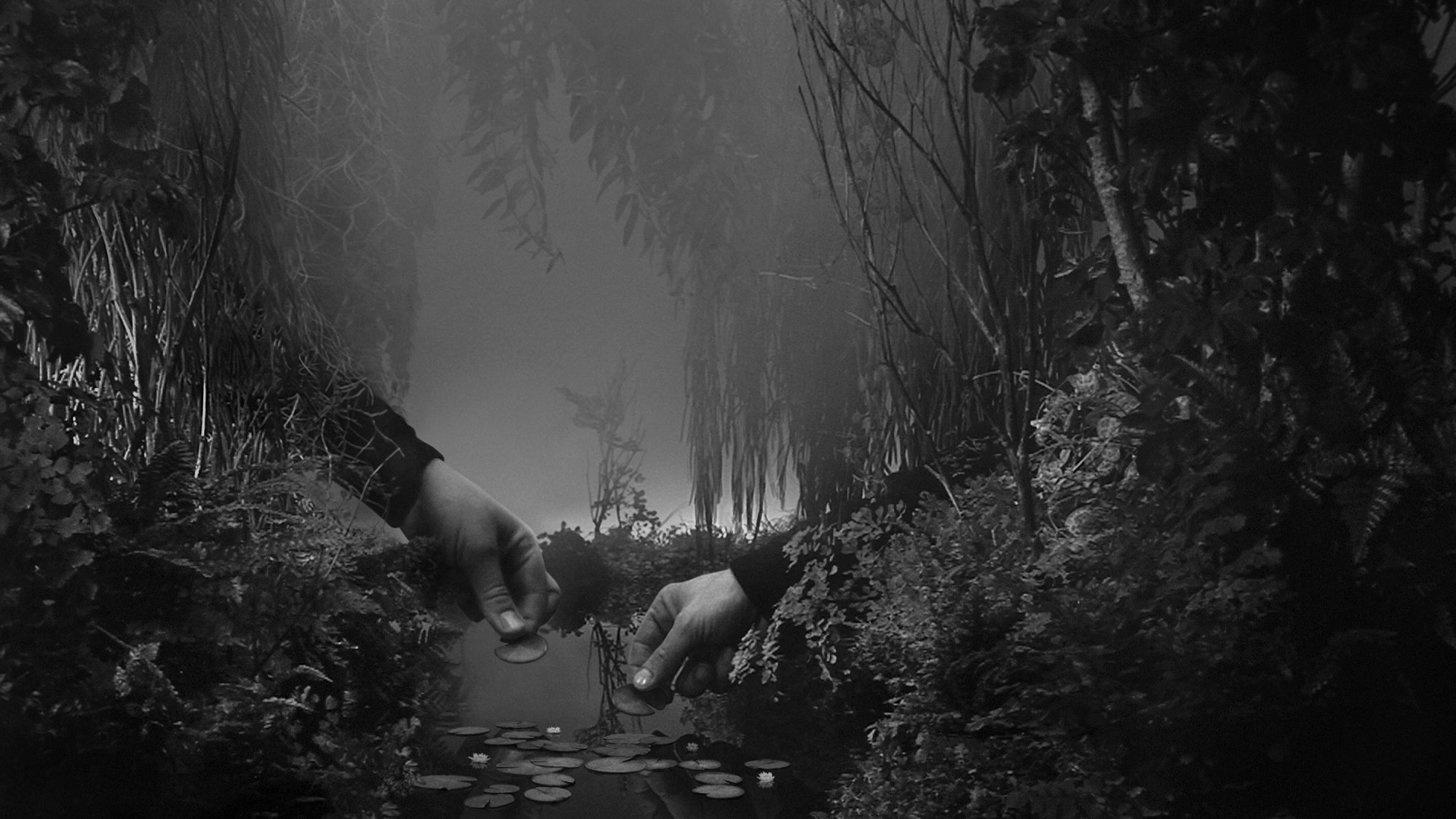 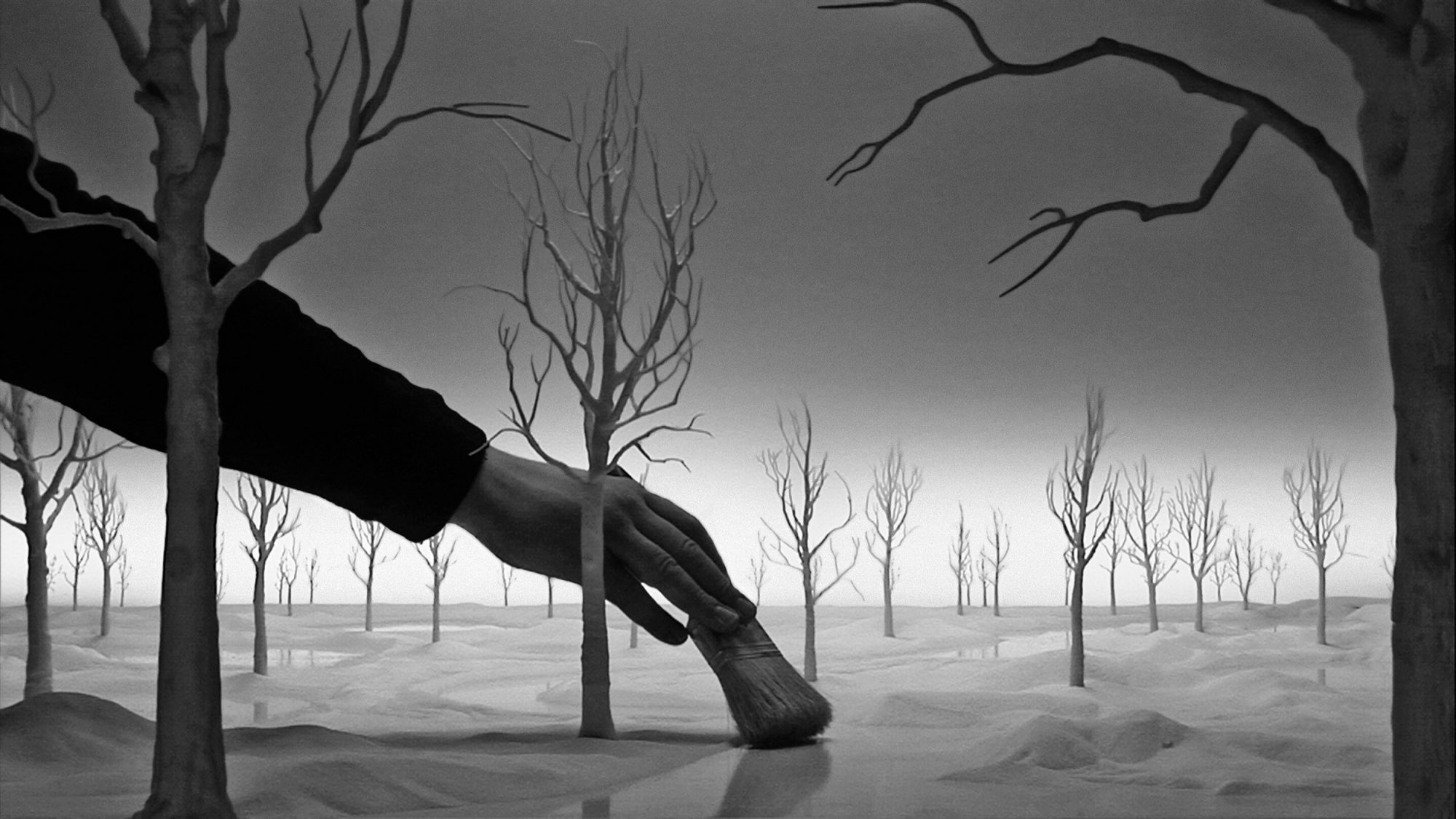 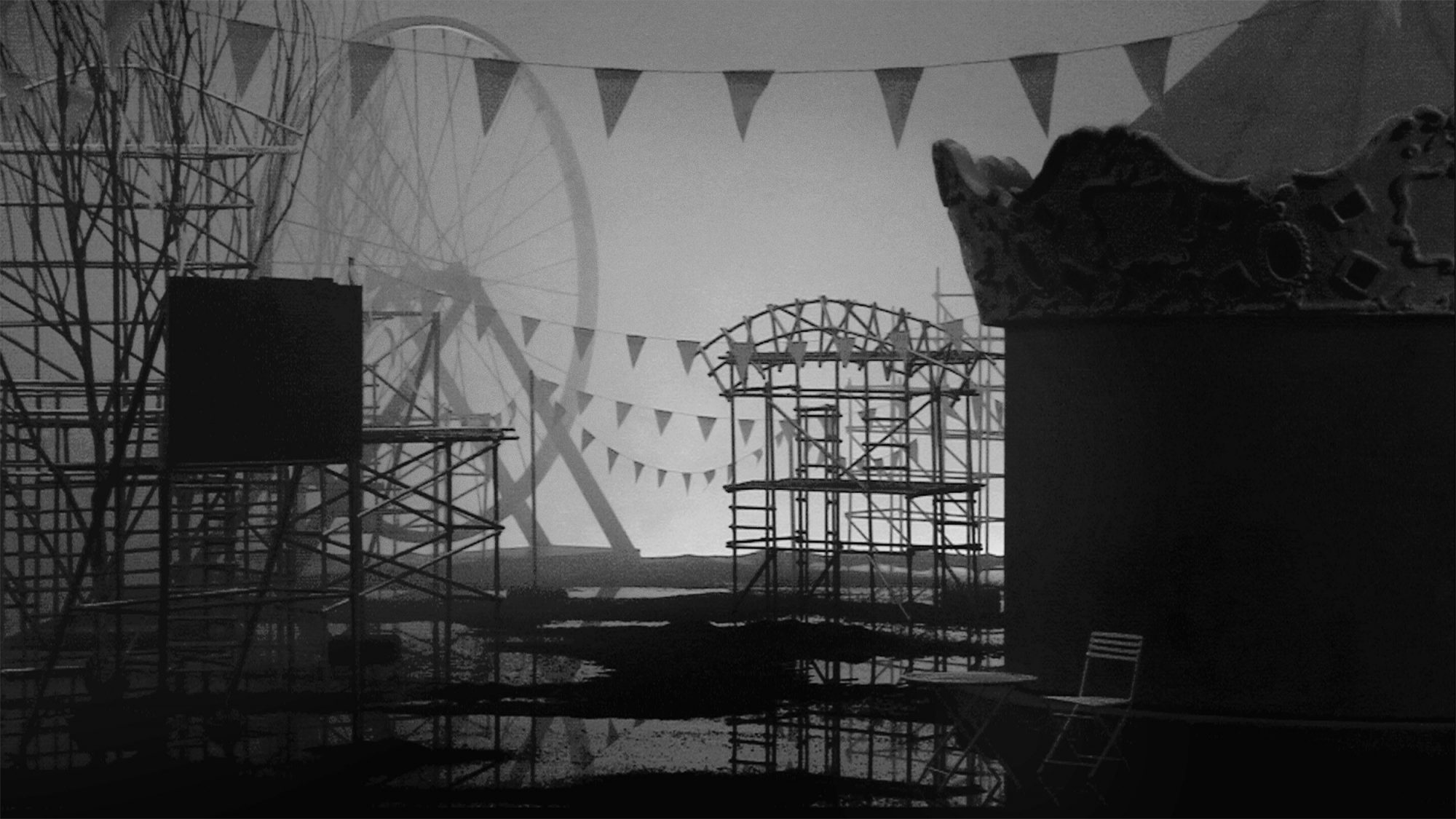 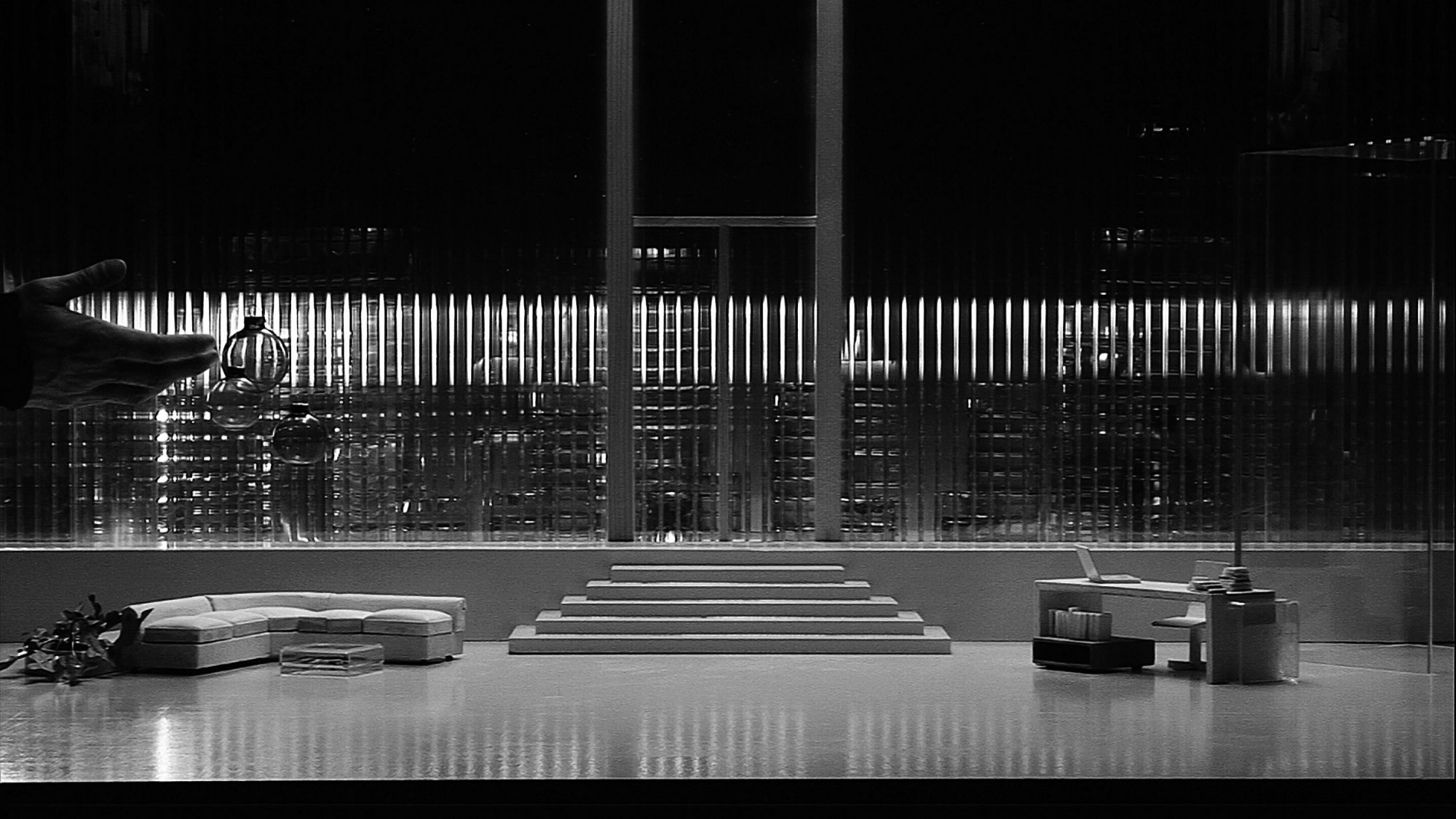 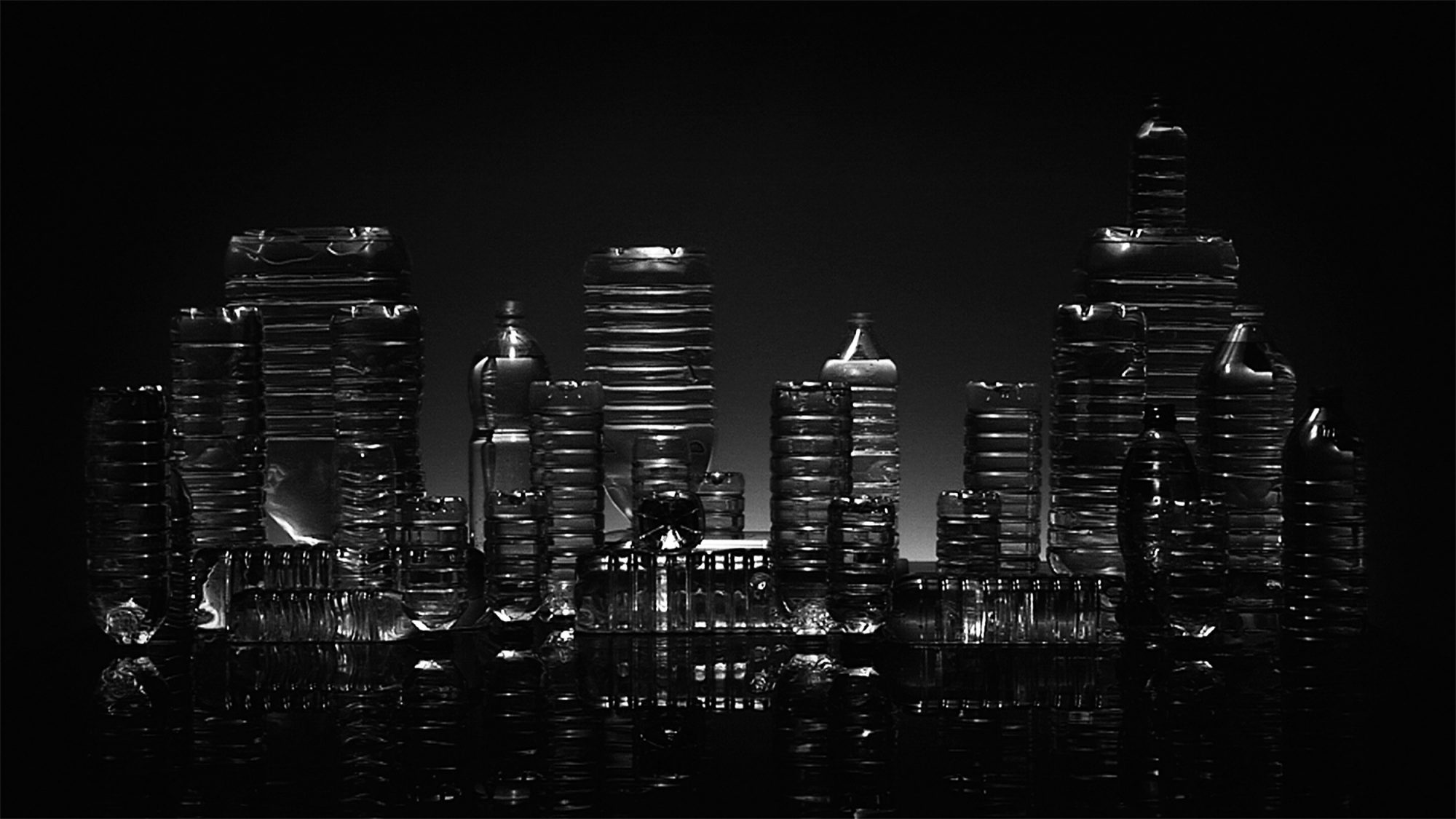 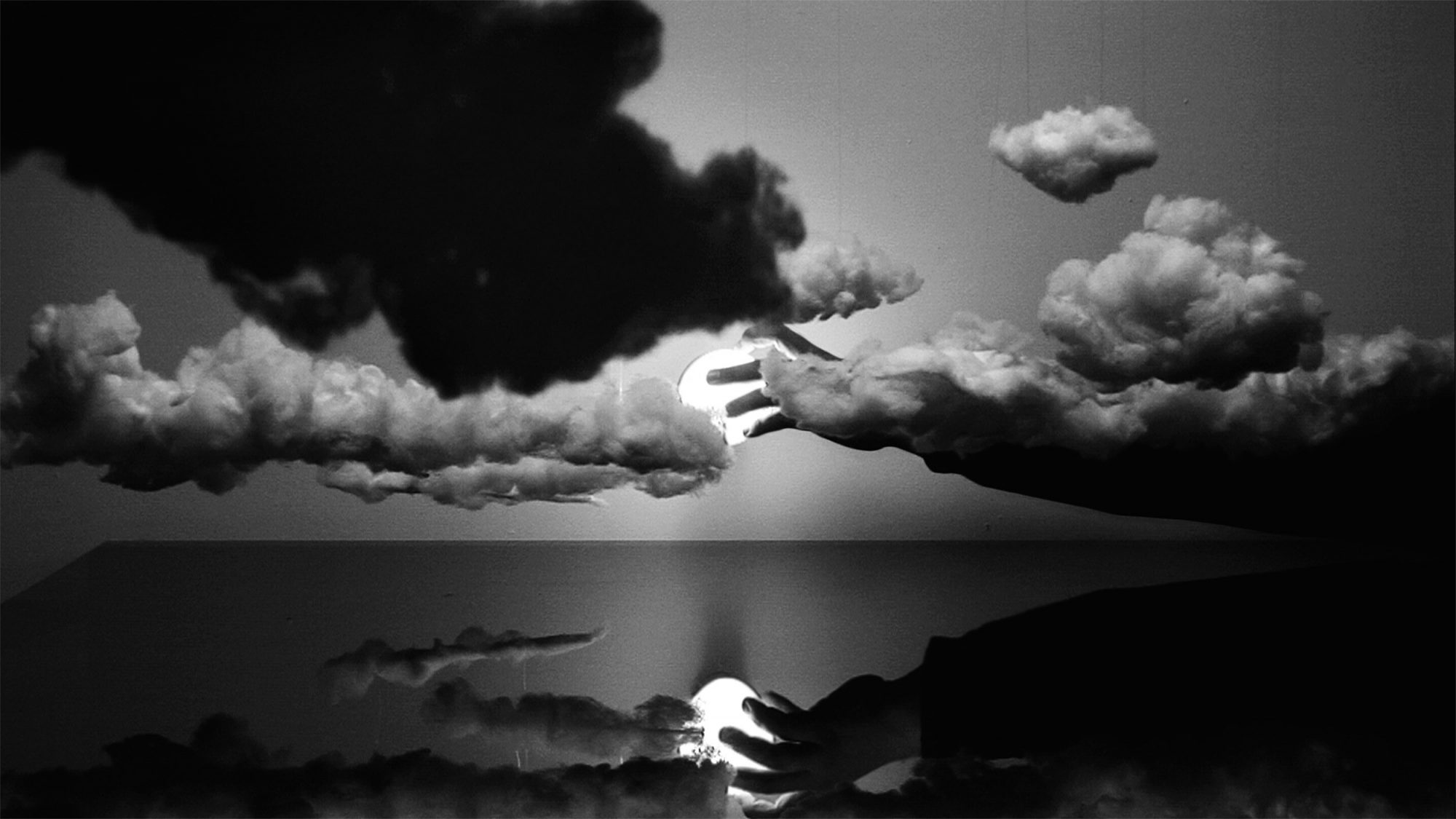 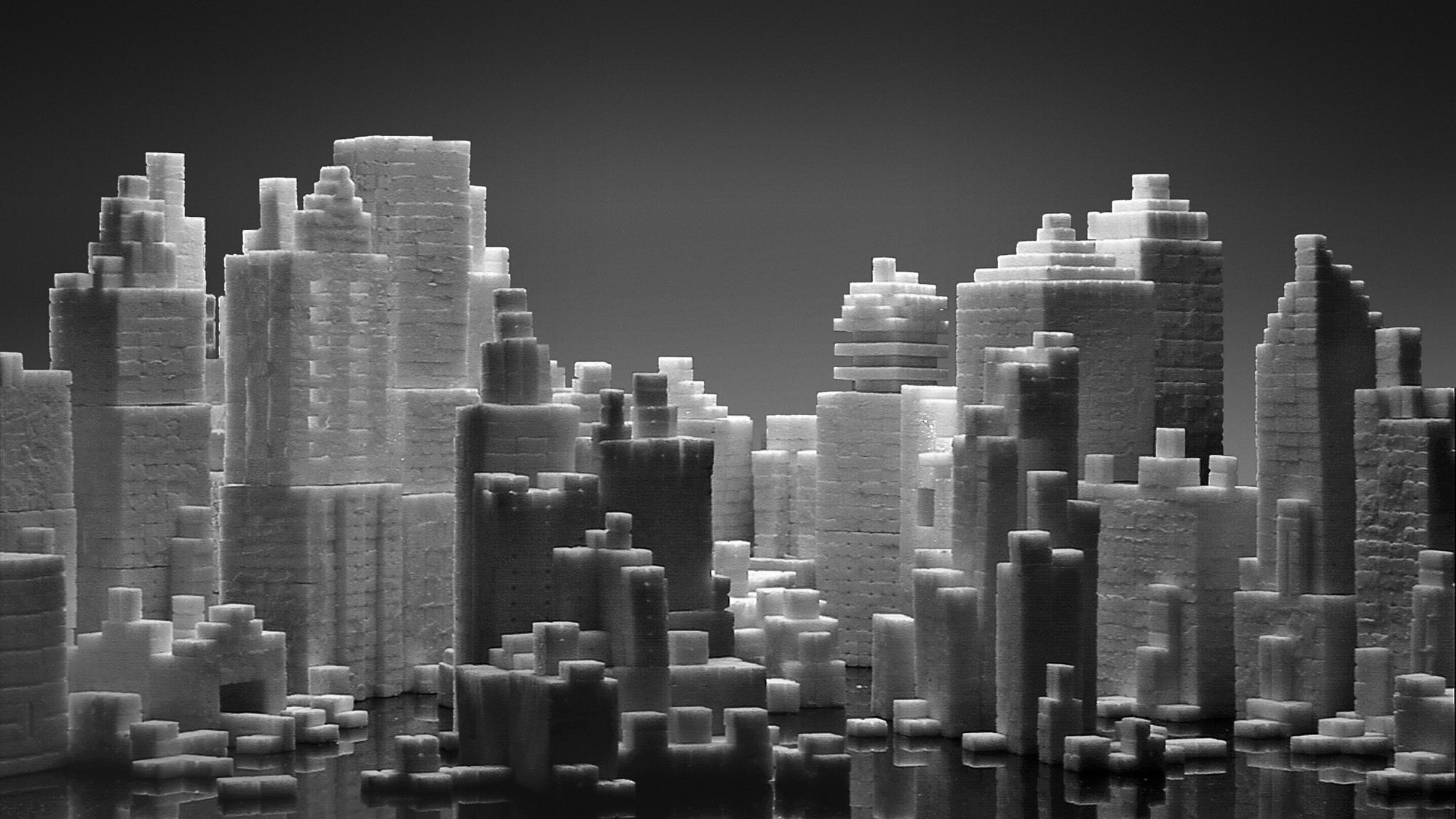 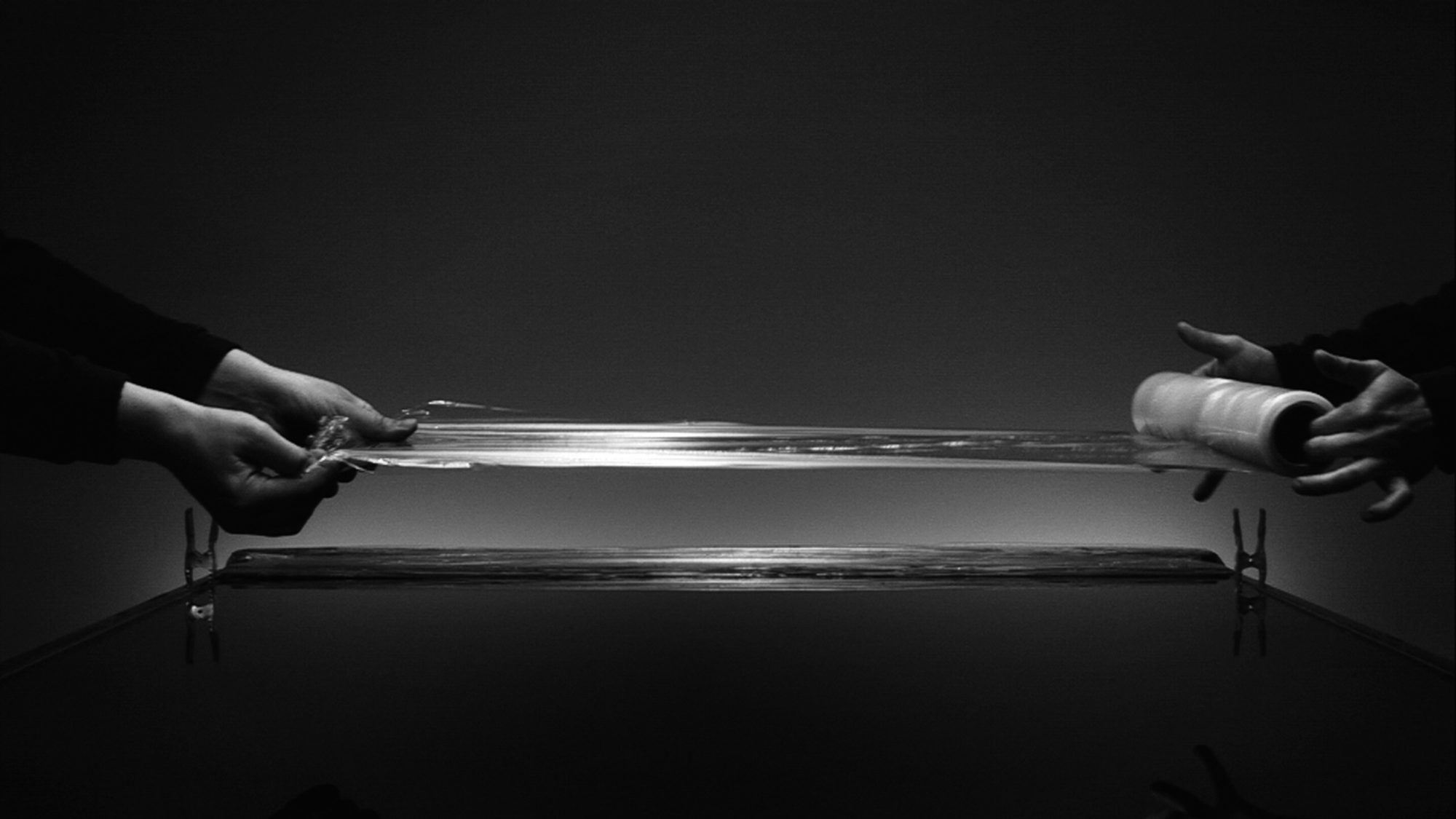 The presence of the theatre is directly invoked in the work 'Staging Silence (2)'. Shown as a 'black box' video installation, the monochrome footage depicts a small stage on which scenarios involving everyday household objects, foodstuffs and constructions are played out to a soundtrack by the Ambient composer Scanner. Hands appear in the margins of the screen, in the manner of a shadow play or puppet-show, to roll out the landscape like a carpet; water is poured and becomes a shimmering sea, whose gentle waves are raised with long black sticks. An island is fashioned in its midst, made from half-peeled potatoes and a bonsai tree, whilst a boat is fastened to a pontoon. We can observe every gesture, and each subterfuge is revealed as the scenes unfold. The more the artist reveals his sleight-of-hand, his artifice, the further it chimes with our imagination, and the more we are willing to suspend our disbelief, the most fundamental aspect that defines narrative. It challenges our predilection for present-day spectacles boasting seamless special effects, in which artifice and reality are indistinguishable.

In the final sequence, a vast city emerges, built painstakingly from stacked cubes of sugar. Then, black rain falls, administered by watering cans, which coats the buildings in their entirety and causes them to saturate and slowly melt and crumble into ruins.

The artist is cast in the role of omnipotent world-maker, though we are always aware of the Lilliputian dimensions of his creations, bestowing an air of charm and modesty to his magic box theatre.

New World - The Power of Dreams

Globe as a Palette - Contemporary Art from The Taguchi Art Collection

Open your eyes and admit it: video art- basically, moving images displayed on screens in art galleries – is the most riveting, the most reliably surprising …